Election 2020: How the Affordable Care Act is taking center stage
By Li Ruikang 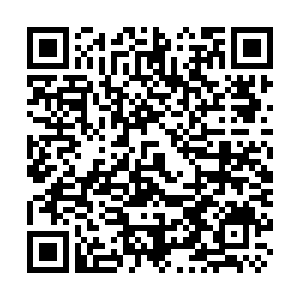 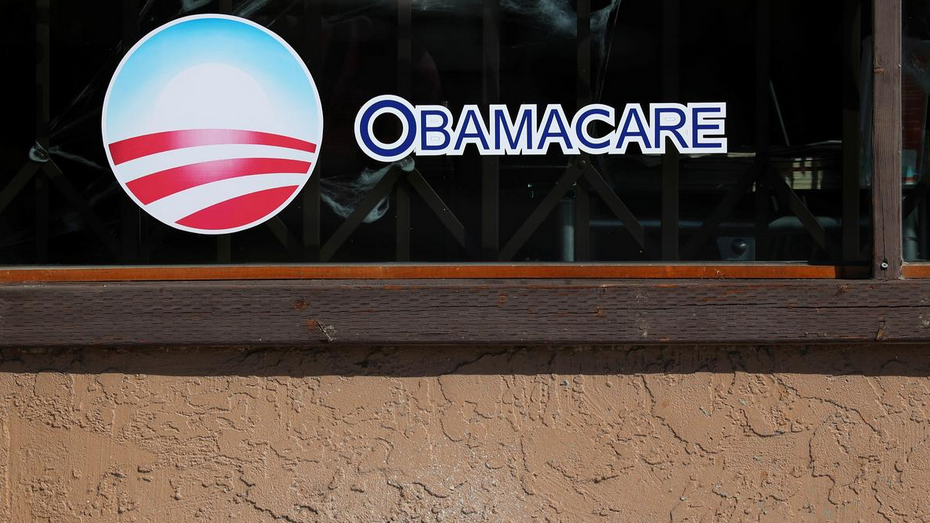 In deciding how to cast their votes on Election Day, Americans have to first answer one question – whether they want an administration that continues to build upon a key piece of health legislation, the Affordable Care Act (ACA), or one that sees the entire removal of the health law as its end goal.

President Donald Trump, who has successfully branded himself as a fierce opponent to the ACA, has long worked alongside his GOP colleagues in their push to scrape the law. But his unrelenting hostility towards the health law, especially in the midst of a deadly pandemic, has drawn concerns that it may be hurting his reelection chances.

How Trump's attacks may backfire

As the COVID-19 pandemic sweeps across the United States, tens of millions of Americans have lost their jobs and hence become uninsured, raising the stakes of catching a deadly disease without having the ability to pay for its treatment. What many of the unemployed can now count on is the inexpensive insurance options that were made possible by the ACA, popularly known as Obamacare.

The health law, which defined former President Barack Obama's domestic legacy, aimed primarily to increase medical coverage for low-income and unemployed Americans. Through an expansion of Medicaid, a federal program that provides free health care for the poor, and increased spending on subsidies for individual markets, it helps a huge bulk of people who were not qualified for Medicaid but still couldn't afford premiums to gain medical insurance.

As the fast-spreading disease raises the risk of people expecting costly medical bills, the ACA options, either enrollment of the free Medicaid or signing up subsidized premium plans, have become an indispensable safety net for the newly unemployed. According to an estimate by the Kaiser Family Foundation (KFF), 79 percent of 27 million people who have become jobless between March and May are eligible for the ACA coverage. 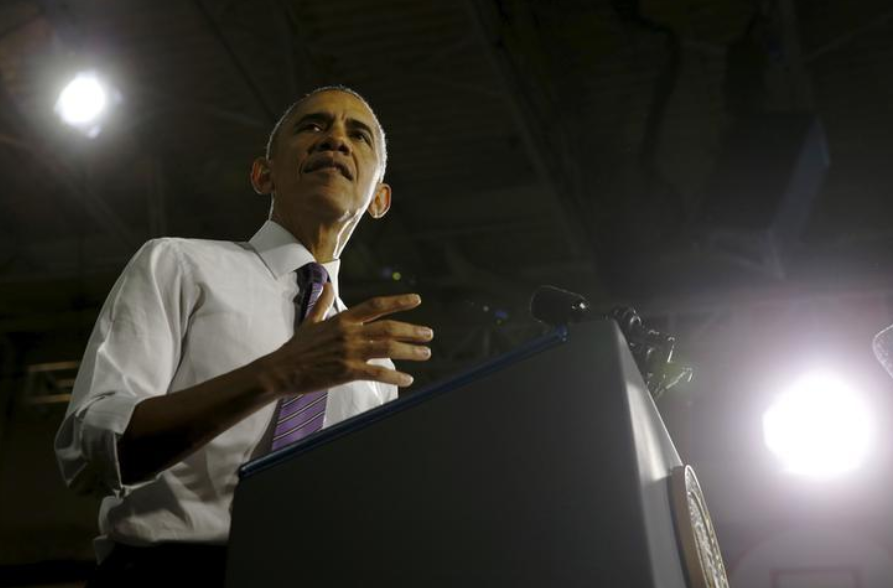 These realities have profoundly enhanced the ACA's significance, and that significance has even led Republicans to grow wary of the message they are conveying by pushing to gut the law.

"Politically, it's pretty dumb to be talking about how we need to repeal Obamacare in the middle of a pandemic," Joel White, a Republican strategist who specializes in health policy, told The New York Times. "We need quick solutions here; we need stuff that we can do tomorrow, because our countrymen are hurting."

But Trump's attacks on the ACA may still not have a great impact on his November performance, even though Republicans themselves have realized these problems.

The ACA issue has been highly politicized and Republican voters are not likely to stop supporting Trump for his dismissal on the law, Xin Qiang, professor and deputy director of the Center for American Studies at Fudan University, told CGTN.

"This is because Republicans have managed to paint the political wrangling over the ACA as an ideological clash with the Democrats. For them, it is no longer a social issue, nor a health issue," Xin said.

Putting aside the soothing effects it brings during the pandemic, the ACA has over the years made significant strides in offering people cheap and easy access to health insurance.

Before the emergence of COVID-19, more than 20 million people have gained health coverage thanks to the ACA, and according to Center for American Progress, if Trump manages to kill off the law, it would wipe out 23 millions of Americans' health insurance.

Nancy Pelosi, the House Speaker, once described "Trump and the Republicans' campaign to rip away the protections and benefits of the Affordable Care Act" as "an act of unfathomable cruelty." 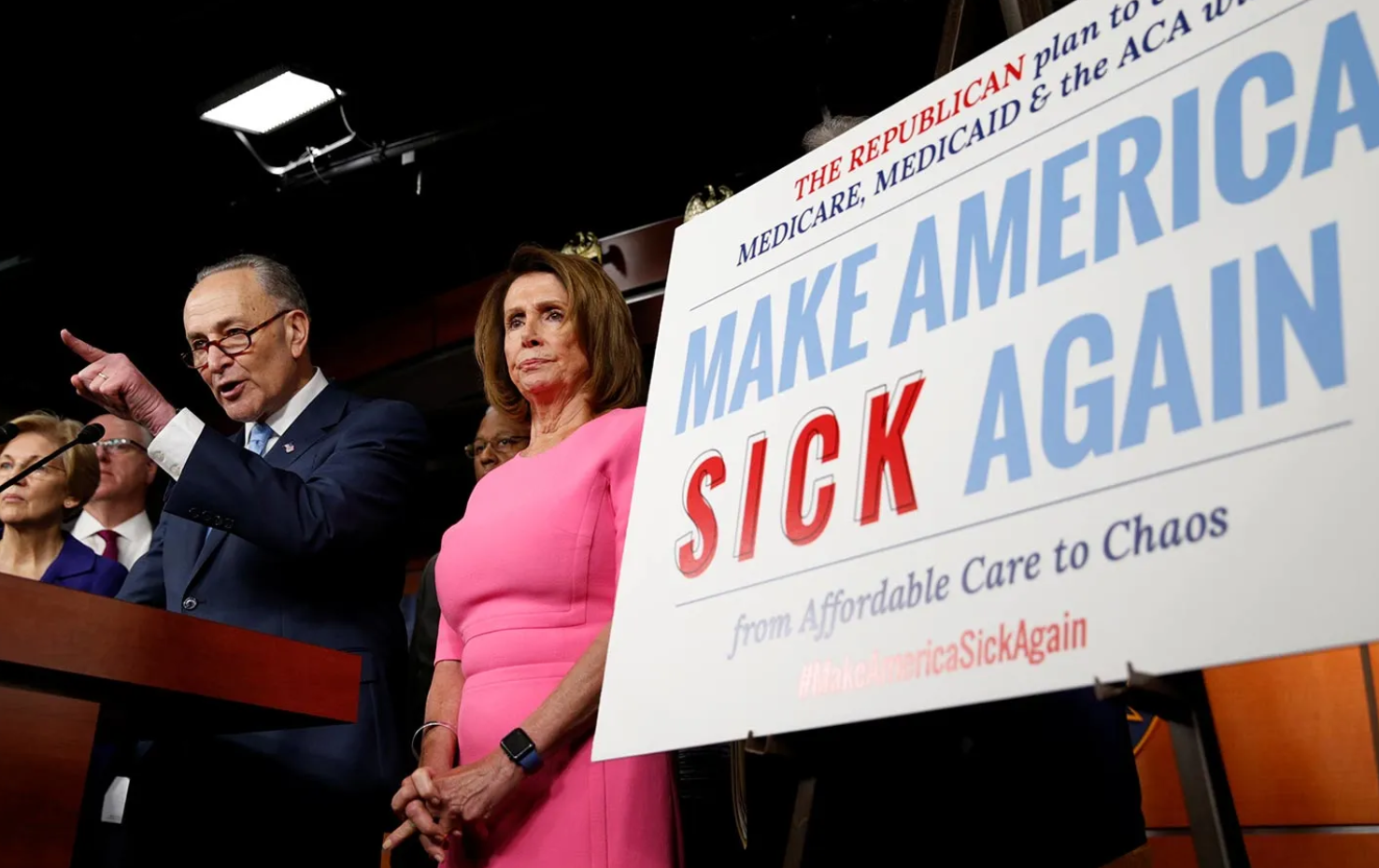 Behind this pro- and anti- ACA dichotomy is a long-fought battle between Democrats and Republicans. The Republicans, who believe the law represents a gross government overreach, have been persistently pushing for its abolition. Though they have largely failed to make their case in Congress, they did succeed in bringing a lawsuit against it.

The lawsuit, which made its way to the Supreme Court, will be heard on November 10, a week after Election Day. If chief justices decide by then that the law is unconstitutional, it will be struck down.

Trump, who desperately wants it to be repealed, will then come up with an alternative that would supposedly provide "insurance for everybody." But he has not yet agreed with his Republican colleagues on the details of what that alternative will look like. Of course, if the Supreme Court rules in favor of the ACA, their entire scheme would fall into pieces.

"But even when that happens, and if Trump wins the election, he won't stop attacking the ACA and will try to maneuver his way to replace it," Xin said. "As president, he will be able to use his executive privileges to make the law a merely nominal existence, like he has done during his tenure." 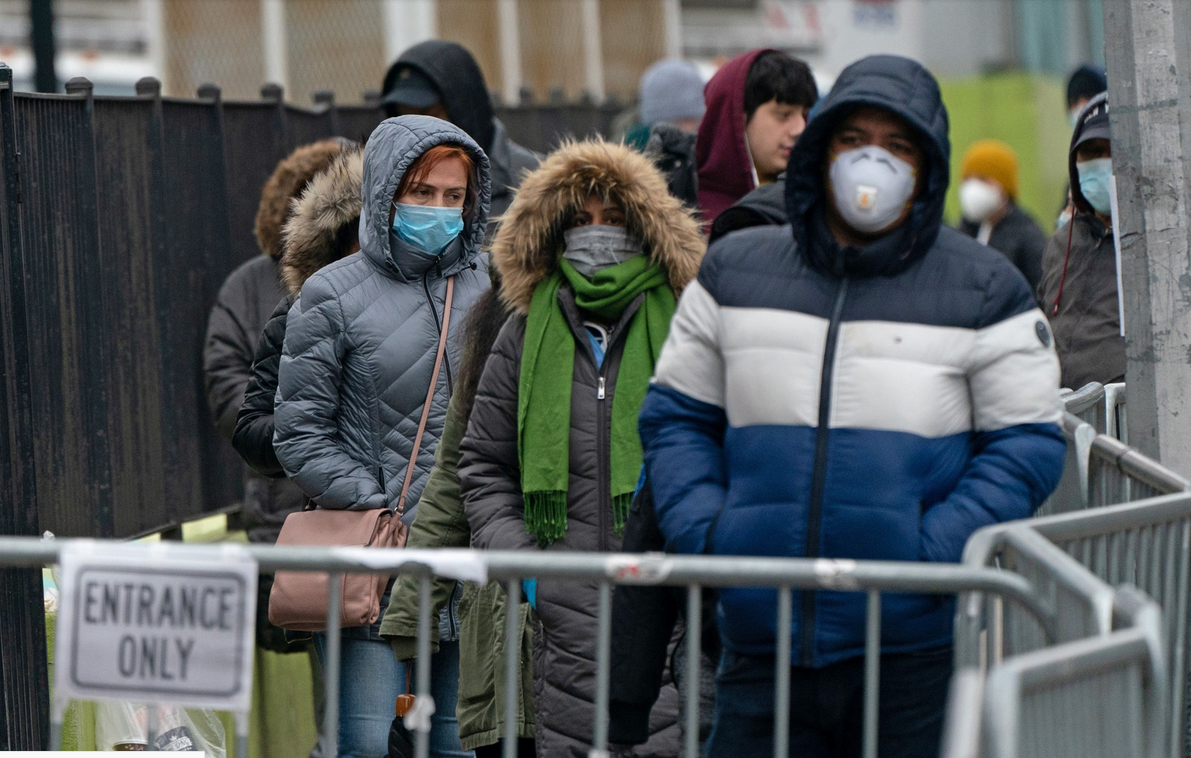 People wait in line to be tested for COVID-19 outside Elmhurst Hospital Center in Queens, N.Y., March 30, 2020. /Reuters

People wait in line to be tested for COVID-19 outside Elmhurst Hospital Center in Queens, N.Y., March 30, 2020. /Reuters

So far, the president has managed to strike down a key provision of the law – the individual mandate, which requires Americans to buy a health insurance or pay a tax penalty. On top of that, he also rejected reopening enrollment to uninsured Americans earlier this year, defying calls from health insurers and Democrats to create a special sign-up window amid the health crisis.

The ACA is not without its shortfalls, and they are quite outstanding. Over the years, insurance premiums have seen a sharp spike due to the significant rise in the number of people getting insured. The choice of insurer has also fallen, with companies pulling out of the ACA in some states because of unsustainable losses. During the pandemic, some of its weaknesses, which mainly stemmed from technical glitches, have also been starkly exposed.

The health law, like any other legislation, has always been imperfect, but health experts tend to agree that its pros outweigh its cons, and what's making it increasingly popular is the improvements and adjustments that have been made to strengthen the ACA.

Due to House Democrats' constant attempts to shore up the ACA, many of its limitations have been dimmed by its increasingly visible strengths. Since 2014, it is gradually gaining traction and approval rating for the law has soared. According to KFF's health tracking poll, over the span of the last six years, it has steadily risen from below 40 percent to above 50 percent, with this year's February, when COVID-19 just struck the country, reaching a record high – 55 percent. 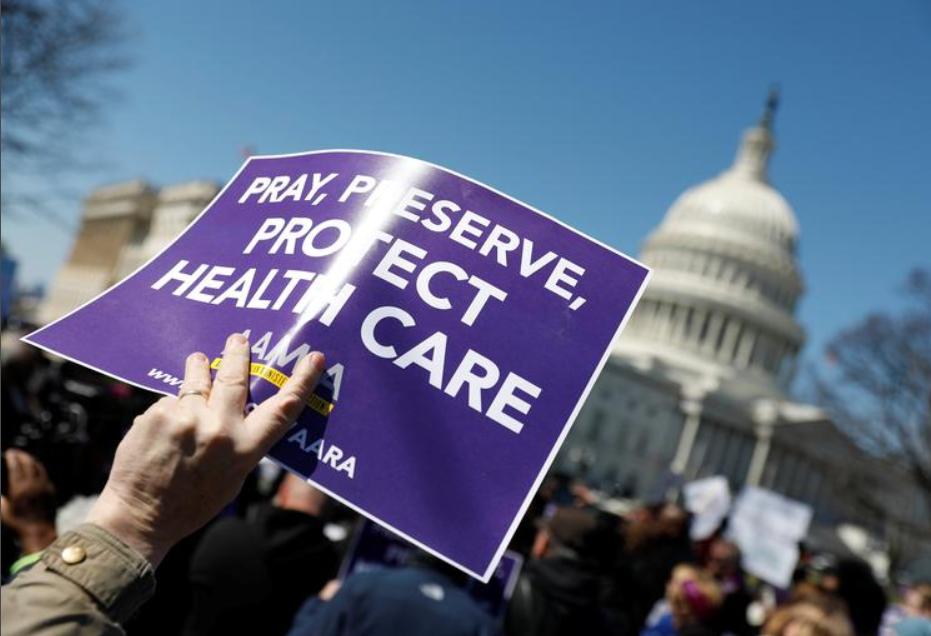 Demonstrators hold signs during a protest against the repeal of the Affordable Care Act outside the Capitol Building in Washington, U.S., March 22, 2017. /Reuters

Demonstrators hold signs during a protest against the repeal of the Affordable Care Act outside the Capitol Building in Washington, U.S., March 22, 2017. /Reuters

By doubling down their efforts on passing legislation designed to optimize the ACA, Democrats have been able to parley their emphasis on health care into an advantageous niche.

In 2018, shortly after they beat off Republicans' attempt to repeal the ACA in Congress, Democrats took over control of the House by hammering their health care record. An August survey by Pew Research Center also indicates that the Democratic Party holds wide advantages among voters, with 51 percent of those polled saying the Democratic could do a better job on health care and 37 percent suggesting otherwise. 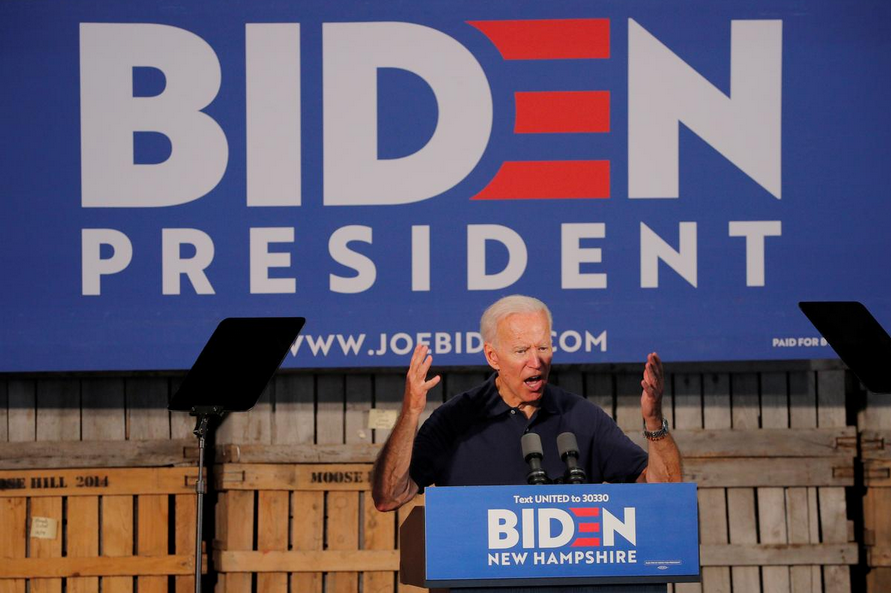 What Joe Biden is offering on health care not only contrasts sharply with Trump's make or break approach but also stays on the tracks of an anti-overhaul trend.

For Biden, who acknowledges the negative outcomes entailed by the ACA, his health strategy is built on reforming the law and maximizing its returns, an approach he believes is more acceptable in Congress because of its relatively low costs when compared with "single-payer system" proposed by his opponents in the Democratic primaries.

Among the chief pledges he has made are the addition of a "Medicare-like public option" that will compete alongside private insurance markets for working-age Americans, and further spending on premium subsidies that many working-class and middle-class workers use already under the ACA. Ultimately, he sees these moves as the next step toward universal coverage.

Observers also agree that Biden's approach is more achievable and that his health bill is more likely to get passed in Congress, but Xin raised his doubt on the prospect of Biden's proposal becoming law.

"As long as Republicans control either chamber in Congress, the attempt to strengthen the ACA may still prove futile due to Republicans' outright rejection," Xin said.

But for the upcoming election, Biden is bent on using the idea of reviving the ACA to his advantage.