Are there any parallels between U.S. and Weimar Republic?
Mike Cormack 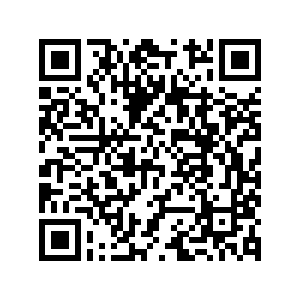 Comparisons with the Third Reich have not been uncommon during the presidency of Donald Trump, as seen in articles everywhere from the Washington Post to academic historians to a book titled, Donald Trump and Adolf Hitler: Making A Serious Comparison.

But given Godwin's Law (which states that as any online argument lengthens, the probability of one side being compared to Hitler or Nazi's increases), such comparisons feel almost rote. If Nazism is merely the easiest historical shorthand for "something that I think is very bad," then such analogies lose their significance.

Perhaps the better historical parallel is between Weimar Germany and the United States, not simply in the personalities of their leaders but in their political and cultural structures. For example, according to the sociologist and theorist Max Weber, nations must have a monopoly of political violence. Only the armed forces and police, in the right circumstances, should be able to wield physical force against threats, whether internal or external. Otherwise warlords, gangsters and terrorists can carve out their own alternative sources of power.

But in Weimar Germany paramilitary groups were endemic. Some were run by political parties (across the spectrum), while the "Freikorps" ("Free corps") units were indirectly controlled by the state to circumvent strict limits on army numbers in the Treaty of Versailles, and used to keep down leftwing uprisings. In the right-wing groups, it was held that German pride meant opposition to the entire Weimar state.

Yet many were effectively supported by the connivance of conservative government leaders who themselves had little great fondness for the republic. In time these groups were largely absorbed by the Sturmabteilung (SA) paramilitary wing of the Nazi party, which inevitably led to tension with the army once Hitler came to power, and thus its eventual extirpation in the Night of Long Knives in 1934. 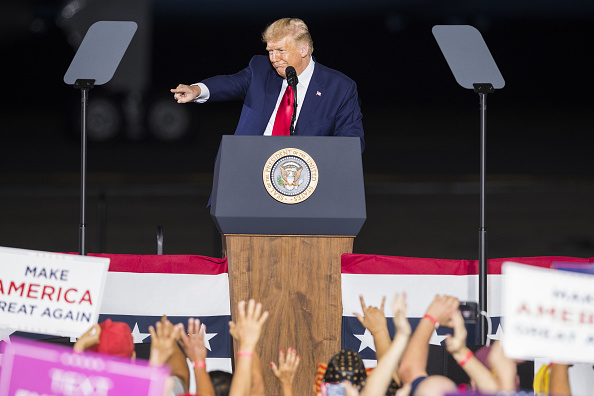 The monopoly on violence in the United States, however, has been greatly shaded by its founding myths of frontiersmen and colonial revolt. According to this self-conception, every man (it was always a man) had the right to defend his property by force, whether from theft, trespassing, or a tyrannical ruler.

The Second Amendment to the U.S. Constitution, meanwhile, affirms the right to bear arms. This might have been reasonable in a Jeffersonian nation of small farmers and a weak state, but in modern times, with high urban population density, advanced weaponry and a military budget larger than that of the next seven largest nations combined, it looks highly archaic. Especially with school shootings running at one every eight school days in 2018.

But these myths still endure. Gun ownership in the U.S. is estimated at around 120 firearms per 100 citizens – a rate doubles that of the nearest nation. And during civil strife, what seems like astounding numbers of people take matters into their own hands. Just last week, the lawyers of 17-year-old Kyle Rittenhouse tried to portray him as a member of the "well-regulated Militia" in the Second Amendment after he allegedly shot three protesters in Kenosha, Wisconsin. (The lawyers forgot that a militia only exists at the behest of a president or governor. Otherwise it's just an armed mob).

But, as with German connivance with the Freikorps, Donald Trump and the Republican Party see white terrorists as an alternative power source, a militia fighting for what they believe outside the legal niceties of the state. Trump's winking at and tacit approval of racial violence by whites has been breathtaking. Quite apart from the racial conflict he has encouraged, he has also further undermined the American government's monopoly on force.

So he said that a 2017 white supremacist rally in Charlottesville, Virginia, had "very fine people," cancelled grants to groups dedicated to countering white supremacist terrorism, Rhetorically he has often spoken of immigrants "invading" the U.S., as when he said in March 2019: "It's an invasion of drugs and criminals and people."

Asked if he saw white nationalism as a rising threat following an attack on two New Zealand mosques which left 51 dead, he countered, "I don't really. It's a small group of people." Unlike when he's talking about Islamic terrorism, Trump refuses to place white supremacism in a broader context. Just a handful of crazy nuts with big problems – unlike Islamic terrorism, which seems to be everywhere.

Were Trump a genuine dictator, he would corral these groups and set them on his enemies. As it is, he's content to enjoy how his words set them off. (While Trump has made remarks condemning white terrorism, his body language screams utter disinterest, since someone gave him the words and there he is, barely bothered about delivering them). So he is less a Hitler figure than one of the leaders of the Weimar Republic who unleashed forces that brought about its collapse.

Of course Trump has happily torn up conventions and norms when it suited him. But often this has been about removing impediments to his egotism and maintaining the pretence of competence in the face of his ignorance. His violence has largely been rhetorical. But by demonstrating the weakness of the American state and by giving succor to extremists who undermine it, Trump is a precursor of fascism, rather than its exemplar. Who knows what will come next?