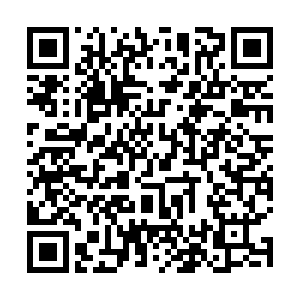 Screenshot from a CNN program

Screenshot from a CNN program

The head of world-renowned medical journal Lancet on Friday denounced Trump's statement on the timing of a rollout for a U.S. COVID-19 vaccine as "simply wrong."

In a Skype interview with CNN, Richard Horton, editor-in-chief of Lancet, said there will not be a vaccine available for public use by the end of October and President Trump is simply wrong about that.

He explained that although trials have been taking place in many countries with high-infection rate, reliable results cannot be guaranteed by the end of the year, since all data needs to go through meticulous verification.

"Regulators are going to ask many questions to establish the safety, not just whether it works," he said, adding that "I have no understanding why he is saying it. Because his advisers will surely be telling him that that's just impossible."

'Horton is not alone'

Horton is not the only one who had harsh words on Trump's timetable for a U.S. coronavirus vaccine. This year's Democratic vice-presidential nominee Kamala Harris also lashed out at Trump Saturday, saying she would not trust the president's words on the safety of any coronavirus vaccine approved for use in America before the November election.

Concerns over a vaccine being politicized have risen among scientific communities since the pandemic continues to affect much of the U.S., with the country registering 6.2 million infections and more than 188,000 deaths so far – both the highest in the world.

U.S. Centers for Disease Control and Prevention asked states to sweep away red tape that could prevent a network of vaccine distribution centers from being "fully operational by Nov 1, 2020."

The U.S. Food and Drug Administration has also raised the possibility that a vaccine might be given emergency authorization before the end of trials.

Trump dangled the possibility in front of supporters last week at the Republican National Convention saying the U.S. "will produce a vaccine before the end of the year, or maybe even sooner."

However, Anthony Fauci, the country's leading infectious disease expert, said Thursday that the initial results of vaccine trials could come in "November or December."

Fauci told CNN that being ready in October, before the election, is "unlikely, not impossible."

White House spokeswoman Kayleigh McEnany denied any pressure to get the vaccine out before voters head to the polls.

"No one is pressuring the FDA to do anything," she said Thursday. "The priority here is saving lives."