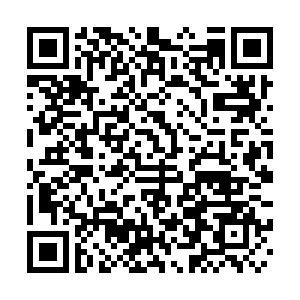 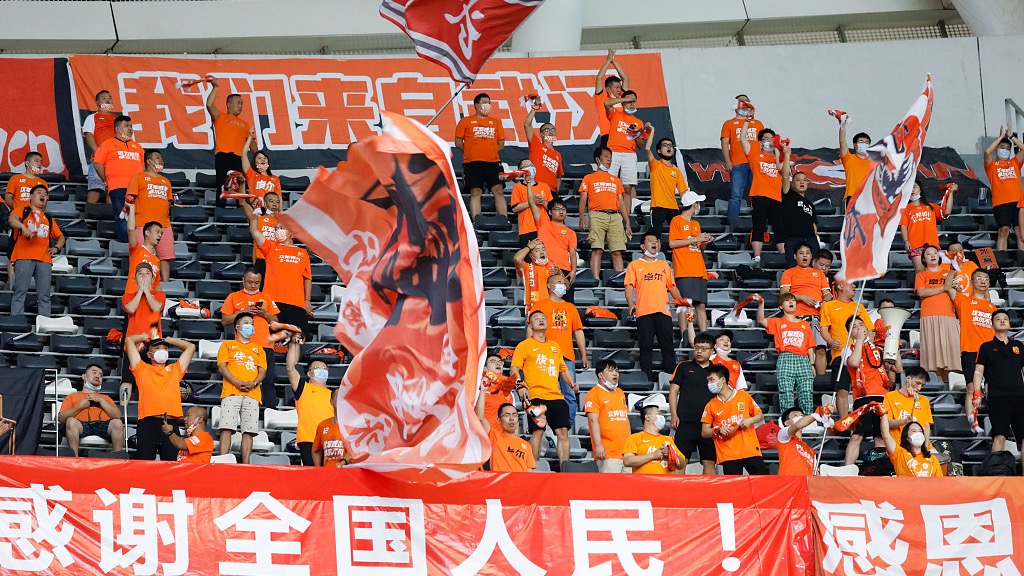 Wuhan Zall supporters celebrate on the stand as their team fight back to draw 2-2 with rivals Beijing Guoan during the Chinese Super League, Suzhou, China, September 6, 2020. /VCG

Wuhan Zall supporters celebrate on the stand as their team fight back to draw 2-2 with rivals Beijing Guoan during the Chinese Super League, Suzhou, China, September 6, 2020. /VCG

Fans of Wuhan Zall, the Chinese Super League (CSL) club from the former epicenter of the COVID-19 pandemic, on Sunday attended their first match in 280 days since the virus struck – and burst into tears as their team fought back to draw 2-2.

About 300 Wuhan supporters made the 750-kilometer trip eastwards to Suzhou, east China's Jiangsu Province and saw their side score twice in three minutes in the second half against title contenders Beijing Guoan.

The CSL has been slowly opening up to a very limited number of spectators, having started the season behind closed doors in July, but they must pass a coronavirus test in the seven days leading up to the game.

Beforehand, Wuhan supporters held a banner outside the stadium thanking the rest of China for its support in the central city's battle against the coronavirus.

Once inside they refused to sit down and sang almost non-stop, even when their team looked doomed at 0-2 down at half-time, before Brazilian Leo Baptistao and Jean Evrard Kouassi of the Ivory Coast struck to drag Zall back into the game. 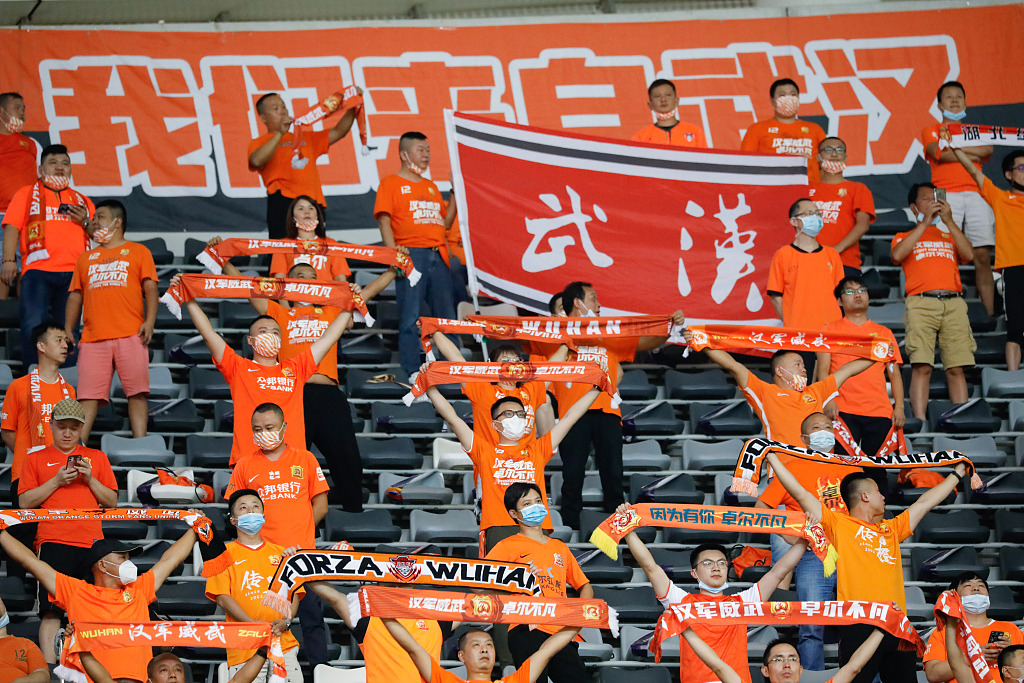 "We have hearts of absolute sincerity and stay united through the wind and waves," the Zall fans sang, the chant reverberating around the mostly empty Suzhou arena, where they were spaced out by one meter as part of epidemic prevention measures.

After the draw was eventually clinched, the Zall fans, bouncing on their feet, banging drums and with their arms flung over each other's shoulders, serenaded their side with cries of "Wuhan! Wuhan!"

The whole squad and coaching staff went over to that corner of the stadium and applauded.

"When the two foreign players scored and we equalized, we couldn't help but burst into tears in the stands," said Gao Yajun, who had left Wuhan for the first time since the coronavirus emerged there.

The 42-year-old – whose nails are painted in Zall's orange-and-white colors and has a face mask with the team's fiery emblem – and many other supporters struggled to sleep in the build-up to the game because they were so excited.

"We are really happy, and I feel maybe tonight we won't sleep again," she said.

Along with Dalian, Suzhou is hosting games this season in the CSL, which has been reformatted and kicked off five months late because of the virus. 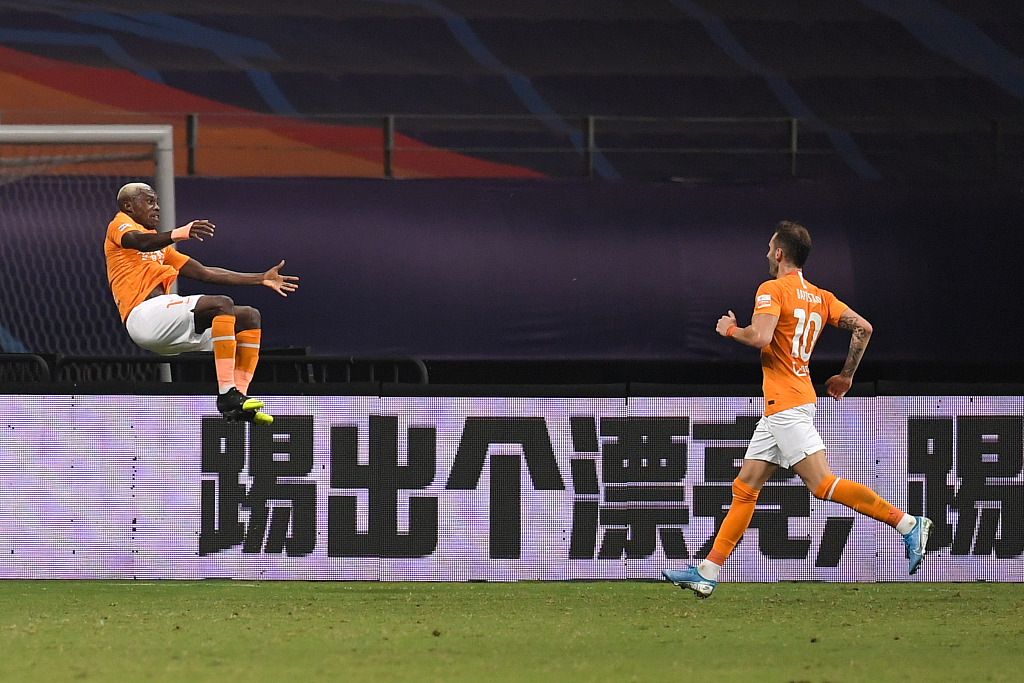 Fans going to football matches is more evidence of China's recovery from the coronavirus – the number of new infections has plummeted since the country shut down in February.

However, the return of Wuhan Zall supporters – nine months after they last saw their team in the flesh in the CSL – is especially symbolic.

In late January, Wuhan and its 11 million people was the first city in the world to go on a coronavirus lockdown. It dragged on for 76 days and was particularly harsh.

"But now after the restart (of life) and our return to the stadium, we can show the spirit of the Wuhan people and our fans to other fans across the country, and even to the whole world," said Gao.

This was also 74-year-old Shi Anshi's first time out of Wuhan since the lockdown was lifted.

Shi, who has had "several" coronavirus tests, and his fellow Wuhan fanatics are aware that a stigma surrounds their city. He has a message: "Wuhan is definitely safe now, I hope you all come to Wuhan for sightseeing. And if you are a football fan, come and cheer for the team with us."

Zall remain third of eight teams in the Suzhou group and their Spanish coach Jose Gonzalez said: "For me and the players the supporters are very, very important.