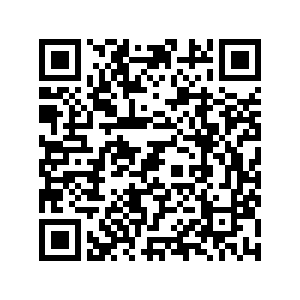 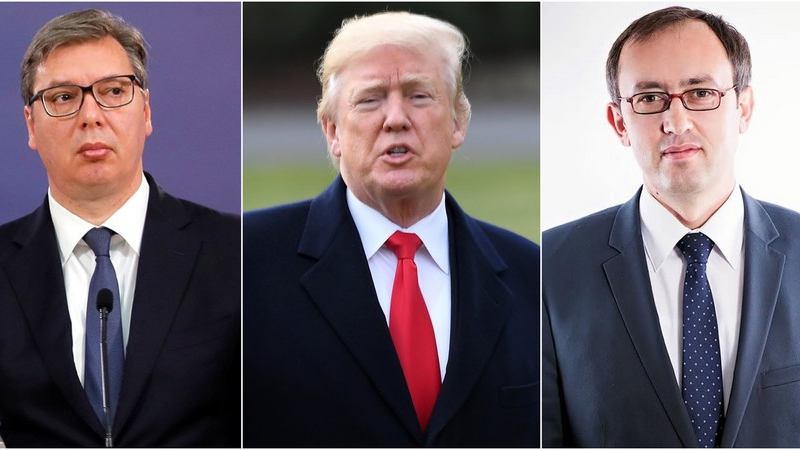 The Trump administration has already rushed to call the signed agreement on the normalization of economic relations between Belgrade and Pristina a historic breakthrough, although it has nothing to do with the essence of the conflict between the conflicting parties.

Kosovo and Serbia Economic Normalization agreements are more like a political document than an economic one and ties the hands of Serbia, and makes it even more dependent on the United States.

Belgrade and Pristina have agreed to work with U.S. financial institutions on the funding of projects and enterprises. The United States promised both sides loans for strategic infrastructure developments.

However, the agreement does not specify either the timing or the amount of financial assistance for the implementation of these projects. In this respect, what was signed can be considered as a piece of paper, nothing more.

In fact, behind the desire of the United States to normalize economic relations between the two sides, there are completely different interests, in particular political.

First, the U.S. intends to isolate Serbia from Chinese influence, especially to nullify Belgrade's cooperation with Huawei. Serbia and Kosovo will remove 5G equipment from their mobile networks provided by what was termed "untrusted vendors" from their mobile networks, and to prohibit such vendors from bidding in the future. It is clear that we are talking about the Chinese company Huawei, with which President Trump has been openly at war for a long time. It remains a mystery why Vucic agreed to this clause of the agreement, especially given his commitment of friendship with China.

Second, considering the structure of Serbian energy imports and the fact that Serbia and Russia are very closely linked by cooperation in the field of natural gas, the United States is trying to reduce the level of Russian-Serbian relations in the field of energy resources. And here's the result: Serbia and Kosovo agreed to diversify their energy sources. 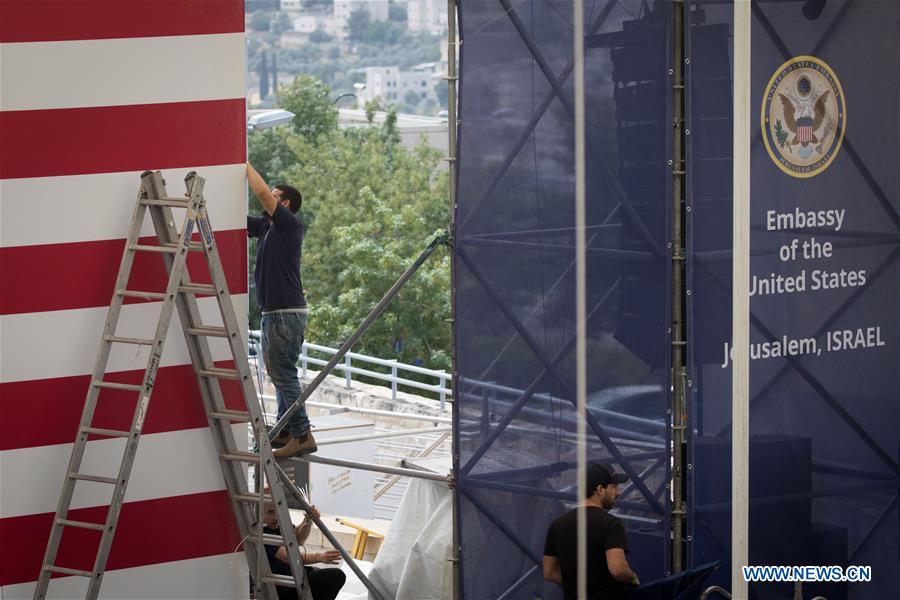 Workers prepare the stage for the opening ceremony of the new U.S. embassy in Jerusalem, May 13, 2018. /Xinhua

Workers prepare the stage for the opening ceremony of the new U.S. embassy in Jerusalem, May 13, 2018. /Xinhua

Third, the U.S. is trying to increase Israel's influence in Serbia and Kosovo. Israel benefited most from this treaty. Under the terms of the agreement, Serbia agreed to move its Israeli embassy to Jerusalem from Tel Aviv in July 2021, and Israel and Kosovo agreed to mutually recognize each other and establish diplomatic relations. Kosovo also announced that it will move its embassy to Jerusalem. In addition, both Belgrade and Pristina agreed to label Hezbollah as a terrorist organization. This step by Serbia may lead to aggravation of relations not only with the Arab and Muslim world, but also new recognition of Kosovo by some Muslim countries.

All these points have nothing to do with the essence of the conflict between Belgrade and Pristina, and in no way serve to improve economic relations between them.

Finally, perhaps the worst clause of the agreement for Serbia – the one that the Trump administration considers to be the main diplomatic achievement at the Washington meeting – is about Pristina's commitment to freeze the process of joining international organizations for one year, and Belgrade's commitment to freeze the struggle to withdraw the recognition of Kosovo. During the year Serbia will not conduct any campaign to withdraw the recognition of Kosovo.

Russia and China played an important role in this issue, since these two countries are currently the only guarantors of the preservation of Resolution 1244, according to which Kosovo remains part of Serbia. And while Belgrade remains inactive in this direction, Pristina will be able to freely promote its work in favor of the recognition of the so-called "independence."

It is clear that everyone except Serbia has benefited greatly from the above treaty between Belgrade and Pristina. Donald Trump was able to receive another "foreign policy bonus" on the eve of the presidential elections (the first bonus being the normalization of relations between Israel and the UAE); Kosovo and Israel agreed to normalize diplomatic relations; Israel will receive two European embassies in Jerusalem. And what did Serbia get in return? Unfortunately, nothing but promises, because the signed documents mostly reflect the interests of the United States and its allies.

The Washington meeting showed that the conflict in Kosovo will not find a full-fledged settlement under the auspices of the United States without the participation Russia, China and of course some leading EU countries.