Why the long-term outlook for China-U.S. relations is positive
Bobby Naderi 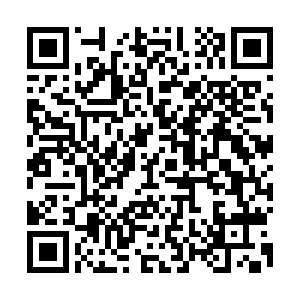 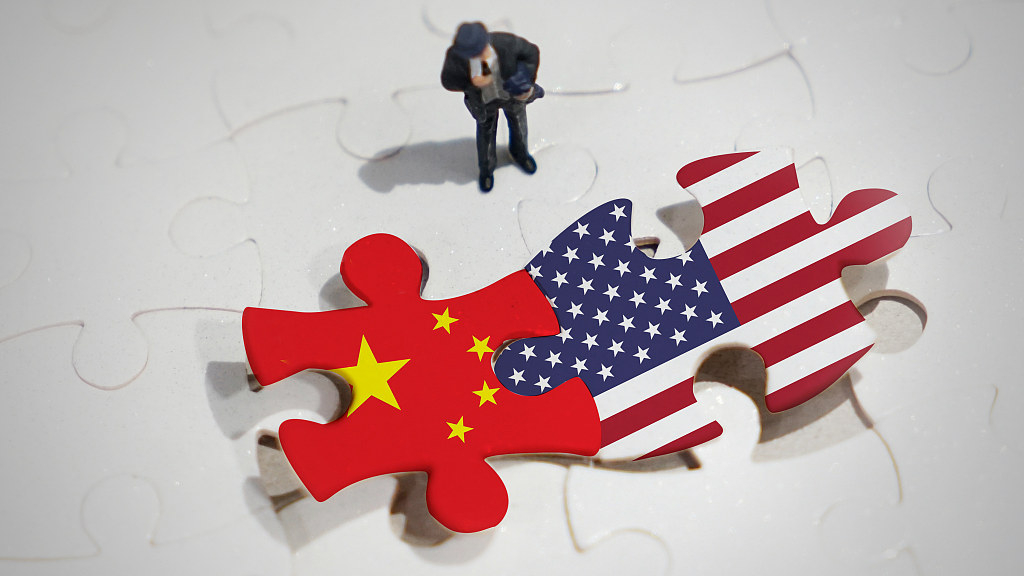 Editor's note: Bobby Naderi is a journalist, guest contributor in print, radio and television, documentary filmmaker and member of the Writers Guild of Great Britain. The article reflects the author's opinions and not necessarily the views of CGTN.

There is still a bit of silver lining for the China-U.S. relations in this pandemic season of ours. It's always there, and it helps not only the two countries but all of humanity on a falling planet.

A pessimist might argue that's like getting mired in the quicksand of wishful thinking, as the undercurrents are still counterproductive, and the signs of the declining cooperation and interdependence are everywhere.

It's fairly obvious that these are truths. With growing belligerence, the Donald Trump administration has taken a variety of politically hollow and election-themed actions against China: deploying U.S. aircraft carriers in the South China Sea and weaponizing Taiwan, restricting Chinese apps WeChat and TikTok, forcing Huawei from the Western markets, needling Chinese media outlets and journalists, arbitrarily closing a consulate in Houston, derailing civil society programs and cultural events, banning Chinese diplomats from traveling to the U.S., canceling the visas of graduate or higher-level students and scrutinizing scientific researchers at airports.

It's a long list of corrosive minefields between the two countries, and all bets might seem off. It's hard not to despair. The evermore virulent criticisms and calculations might be useful in the short term for the maestro of "the art of the deal" and crew with their own clouded version, but they cannot affect China's long-term incentives.

To think that through, China has been living with a storm cloud. But it has also learned to find the bright side, seeing that the political and ideological position of the Trump administration's senior officials doesn't necessarily reflect that of many American people, companies, cultural institutions and academics. As trade partners and despite fundamental political differences, the interests of the U.S. and China are still interconnected, and they cannot decouple.

A big part of it is that China hasn't upped the stakes or succumbed to dangerous complacency while trying to respond to Trump's bankrupt, overwrought and uncontrolled actions and dystopic mess. As a goodwill gesture, China has not indulged in unnecessary escalation or anything reckless that might imperil the relationship. It has even bought more than 1 trillion U.S. dollars in U.S. debt in the form of Treasury bills, notes and bonds.

By walking on the right path, the world's second-largest economy has managed to create a global place for itself and has become a silver lining for American consumers, businesses and farmers. The plus point is that the political class in Beijing remains pragmatic, and it knows when to stop and when to push ahead under the fundamental norms of international law and the UN Charter.

That all sounds auspicious, especially seeing that the political class in Beijing further has the imagination to follow persuasively through on its engaging principles. As encouraged by President Xi Jinping, China has continued to improve its policies of opening the economy of 1.4 billion consumers for Western trade and protecting intellectual property rights, among others.

China cares about its reputation, too. It has never tried to undermine its own soft power, which translates into fair governance at home and accountable performance abroad. It hasn't mismanaged or withdrawn from bilateral and international treaties. On balance, it has been honest in implementing international obligations and undertakings.

This is essential because the bilateral relations have been there for more than 40 years, and they are worth shielding. The two big powers have hit new lows in their dealings, but they have succeeded in resolving their issues, regardless of who blinked first and who hurt the economic interdependence. 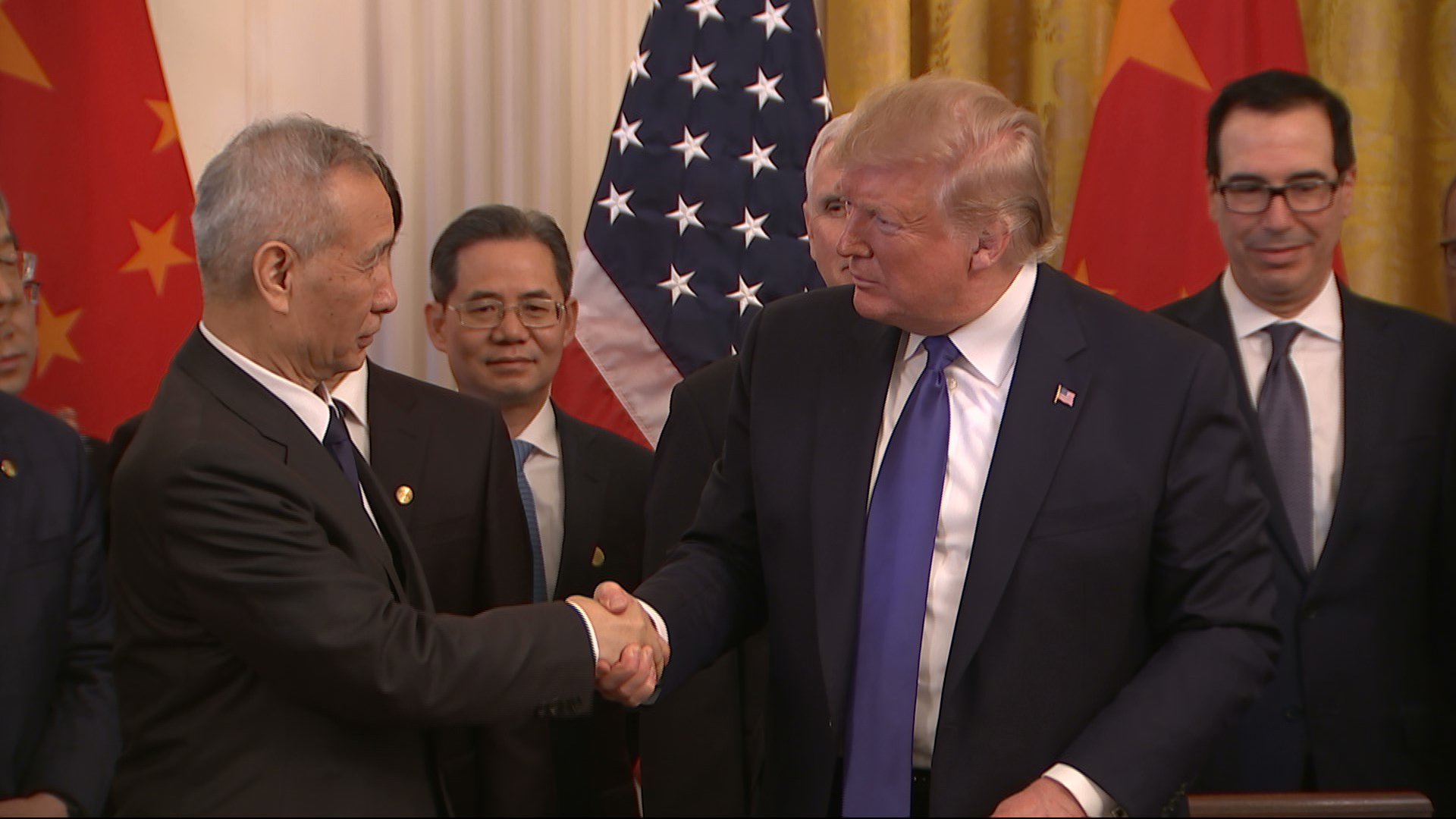 No one can say with certainty what will happen next because the blame game and the grim pandemic have changed many possible outcomes. Still, both sides were able to temper their trade war, for instance. They signed phase one of the trade deal in January. Trump reportedly wants phase two because China is buying agricultural goods, and it's a relief to cash-strapped American farmers.

But this is not just about two governments trying to live with each other or realize their full potential. It's also about multilateralism and the rule of law that help maintain peace, stability and development in the world since most countries seek all-out relations with both the U.S. and China.

A well-ordered and fruitful relationship void of acrimonious trade and tech war and based on mutual understanding and shared benefit will also help establish global order and security. Needless hegemony and containment will turn the relationship from one of mutual trust into strategic friction and ideological struggle for nothing. Declining cooperation will inflict pain on the global economy, as well as their own citizens and markets. It's a well-established fact.

In the age of multilateralism and the midst of a grim pandemic that doesn't care about borders, both powers need to make room for one another by balancing realpolitik and integration. It's a policy that doesn't lead to future enmity but responds to rational analysis and deliberation.

In a planet troubled by transnational issues, such as the 21st-century public health nightmare, climate change, terrorism, organized crime and cybercrime, China and the U.S. stand to win if they likewise cooperate with Europe and others.

Washington and Beijing have time to think that through, perhaps by considering different scenarios based on current demands and trends. With the right choices, Beijing has provided that well-defined opportunity while working out a new type of relationship in keeping with the new reality. The Trump administration needs to avoid pursuing primacy and dominance, as well as all-out containment as a strategy that it knows plays only to its base and is outright self-defeating.

Seen from a global perspective, the troubled relationship might have had its ups and downs, but it serves no one's interest to push it into a dangerous new low and present it sunny-side up.

Given the state of this planet, both the U.S. and China need to acknowledge the legitimacy of each other's economic models and respect their core principles and values to pave the way to a shared future. Looking ahead and imagining all possibilities, it is difficult to say what relations will be like in the short term. To use a cliche, they are likely to get worse before they get better. But one thing is certain: the long-term outlook is positive and hence universally desirable.