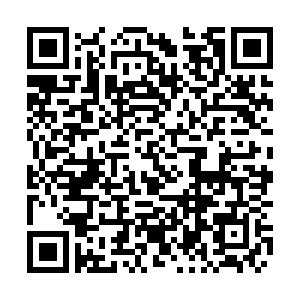 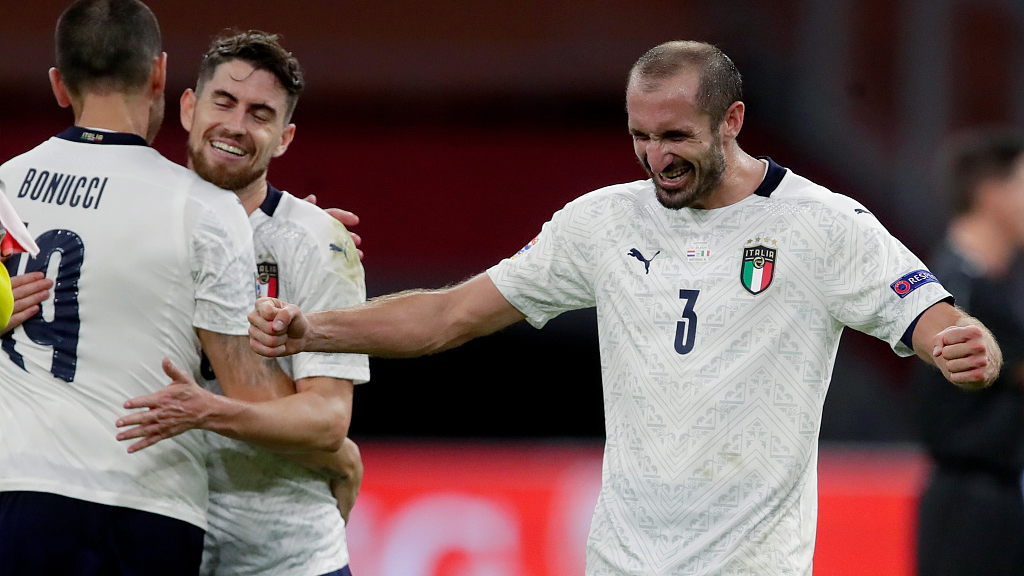 Giorgio Chiellini of Italy (R) and teammates celebrate during the UEFA Nations league match against the Netherlands in Amsterdam, Netherlands, September 7, 2020. /VCG

Giorgio Chiellini of Italy (R) and teammates celebrate during the UEFA Nations league match against the Netherlands in Amsterdam, Netherlands, September 7, 2020. /VCG

Nicolo Barella extended Italy's two-year unbeaten run as he scored the winner in Monday's 1-0 victory away to the Netherlands in the Nations League while Erling Haaland netted twice for Norway in a 5-1 thrashing of Northern Ireland.

Roberto Mancini's Italy saw their record 11-match winning streak end with last week's draw against Bosnia and Herzegovina but got the best of the Netherlands in Amsterdam courtesy of Inter Milan midfielder Barella's header in first-half stoppage time.

"It was a great performance by the entire team, we played with personality. We earned a great result and we are all happy, especially with the performance," said winger Lorenzo Insigne.

"We could have scored more goals and killed the game but we still earned the three points. That is what counts most."

However there was concern for Nicolo Zaniolo who limped off with a knee problem. The Roma midfielder had only returned from a serious left knee injury in the summer.

Italy move top of League A, Group 1 while Poland registered their first points after a 2-1 win over Bosnia in Zeneca despite the continued absence of rested striker Robert Lewandowski.

Haris Hajradinovic put Bosnia ahead on 24 minutes with a penalty but Kamil Glik's powerful header pulled Poland level at the break before Kamil Grosicki nodded home the winner.

Romania came out on top against Austria in Klagenfurt, with Denis Alibec, Dragos Grigore and Alexandru Maxim on target in a 3-2 victory.

Christoph Baumgartner had equalised for the hosts and Karim Onisiwo struck a late consolation as Austria ceded top place in League B, Group 1 to their opponents. 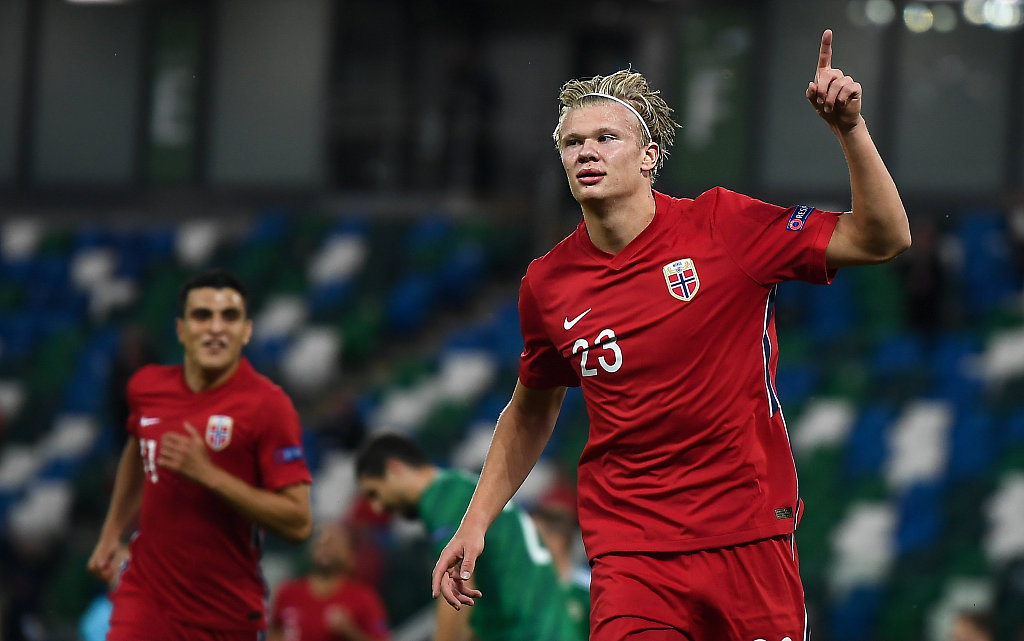 Paddy McNair cancelled out Mohamed Elyounoussi's fine finish but Haaland, who struck his first international goal in Friday's defeat, thumped in from the edge of the area to restore Norway's lead.

Alexander Sorloth scored twice, the second via an assist from Haaland who completed the scoring on the hour with another superb finish.

Scotland scraped past an inexperienced Czech Republic 2-1 in Olomouc to go top of League B, Group 2.

The Czechs on Sunday announced a squad comprising 21 newcomers for the Scotland encounter after two backroom staff tested positive for COVID-19.

Jakub Pesek put the home side in front early but Scotland hit back through Lyndon Dykes who grabbed his first international goal on 27 minutes.

"It was far from ideal for them but it wasn't ideal for us," Robertson told Sky Sports.

"Three points, we're top of the group and we can't complain. We were probably on a hiding to nothing."