Shoe of U.S. clampdown on Chinese media now on the other foot
Stephen Ndegwa 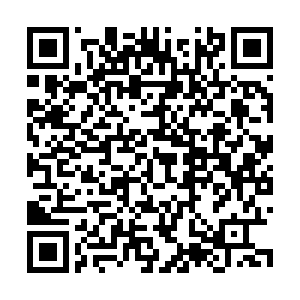 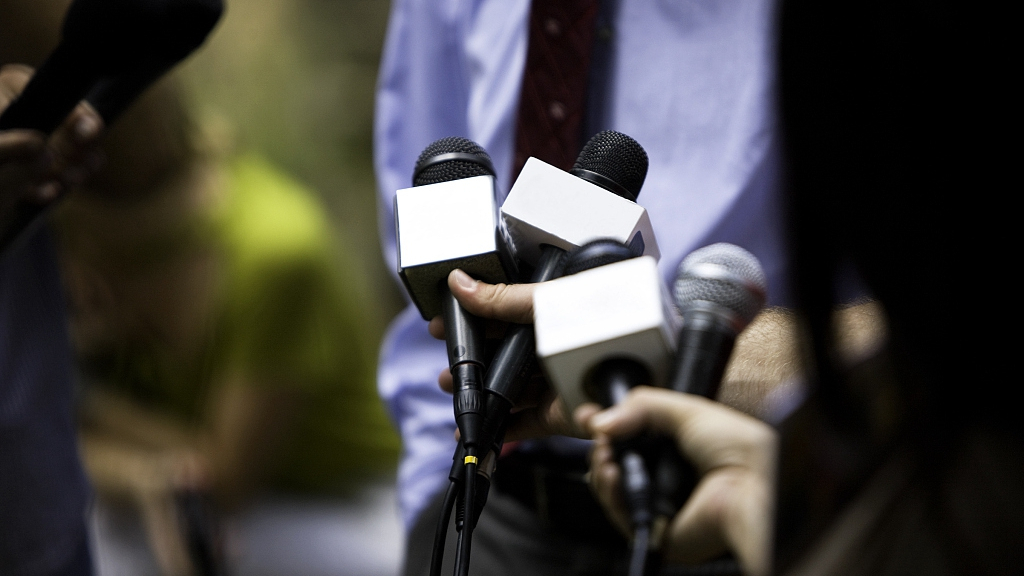 Look who is crying foul now. A story published by America's CNN on Monday, "China imposes new visa restrictions targeting U.S. media," was full of lamentations about the imposition of "new visa restrictions on foreign journalists working for U.S. news organizations in China."

According to the article, a few journalists working for U.S. media houses in China seeking visa renewal have received temporary working documents with a two-month visa validity, as opposed to the one-year renewal. Further, the temporary documentation and accompanying visa can be revoked at short notice, which the U.S. journalists say puts them in abeyance.

It is interesting that, finally, U.S. media exposed Washington's vengeful ways by referring to the ongoing media tensions as a tit-for-tat game. But what the report did not reveal was who started this apparent ping-pong. Well, the facts speak for themselves.

In May, China's Foreign Ministry Spokesperson Hua Chunying laid out the skewed way in which Washington dealt with Chinese media, starting with its decision to limit visas for the latter's journalists to a maximum of 90 days starting May 8.

Now, the reason and effect of such a move are rather obvious. It was aimed at making Chinese journalists in America totally insecure, and to dilute the effort that they otherwise put in their painstaking work. Effective media coverage entails a lot of networking which is built over time. A three-month period is hardly enough to fully understand the terrain in which stories are sourced, gathered, and analysed.

But Hua noted that the U.S. started this visa restriction game in 2018 with the tightening of restrictions for Chinese journalists. This entailed granting of single-entry visas which meant that they have to file for renewal for re-entry once they leave the U.S.

The unprecedented snooping and intrusion on Chinese journalists by U.S. authorities also means that they operate under duress, with no freedom to report what might offend or expose their host. Before approval of visas, the reporters are required to submit their social media accounts, outbound travel records in the past 15 years, and a list of social contacts. This intimidation is definitely a subtle affront to their freedom of expression. 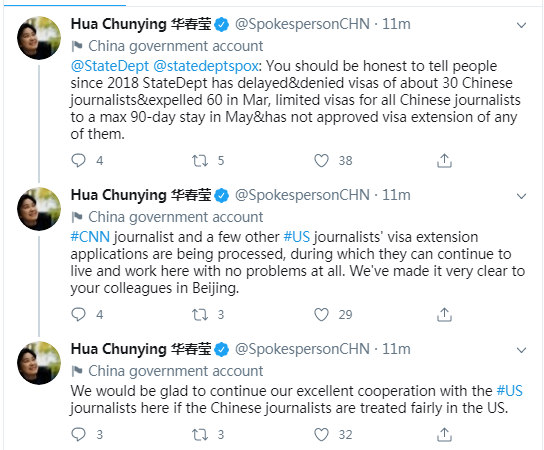 While Chinese journalists seeking visas might not take offense over such a blatant attack on their privacy, they may not take kindly the exposure of contacts who may not want their details to be included unnecessarily in security-related databases. In any case, this kind of profiling is usually demanded by people living in countries suspected to host terrorists.

In the last two years, the Chinese foreign ministry estimates that these actions have led to inordinate delays in approving visas for Chinese journalists, while some of the visas have been declined outright. The toxicity hit a crescendo in March after Washington defined five Chinese state media as foreign missions, which led to the involuntary departure of 60 Chinese journalists.

This is in complete contrast to the current developments in Beijing. Indeed, the Foreign Correspondents' Club of China noted that the work of its members on the ground is not affected by the current developments. CNN correspondent David Culver, who is one of the few affected put the matter in perspective – the new orders had nothing to do with reporting, "But was a 'reciprocal measure' in response to the Trump administration's treatment of Chinese journalists in the United States."

The U.S. should not cry wolf simply because the shoe is on the other foot. The apparent reciprocity by Beijing is aimed at awakening Washington to the unfairness of it all. It is the echo of the same grievances that Chinese journalists had in May. Since the U.S. is always taking the moral high ground, then it needs to drop the hypocrisy and practice what it preaches.

Double standards are not acceptable where preferential treatment is given to close allies, while the bar is set higher for those that do not fit the ideological bill. Any rapprochement in media relations between the two erstwhile friendly partners must come from the party that turned the atmosphere toxic in the first place.

The media in both countries should also step up their camaraderie regardless of the political conflicts. U.S. journalists should have spoken up for their Chinese colleagues when the harassment from the Trump administration started in earnest. In days like this of the devastating coronavirus pandemic, it is the only way both can attain the higher calling.