Will the West ever embrace mask culture?
Morag Hobbs 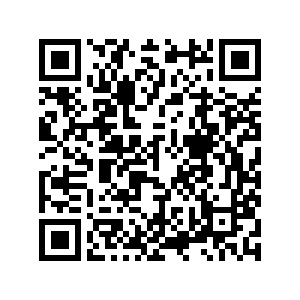 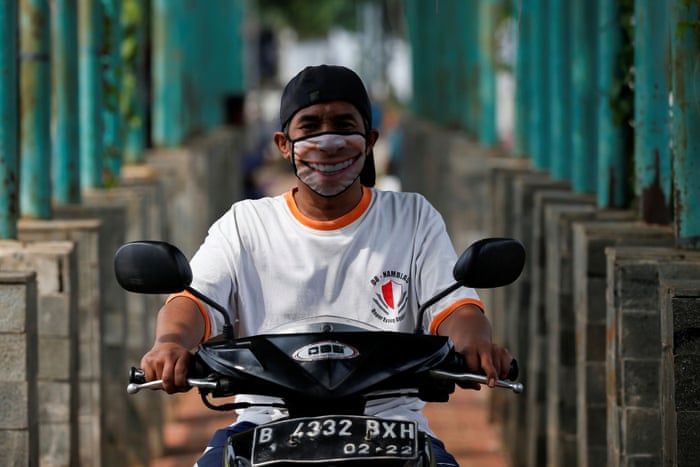 On August 21, after 13 consecutive days of no new COVID-19 cases in Beijing, the local health authorities relaxed the rule which previously made it mandatory to wear a face mask in public. The news meant that residents could finally venture bare-faced into outdoor spaces. Yet, almost 20 days later, out on the street the majority of people are still wearing a mask.

The regulation was previously lifted in April, before being re-imposed in June in the wake of a second coronavirus outbreak. Now, fear of a further resurgence in Beijing may be behind the hesitation to remove masks when around other people, but another reason is that masks – already a common sight in China's streets in times of pollution and the winter flu season – have become a feature of daily life during 2020.

So, is this the beginning of a new mask culture in China, similar to that seen in Japan and South Korea, where young people have for several years been known to treat a face mask as a fashion accessory? And can, or should, the West also embrace this culture?

While coronavirus continues to cause havoc around the world, in East Asia things are moving towards normality, with countries such as South Korea, Japan and China reopening schools and increasing international flights. Experts have suggested that these countries have managed to curb the virus by implementing similar methods – namely mass-testing, and enforcing the wearing of masks. 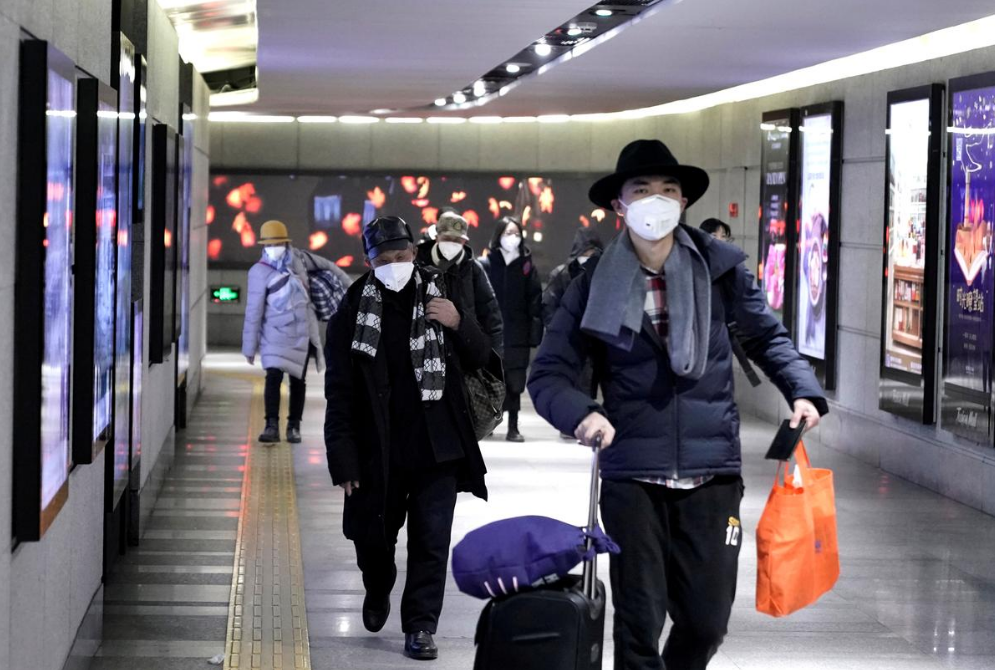 People wearing masks walk through an underground passage to the subway in Beijing, China, January 21, 2020. /Reuters

People wearing masks walk through an underground passage to the subway in Beijing, China, January 21, 2020. /Reuters

Japan and South Korea, where people were already accustomed to the latter, have reported a total of around 72,000 and 21,000 confirmed COVID-19 cases respectively, according to figures published by Johns Hopkins University. In stark contrast, countries where masks are still a contentious issue have a much higher incidence. The UK has recorded over 350,000 cases of COVID-19, while the number in the U.S., at 6.3 million, is the highest in the world.

There are many reasons for such a large disparity in the numbers, but health professionals agree that wearing a mask is the easiest way to stop the spread of infection. According to the Wall Street Journal, in mid-July, Director of the U.S. Centers for Disease Control and Prevention, Robert Redfield, said he believed the pandemic could be brought under control over the coming four to eight weeks, if "we could get everybody to wear a mask right now." That predicted timeframe would now almost be up, but cases in the West continue to rise.

In a survey carried out by YouGov in conjunction with Imperial College London in late June, only 59 percent of Americans said they "always" wear a mask outside, while only 19 percent of UK residents said the same. Other European countries, such as Sweden and the Netherlands, recorded even lower figures. One Swiss teacher working in Beijing told CGTN, "They aren't taking it as seriously as they should be at home. If I were to be wearing a mask in Switzerland, I would get a few odd looks." 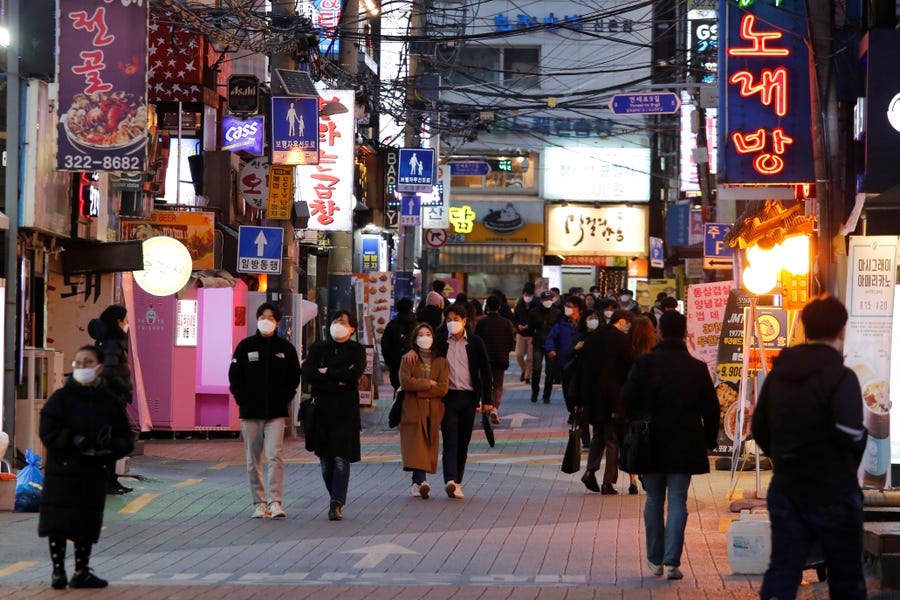 Andrew Sieg, a cloud engineer who has lived in both China and the U.S., told CGTN that mask culture is markedly different between East and West. "The East has already had a well-developed mask culture for years, when the West did not have a mask culture whatsoever. In East Asia, you are to wear a mask if you show any symptoms of being sick. This comes back to one culture valuing the well-being of society over the well-being of the individual.”

There are various reasons U.S. citizens cite for not wearing a mask, but most are underlined by a strong sense of individualism that many Americans say is "constitutional." A National Panel study carried out by the Brookings Institution showed that 40 percent of Americans who do not wear a mask say this is because it is their right as an American not to do so.

Jeremy Janeczko, director of marketing in a U.S. healthcare firm, noted that these people may not care so much about the mask itself, but see it as the thin end of a wedge. "I think that the big fear is that, it starts with the mask, lockdowns, curfews, the voting system changing, military presence in cities, and in some cases like in Canada the right to enter a private home to ensure someone is isolating. The worry is that one rule will lead to more rules that will effectively restrict an individual's freedom." 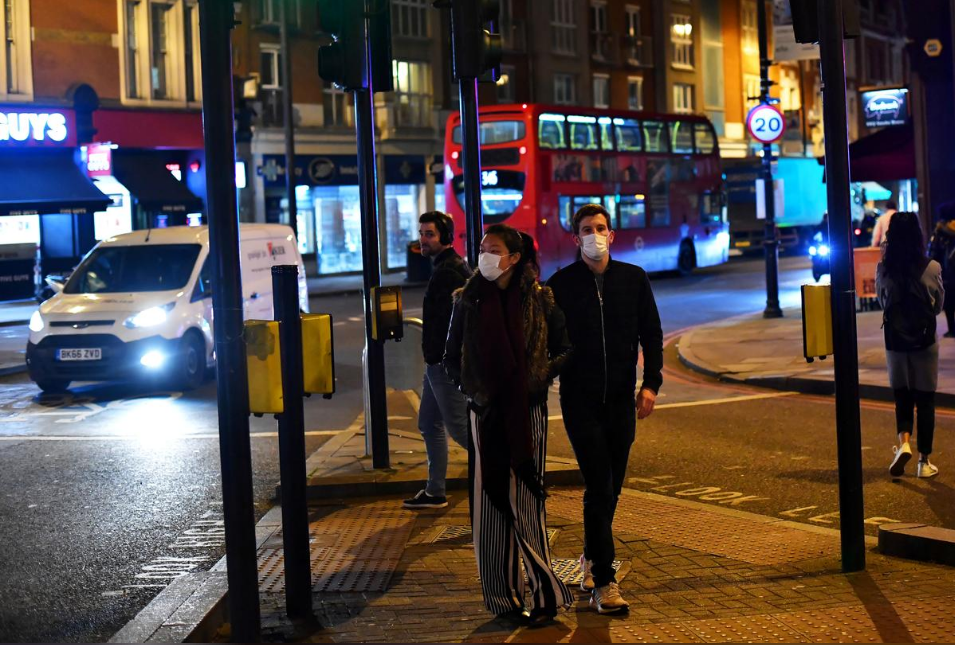 A couple wearing face masks walk down Clapham High Street, as the number of coronavirus cases grow around the world, in London, Britain, March 16, 2020. /Reuters

A couple wearing face masks walk down Clapham High Street, as the number of coronavirus cases grow around the world, in London, Britain, March 16, 2020. /Reuters

In China, by contrast, people commonly believe they have a responsibility to look out for one another. The collectivist mindset in Chinese society sees people supporting and protecting its members, at the sacrifice of their personal independence.

"America is on the extreme end in the individualist society spectrum, and thus the value of the self is above the value of the whole," said Sieg. "People protesting masks do not hate masks, but they are only vocalizing their fear of lost freedom."

Janeczko explained that this may stem from a concern that allowing the government to make personal decisions will have a long-lasting impact on the lives of citizens than the health repercussions of the virus. "We are seeing societal norms change daily, and although we hope they are temporary, there is the fear that certain laws being passed will remain after the virus is no longer an issue.”

As to whether masks can find their way into Western culture as they have done in Asian countries, most experts believe that it could happen, but probably not in the near future.

As Janeczko said, "The difference here is introducing vs. including. In countries like Japan and Korea, the mask has been normalized over years for other reasons than the virus. So for them, it is only a matter of including it into their strategy for dealing with the virus. In America, it is new, so it needs to be introduced, accepted, and normalized, which is a much longer and harder process."