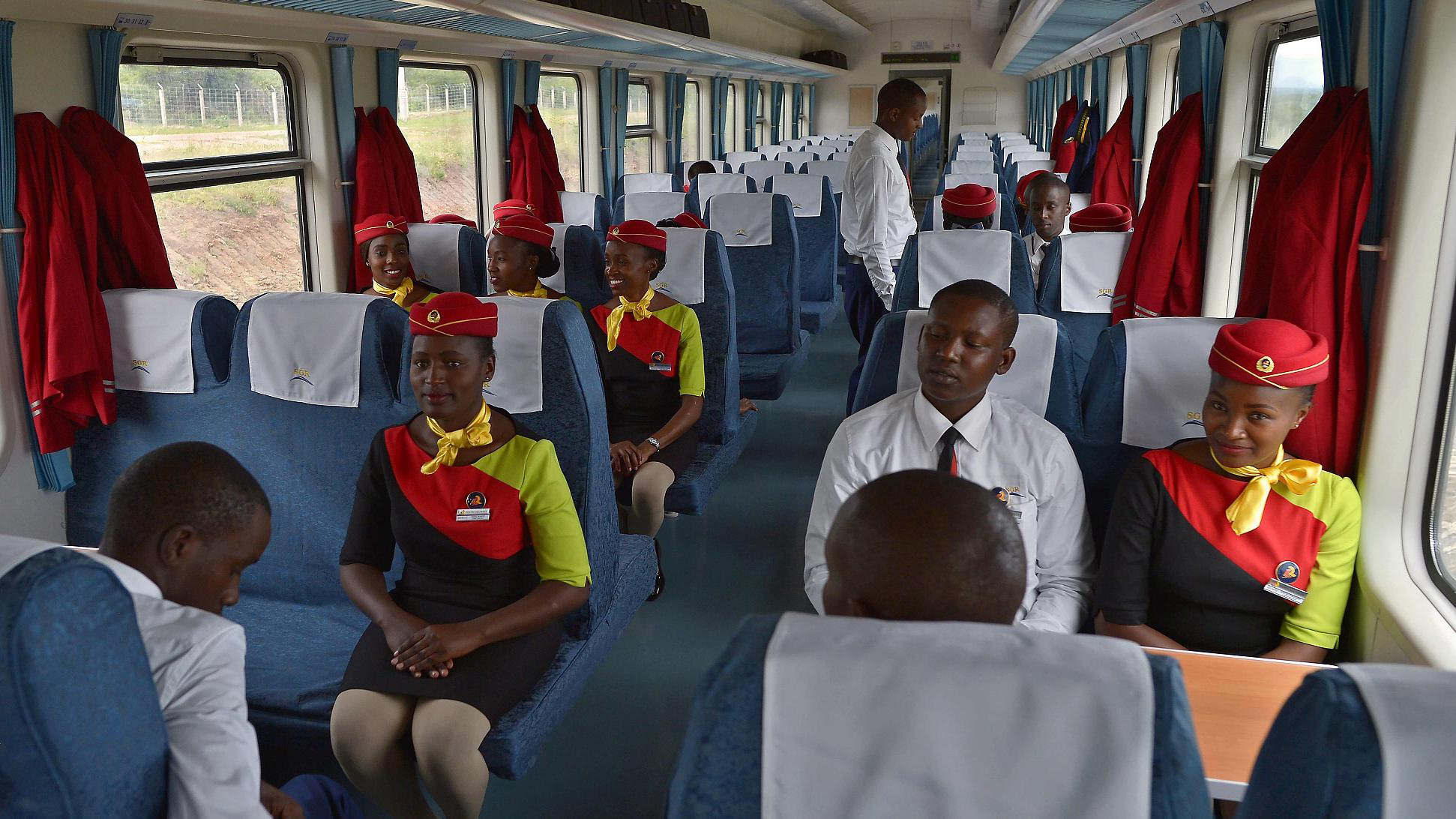 Editor's note: Abiy Ahmed is Prime Minister of Ethiopia, was awarded the Nobel Peace Prize in 2019. The article reflects the author's opinion and not necessarily the views of CGTN.

Africans must take responsibility for our continent's affairs. We have all the ingredients we need to succeed, starting with a growing population – including a large and increasingly educated cohort of young people – and a favorable trade and investment environment. And now, determined to usher in an era of African peace and prosperity, we have a mature institutional platform through which to forge, articulate, assert, and defend our common interests under an independent, unified African foreign policy.

At a time when protectionist beggar-thy-neighbor policies are on the rise globally, Africa is poised to implement a single common market in the form of the African Continental Free Trade Area. This pact will lay new foundations for continent-wide economic growth: the World Bank recently forecast that AfCFTA could boost Africa's income by 450 billion U.S. dollars by 2035 and lift 30 million people out of extreme poverty. In addition, closer economic integration within the region will inevitably make every country a stakeholder in its neighbors' security, thereby advancing the greater cause of continental peace.

As Africa integrates, it is increasingly setting its own development agenda and foreign-policy priorities freely and independently of other powers. This represents a sharp break with Africa's historical role as a geopolitical plaything of world powers.

But dangers remain, not least in the Horn of Africa – a historically volatile region that suddenly has become the epicenter of a global scramble for strategic influence. Powerful adversaries have established military bases in the Horn that are too close to each other for comfort. Many have invested in the region's seaports, and some have gone further inland in search of water and arable land to produce their food abroad.

The heightened interest partly stems from the region's locational advantages as both the bridge that connects the Red Sea to the Gulf of Aden and a vital entry point to the wider African market. Left unchecked, this unhealthy rivalry and competition in our backyard will likely end up sucking all of us into yet another fratricidal proxy war. Competing visions and rival loyalties to outside forces risk creating fragile states and power vacuums, turning us into easy fodder for others.

Africa's ability to become a strong geopolitical force hinges on its own internal cohesion and economic integration. An Africa that increasingly trades with itself will create an internal market large enough for its producers to benefit from economies of scale. By investing in value-added activities, these firms can help to ensure that the continent is no longer merely a supplier of raw materials and a market for other countries' goods and services.

An integrated Africa will also be in a better position to safeguard its policies and preferences from external interference, selective sanctions, and unreliable transactional diplomacy that erodes our mutual trust and threatens our countries' national security. Realizing this ambition will depend on our resolve to define and conduct a truly independent external policy. And for Africa to project its interests internationally, it first needs to put its own house in order.

Sound foreign policy always begins at home, and the conditions for just and enduring peace and prosperity on the continent are closely intertwined. The key question is what core ideas an integrated African external policy might embody. 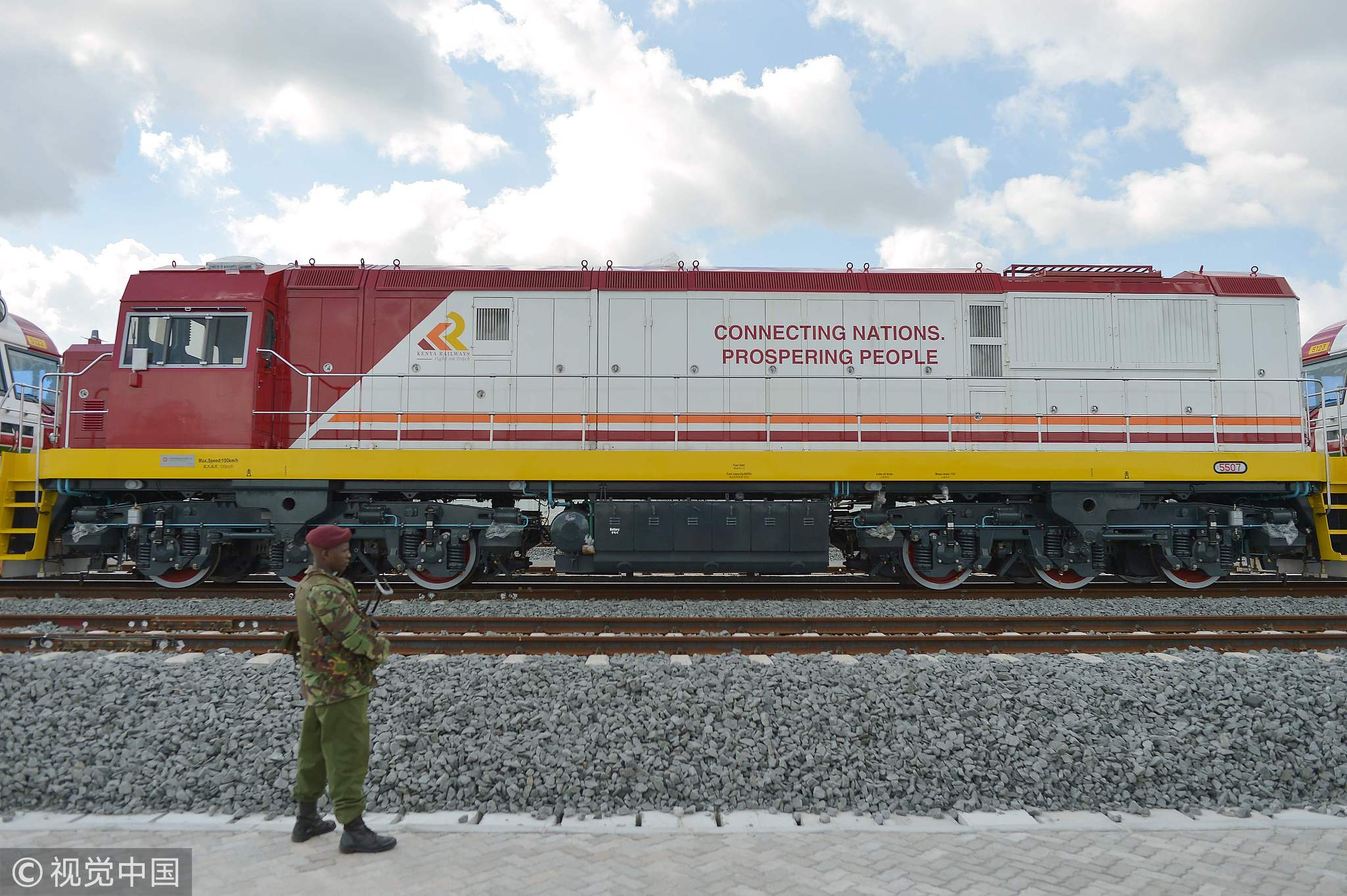 A locomotive train car at the container terminal of the port of the coastal town of Mombasa, May 30, 2017. /VCG

A locomotive train car at the container terminal of the port of the coastal town of Mombasa, May 30, 2017. /VCG

Fortunately, the African Union has already articulated many of them. Above all, we must remain true to the enduring pan-African vision of "an integrated, prosperous, and peaceful Africa, driven by its own citizens and representing a dynamic force in the international arena."

Our lofty aspirations, enshrined in the AU's Agenda 2063, are ambitious but long overdue, challenging but achievable, and remote but within reach. There can be no alternative to a prosperous, inclusive, and integrated Africa. We cannot move forward without silenced guns and good governance on the continent. We must nurture, teach, and theorize our rich cultural identity and common heritage. Finally, Africa must exercise international leadership and influence proportionate to its size and its global economic and social contribution. All this and more is clear, urgent, and inevitable.

Our struggle as a continent is one of implementation. As the 2017 Kagame report on AU reforms emphasized, we have a history of not following through on our own decisions, causing our citizens to doubt our resolve.

This is where we need to focus. It is in every African country's interest to strengthen continental institutions. We need to bolster home-grown and African-owned dispute-management mechanisms in order to address our differences swiftly, amicably, and impartially – and without intervention by non-African actors.

Similarly, our efforts to establish new international relationships should be devoid of hostility and driven by the vision of a single African brotherhood and a peaceful and prosperous future. We should not permit ourselves to be tempted by narrow self-interest to the detriment of our close neighbors. In our independent dealings with other countries, we should not barter our core beliefs for short-term advantage, and we must always take full account of all vital African considerations.

Finally, Africa must speak out courageously, openly, and honestly on major global issues, and say bluntly what is right and wrong. Let us not deny our ideals or sacrifice our right to champion the poor and the oppressed everywhere. The acts by which we live, and the attitudes by which we act, must be unquestionably clear.

We know the odds are stacked against us here more than elsewhere. Nothing terrifies Africa's adversaries more than its determination to set and implement a coherent, independent, and continentally integrated foreign policy.

But the world can no longer afford to be without an independent and unified African voice on important global issues. Africans know what it means to be divided, conquered, enslaved, looted, discriminated against, and dehumanized. A strong and united Africa would be a powerful advocate for reason, justice, equality, and dignity for all, regardless of gender, color, or creed. Such a vision is right for Africans and necessary for the world.