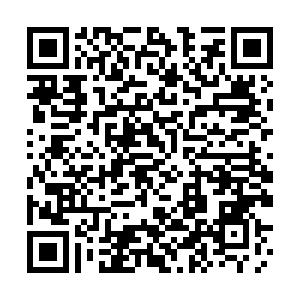 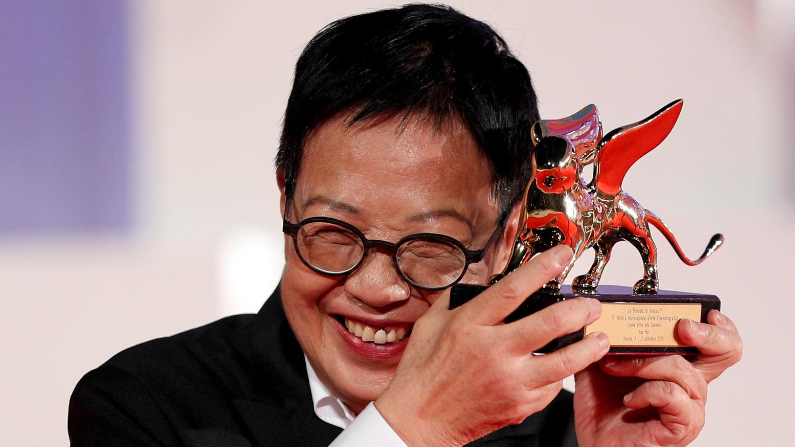 Ann Hui poses with the Golden Lion Lifetime Achievement award at the red carpet event for the screening of her film "Love After Love," at the 77th Venice Film Festival, September 8, 2020. /Reuters

Ann Hui poses with the Golden Lion Lifetime Achievement award at the red carpet event for the screening of her film "Love After Love," at the 77th Venice Film Festival, September 8, 2020. /Reuters

It was in high spirits that film director Ann Hui started the press conference for her film "Love After Love" at the 77th Venice Film Festival, in which she was granted the Golden Lion Lifetime Achievement award. This was the first time a female director received this prize.

Based on the short story "Aloeswood Incense: The First Brazier" by Eileen Chang, the movie is a love story "about high society and its moral depravity before WWII."

"It is nostalgic, but the human drama is true to this day," Ann Hui said at the livestreamed event, where she shared the "fantastic struggle" involved in the making of the film.

After filming, Hui and editor Mary Stephen went for post-production in China's Hong Kong Special Administrative Region (HKSAR) just as the violent protests started. To make matters complicated, after Stephen left, the COVID-19 pandemic broke out, leaving the team to work via Zoom for seven months.

"It was a fantastic struggle. It is a moving example of how film people work, regardless of crossfires," she noted, adding that even going to Venice was complicated due to travel restrictions.

At the press conference, Stephen said those obstacles helped in the way the film was shaped, "in its intensity and emotional response." 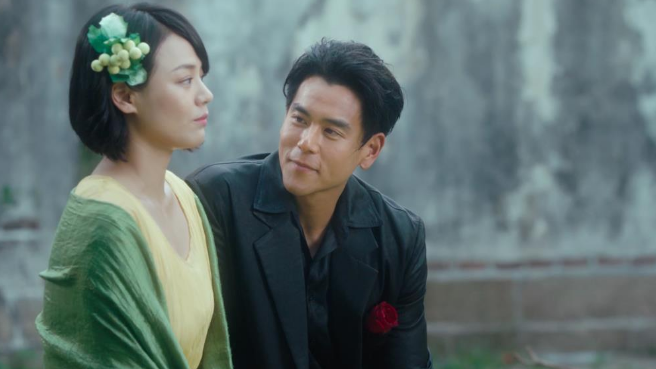 A still from the trailer of "Love After Love."

A still from the trailer of "Love After Love."

This was the third time Hui made a movie based on one of Eileen Chang's books, with the first two being "Love in a Fallen City" and "Eighteen Springs."

"Eileen Chang is remarkable. The modernity in which she depicts love is remarkable," the Chinese director stressed, explaining that all movies treat love in different ways. The first movie is about unrequited love, where the female lead wants to marry, but the partner doesn't, while "Eighteen Springs" is about how circumstances, society and family can make it impossible for a couple to be together.

For Hui, "Love After Love" is a "realistic portrayal of fatal love and its circumstances, and this is eternal."

In the film, Weilong, portrayed by Sandra Ma, is a student from Shanghai that arrives in Hong Kong to live with her estranged aunt, Madame Liang (Faye Yu), a former mistress that inherited her lover's inheritance. She falls in love with playboy George Chiao, played by Eddie Peng, and gradually leaves her naivete and simple look behind.

Via conference call, Peng revealed that it was a very challenging role, which required "a lot of hard work to understand the character," but the close relationship with Hui helped.

"There were some uncomfortable scenes. My character is a scumbag to women, and I needed more time to discuss with Ann before shooting," he shared. For the role, Peng lost weight and learned Portuguese, which the trailer gives a small taste of when George Chiao recites a sonnet written by the Portuguese poet Luis Vaz de Camoes.

According to Variety, Christopher Doyle's "photography delights in the richness of the palette," but it is costumier Emi Wada and production designer Zhao Hai who steal the show with "glorious" outfits and "exquisite" interiors. 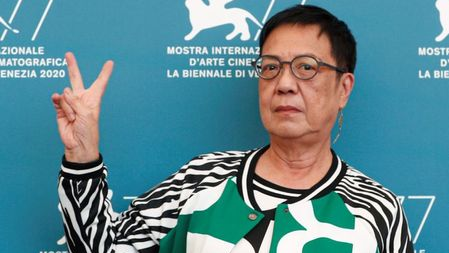 With a Golden Lion now featuring in her award cabinet, Hui confessed to feeling happy and honored. "I just hope everything in the world will turn better soon and everybody can feel again as happy as I am in this moment," she said in a statement.

Alberto Barbera, the festival's director, called Hui "one of Asia's most respected, prolific and versatile directors of our times."

"She has been acknowledged as one of the pivotal figures of the so-called Hong Kong New Wave – the film movement which revolutionized Hong Kong's movies during the 1970s and '80s, transforming the cosmopolitan city into one of the most energetic, creative centers of the decade," he said.

For the director, she never left the "auteurist approach," showing an interest in "compassionate and social vicissitudes," and recounting with sophistication and sensitivity individual stories.

"In a trailblazing fashion, through her language and her unique visual style, not only has she captured the specific aspects of the city and the imagination of Hong Kong, she has also transposed and translated them into a universal perspective," he concluded.

Hui's debut film "The Secret" (1979) made her "one of the key figures in the Hong Kong New Wave film movement," and since then she has directed 26 features and two hour-long documentaries, besides being assistant producer in other movies. She won six best director awards at Hong Kong Film Awards, more than anyone else, and was the only one who won a Grand Slam in the same festival.

Her ability to direct actors and "carving memorable female characters" was also stressed by the Venice Festival. 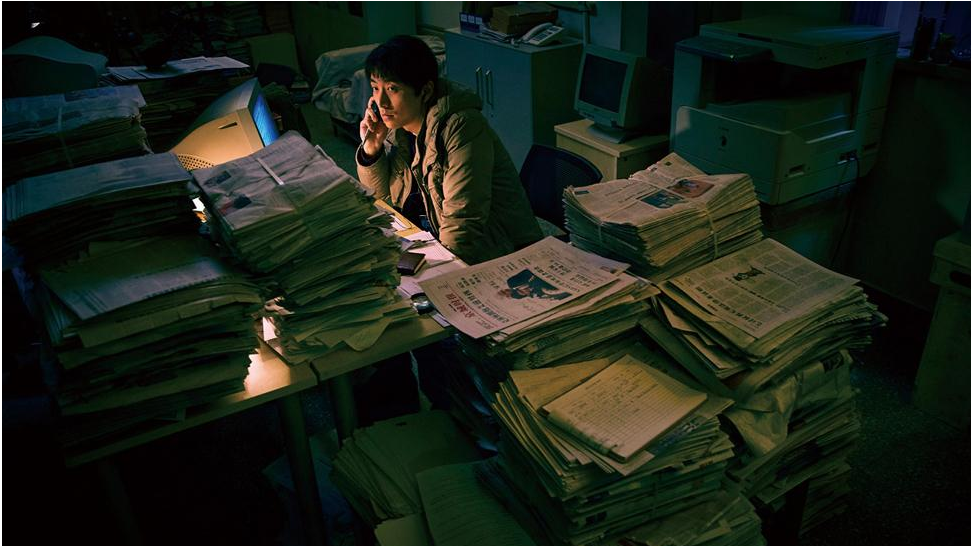 A still from "The Best is Yet to Come" by Wang Jiang. /Venice Film Festival

A still from "The Best is Yet to Come" by Wang Jiang. /Venice Film Festival

This year, Venice Festival also includes the debut of Chinese director Wang Jiang with "The Best is Yet to Come" in the Orizzonti category.

The movie is inspired by real events and portrays "bright-eyed and bushy-tailed journalism intern Han Dong who decides to change the fate of 100 million people with a single article."

In the director statement, Shanxi-born Jiang Wang said that Han Dong's story is a "footnote in an era of endless possibilities."

In the feature, set in 2003 after the SARS epidemic, Han Dong has to make a difficult choice between following his writing and passion and getting a stable job. While interning at a newspaper, he ends up uncovering the story of a lifetime.