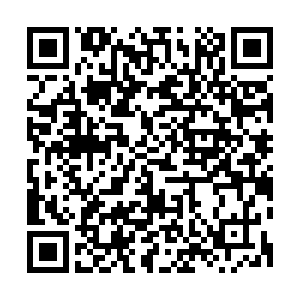 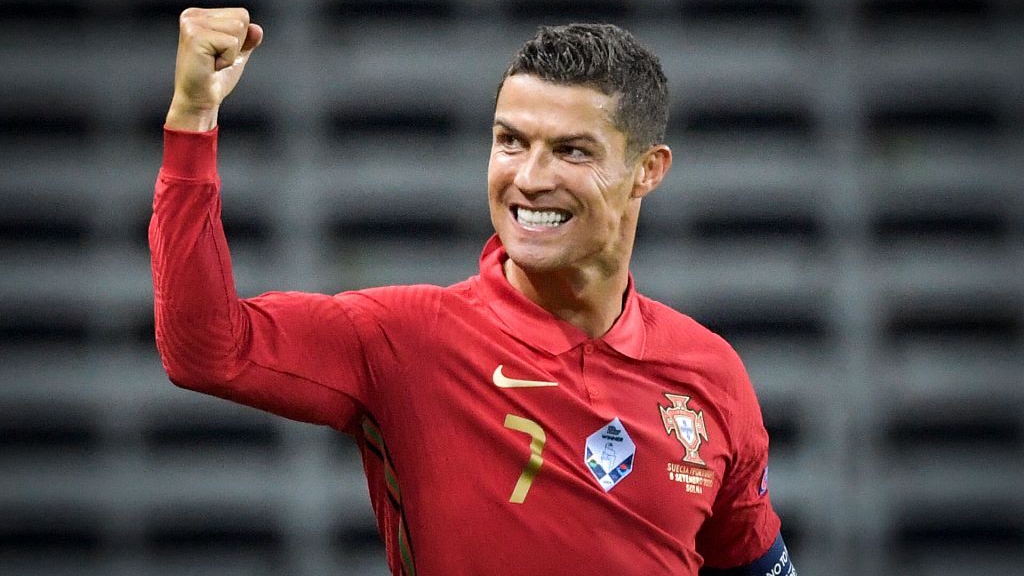 Cristiano Ronaldo scored a stunning brace to take him to 101 international goals for Portugal in a 2-0 victory over 10-man Sweden in the Nations League on Tuesday, while France won a repeat of the 2018 World Cup final 4-2 over Croatia.

Ronaldo broke the mythical 100-goal mark on the stroke of half-time, the 35-year-old Juventus attacker curling in a free-kick from 25 yards over the wall and into the far left corner beyond Sweden's stranded goalkeeper Robin Olsen for a memorable milestone in his trophy-laden career.

The bonus second goal, and his 101st, came in the 72nd minute, the former Manchester United and Real Madrid forward cutting back inside the Swedish defense and producing a deft finish into the far corner from 20 yards.

"They are two important goals because it means I managed to reach this mark I'd been seeking," Ronaldo told Portuguese public television RTP. "I'm very happy, first because the team won and of course to score the 100th and then the 101st, two great goals."

While acknowledging health came first, he lamented the COVID-19 enforced empty stadium in Solna. "It's sad playing without fans, it's like going to the circus with no clowns or into a garden with no flowers," Ronaldo said. "Speaking for myself, when I play away matches I like being whistled, it gives me motivation." 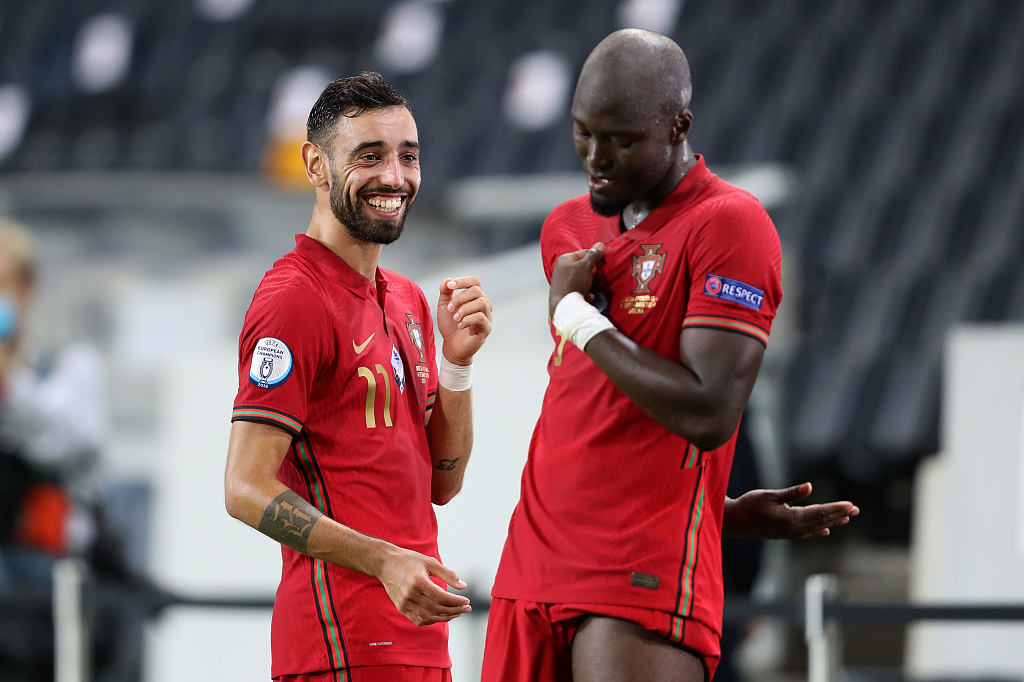 After making his first senior international appearance as an 18-year-old in 2003, Ronaldo notched up his first goal for Portugal in a 2-1 defeat by eventual winners Greece at Euro 2004.

Ronaldo, capped 165 times by Portugal, is second only to Iran's Ali Daei, on 109, in the list of top men's international goal scorers.

"The record, it's step by step," Ronaldo said. "It's not an obsession because I think records come naturally."

Incredibly for Ronaldo, just 17 of his 100 goals have come in friendly matches, and his nine hat-tricks all came in FIFA or UEFA tournaments or qualifying games.

At the Stade de France north of Paris, Eduardo Camavinga became France's youngest international in 96 years as les Bleus won a repeat of the 2018 World Cup final over Croatia.

Midfielder Camavinga, aged 17 years and nine months, replaced Ngolo Kante in the second half and is only surpassed by Julien Verbrugghe, aged 16 years and 10 months in 1906, and Maurice Gastiger, at 17 years and 4 months in 1914.

Deschamps made seven changes from Saturday's win over Sweden in Solna with Wissam Ben Yedder and Anthony Martial leading the attack after Kylian Mbappe contracted Covid-19.

Antoine Griezmann, Dayot Upamecano, Olivier Giroud as well as an own goal from the visitors' goalkeeper Dominik Livakovic secured a repeat result from Russia two years ago after Dejan Lovren had opened the scoring for Croatia, Wolfsburg's Josip Brekalo adding their second in the 55th minute. 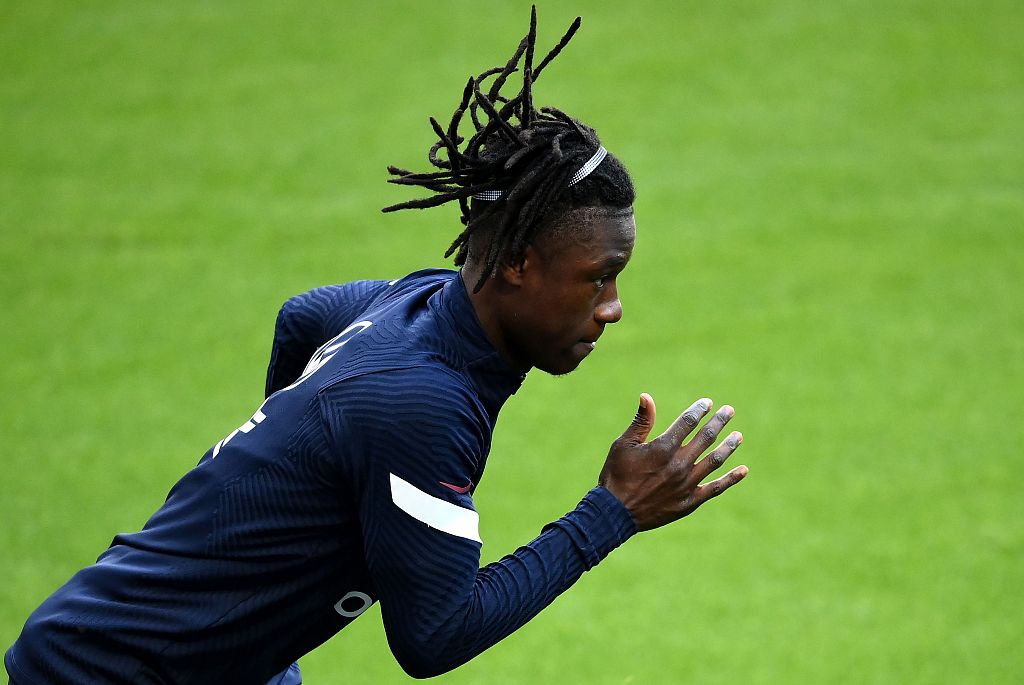 FIFA's number one ranked side Belgium, led superbly by Manchester City playmaker Kevin De Bruyne, handed Iceland a 5-1 drubbing to follow up on their 2-0 win over Denmark.

The Islanders actually opened the scoring through an 11th-minute deflected shot from Holmbert Fridjonsson.

But a reshuffled Red Devils outfit hit back almost immediately through Axel Witsel in the 13th minute, before a Michy Batshuayi double (17, 70) coupled with goals from Dries Mertens (50) and new cap Jeremy Doku (80) combined to put the game out of sight.

Belgium's win moves them to the top of League A Group 2 ahead of their trip next month to England, who were lucky to escape with a 0-0 draw away to Denmark in Copenhagen on Tuesday.

Gareth Southgate's preparation for the game was thrown into turmoil when Phil Foden and Mason Greenwood were sent home after breaching coronavirus protocols following Saturday's 1-0 victory in Iceland.

Southgate can use that distraction and a lack of match fitness ahead of the start to the Premier League season on Saturday as excuses for the Three Lions' lack of sharpness going forward, in sharp contrast to their free-scoring form in qualifying for Euro 2020 prior to the coronavirus shutdown.

Leeds' Kalvin Phillips and Wolves captain Connor Coady were handed their international debuts, but clear chances were few and far between.

The best opportunities to break the deadlock for both sides came in the final 10 minutes as firstly Christian Eriksen blazed over from Yussuf Poulsen's cushioned header.

At the other end, his former Tottenham teammate Harry Kane thought he had notched the winner deep in stoppage time as he rounded Kaspar Schmeichel and fired goalwards only for Mathias Jorgensen to make a brilliant goal-line clearance.