Who can free trapped food delivery riders?
By Ai Yan 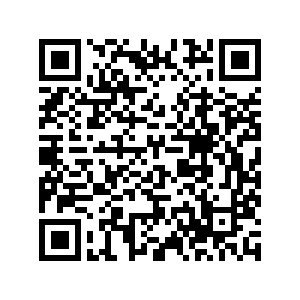 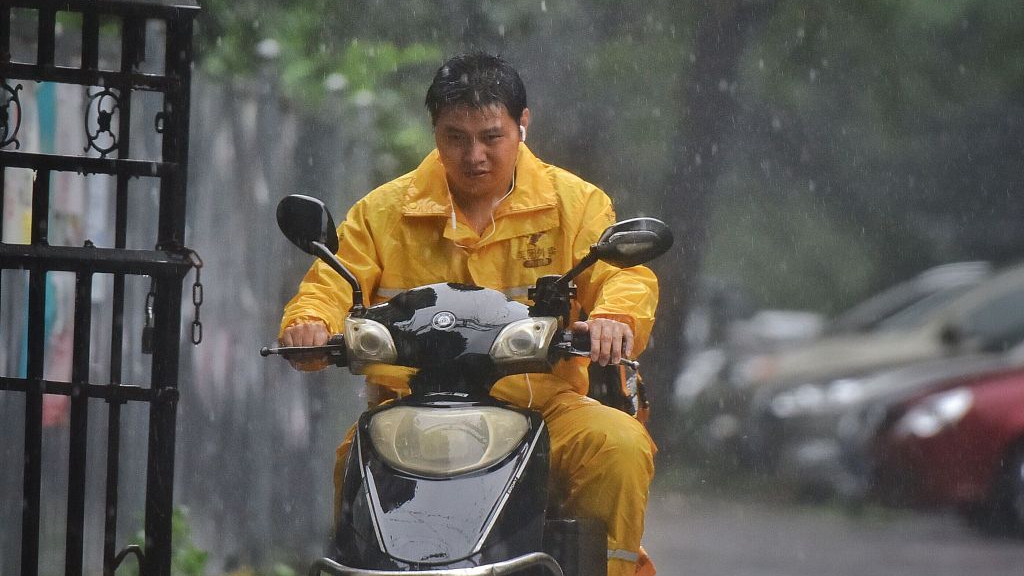 Food delivery has already reshaped the daily lives of human beings. With a few swipes on a cellphone, everyone can get food on their door step. However, a newly published announcement on Wednesday has dragged China's biggest food delivery service Ele.me into controversy.

In early hours of Tuesday, Ele.me published an announcement saying the platform will launch a new button which allows users to click "I'd like to wait five/ten more minutes" and provide more time the food delivery riders to arrive.

The move was made after a feature report on Tuesday published by Chinese magazine Portrait entitled "Food delivery riders: Trapped in a system" triggered discussions and debates among the public. According to the report, in 2019, the average time limit for each food delivery order was shortened by at least 10 minutes compared with three years ago. Meanwhile, data provided by the traffic security department shows that food delivery rider has already become a "high-risk job."

The report has put two of China's biggest food delivery services, Ele.me and Meituan-Dianping in the spotlight. On these platforms, the time limit and route for each delivery order is calculated by the algorithm, without considering the real situation such as red lights at the crossroads, traffic rules, speed limits and fully occupied elevators, for example.

However, riders are the ones to bear the blame from every aspect. The only way out is to rush against time, even risking their lives. 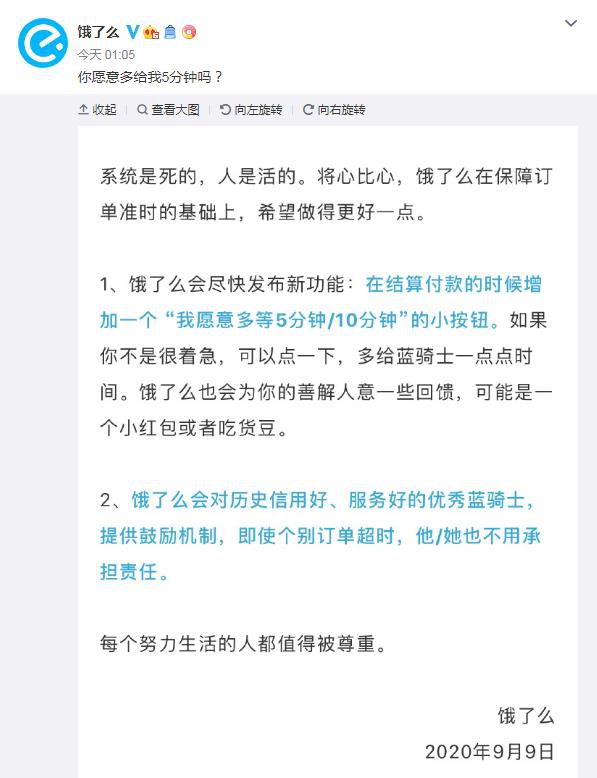 A screenshot of the announcement published by Ele.me on their Sina Weibo account. /Sina Weibo

A screenshot of the announcement published by Ele.me on their Sina Weibo account. /Sina Weibo

Ele.me was quick to make a response via the announcement with an emotional headline "Will you give me five more minutes?" and Meituan-Dianping said they will hold it until next week after an internal meeting.

The question of the food delivery giant has triggered sympathy among a few customers, but more criticism. The customers blamed the platform for dodging the problem and trying to divert the attention.

The customers pointed out that the new function can only cure the symptoms instead of the disease.

"The platform is reluctant to provide more time for its riders, instead, they ask the customers to pay the bill. Is that right?" a customer questioned the new function on social media, following the announcement from Ele.me.

"The more reasonable way is to update your algorithm, loose the time limit and designate orders in a more humanized way," said another Sina Weibo user. 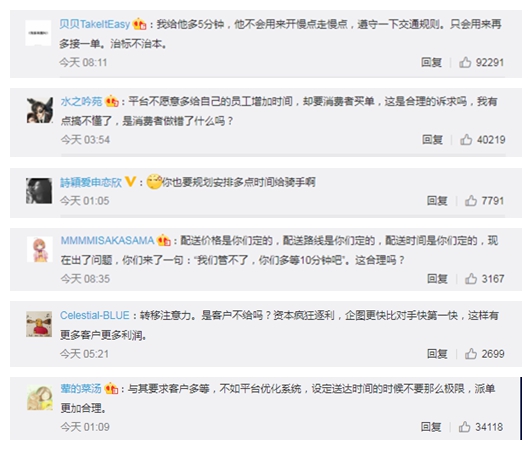 "The five more minutes will not lead the riders to the ideal result of driving slowly and obeying the traffic rules. It will lead them to accept one more order," another comment read.

Commenting the announcement by Ele.me, the Shanghai Customer Council said on Wednesday that it was illogical, adding that the riders are following rules made by their employers, and problems should be solved between the companies and their employees.

"It is illogical to ask the customers to shoulder the responsibility," said Tang Jiansheng, deputy secretary general of the Council. 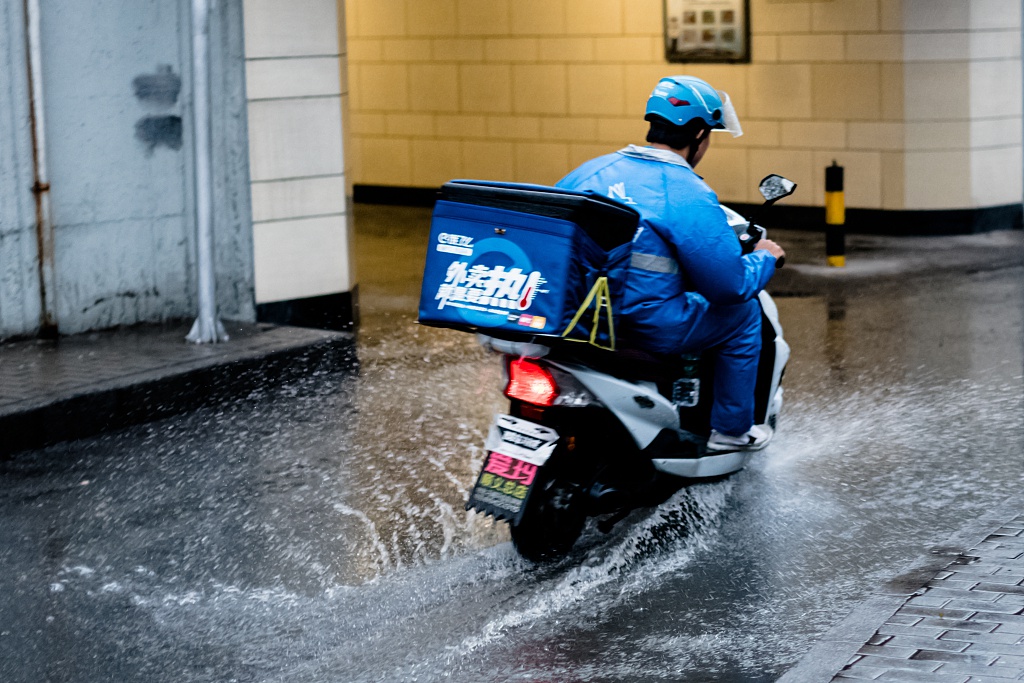 File photo of a food delivery rider driving down a street after Beijing issued an alert for a storm on June 22, 2017. /CFP

File photo of a food delivery rider driving down a street after Beijing issued an alert for a storm on June 22, 2017. /CFP

According to the Portrait report, Meituan-Dianping and Ele.me have about 6 million riders working for them. In the second quarter of 2020, Meituan-Dianping's turnover was 24.7 billion yuan (3.61 billion U.S. dollars), of which its food delivery sector, increasing by 13.4 percent, contributed a large portion.

Last year, the food delivery riders were chosen as representatives of the new occupations to attend a parade to mark New China's 70th anniversary celebration, with social media users hailing them as "the savior who sends food." During the COVID-19 pandemic in the first half of 2020, the riders have been delivering food, medicine, and daily necessities to over 400 million people across China. 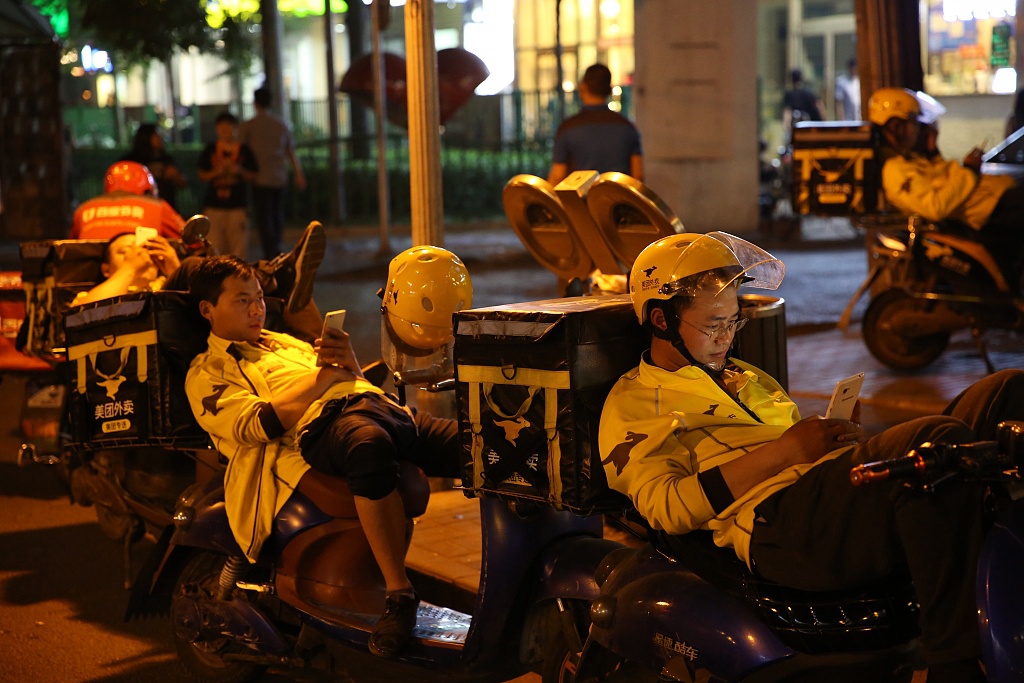 File photo of food delivery riders of Meituan-Dianping waiting for orders outside a restaurant in Beijing on June 3, 2016. /CFP

File photo of food delivery riders of Meituan-Dianping waiting for orders outside a restaurant in Beijing on June 3, 2016. /CFP

At the same time, road accidents involving the riders are increasing. In the first half of 2017, every 2.5 days on average, there was a road accident involving a food delivery rider in Shanghai. In Chengdu, within seven months in 2018, at least one rider was injured or killed in road accident on average.

Trapped in the gap between digits and reality, food deliver riders are still looking for a way out.