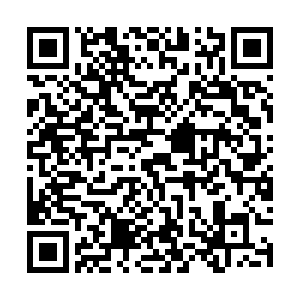 Chinese President Xi Jinping said Wednesday that China will work with Saudi Arabia within the framework of the G20 to make COVID-19 vaccines affordable and available to all countries and all people.

In a telephone conversation with Saudi King Salman bin Abdulaziz Al Saud, Xi said that China will continue to work with Saudi Arabia on the research and development of COVID-19 vaccines, and the two sides should intensify communication and coordination to promote cooperation within the G20 and help make COVID-19 vaccines a global public good.

At present, China-Saudi Arabia relations have entered a mature period of rapid development and are facing new5 opportunities, he said, adding that the Chinese side is willing to take the 30th anniversary of the diplomatic relationship as an opportunity to enhance political mutual trust and continue to support each other on issues involving each other's core interests and major concerns.

Xi also said that in the face of the sudden strike of the COVID-19 outbreak, Saudi Arabia has supported China's fight against the epidemic, and that China has actively provided material assistance to Saudi Arabia while overcoming difficulties, adding that the epidemic is the common enemy of the human race, and only through unity and cooperation can all countries beat the virus.

Xi said that as the outbreak is still spreading around the globe, China will continue to fully support Saudi Arabia's efforts against COVID-19, carry out cooperation in vaccine research and development, and help Saudi Arabia resume work and production.

He also stressed that China appreciates Saudi Arabia's tremendous efforts to promote cooperation within the G20 since it took over the rotating presidency, and stands ready to closely communicate and coordinate with Saudi Arabia to bolster G20 cooperation.

For his part, Salman said that bilateral relations have seen sound development and the friendship between the two peoples has been continuously strengthened.

Saudi Arabia, he added, attaches great importance to the development of its comprehensive strategic partnership with China and hopes to strengthen bilateral cooperation in battling the pandemic, especially in vaccine research and development, better synergize its Vision 2030 and China-proposed Belt and Road Initiative, and deepen practical cooperation in various fields.

Saudi Arabia appreciates China's support and assistance for its work as the G20 presidency, the king said, adding that his country hopes to maintain close communication and coordination with China to promote solidarity and cooperation among the G20 members, and make due contributions to prevailing over the pandemic and restoring economic growth and stability in the world.

Also on Wednesday, President Xi had a phone call with Uruguayan President Luis Lacalle Pou in which he said that China is willing to import more high-quality agricultural products and high value-added products from the south-American country and actively foster new growth areas of bilateral cooperation, such as e-commerce and trade in services.  Xi added that China welcomes Uruguay to the upcoming third China International Import Expo.

Uruguay is one of the first Latin American countries that voiced support for and offered assistance to China's fight against the COVID-19 outbreak, Xi said.

Noting that China has always been deeply attached to the epidemic fight of the Uruguayan people, Xi said the Chinese government, relevant provinces and all sectors of the Chinese society have delivered anti-epidemic supplies to and shared epidemic control experience with Uruguay.

He said that the Chinese side will continue to work together with Uruguay to promote anti-epidemic cooperation, firmly support the World Health Organization in playing a leading role, join hands to win the anti-epidemic battle as soon as possible, and jointly push forward the building of a global community of health for all.

China will open itself even wider to the world in an all-round way, and foster a new development pattern in which domestic and foreign markets boost each other, with the domestic market as the mainstay, Xi said, adding that it will provide wider markets and development opportunities for countries around the world, including Uruguay.

The two countries should advance high-quality joint construction of the Belt and Road, strengthen bilateral exchanges and cooperation in such areas as culture, education and sports, and consolidate public support for the China-Uruguay friendship, Xi said.

Both sides should also take the opportunity placed by the 75th anniversary of the founding of the United Nations to firmly support the democratization of international relations and economic globalization, he said.

For his part, Lacalle Pou said he agrees with Xi's remarks on the current international situation, and admires the great achievements China has made in its anti-epidemic battle, adding that under the current circumstances, only by remaining open to the outside world and strengthening solidarity and cooperation can the common interests of all countries be better safeguarded.

He said the Uruguayan side hopes that the economic complementarity between the two countries can be fully exploited, bilateral relations be further deepened, and cooperation in such areas as agricultural products, infrastructure and innovation be advanced.

Uruguay is willing to work with China to safeguard free trade and push for stronger cooperation between Mercosur and China, he added.