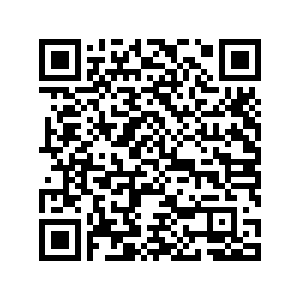 The rain-triggered floods in China this year affected around 54.8 million people in 27 provincial-level regions as of July 28, and forced emergent relocation of around 3.76 million people, Xinhua News Agency reported.

About 368,000 houses were damaged, with direct economic losses amounting to 144.43 billion yuan (about 20.66 billion U.S. dollars), according to the Ministry of Emergency Management.

After being hit hard by the COVID-19 epidemic, floods would undoubtedly bring disturbances and uncertainties to the supply and demand chain that was gradually regaining vitality.

How will the flood affect the current fundamentals? Will it once again interrupt the economic momentum that is rising quarter by quarter? CGTN looks back at the five major floods since 1997 in China to better understand the road ahead. This main flood was characterized by the simultaneous outbreak of floods in major river basins across the country, which lasted for a long time and repeated time and again.

Compared with the other four, this flood exerted the most profound impact as the proportion of direct economic losses to GDP, the number of deaths and the tally of house collapses were the highest in China's history.

Therefore, the flood disaster had the greatest impact on agricultural production. The disaster-stricken area spanned as far as 20.36 million hectares, topping the five floods.

The 2010 floods occurred mainly in the Yangtze River and Songhua River basins. The provinces affected were Jiangxi, Hubei, Hunan and Sichuan. The death toll and the economic loss were both the highest since the start of the new century.

The floods in 2013 appeared in the southernmost and northernmost parts of China, but the devastation in central China's Yangtze River Basin was relatively small.

The floods in 2016 were concentrated in the Yangtze River and Huaihe River basins, and the death toll and economic loss were relatively small. It was also most similar to the floods registered this year. 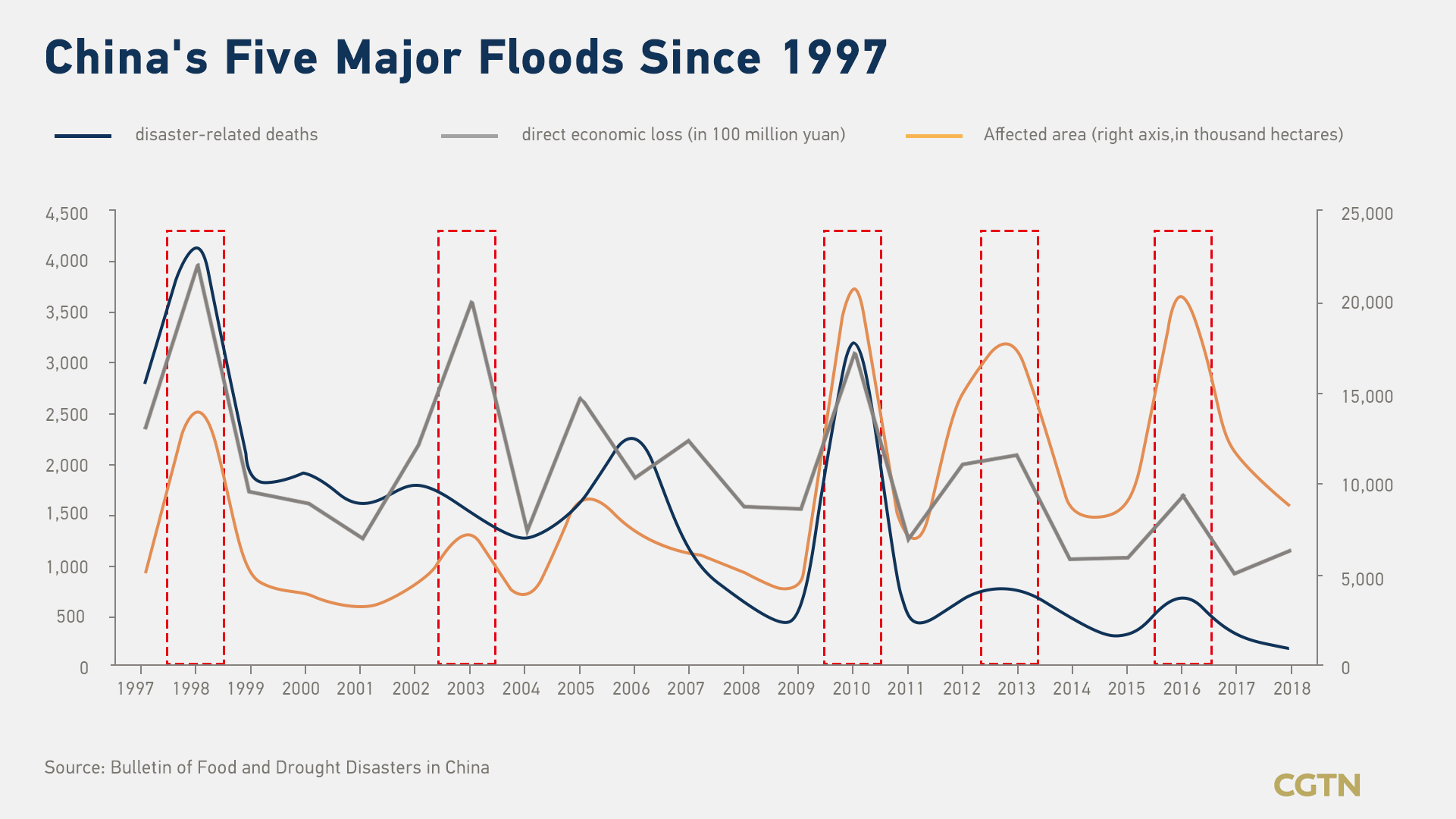 The direct economic losses caused by the five major floods accounted for less than three percent of the GDP in the respective year. With the increase in economic size and flood prevention capabilities, the impact of floods on the full-year economy in 2016 was less than 0.5 percent.

At present, the annual fiscal expenditure of the country's major water conservancy projects has been maintained at more than 60 billion yuan.

Due to the continuous large-scale input in the field of disaster prevention, mitigation and relief, the proportion of direct economic losses in China's GDP caused by floods in recent years has declined from about 2.5 percent before 1998 to about 0.5 percent.

Among the five rounds of floods since 1997, the direct economic losses of the recent two accounted for about 0.5 percent of GDP of the year and the impact of floods on the economic aggregate was relatively small.