How China is shaping itself into an education powerhouse
CGTN 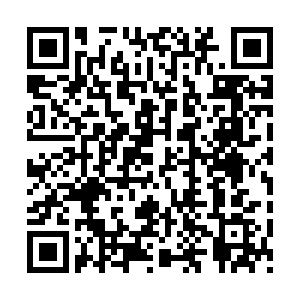 In March, China issued a guideline to improve the country's "labor education" as part of efforts to advance education reform and improve the quality of compulsory education.

Referring to it as the "biggest shortcoming" in China's education system, the guideline looks to extend labor activities, ranging from household chores to on-campus labor and voluntary community services, to primary and secondary schools and even higher levels.

The guideline says it aims to encourage kids and youngsters to participate in more manual labor to boost their spirit of hard work.

The policy is the latest undertaking in a broader initiative to reform the Chinese education system to promote modernization.

"Strengthening education is fundamental to our pursuit of national rejuvenation. We must give priority to education, further reform education, speed up its modernization and develop education in a way that people are satisfied with," Chinese President Xi Jinping, also general secretary of the Communist Party of China (CPC) Central Committee, said at the 19th CPC National Congress in October 2017.

Xi said priority should be given to education to speed up its modernization and develop education that meets people's needs. 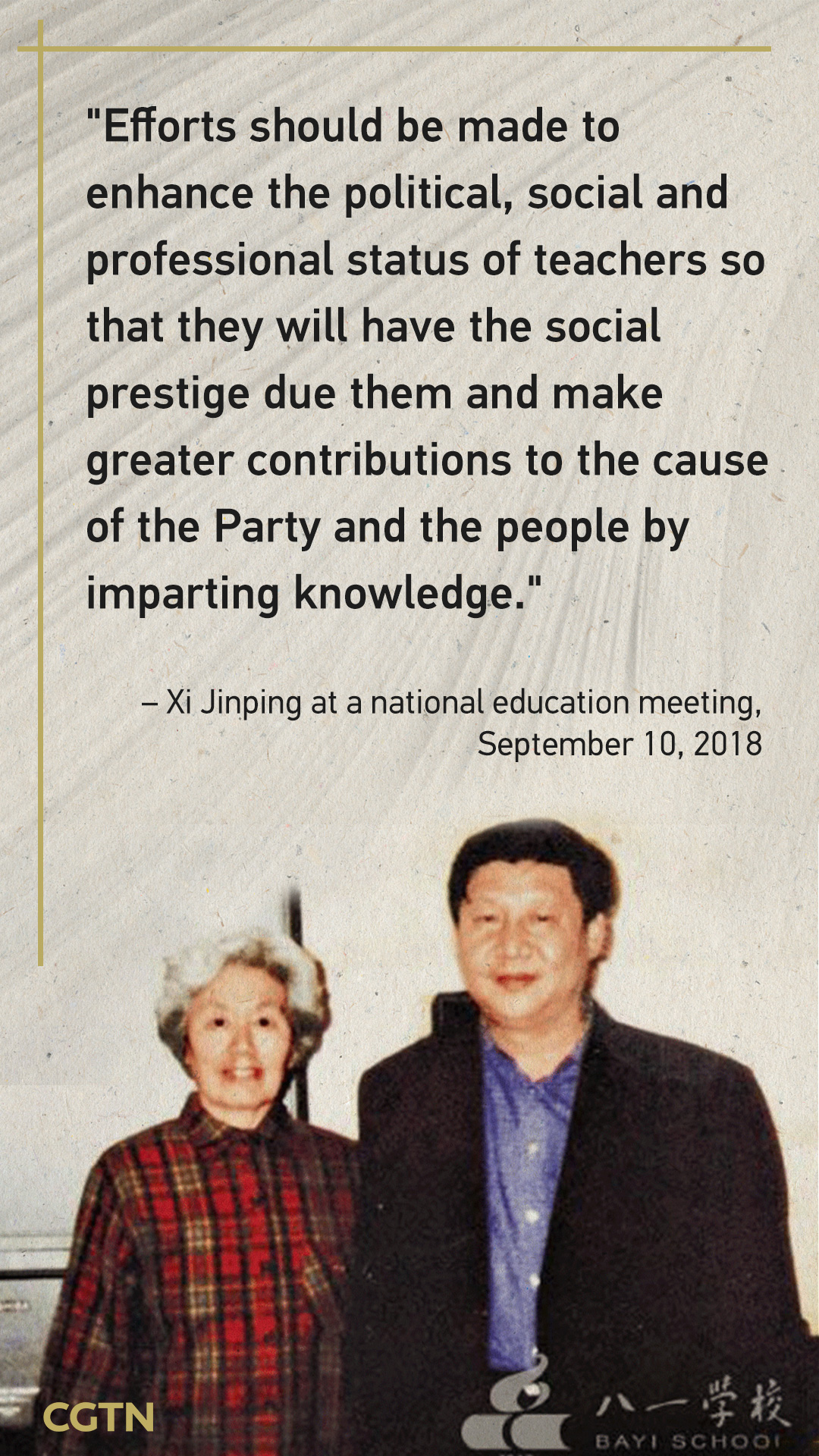 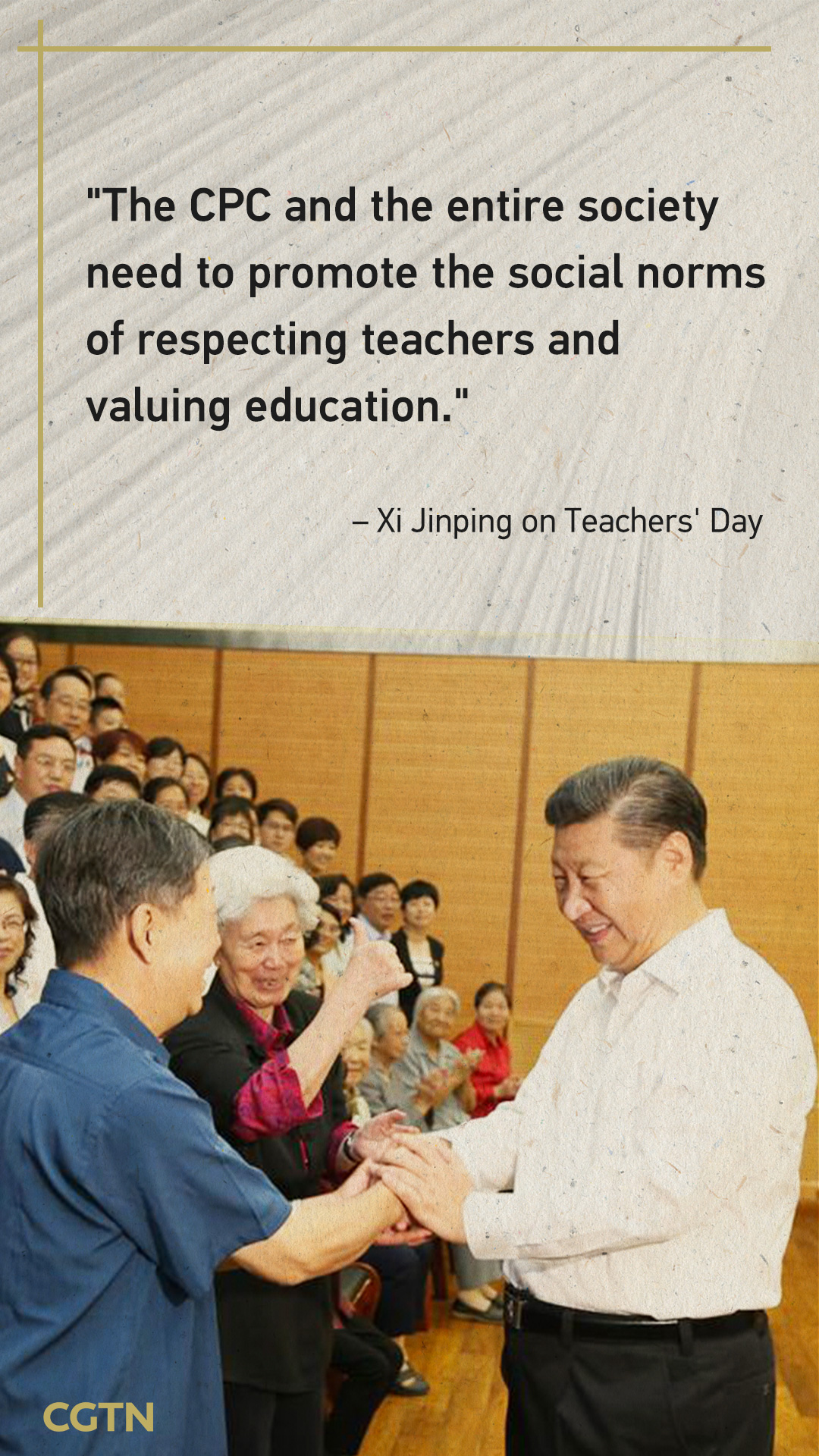 Chinese President Xi Jinping shakes hands with representatives of teachers and students during an inspection visit to Beijing Bayi School in Beijing, September 9, 2016.

Chinese President Xi Jinping shakes hands with representatives of teachers and students during an inspection visit to Beijing Bayi School in Beijing, September 9, 2016.

A year later, Xi said in a high-profile meeting on national education that China must step up efforts in educational modernization in a bid to build China into an education power.

He told the meeting that it's essential to enhance political, social and professional status of teachers so that they will have the social prestige due them and make greater contributions to the cause of the Party and the people by imparting knowledge.

By the end of 2020, China aims to build itself as one of the most innovative countries, and by 2030 it aims to be a leading innovator so as to be a world-leading power in science and technology by 2049.

To realize the goals, the guideline issued in March asked schools to nurture and protect students' curiosity and imagination, arouse their interest in learning, and encourage them to be more creative and innovative.

Chinese government's funding on education remained above 4 percent of its GDP in 2019, the eighth consecutive year, according to a release by the Ministry of Education in June this year. 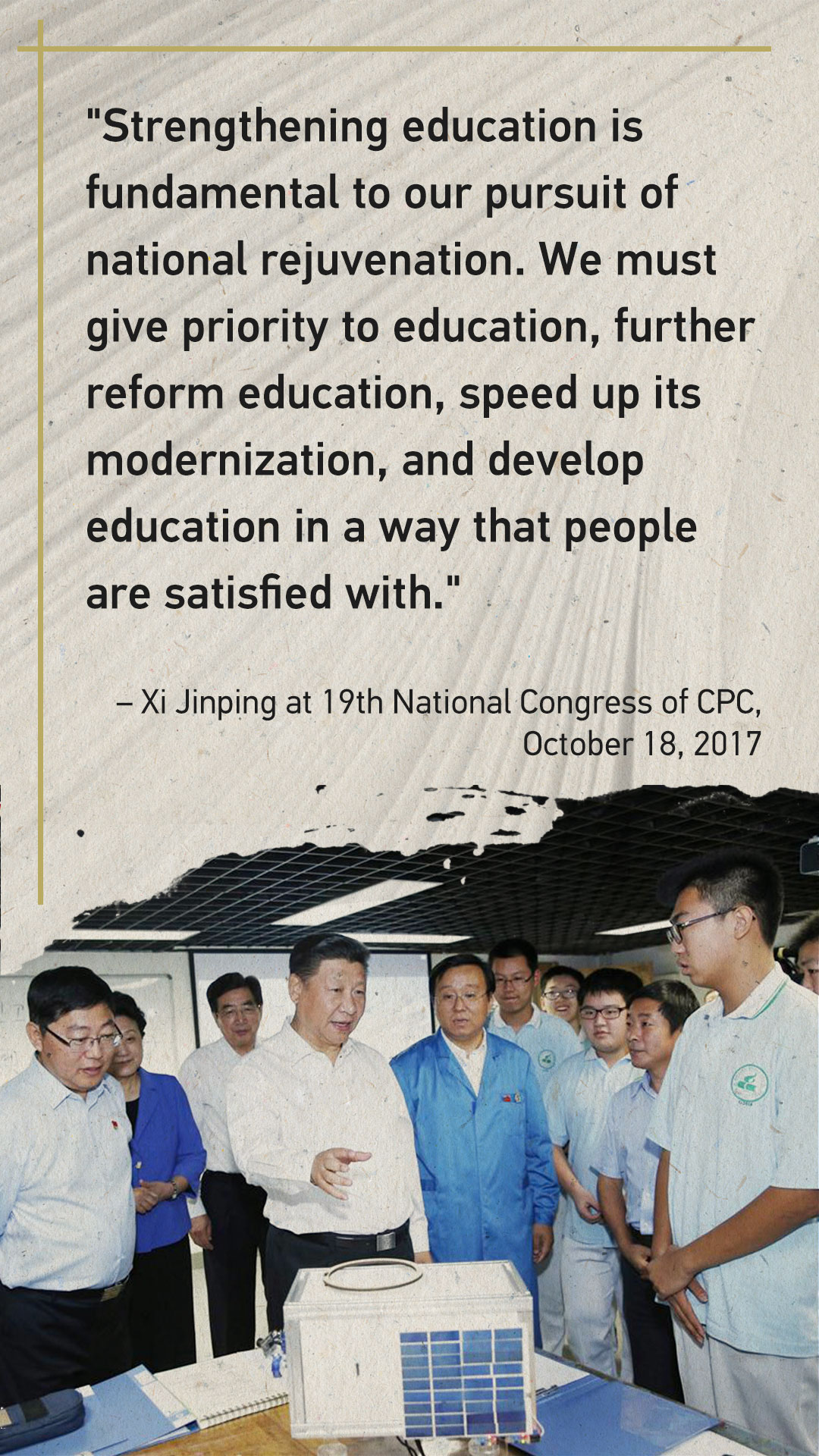 Chinese President Xi Jinping talks to a student about a mini-satellite during an inspection visit to Beijing Bayi School in Beijing, September 9, 2016.

Chinese President Xi Jinping talks to a student about a mini-satellite during an inspection visit to Beijing Bayi School in Beijing, September 9, 2016.

To achieve the ambitious goal of shaping itself into a world education powerhouse, the Chinese government is well aware that it needs to address the urban-rural education gap and the relatively high drop-out rate in the most-deprived families in poverty-stricken areas.

Xi has repeatedly said education is key in breaking the inter-generational transmission of poverty. Children living in poor areas must be ensured fair access to quality education, Xi has said time and again.

Policy-makers are increasing financing for children living in poverty. In 2018 alone, nearly 100 million students from families with financial difficulties were subsidized nationwide.

There are now 347 secondary vocational schools enrolling nearly 600,000 students in various areas hit by extreme poverty, with 142,000 vocational graduates from these schools landing jobs in 2017, bringing the employment rate to over 90 percent.