Huawei's HarmonyOS 2.0 coming to smartphones in 2021
By Gong Zhe 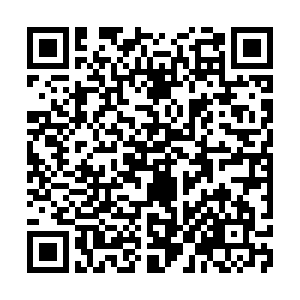 The OS is currently only available to TV sets from Huawei and Honor. But in 2021, it will be installed on smartphones, a big move previously denied by the company.

"All Huawei smartphones in 2021 will support this OS," said Richard Yu, head of consumer business at Huawei.

The keyword for the 2.0 version is "distributive," allowing multiple Huawei products to seamlessly work together and bring a streamlined experience to users.

Wang Chenglu, head of software at Huawei's consumer business branch, told the conference that the interaction between HarmonyOS 2.0 devices will be much faster than current cross-device solutions.

"Terminal to terminal latency can be only 10 milliseconds," Wang said. "We also managed to merge WiFi and Bluetooth into a single network."

Video/audio sync will no longer be a problem when you connect a HarmonyOS 2.0 TV to compatible smartphones and speakers.

Huawei is also building a device ecosystem with other electronics makers. "Ovens, fridges, cars and many other third-party products with HarmonyOS 2.0 will be available soon," Wang said.

Huawei has also promised to make HarmonyOS open source, which means anyone can freely examine the system specification to make sure there's no problem.

Apple's iOS and Microsoft Windows, for example, are not open-source software, so no one outside of the companies knows how these systems work.

Huawei announced the open-source roadmap for HarmonyOS 2.0 during the same conference.

The code for small Internet of Things (IoT) devices with 128 megabytes or less storage is available now.

"Anyone can rebuild the OS from scratch and make it run," Wang promised.

The code for larger devices will be freely published in April 2021, and the remaining code will be available for download by October 2021.

It's practically impossible for Huawei to create a loophole or add malware to the open-source code since it's freely available for all governments across the world to examine and investigate.

Huawei is trying hard to attract app developers to join the HarmonyOS 2.0 ecosystem. Hence, it has created an app framework, code compilers and integrated developer environment (IDE) from scratch to help developers jump into coding instantly.

"Some Chinese companies don't like building tools. But we do," Wang said.

Huawei's ecosystem is working in the Chinese mainland market. But outside China, where more people prefer Google's software, Huawei is having a hard time promoting its own smartphones.