A city for locals or for tourists? Rethinking Venice post-COVID-19
By Sim Sim Wissgott 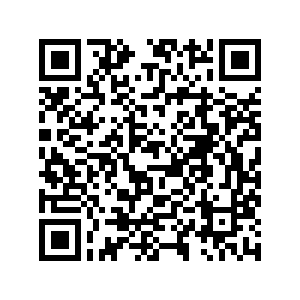 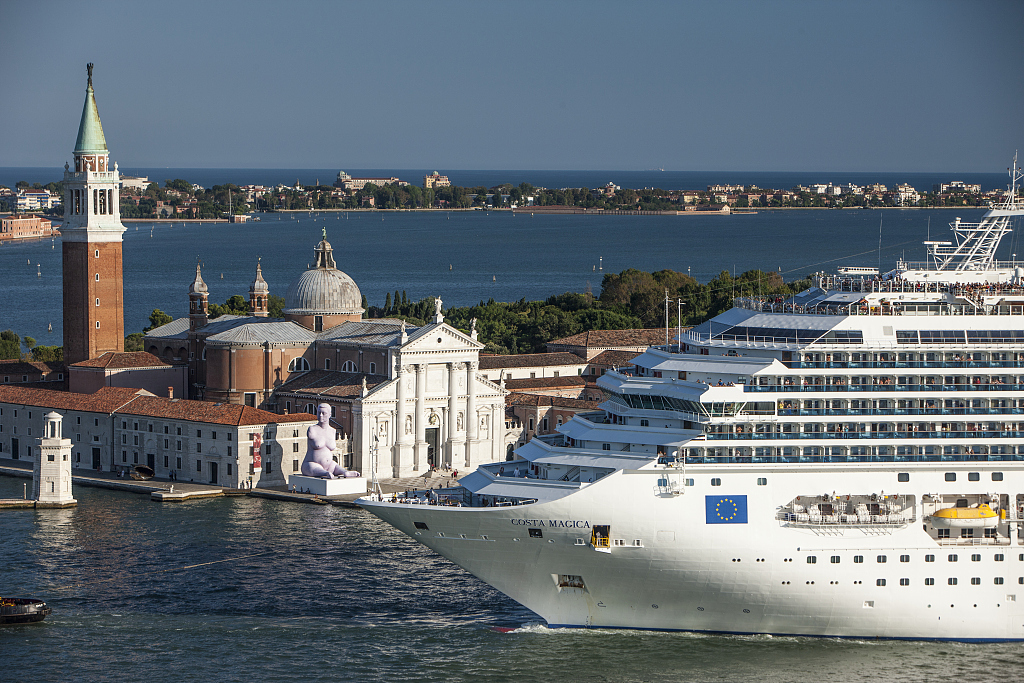 No more cruise ships, no more hordes of tourists, eerily quiet streets and new marine life in the canals: after battling overtourism for years, Venice was given a glimpse of life without it when the COVID-19 pandemic hit. But while residents reclaimed their city, the absence of visitors hit the local economy hard.

Now tourists are returning and with them, many of the old problems. So what is the way forward for a city that has captured the imagination of travelers for centuries?

A plague on the city

Venice has been one of the cities most associated with overtourism in recent years, its signs visible everywhere, from the exorbitant prices to the giant cruise ships dwarfing the historic palazzi and spilling thousands of passengers onto its narrow streets every day.

Efforts to stem the flow by installing turnstiles and plans to introduce a tourist tax or cap the number of visitors have achieved little. Meanwhile, residents have continued their exodus, scared off by high rent prices and a feeling that their city is turning into an amusement park for tourists.

Perhaps most notably, the number of tourist beds – including hotels, bed and breakfasts and Airbnb rentals – surpassed the number of local residents.

COVID-19 brought all of this to a halt as Italy closed its borders and Venice went into lockdown.

In April, satellite images released by the European Space Agency showed the Venetian lagoon, usually murky, had turned deep turquoise thanks to a sharp drop in boat traffic. 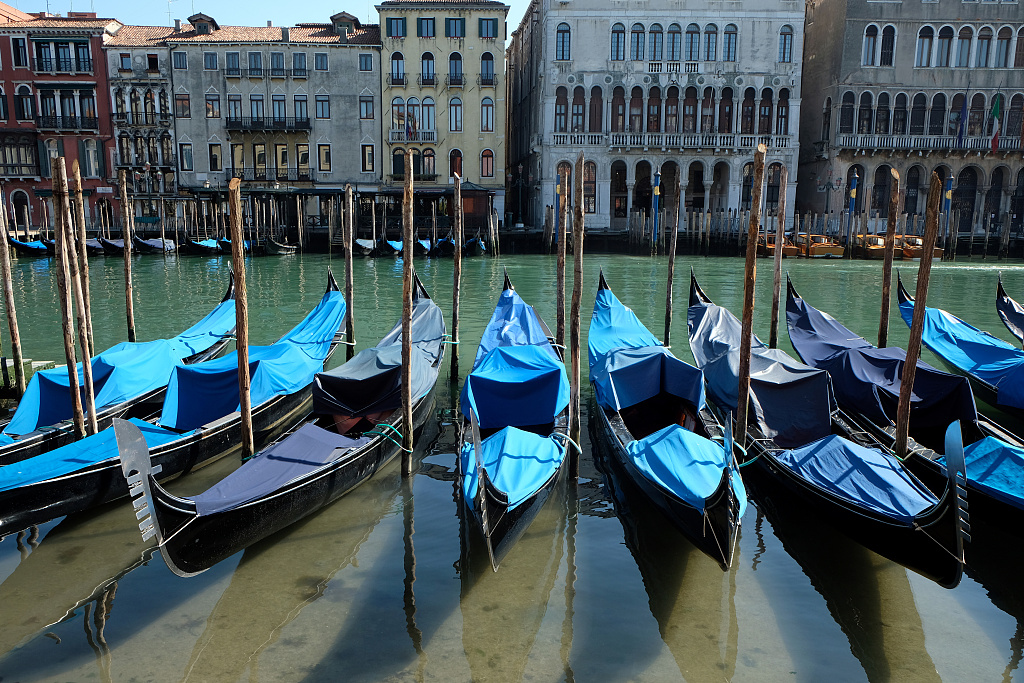 Reports of dolphins being sighted in the canals were false but ducks, octopus, jellyfish and shoals of fish were spotted again in the Grand Canal, the busy thoroughfare that is usually jam-packed with vaporetti, traghetti, water taxis and gondolas, according to Kasia Ruszkowska of We Are Here Venice, an NGO pushing for policy changes to preserve Venice as a "living city."

"Conversations in the local dialect could be overheard in the streets," she told CGTN. "The residents of Venice were able to... enjoy their city once again – we were able to appreciate architectural details that had previously been obscured by crowds."

But in a city deeply reliant on tourism – tourists bring in about three billion euros (3.5 billion U.S. dollars) every year – the economic impact was quickly felt. About 65 percent of Venice's population is officially employed in the tourism sector, leaving many without a job when tourists stopped coming.

A living city, not a museum

The experience has prompted renewed calls for a rethink in Venice. Activist groups have long campaigned for more sustainable tourism that benefits the city rather than turning it into a playground for visitors.

It is not just that tourists congregate around the sights, snapping pictures and feeding the pigeons in Piazza San Marco: the cost of living and rent have shot up, spurred on by Airbnb and landlords who have seen they can make more money with short-term rather than long-term rentals. And as Venice has increasingly become a tourism monoculture, businesses have relocated out of the historic center to the mainland where living is more affordable, and people have followed.

In 1951, Venice's historic center had a population of 174,800. It is now a third of that, with two people on average leaving every day in 2019, according to official data. 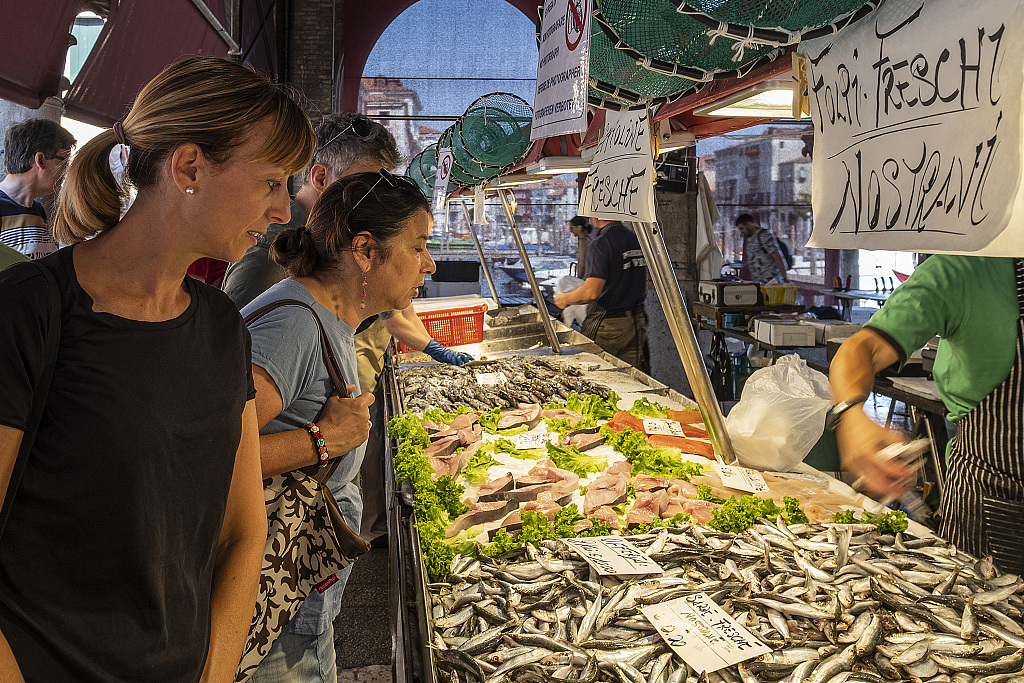 Venice now runs the risk of dying out entirely, groups like Generazione '90 have warned.

"We are probably the last generation that has seen Venice as a true living city, where finding a home or a job, walking through the streets and going grocery shopping are not the actions of superheroes but a normal thing," it said, slamming local authorities for making decisions with only the interests of tourists and not of the local community in mind.

Proposals from civic groups on how to tackle Venice's overtourism and depopulation problems – and attract people and businesses back to the city while ensuring that those already there do not leave – have multiplied.

In a July report entitled "Whose city is it anyway?" We Are Here Venice suggested tax incentives for long-term rentals, restrictions on short-term lets and taxation on vacant apartments to encourage landlords to rent to locals, as well as aid to local businesses.

Others have suggested attracting university projects and students to live and eventually work in Venice.

Two groups, Associazione Piazza San Marco and Venezia da Vivere have asked locals to submit their own suggestions under the hashtag #RiscrivereilFuturo (Rewrite the future) and have been posting them online.

Venessia.com, which describes itself as a pro-Venice forum, has proposed diversifying into the digital economy, shipbuilding, artistic production and scientific research, while giving tax breaks to businesses outside the tourism industry, noting that Venice's sumptuous palazzi would be ideal headquarters for major companies instead of just hotels.

No more 'hit and run'

As far as tourists are concerned, Venessia.com has urged a cap on numbers as well as mandatory advance registration to ensure visitors are evenly spread throughout the year. 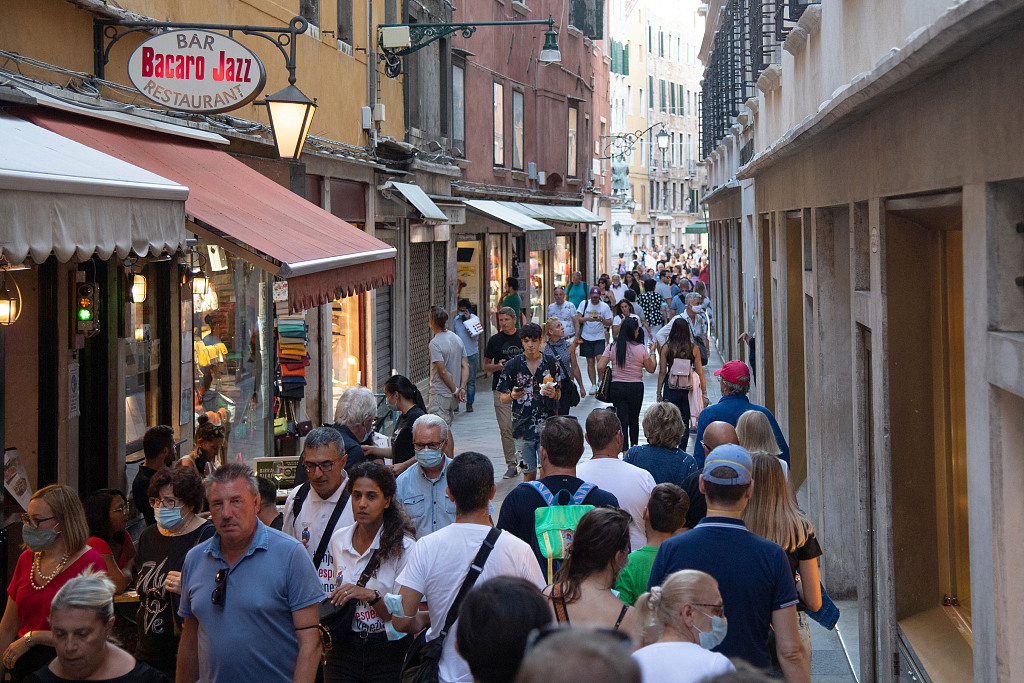 Tourists can be seen in the historic city center in Venice, Italy, September 8, 2020. /VCG

Tourists can be seen in the historic city center in Venice, Italy, September 8, 2020. /VCG

The key is to move away from the "hit and run" visitors – who come in for the day, eat a cheap pizza and leave – and to attract quality tourism, people who check into a hotel for a few nights, "want to get to know and experience a city and will willingly pay for quality services," according to Generazione '90.

Campaigners already scored an unexpected victory in June when two Italian cruise companies, MSC Crociere and Costa Crociere, announced they were cutting Venice from their itinerary this year.

Not only do cruise ships flood the city with masses of day visitors who contribute little to the local economy, they have long been controversial as the waves they cause while navigating through the lagoon lap at the very foundations of the city, endangering its historic buildings.

Even with months of lockdown and cruise ship tourism still largely on hold, Venice has received an estimated 12 million visitors so far this year.

"The fact that tourists are still putting a strain on Venice's infrastructure despite a large reduction in their numbers is testament to the inherent fragility of Venice and demonstrates just how serious the issue of overtourism has become in the city," said Ruszkowska.

Many have complained that public authorities have been slow to act in the past and that grand announcements have often turned out to be empty promises.

With the global health crisis bound to dampen tourism for months or even years to come, this could be an opportunity for Venice to take much needed action.

"This is a critical moment for Venice – the city must seize the opportunity to change its future for the better," Ruszkowska urged.