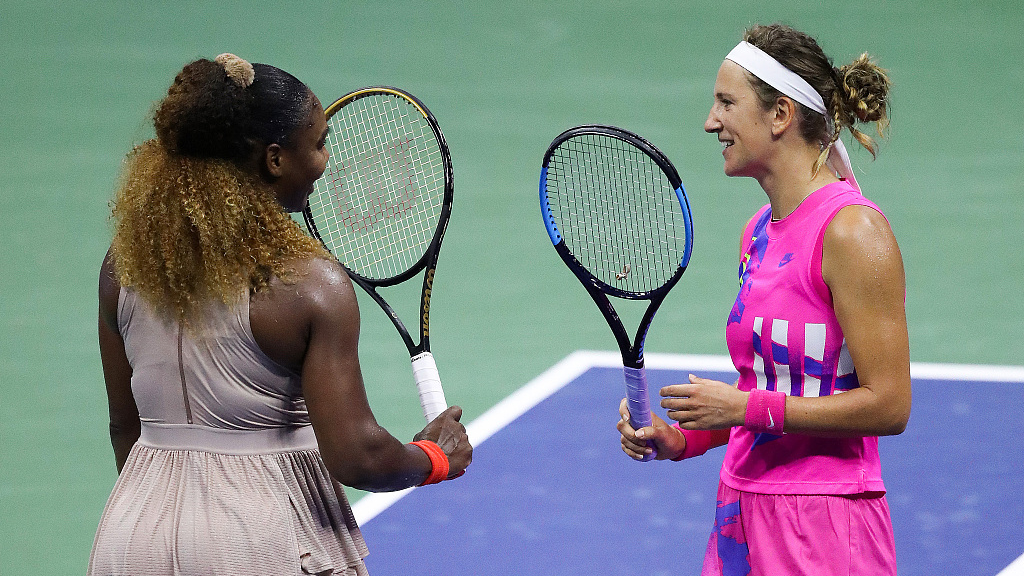 After multiple rounds, the U.S. Open finally staged a blockbuster match on Thursday which saw two-time tournament's finalist Victoria Azarenka and six-time champion Serena Williams fighting for a ticket into the final under the roof of Arthur Ashe Stadium.

Both had inspiring journeys to tell coming into the semifinal as on one side of the court is 38-year-old Williams tenaciously fighting for her record-equaling major title and across the net the former number one Azarenka playing her first Grand Slam semifinal in seven years.

And the great night ended with the resilient Azarenka recovering from one set down to beat Williams 1-6, 6-3, 6-3 to book a clash with 2018 champion Naomi Osaka.

"I'm so grateful to be able to play such a champion in the semifinal," said Azarenka in an on-court interview. "The roads to the final have to be the best players, and definitely today was that day."

After Williams beat her in the tournament's final in 2013, the former world number one is now back to her first Grand Slam final in seven years.

"That's my favorite number so I guess that's meant to be," said Azarenka. "I'm very grateful for this opportunity." 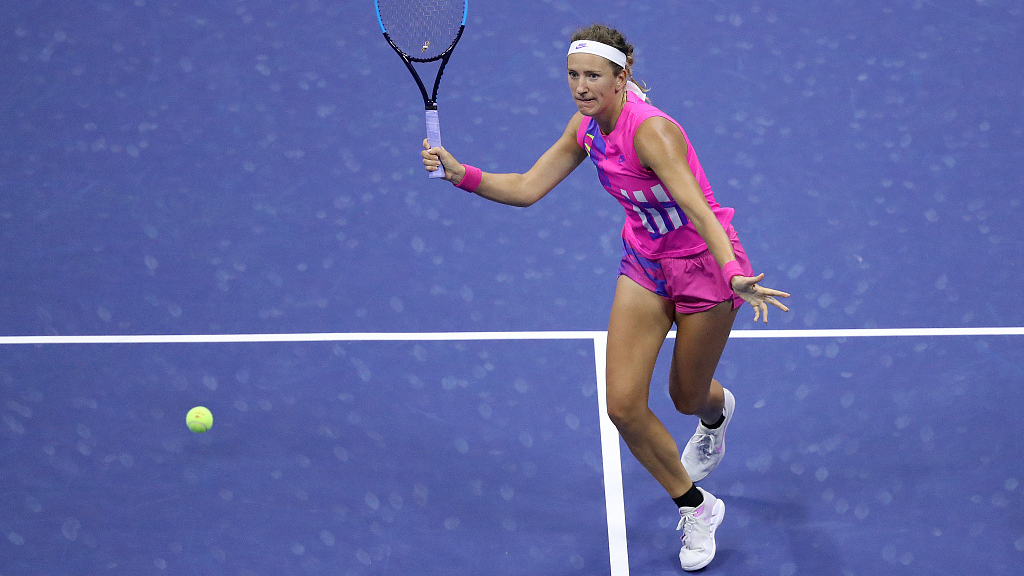 Victoria Azarenka returns the ball during her women's singles semifinal match against Serena Williams at the 2020 U.S. Open in New York, September 10, 2020. /VCG

Victoria Azarenka returns the ball during her women's singles semifinal match against Serena Williams at the 2020 U.S. Open in New York, September 10, 2020. /VCG

The two-time Grand Slam winner had never beaten Williams before in a Grand Slam and she seemed to be heading for another agonizing loss after being hammered 6-1 in the first set.

But the 31-year-old turned the tide in set two, upping her service game and drastically reducing her unforced errors as she began to dictate lengthy rallies.

"I knew it's never over until I have another chance," said Azarenka.

"We both know that match is never over. I knew it was not gonna be over at 5-3 (in the third set) either," said Azarenka, noting her heartbreaking loss to Williams in the 2012 U.S. Open, when she served for the match at 5-3 in the third set only to lose 7-5.

"I've been there before, so today's gonna be different."

"I was young. My ego was way too big. Now it's a little smaller, and the results are coming," said she.

According to Azarenka, her mental game had been crucial in beating the 38-year-old Williams, who needed a medical timeout to have her left ankle re-taped early in the third set due to Achilles trouble.

"I think it's the daily work I've been doing to find that calm mind and match it with an excited body, because I had to keep moving and bringing the energy," the Belarusian said during the on-court interview. "She dug me in a big hole in the first set. I needed to find energy to climb out of the hole and it wasn't easy for sure.” 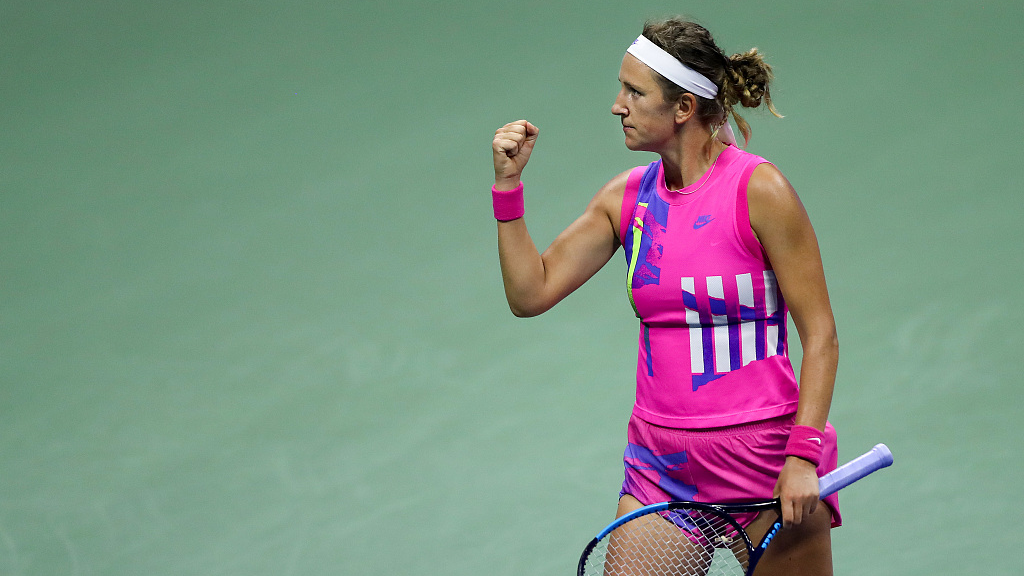 Serving for the match, she hit a double fault before smashing her fastest serve of the night at 109 mph.

When Williams then challenged and lost an ace that was called in on the next point, it was game, set and match to Azarenka.

Her last Grand Slam title came at the 2013 Australian Open, when she retained the crown she had won a year earlier.

Awaiting in the final is Naomi Osaka, who was forced to withdraw at last month's Western & Southern Open final due to a hamstring injury, the title of which was claimed by Azarenka.

"I'm so excited to play her because we were supposed to play last week. It's going to be super fun. She plays incredibly. I watched her semifinal a little today, and they had some incredible rallies. She's super powerful, so I'll have to stay strong and have fun. Playing a final is a blessing and a great opportunity, so I'll take all the fun out of it."