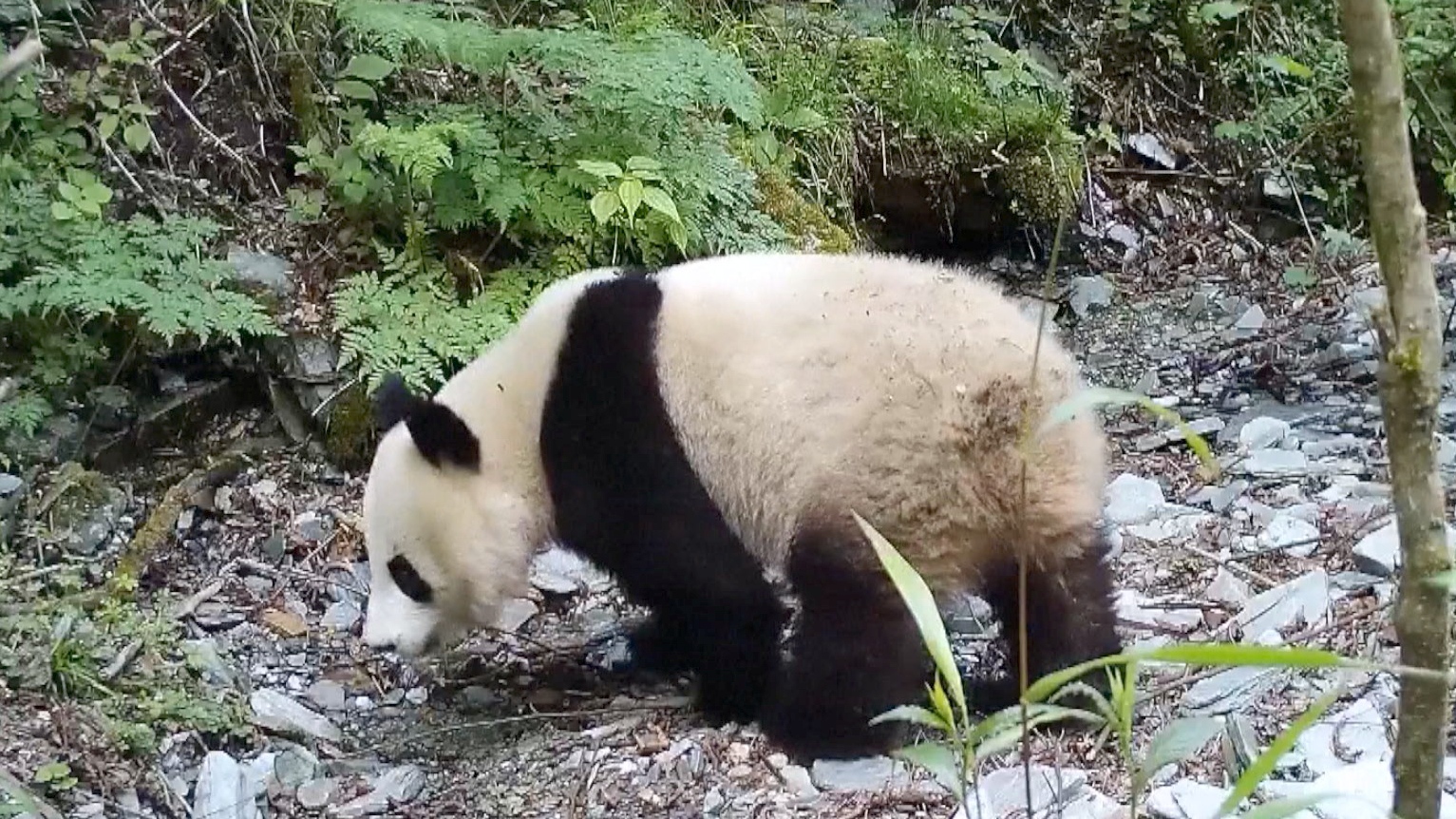 A wild giant panda was spotted by an infrared camera installed in Xiaohe Village of Pingwu County, Mianyang City in southwest China's Sichuan Province. Lazily drinking water, the animal laid on its stomach for several minutes.

Since the 1970s, four big surveys on panda's population showed a total of 49 pandas in Xiaohegou Nature Reserve that neighbors Xiaohe Village. Other rare animals such as black bears, Sichuan golden snub-nosed monkeys and Temminck's tragopan have also been caught on infrared cameras.