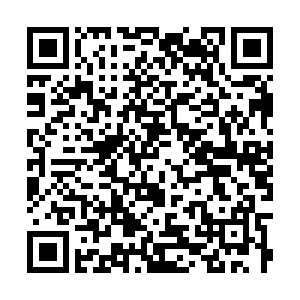 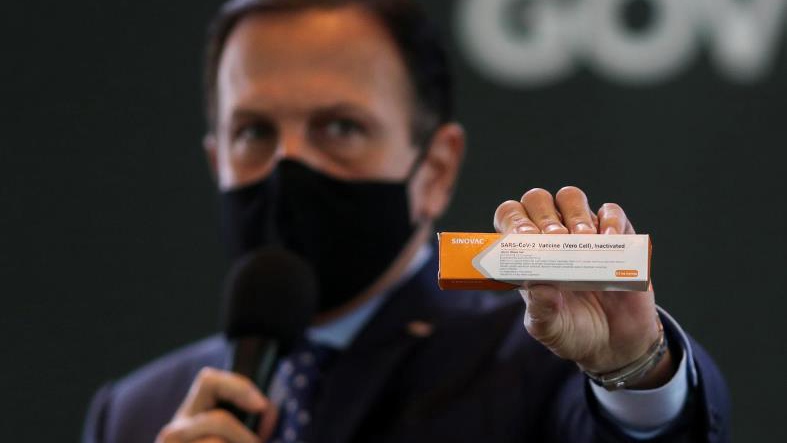 The governor of Brazil's Sao Paulo state said on Wednesday that a China-developed COVID-19 vaccine may be available to Brazilians as early as December as the vaccine has shown promising results in phase three clinical trials.

Sao Paulo, the epicenter of the coronavirus pandemic in hard-hit Brazil, is one of six states helping to test the CoronaVac vaccine developed by Chinese pharmaceutical firm Sinovac Biotech.

Some 9,000 Brazilian volunteers are participating in the Sinovac trials. Governor Joao Doria said phase two trials had shown that the vaccine produced an immune response in 98 percent of recipients over 60 years old, with no adverse side effects reported so far.

"The results have been extremely positive," he told a news conference.

"We will soon be able to immunize Brazilians in Sao Paulo and across the country with the CoronaVac vaccine... The projected delivery date is in December this year."

Sinovac has partnered with a Brazilian public health research center, the Butantan Institute, to conduct phase three clinical trials of the vaccine – the last step before regulatory approval.

The deal gives the institute the right to produce 120 million doses of the vaccine, according to officials.

Brazil is the third hardest-hit country by COVID-19 after the U.S. and India, and has become a testing ground for at least two vaccine candidates.

One such vaccine is being developed by AstraZeneca, which has had to pause global trials after an unexplained illness in a participant in Britain.

Trials for the AstraZeneca vaccine on 5,000 volunteers in Brazil are well advanced and have not produced any problems in participants, according to the immunobiology center of Sao Paulo's Federal University, which is running the trials.

Vaccination of volunteers in Sao Paulo, Rio de Janeiro and Salvador have been put on hold, but work continues monitoring those who have received the first and even the second dose, a university representative said.

At the start of next year, phase three trials of Russia's "Sputnik-V" COVID-19 vaccine will also be conducted on 10,000 volunteers in Brazil in partnership with the state of Parana's Technology Institute, known as Tecpar.

Brazilian lab and hospital group DASA SA said on Wednesday it had agreed to conduct phase two and three trials in Brazil for a COVID-19 vaccine developed by COVAXX, a unit of privately owned United Biomedical Inc.