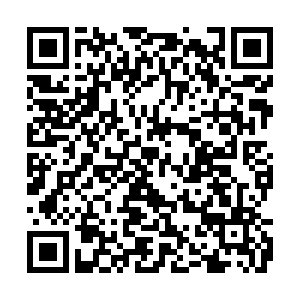 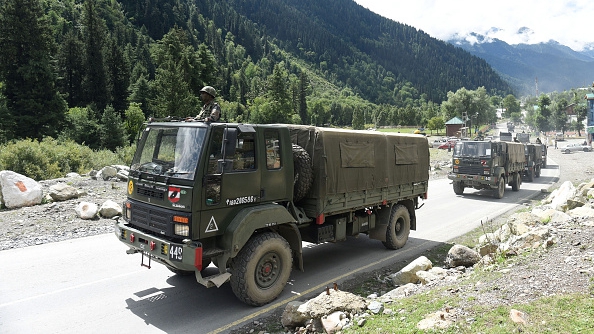 An army convoy passes through Gagangeer along a highway leading to Ladakh near Srinagar, India, September 7, 2020. /Getty

An army convoy passes through Gagangeer along a highway leading to Ladakh near Srinagar, India, September 7, 2020. /Getty

Chinese media cited a source in its report on Saturday which claimed that the five Indians who the latter's media alleged were "kidnapped" across the South Tibet Line of Actual Control (LAC) earlier this month were actually intelligence agents disguised as hunters. The source is also quoted as saying that they came forward with the truth in order to set the record straight after the fake news that was being propagated by Indian media about this incident.

This revelation isn't surprising, though it's still very significant. Few should ever take Indian media's words about China at face value since a Microsoft survey reported upon by the UK's Evening Standard in February 2019 found that India has more fake news than anywhere else in the world. Observers should have immediately been suspicious the moment that they heard about this story since China doesn't engage in kidnapping nor hostage-taking. It does, however, vehemently defend its sovereignty from illegal incursions.

For those who are unaware, China doesn't recognize the legitimacy of Indian control over the region that Beijing regards as South Tibet but New Delhi describes as "Arunachal Pradesh." This dispute stems from the UK's divide-and-rule cartographic games of prior centuries when it took advantage of China's internal weakness at the time to make colonial claims to the latter's historical territory. India inherited these same claims upon independence but refused to disown them, hence why the dispute continues to this day.

That's why it isn't surprising that India sent five spies to infiltrate South Tibet disguised as hunters and then had its media propagate fake news alleging that innocent civilians were kidnapped by the People's Liberation Army (PLA). What makes the latest revelations about these individuals' true intelligence purposes so significant is that their mission took place against the backdrop of simmering tensions between China and India over the LAC between Aksai Chin and the Indian-occupied region of Kashmir that New Delhi claims as Ladakh. 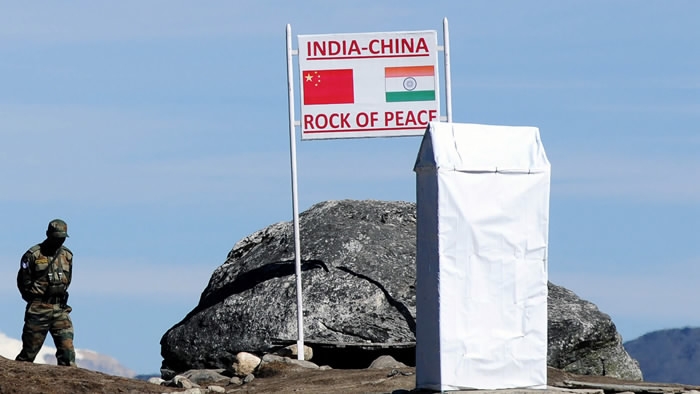 South Tibet, however, is nearly 2,000 kilometers away from Aksai Chin, and no tensions over this territory were publicly reported at the time. This means that India, true to its recent history of regional aggression, was apparently attempting to provoke problems there in order to create a crisis along the entire LAC separating the two countries. There's no other reason why it would dispatch five intelligence agents to infiltrate Chinese territory at that particular moment in time other than to spark problems along this second disputed frontier.

One can't help but wonder whether the Indian government authorized this extremely provocative mission or if it was undertaken by one of its intelligence agencies without its knowledge, the same as it remains unclear whether it authorized its military personnel to violate the bilateral agreement not to discharge firearms along the LAC like what dangerously happened last week. Both scenarios, that it approved of these actions, or they were undertaken by rogue elements of the intelligence community and military, are equally concerning.

In any case, China's capture of these illegal infiltrators foiled the plot to provoke a two-front crisis and greatly contributed to the eventual agreement reached by it and India's foreign ministers last week to de-escalate tensions along the LAC in the Western Himalayas. It might even have been partially responsible for changing India's previously recalcitrant attitude in refusing to stop its aggression. In order to preserve the incipient peace, however, India must respect China's sovereignty in South Tibet just as much as in Aksai Chin.

China has long been wanting to negotiate a comprehensive solution to its territorial disputes with India, and now is the perfect opportunity to jumpstart this peace process after the latest bilateral de-escalation agreement. It would be wise for India to accept the olive branch of China's forthcoming release of its spies by returning to such negotiations. Prime Minister Modi has the chance to leave a legacy of peace by finally resolving these issues, which is entirely possible to do if he has the political will.