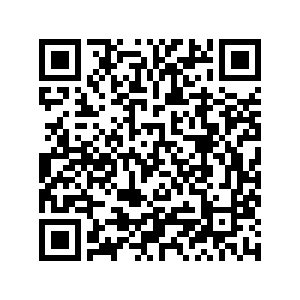 In Richard Yu's vision, this OS could be the core of a "connect everything" future. That's why he talked most about the OS's distributive computing capabilities.

The more Harmony devices come together, the happier it'll be.

But Huawei is facing a very tough world. The U.S. is doing everything except starting a war to murder the company. And many other governments are looking at a distance to see if this "cheap but cool 5G company" can survive.

Let's check if Harmony OS can replace the OSes Huawei is currently using.

Nearly all Huawei smartphones currently in the market are based on Android.

Android is open source and not under control of its creator Google. But the problem is, Google's impact on the Android ecosystem is not about owning it, but about supporting it.

It's already clear that an Android phone without Google services is only welcomed in the Chinese mainland, where there's no Google service anyway.

So even if Harmony OS becomes a success, the European buyers will still ignore Huawei smartphones, unless they really want something without Google.

Huawei's solution to this problem is Huawei Mobile Service and the App Gallery. They are still too young for us to call a success or failure.

But previous experiences have told us that Samsung's Tizen now rests on TVs and Microsoft's Windows Mobile now rests nowhere.

Building an ecosystem from scratch might have become a job too hard to be done.

Huawei's laptop business was doing great before Windows was removed.

But that may not be a serious problem for average users.

On one side, Linux is there. Linux distributions may not be the best for personal use, but they are largely tolerable when tuned right.

On the other side, many people in developing countries are still pirating Windows heavily. Some of the users just don't care if a laptop comes with Windows preinstalled or not.

With that said, using Harmony OS 2.0 to replace Windows in Huawei laptops is still not a good idea for now.

The problem lies in apps. Windows apps are so versatile that even Microsoft themselves cannot beat them.

Microsoft tried hard in recent years to promote a new kind of native app. But the ecosystem is only surviving, not thriving. Users still prefer the old, "dot-exe" way.

This is where things start to get interesting.

Linux is not only the foundation of Android and internet servers, but  also a widely used OS forIIoT devices like wearables, smart home products and industry internet systems.

Huawei already has LiteOS, a tiny OS for IoT stuff that's proved to be working great.

Actually, part of the Harmony OS was built on LiteOS.

After Huawei released the first part of the Harmony OS source code, programmers around the world showed interest and read them.

Turned out, the IoT part of Harmony OS was a tweaked version of LiteOS, with an addition of distributive computing capabilities.

So, it's largely possible for Huawei to win a part of the IoT market.

But challenges remain. There are already many established IoT brands even in China.

Xiaomi has united many smaller electronics companies to form an alliance and try to own the smart home market. And Haier chose to produce everything with their own technologies.

Both companies have already built matured solutions that have been put into millions of homes in China.

What kind of difference can Huawei make here? That's one of the biggest question marks around Harmony OS 2.0 right now.

You can also read Huawei's code right now since the IoT part of the OS is freely available.