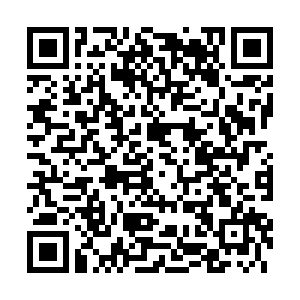 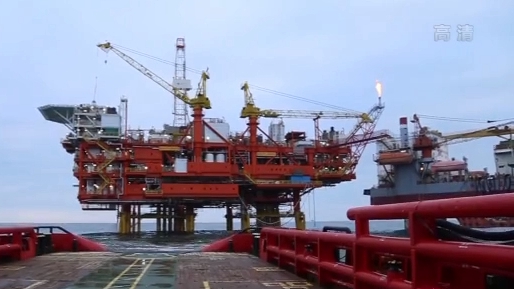 China's first large offshore platform for heavy oil thermal recovery was put into production in the Bohai Sea on Monday, marking a key step in the country's development of offshore heavy oil.

Heavy oil is a kind of crude oil with high density and viscosity, poor fluidity, and is easy to solidify. Lyuda 21-2 the platform is expected to produce about 400 tons of crude oil daily.

The average depth of the oil wells put into production this time is about 2,500 meters under the sea. Looking like "black mud," it is unconventional heavy oil with viscosity 300 times that of edible oil, and is very difficult to exploit. 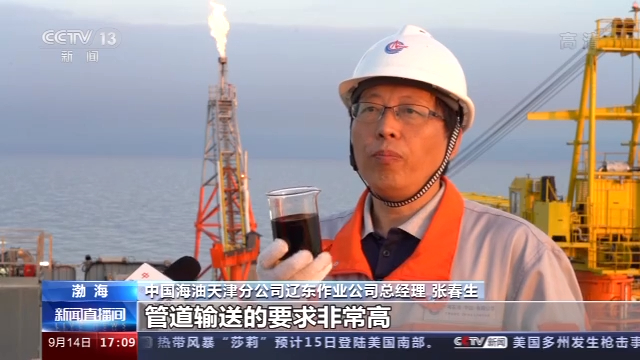 The heavy oil recovered by the platform is "highly vicious and poor in liquidity," which "cannot be poured out of the glass without heating it," explained Zhang Chunsheng, general manager of Liaodong Operating Company, Tianjin Branch of the China National Offshore Oil Corporation (CNOOC).

"It sets extremely high requirements for the production technology, process treatment, pipeline transport to exploit such heavy oil from underground to the ground and then transport," said Zhang. "The sea makes the recovery process even harder."

China started the pilot test for the thermal recovery of offshore heavy oil in 2008, and successively solved a series of challenges, including limited space of offshore platform, difficult safety control of high-temperature well, and large heat loss in the well.

"The two systems are highly integrated and downsized," said Wang Wenqi, director of the platform. "Compared with systems of the same type and size on land, the offshore ones cover only a fifth as much land and weigh only a fifth."

The world's proven heavy oil reserves are about 815 billion tons, accounting for 70 percent of the world's remaining oil reserves, which is an important superseding resource.

The country's offshore heavy oil is concentrated in the Bohai Sea area, where the proven geological reserves of crude oil have reached 4.2 billion tons.

The annual oil and gas production in the Bohai Sea exceeds 30 million tons, yet the unconventional heavy oil production accounts for less than one percent. Converting the country's heavy oil reserves into production is of great significance in enhancing domestic oil and gas exploration and development, and an indispensable part of national energy security.

Following Lyuda 21-2, several platforms will be put into production, and the heavy oil thermal recovery will reach three million tons in the Bohai Sea area by the end of 2025.