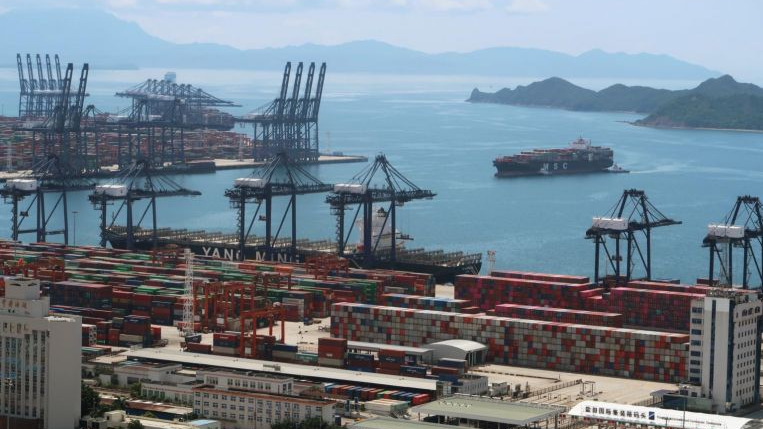 Since its debut in May, China's "dual circulation" strategy has generated concern among investors and industry leaders about the country's future role in the global economy. Media headlines have speculated over the past few months that China will turn inward, mirroring Trump's "America First" policy, despite the central government's commitment to the opening of the economy.

Are those worries valid, given a possible decoupling between China and the U.S. as the latter tries to stymie the rise of the world's second largest economy? Will this shift toward emphasizing domestic consumption and self-reliance in key sectors help China move away from an export-led economy?

"The concept, with no concrete details yet to come, is kind of murky," said Wang Dan, chief economist of Hang Seng Bank (China). "It's raised at the moment more as a contingency plan against the backdrop of the U.S.' increasing containment of China, in particular in the hi-tech realm."

The U.S. has been looking to leverage its clout to stifle China's tech development. In the latest move, it forced the sale of the popular short-form video app TikTok, in addition to cutting off the Chinese telecommunications champion Huawei's access to state-of-the-art chips made using American technology. For instance, the high-end extreme ultraviolet lithography machine – the cream of the crop in chip fabrication – is solely in the hand of ASML, a Netherlands-based front-end photolithography monopoly. But its research and development bring together the most cutting-edge technologies from the world's tech giants, including the deep ultraviolet light source from the U.S. China, a latecomer to high tech, lags far behind in the development of this technological marvel which only entered mass production in the past couple of years. It requires decades of experience and expertise as well as immense investment. If cut off from such technology, China will have a hard time catching up in the near term.

"With drastic geopolitical uncertainty and a further deterioration of Beijing-Washington ties, the new economic formula is more like the country's second reform and opening-up," Wang told CGTN during a phone interview.

This development pattern also underlines the importance of further tapping into the potential of domestic demand as China's major trading partners are still gridlocked in the long-haul battle against the coronavirus pandemic. In the midst of lackluster economic growth worldwide, China is the only large economy to report positive data. In early September, The Economist Intelligence Unit revised upwards the forecast for China's economic growth – from 1.4 percent to 1.7 percent, while it expected the global economy to contract by 2.5 percent. Fitch Ratings projected a gloomier figure: The world economy will shrink by 4.4 percent in 2020.

So the emphasis on local demand, known as "internal circulation," offers a way to cushion tepid global demand accompanied by a lackluster economy, which is set to last quite a while. "China is the only place where roughly 400 million middle class are living in a single market," said Liu Shijin, former vice president and senior fellow of the Development Research Center of China's State Council. 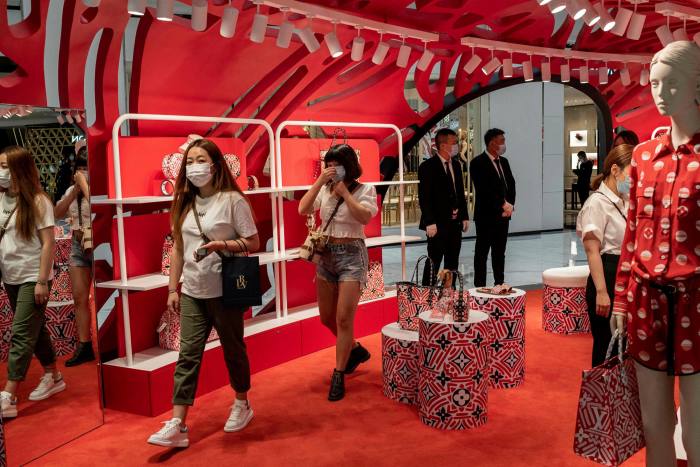 Shoppers at a mall in Beijing. /AFP

Shoppers at a mall in Beijing. /AFP

"But I think the 'internal circulation' is more on the supply side instead of on the demand side," Wang noted. China has one of the highest urban–rural income ratios in the world. Its urban residents constitute the largest bulk of consumers in the domestic market while those in rural areas prefer to save rather than spend, especially now due to the impact from the pandemic. With per capital disposable income in rural areas some one third of that in cities and towns, China has to first improve the income of its people before boosting domestic demand.

"Internal circulation" also touches on the service sector, an exponentially growing industry that now makes up more than 50 percent of its GDP. "The service industry is tinted with a localized and non-tradable feature, which means a revving up in the domestic demand is inevitable," said Liu at a forum on the recent China International Fair for Trade in Services.

"As a six-percent-expansion economy, China cannot rely on internal circulation only," Wang stressed. And the formula doesn't represent a regression from the opening-up policy the country mapped in 1978. On various occasions, Chinese President Xi Jinping reiterated the opening of the economy, drawing in foreign investment and treating foreign businesses equally.

During slowing globalization and an ongoing pandemic, China's exports still registered a year-on-year growth rate of 9.5 percent in August, according to the General Administration of Customs. Chen Deming, the former commerce minister and honorary chair of the Center for China and Globalization, predicts more robust export growth in the post-COVID-19 era. "Since the trade war broke out in early 2018, the average U.S. tariffs on Chinese imports has been hovering around 20 percent. But the U.S. remains the biggest buyer of Chinese products for the past five months, further widening the trade gap," said Chen.

But details on the dual circulation strategy won't be available until the new five-year plan is released during the annual Parliament session early next year.

The export surge during the coronavirus pandemic shows China's supply chain is relatively intact and pressure-resistant, according to Wang. "Despite a lack of investment and incremental costs, China still managed to deliver its exports on time, and at reasonable prices." 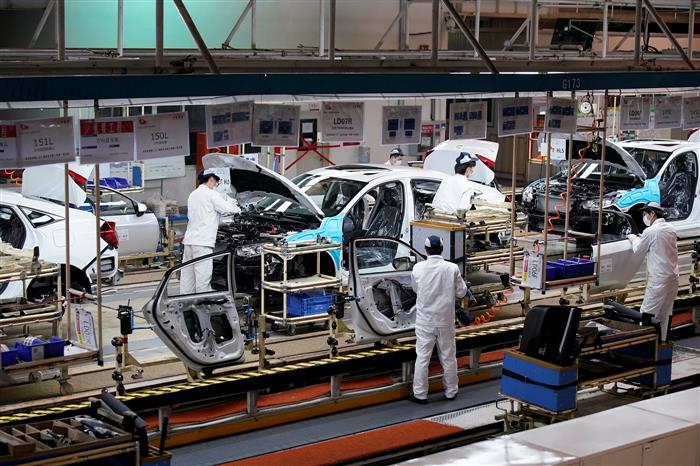 Inside a car manufacturer in China /Reuters

Inside a car manufacturer in China /Reuters

Though trade tensions, tech decoupling and political strife are pushing some American firms to move part of their production lines to Southeast Asian countries or back to the U.S., China's position as the world manufacturer doesn't look like it will be replaced anytime soon. Amid the pandemic, China and other countries have actually grown closer in trade and investment.

It's noted that exports have fallen below 20 percent of the country's GDP, but developed countries including the U.S. and Japan had theirs at under 15 percent. "That typifies the industrial structure of economic powerhouses," Liu said.

Without more details of "dual circulation" available, it might be presumptuous to claim that the strategy is inward-looking. For one thing, foreign investment in China remains stable and the Belt and Road Initiative continues to open up new markets in the region. For another, it's impossible for one single country to realize self-sufficiency in today's world. China is no exception. It has thrived due to globalization and cultivating business relationships with those in countries around the world.

The new formula is not an end to the country's decades-long opening-up policy but more of a reconfiguration that is adapting to geopolitical woes, the most severe pandemic in recent history and the real possibility of a tech decoupling.