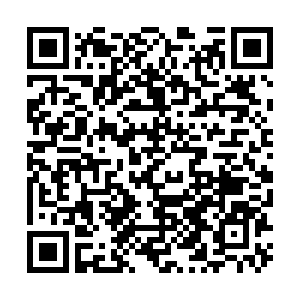 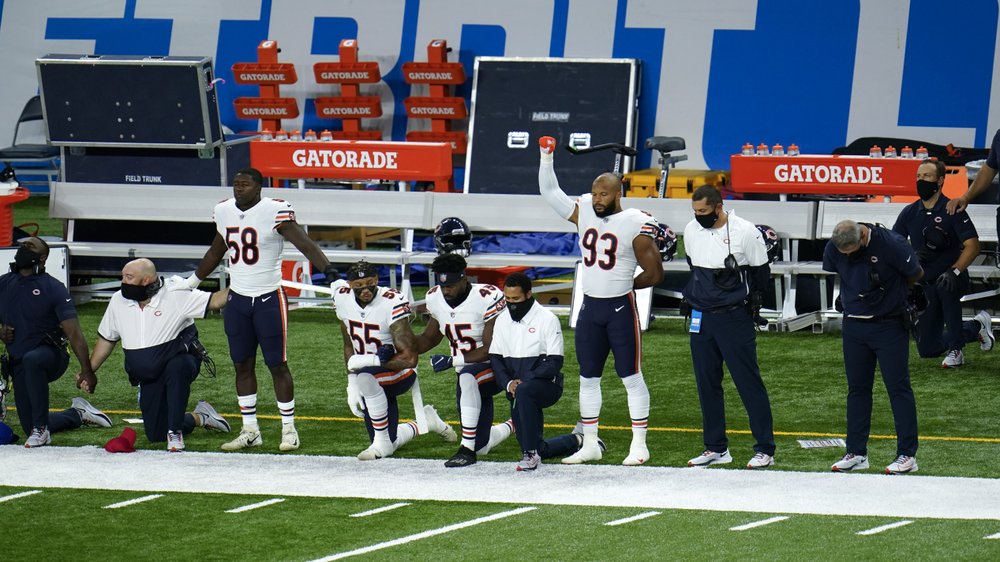 Chicago Bears coaches and players during the NFL game against the Detroit Lions in Detroit, U.S., September 13, 2020. /AP

Chicago Bears coaches and players during the NFL game against the Detroit Lions in Detroit, U.S., September 13, 2020. /AP

The NFL roared back to life, even if the roar was from fans who weren't in the stadiums.

NFL's new season got in full swing on Sunday as dozens of players and coaches dropped to one knee while six teams stayed in their locker rooms when the U.S. national anthem was played in protests against racial injustice following the death of George Floyd on May 25.

This season the NFL has launched a number of initiatives to demonstrate its support for activists campaigning against racial injustice.

End zones across the league will bear the words "End Racism" and "It Takes All of Us," while players are allowed to wear helmet stickers featuring the names of victims of racism.

Thirteen matches were played on Sunday.

The first of Brady's interceptions led to Kamara's 6-yard touchdown run. The second pick thrown by the new, 43-year-old Bucs QB – who left the New England Patriots in free agency after 20 years and six Super Bowl triumphs – was returned 36 yards for a touchdown by Janoris Jenkins.

Neither quarterback was statistically exceptional in this first-ever NFL game featuring two quarterbacks in their 40s.

The 41-year-old Drew Brees passed for 160 yards and two TDs, but he also avoided critical mistakes. He did not turn the ball over and took only one sack. His first TD pass was a dump-off to Kamara from 12 yards out. In the fourth quarter he hit free-agent signing Emmanuel Sanders for a 5-yard score.

Tight end Jared Cook caught five passes for 80 yards for New Orleans, highlighted by a 46-yard reception down the left side that set up Sanders' TD.

Brady was 15 of 28 passing for 157 yards and one TD through the first 54 minutes of the game. He padded his numbers in garbage time, finishing with 239 yards and two TDs, the second scoring strike going to Mike Evans with 2:41 left.

Tampa Bay's opening drive was promising for Brady, who the Bucs hope can lead them to their first playoff appearance since the 2007 season.

He lofted a 26-yard completion to Chris Godwin along the right sideline, drew a pass interference penalty with a 22-yard attempt to Mike Evans and capped the drive with a 2-yard keeper, after which he emphatically spiked the ball off the turf.

After that, however, his turnovers helped stake the Saints to a lead they would not relinquish.