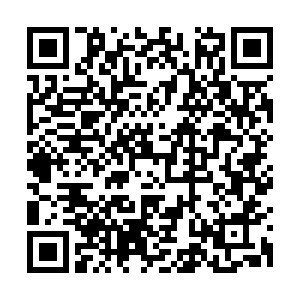 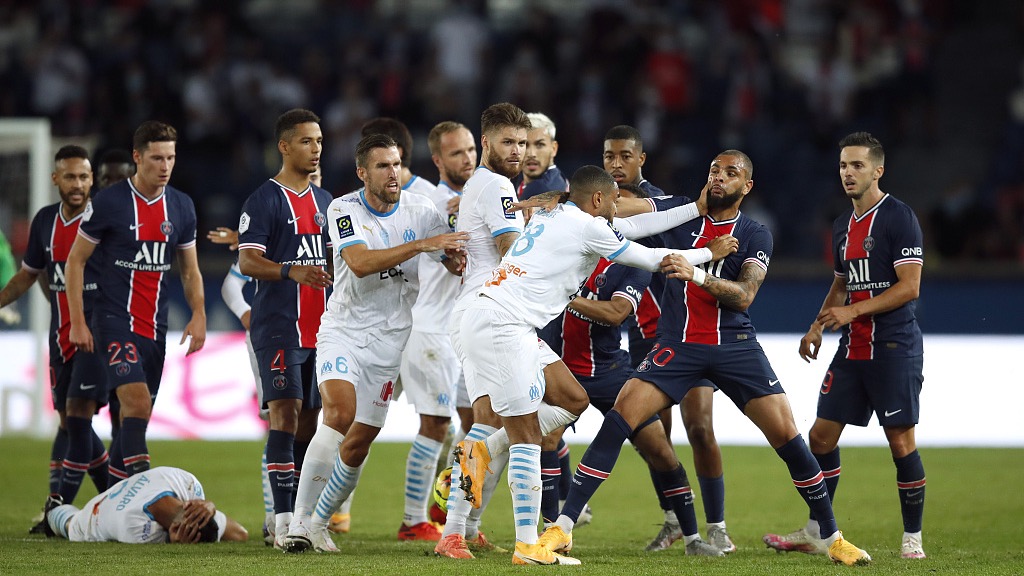 Neymar was sent off on his return from COVID-19 quarantine after reacting to an alleged racist slur as Marseille snapped their 20-match winless run against Paris Saint-Germain with a 1-0 victory over the reigning Ligue 1 champions on Sunday.

Florian Thauvin's close-range volley on 31 minutes earned Marseille the first victory over their bitter rivals since November 2011 but an ugly scuffle at the end resulted in five red cards at the Parc des Princes.

Neymar, in his first game since testing positive for coronavirus last week, was dismissed in injury time for a slap on Marseille defender Alvaro Gonzalez.

The Brazilian appeared to accuse his opponent of racism as he followed red-carded teammates Layvin Kurzawa and Leandro Paredes down the tunnel after he was sent off following a VAR review.

"Look at the racism. That's why I hit him," Neymar said as he left the pitch.

"The only regret I have is not hitting this idiot in the face," he tweeted after the match.

Neymar "told me it was a racist insult, but I didn't hear anything on the pitch," PSG coach Thomas Tuchel said.

"There is no place for racism in football but I don't think that was the case," Marseille coach Andre Villas Boas told Telefoot. "We'll have to look at it." 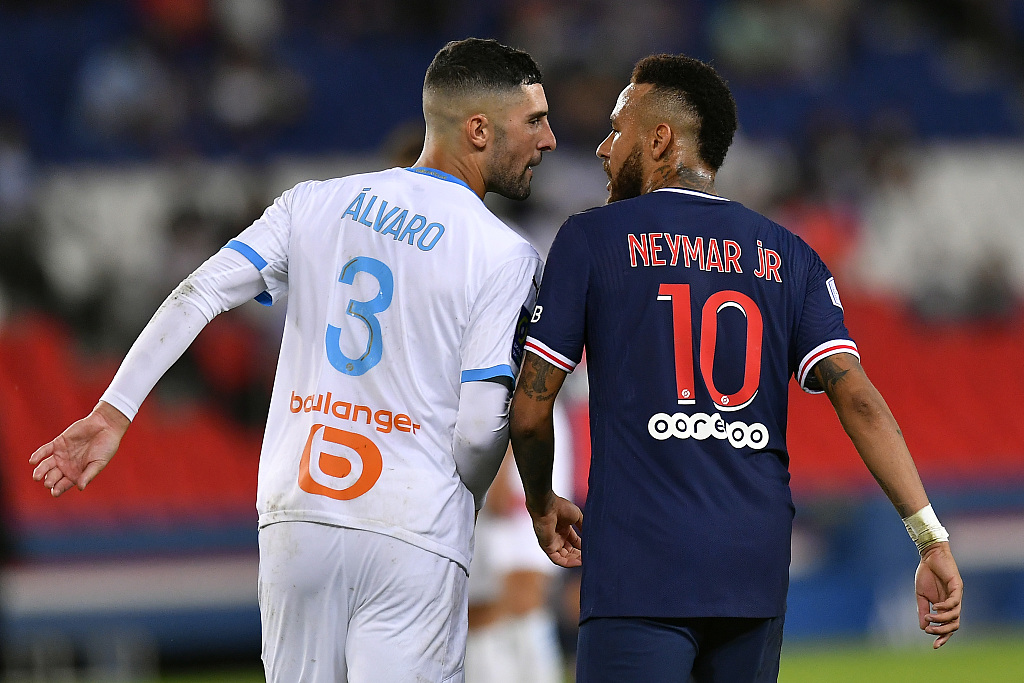 PSG, who lost the Champions League final to Bayern Munich last month, have now lost their opening two games of a season without scoring for the first time since 1978/79 and the task for Tuchel's coronavirus-afflicted side does not get any easier this month.

A frenzied schedule awaits, starting with the visit of Metz in midweek and a trip to Nice next Sunday, and Neymar now faces a suspension.

"Fourteen yellow cards and five reds means the match was out of control," said Leonardo. "Not to criticize the referee but perhaps it's not the time to officiate a 'clasico.'"

Tuchel tried to downplay the defeat.

"I'm not angry. I think you have to separate the performance and the result. We played a great match, I'm happy with the quality, mentality and the effort," he said.

"I told the players if we continue to play like that we'll win every match. It was a great performance but the result is what it is." 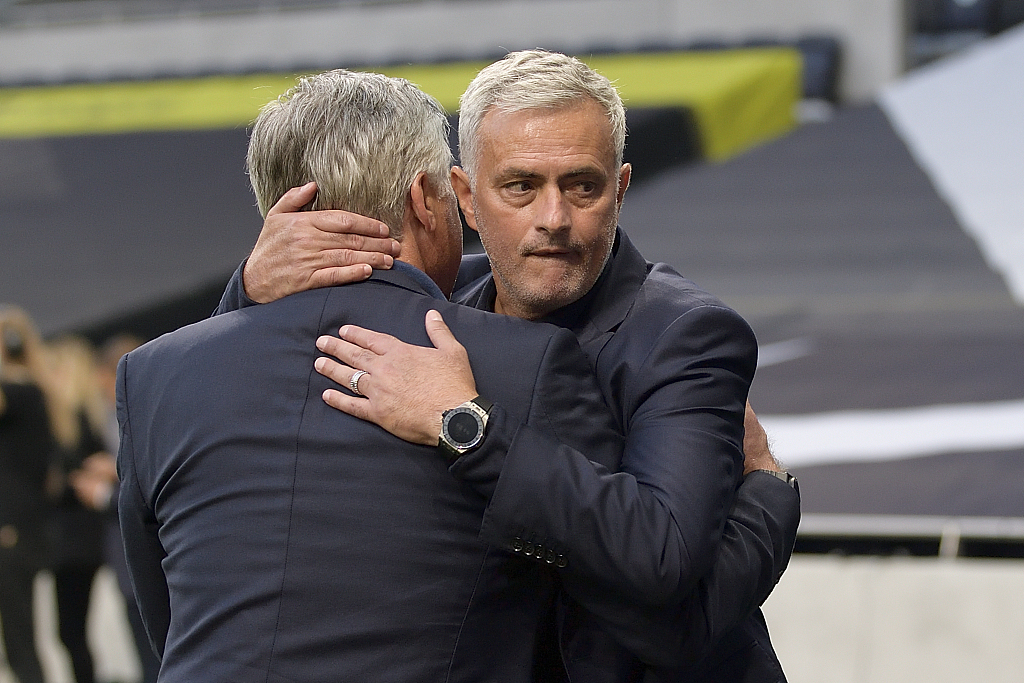 Elsewhere, Carlo Ancelotti said his belief that Everton will compete with the Premier League's top six this season was justified after Dominic Calvert-Lewin's towering header earned their first win over Tottenham since 2012 with a 1-0 victory on Sunday.

Ancelotti has been heavily backed with the signings of James Rodriguez, Abdoulaye Doucoure and Allan, and the Toffees looked a much-improved side on the one that finished 12th last season as they were thoroughly deserving winners at the Tottenham Hotspur Stadium.

"We showed we can compete, which is the most important message, that we can compete if the spirit is good, if the attitude is good," said Ancelotti.

"I said before the game our target was to fight for the European places. The first game was good, we have to see the second game and the third game, so we have to wait a little bit but I have a lot of confidence. I had (confidence) before this game and I have more confidence now, but we have to be focused."

Spurs are also hoping for an upturn in Jose Mourinho's first full season as boss, but the hosts looked short on ideas as they slipped to a damaging home defeat for their aspirations of mounting a challenge to get back into the top four this season.

"I didn't like my team," said Mourinho, who complained of the free-kick leading to Everton's goal and his players' lack of preparation time in a shortened pre-season.

"After their goal we were poor. We were not physically strong, there was no intensity. The team lacks physical condition."

Mourinho added Spurs' pre-season had been hit by positive coronavirus tests, but did not reveal the players involved.

Everton looked the fitter and better prepared side with their new midfield trio helping to control possession, but it was on the counter-attack they wasted by far the best chance of the game.

Richarlison intercepted Ben Davies's wayward pass and accelerated past Toby Alderweireld and Hugo Lloris before skewing high and wide with an open goal to aim at and Calvert-Lewin begging for a cut-back. 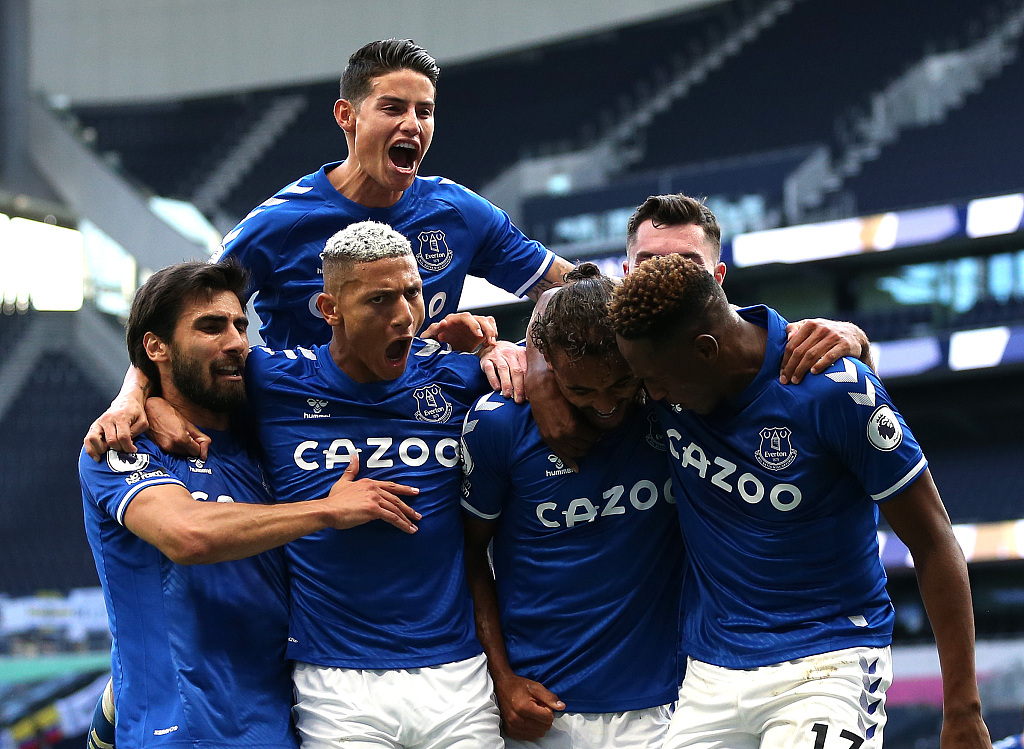 Spurs offered little as an attacking threat, but Jordan Pickford did have to make two good saves before half-time to deny Dele Alli and Matt Doherty on his debut.

Everton surrendered meekly to a 1-0 defeat when they visited the Tottenham Hotspur Stadium in July without mustering a meaningful shot on goal.

But the difference a few months and fresh faces can make was on show in the second half as they controlled the game to earn a first win over Spurs in 16 games.

The only goal of the game arrived 10 minutes after the break as Calvert-Lewin rose highest to power Lucas Digne's free-kick into the top corner.

Mourinho said on Friday he hopes to add another striker before the end of the transfer window to add some support to Harry Kane, but any new arrival will need better service to work with as the England captain did not have an opportunity to get his side back on level terms.

Everton and Richarlison continued to enjoy all the chances as twice the Brazilian cut inside on his favored right foot and curled efforts just beyond Lloris's far post.

However, one goal was enough for a statement win for the visitors and the worst possible start for Tottenham ahead of a grueling schedule as they face up to eight games in the Europa League, League Cup and Premier League in the next three weeks.

"On Thursday we have a knockout game (in the Europa League) so there is not much time to cry or complain," added Mourinho.