Trump not a peacemaker in the Balkans, Middle East or anywhere else
Bradley Blankenship 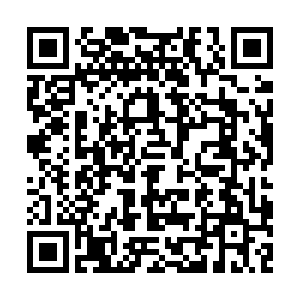 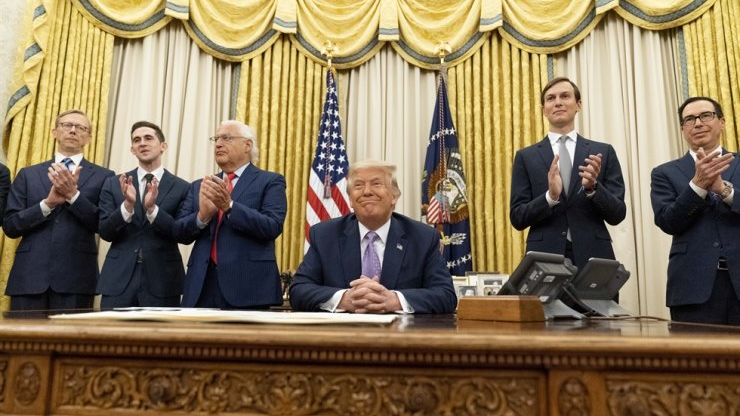 U.S. President Donald Trump (C) sits in front of documents in the Oval Office at the White House in Washington, DC, August 12, 2020. /AP

U.S. President Donald Trump (C) sits in front of documents in the Oval Office at the White House in Washington, DC, August 12, 2020. /AP

After nearly four years under the administration of U.S. President Donald Trump, the United States has embarked on an unhinged diplomatic path that has sent shockwaves through the international community and destroyed a long-constructed world order that promised peace, prosperity and an end to Cold War-era bloc thinking.

Candidate Donald Trump going back well before his ascendance to the White House managed to paint himself as a dove compared to his hawkish adversary, former Secretary of State Hillary Clinton, but so far his actions have only made the world a far more dangerous place.

Several key examples exist such as the decision of the U.S. to withdraw from the historic Joint Comprehensive Plan of Action (JCPOA), also known as the "Iran nuclear deal," breakdowns in rare dialogue between Washington and the Democratic People's Republic of Korea (DPRK), similar withdrawals from the Intermediate-Range Nuclear Forces (INF) Treaty, New Strategic Arms Reduction Treaty (New START) and the demise of the so-called Open Skies Treaty.

All of these examples show the administration's extreme lack of regard for one of most of the delicate situations that face humanity – the threat of a nuclear war. Any one of these examples alone should immediately dispel the notion of Trump as a peace broker. Withdrawals from the Paris Climate Agreement, United Nations Human Rights Council (UNHRC) and World Health Organization (WHO) have also undermined international cooperation in the realm of climate action, human rights and public health.

But despite the fact that Trump has approached every single existential threat to the human race recklessly and irresponsibly, once again his reelection campaign is trying to boost his image as a peace broker. Several "historic" peace agreements have been brokered this year from the White House, no doubt influenced by the fact that it's an election year, with the Serbia-Kosovo agreement being one of the latest.

Several other "historic" agreements took place before this. On August 13, the Israel–United Arab Emirates (UAE) peace agreement was signed that saw the UAE formally establish normalized relations with Israel. Many predicted that other Gulf states would soon follow in the UAE's footsteps and on September 11 Trump announced a forthcoming Israel-Bahrain peace agreement that will probably be identical to the previous agreement.

The reason here has been quite transparent. Israel had announced its plans to annex significant portions of the West Bank, formally under Palestinian civil control, with not only the backing of, but a pivotal cooperation with the Trump administration.

The annexation painted as a historic "peace deal" was outright rejected by Palestinian leaders and failed to muster any significant political support in the international community. Needing a win, Trump instead brokered this "historic" deal with some Arab states in the Gulf to formalize relations that had already existed in order to secure the political win he desired to help his grim reelection chances. In terms of his administration's desired outcome, it was an undeniable loss and quite a desperate one at that. 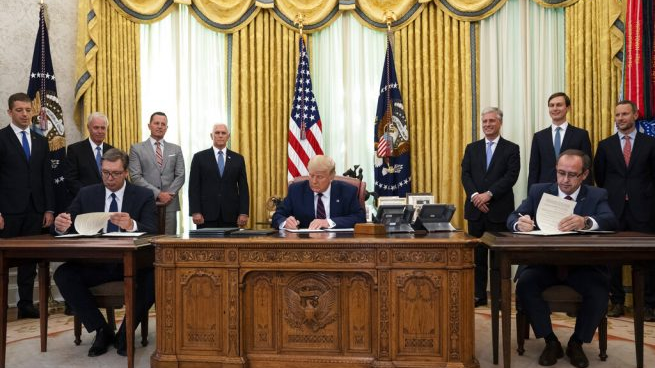 There are rumors unilaterally caused by a video showing Serbian President Aleksandar Vucic pictured in a "humiliating" posture in the Oval Office, but no one knows what really happened before and after the picture shown in the video, thus no one knows the real intentions of all sides when signing the bilateral deal, as explained later by the Serbian side, it was definitely not a trilateral deal.

Then there is no way to actually categorize this deal, which might create more political problems in the future, as a peace deal of any sort.

Bizarrely, Trump has racked up two nominations for the 2021 Nobel Peace Prize for his role in mediating "peace" in the Middle East and now the Balkans. He has leaned into this very false image for his reelection bid with his administration announcing the withdrawal of several thousand troops from both Iraq and Afghanistan set to take place during autumn.

Raheem Kassam articulated this naive political "strategy" recently, which Trump himself has alluded to on numerous occasions, in response to a Trump tweet that seemed to praise DPRK leader Kim Jong Un's good health.

"He does this often. Forces a switch up in the news cycle. This combined with the bringing the troops home message will lead those Bernie voters he keeps recently talking about this week into his pacifist arms. Meanwhile the media plays his game crying that he didn't start a war," the so-called "journalist" tweeted.

Trump is not a pacifist and there is no reason – certainly not one based on any relevant data, material fact or basic exercise in logic – to believe that Trump will be able to stake out this position to voters.

The last election was different; candidate Trump, who had never served in public office, could easily paint himself in this way when compared to Hillary Clinton, who had a life-long track record of supporting wars. In 2020, the facts speak for themselves.