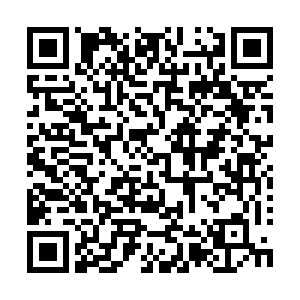 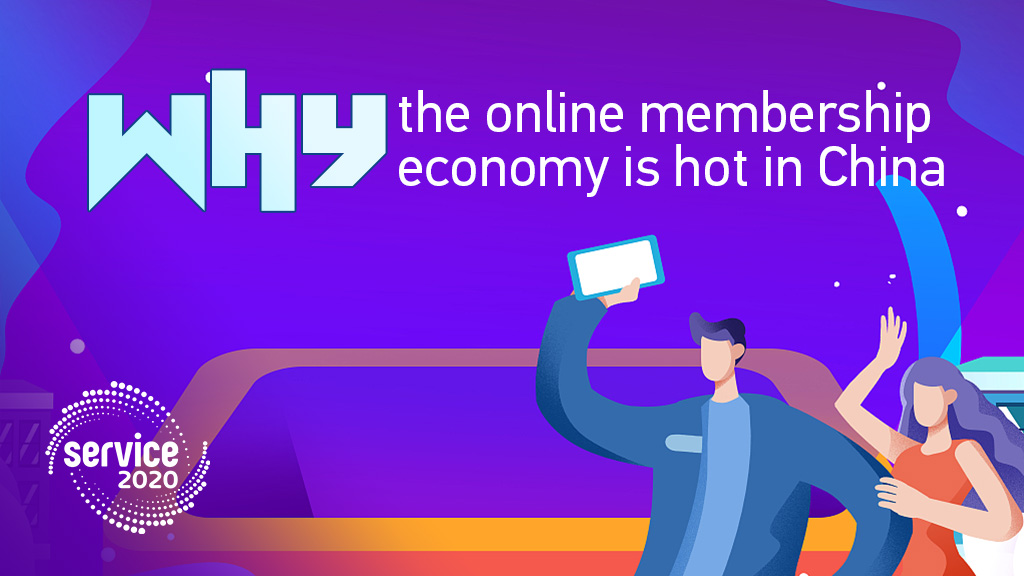 For years, China's internet was famous for the amount of pirated content available to users. But more recently, internet companies have started selling official services with paid memberships.

From music and video services to e-commerce platforms, almost every time you open a new website or app, a pop-up to sign up for membership appears. This was not the case years ago when relatively few Chinese would pay for online memberships. Now, there is barely an internet user in China who does not have online membership.

Chinese people did not buy membership for music or video platforms years ago because they could easily find the pirated versions elsewhere. However, as the government became more serious about curbing piracy and companies cooperate with copyright owners better, copyrighted content is no longer free, and pirated versions are harder to find.

25-year-old bank employee Guo Jing has two music platform memberships. She pays about 400 yuan (around 59 U.S. dollars) for them every year. But just a few years ago, she listened to pirated music.

"I'm willing to respect the copyright now," Guo told CGTN. "Several years ago, when I was a student, I didn't have a lot of money, and at the time, pirated music was everywhere."

Guo said she feels Chinese people's awareness of copyright protection is rising. She said people around her would like to pay for memberships, although pirated music may still be found. 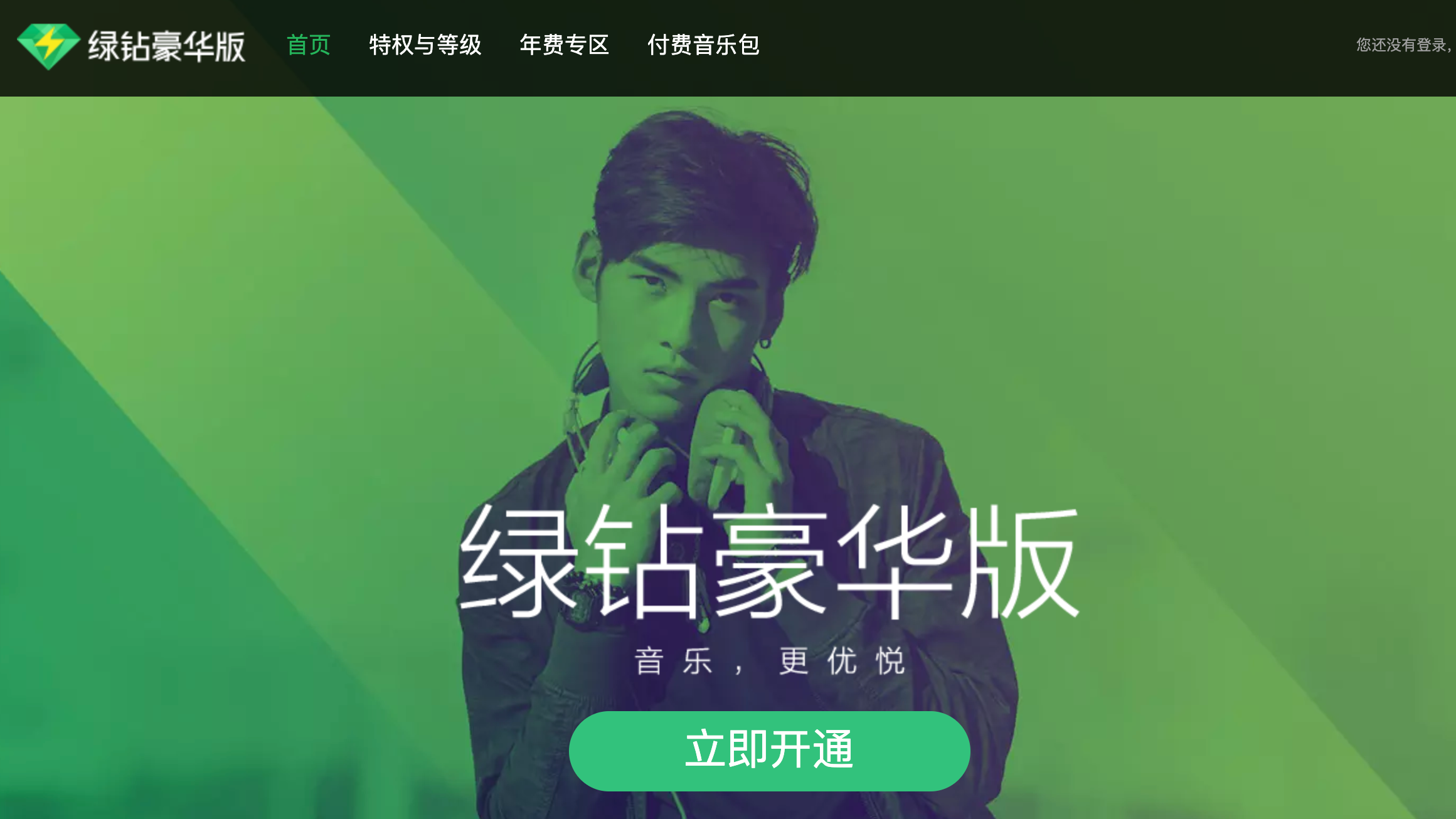 "Looking for pirated copies is very troublesome," Luo said. "And you have to sort out those files by yourself."

"I bought those Chinese video platform memberships last year," Luo told CGTN. "If not, I would have to endure those forced to watch advertisements."

On China's major platforms, a 90-minute movie usually has 60 to 90 seconds of advertisements, in line with CGTN's observations.

According to statistics from Chinese internet data analysis firm Analysys, the size of China's online video payment market in 2019 was 51.4 billion yuan, a year-on-year increase of 49 percent. In 2013, the market size was only 500 million yuan. 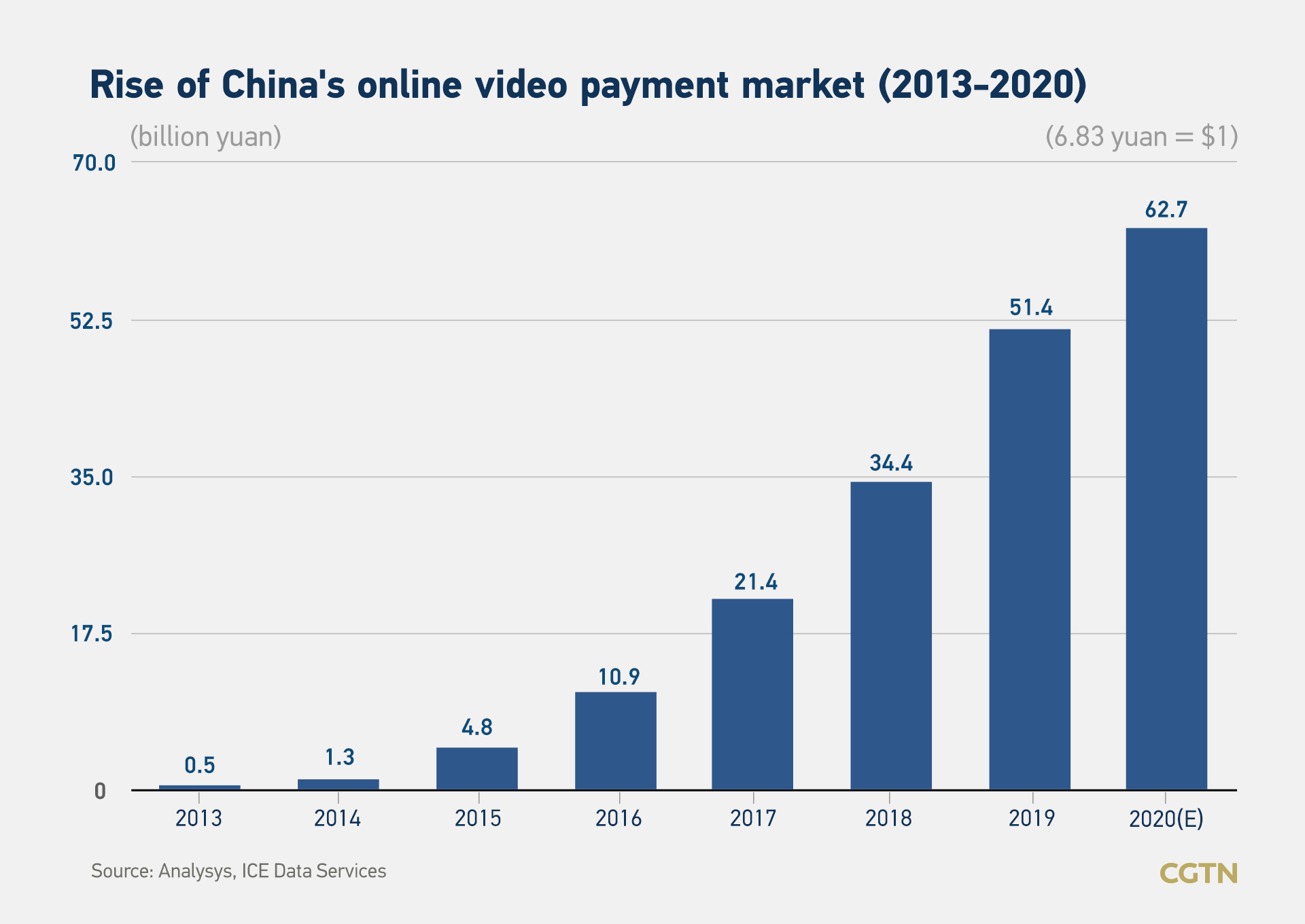 The country's leading online streaming video platform iQIYI is an example. Since 2019, the company's revenue from membership services has accounted for over half of the total revenue and has kept double-digit percentage growth, according to its earnings reports.

"If you compare the quality of Chinese platforms' movies to those on Netflix side by side, they are not even close," said Luo, adding that the big watermark at the corner of the screen also cuts down on his viewing experience.

"If they fix the problem, I would rather spend 60 yuan a month," said Luo. Currently, the average monthly membership fee on top Chinese video platforms is 20 yuan. 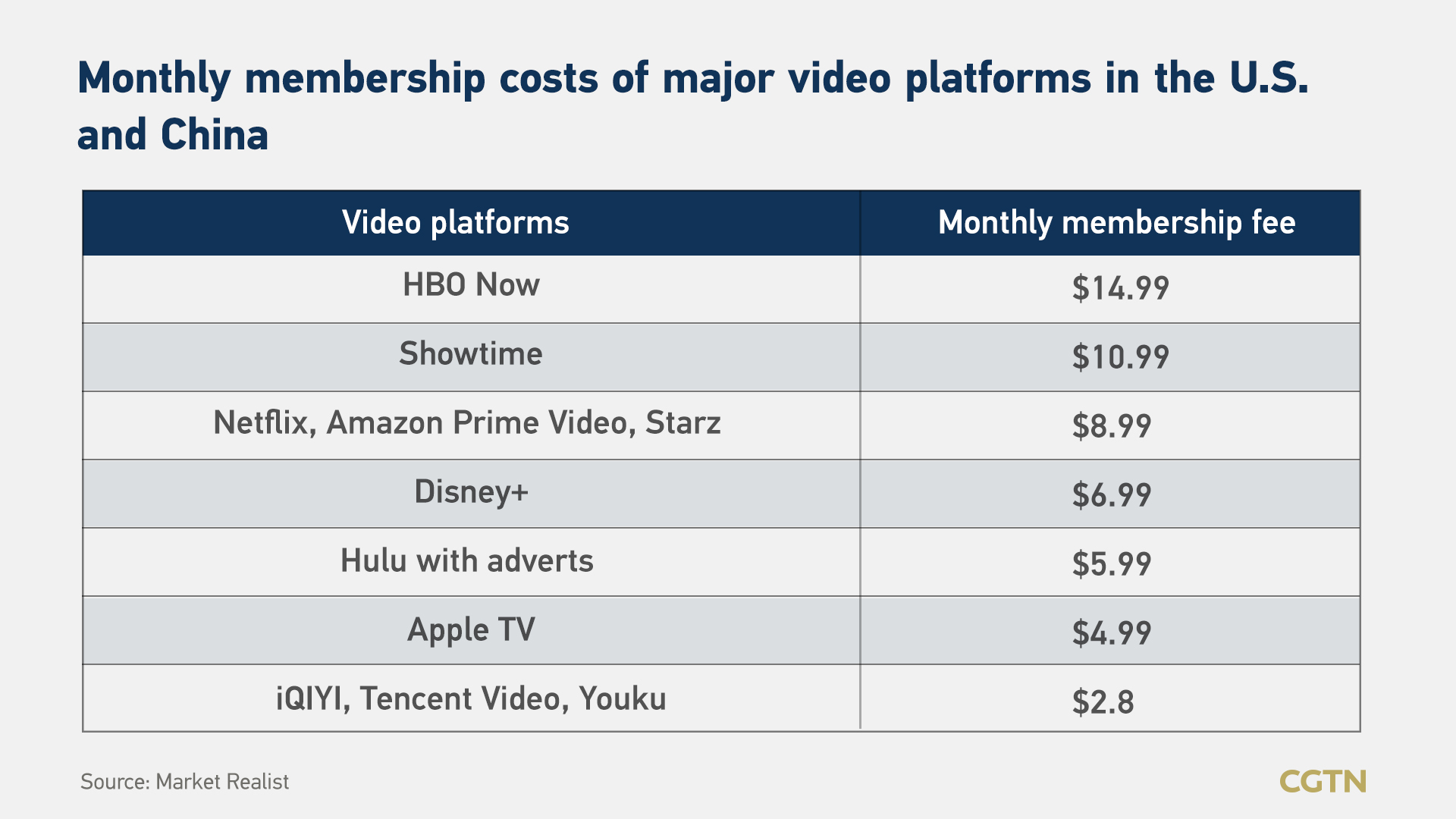 The logic behind membership in e-commerce is simple: making customers feel like they are saving money.

According to a report on China's membership economy from Tencent's Penguin Intelligence, top consumers increasingly want a sense of belonging from their favorite brands. Younger users particularly pay attention to memberships, and the trend has moved from first-tier cities all the way through third- and fourth-tier urban areas.

"We have seen that the spending power and outlook of younger generations, including those born in the 80s and 90s, is very different to the traditional middle class," said Alvin Liu, the CEO of cross-border e-commerce Kaola Global, which recently announced that it would transition into a membership-based model.

"They believe the world belongs to them. They like goods from everywhere in the world and hope to find joy from them," Liu said, suggesting that China's younger generations' buying power cannot be ignored. 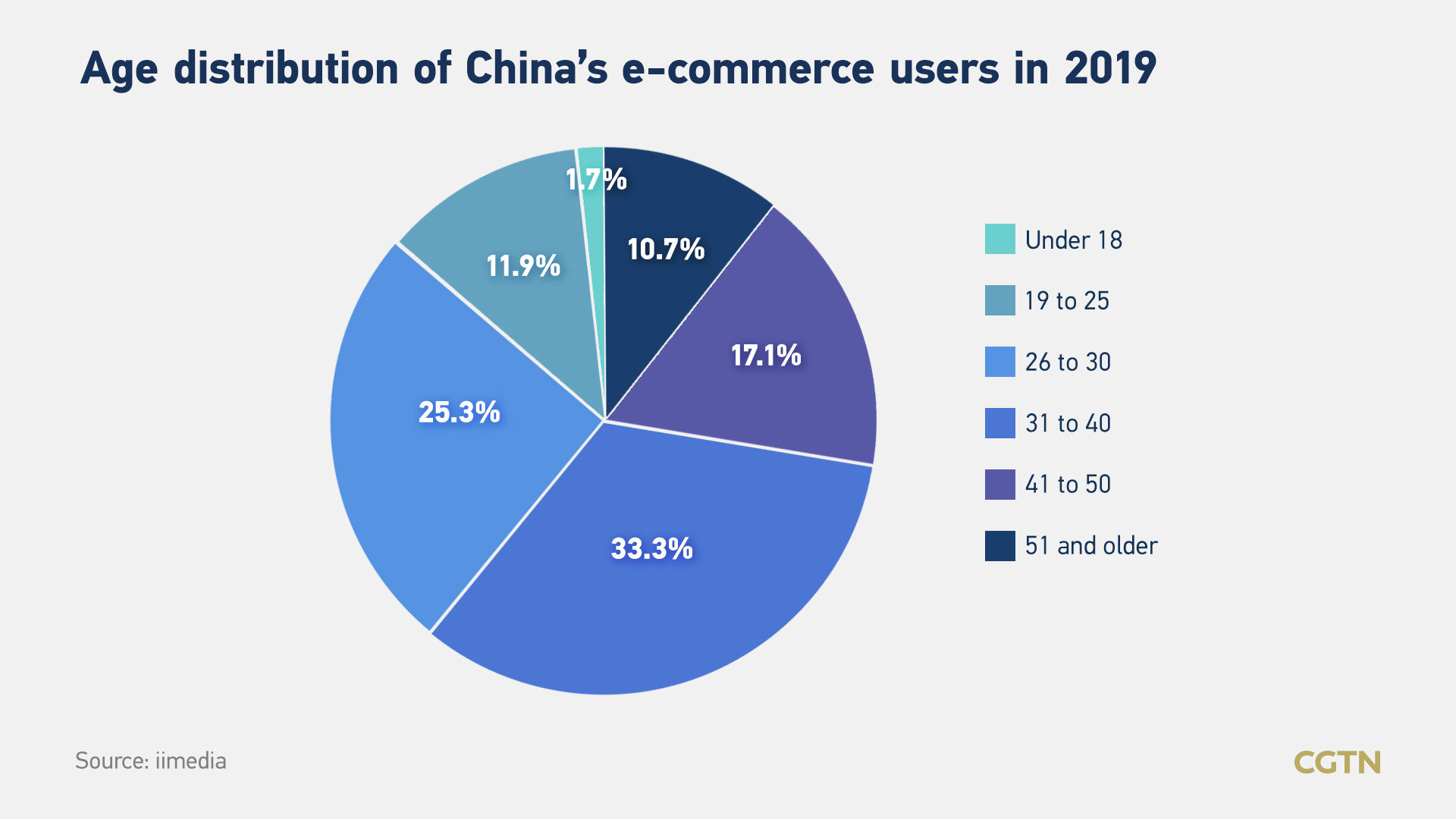 Based on Liu's calculation, users can save over 4,000 yuan a year on average with a bunch of benefits by purchasing a 279-yuan-membership. Kaola's competitors, JD.com and Taobao, attract potential users by bundling their membership with video streaming platforms or membership-based grocery stores.

Guo got one of her video platform memberships from buying Taobao's VIP package, and her QQ Music account also offers "membership package" selection.

It can be expected that joint memberships will be more common in the future. As China's e-commerce has been developing for years now, the new challenge for platforms is how to turn existing users into loyal members.

"I think all the e-commerce memberships are quite worthy," said Guo. "After all, online shopping accounts for 99 percent [of my shopping behavior]."