China and the EU must focus on common ground, pragmatism
Bradley Blankenship 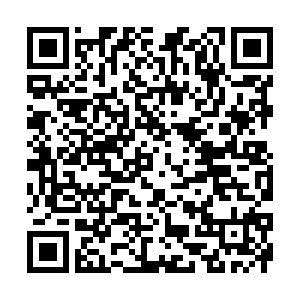 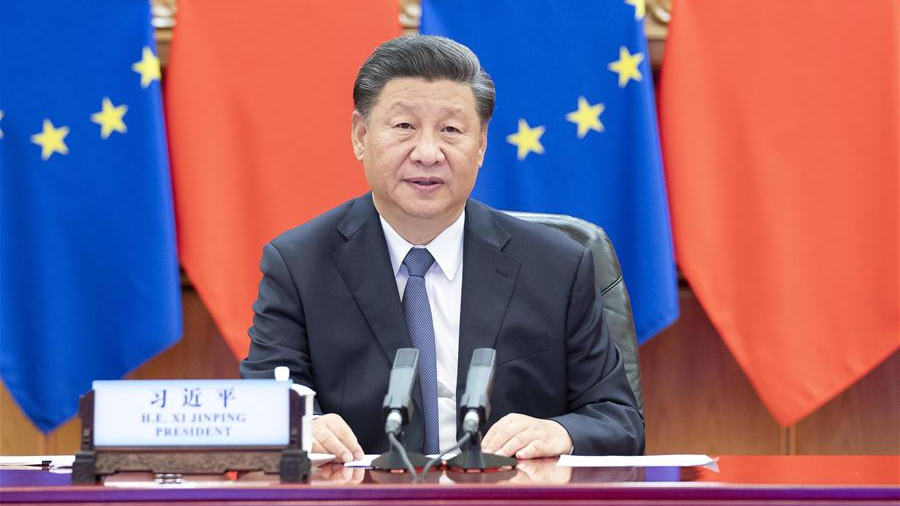 Chinese President Xi Jinping met via video link with top European leaders on September 14  to shore up relations that are under significant pressure from an increasingly belligerent United States.

Xi made the case that both China and the European Union (EU) should commit to peace and multilateralism, which would undoubtedly be in both sides' best interest and help them rise stronger in the wake of the novel coronavirus pandemic. The incentive is clear for both sides, who happen to have a shared vision more than Washington would like to admit.

Materially, there is much to gain for both sides in strengthening economic ties. The Chinese market has a high-growth potential for European products, as the European Commission (EC) has long noted. As China continues to grow its middle class, more and more Chinese consumers will be able to purchase European goods – something Beijing has committed to by opening up its market to foreign competitors, including those from Europe.

An example of this can was seen at the EU-China meeting when the two sides signed a landmark agreement protecting European and Chinese Geographical Indications (GIs) in their reciprocal markets. This would protect 100 goods from each side from imitation, functioning quite the same as an intellectual property agreement.

"[The deal] reflects the commitment of the EU and China to deliver on their commitment taken at previous EU-China Summits and to adhere to international rules as a basis for trade relations," the EC said in a press release.

The Europeans would like to see Beijing take more concrete action to increase EU market access in China. With pressure mounting on the EU, which is expecting a very shaky economic recovery, this is entirely understandable, and COVID-19 may well be the catalyst that China and the EU need to forge landmark economic relations.

In fact, this was made quite clear during Xi's remarks at the China International Fair for Trade in Services (CIFTIS), promising an opening up for global trade in services. President of the European Commission Ursula von der Leyen mentioned easing market access barriers during the post-meeting press conference. She believes they will be removed, "especially for future and emerging digital technologies."

For all of the entirely logical reasons to cooperate on trade, however, the political disagreements between the EU and China have been regrettably overblown by outside actors. Even ahead of the meeting in September, Western media outlets began to create distortions.

For example, the Financial Times reported on September 13 that China banned pork imports from Germany, citing analysts who say the move was politically motivated. The move, however, was meant to curtail the spread of African Swine Fever (ASF), which has an estimated fatality rate of 100 percent for pigs, after Germany reported cases of the virus.

The virus had already decimated China's pig population by the end of last year, and the Food and Agriculture Organization of the United Nations had described the outbreak in 2020 as a significant threat to "animal health and welfare, national and international economies, rural development, social and political behavior, national food security, and national and international markets."

These reports aside, the more well-known disagreements that are being amplified by Washington, namely developments in Hong Kong and Xinjiang, should not stand in the way of fruitful cooperation. It would be senseless for Brussels to scrap things over "human rights" concerns emanating from the world's supreme violator of human rights, the U.S., that seemingly knows no limits in its capacity to terrorize and aggravate fundamental concepts of human decency. 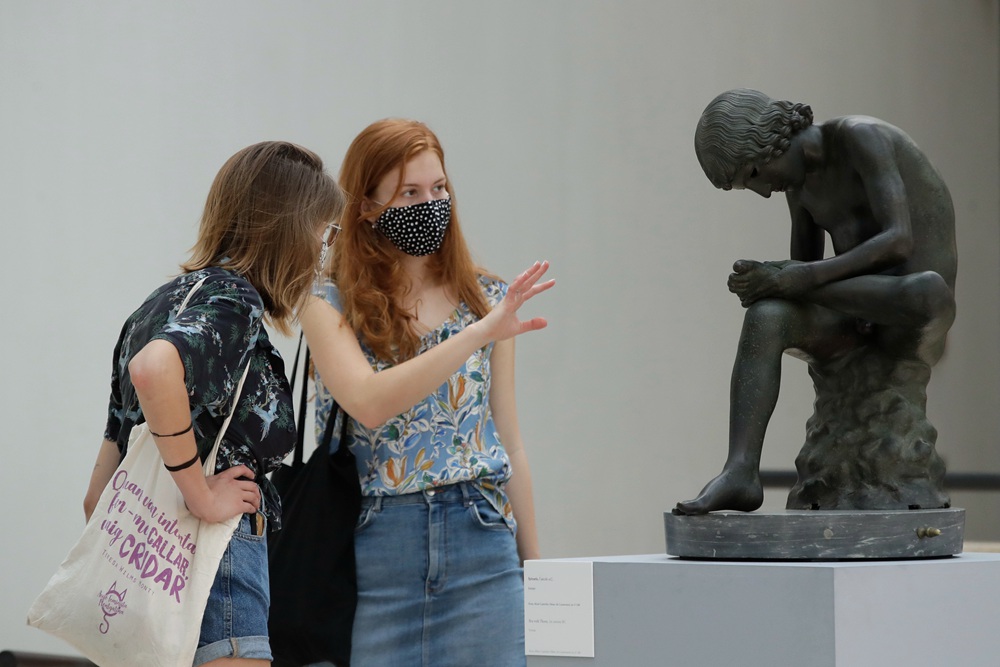 People wearing face masks to prevent the spread of COVID-19 visit the Capitoline Museums in Rome, May 19, 2020. /AP

People wearing face masks to prevent the spread of COVID-19 visit the Capitoline Museums in Rome, May 19, 2020. /AP

On the contrary, it could be argued that China and the EU share a vision on human rights that is more appropriate for the moment, given that both place a heavy emphasis on economic rights. Among the EU's core values are welfare states, universal access to health care and universal access to education, all of which China has also worked tirelessly to uphold.

Both the EU and China are making strides in fighting the collective threat of climate change, which is of extreme importance to global security and continues to affect the world's most disadvantaged. Together, the two sides can lead the world in developing concrete innovative solutions in addressing this issue.

Global cooperation is also paramount in mounting a defense against the novel coronavirus, and EU-China cooperation is critical. As the autumn comes for both sides and hopes for a vaccine grows, now is more important than ever to jointly address a "second wave" and effectively distribute a possible vaccine in the future to all countries – not just the rich ones.

There is no question that China and the EU have different cultures, values and political systems, but both sides understand that these are not insurmountable challenges when compared to the much more fundamental ones that face the world. For this reason, dialogue and cooperation, not rash politicization, should be welcomed whenever there's a chance in this time of serious uncertainty for the world.

For Europe to avoid being a "playing field" and instead be a "player," as President of the European Council Charles Michel so eloquently put it, European leaders must avoid falling into Washington's political trap. They must not allow themselves to be a ploy in U.S. President Donald Trump's reelection bid and instead work to promote their own interests that happen to coincide with China's.