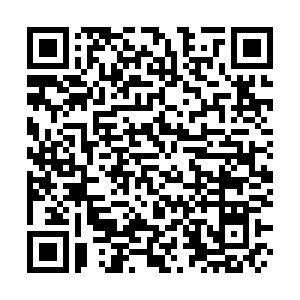 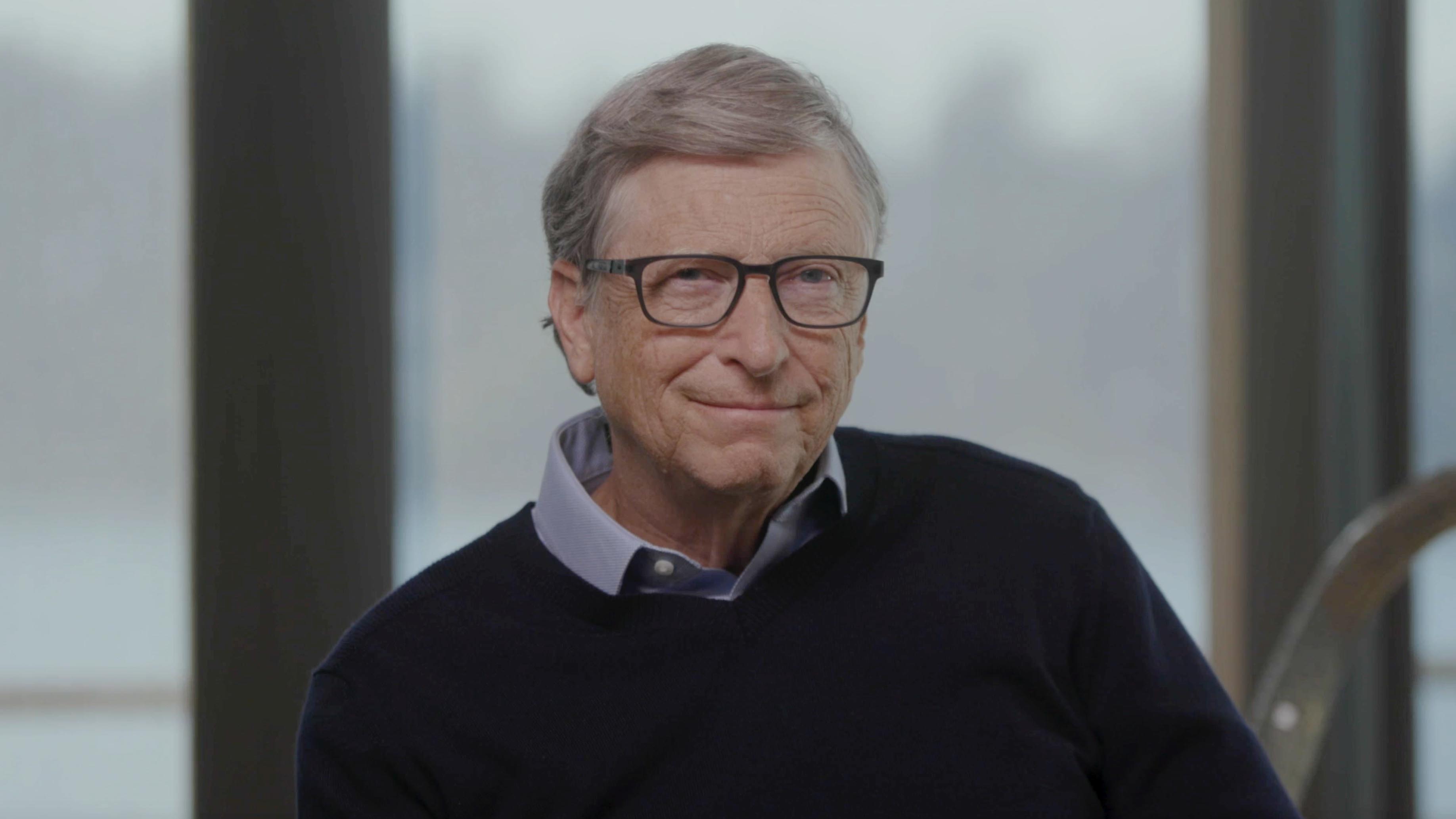 What would have happened if a vaccine had been available as early as mid-March? A report by the Bill and Melinda Gates Foundation, citing COVID-19 modeling from Northeastern University, pointed out that almost twice as many people could die from COVID-19 if vaccines are distributed unfairly around the world.

The modeling shows that if three billion doses of COVID-19 vaccines were distributed to all countries proportional to population in mid-March, 61 percent of COVID-19 deaths would be averted, while if approximately 50 high-income countries received the first two billion doses (out of three billion) of an 80 percent effective vaccine, only 33 percent of deaths would be averted.

The Bill & Melinda Gates Foundation on Tuesday launched its fourth annual Goalkeepers Report, which pointed out that no single country will be able to meet the challenges inflicted by the coronavirus alone. Any attempt by one country to protect itself while neglecting others will only prolong the hardships caused by the pandemic as the world today is unprecedentedly interdependent. The Gates couple cautioned that developing and manufacturing vaccines will not end the pandemic quickly unless they are delivered equitably. 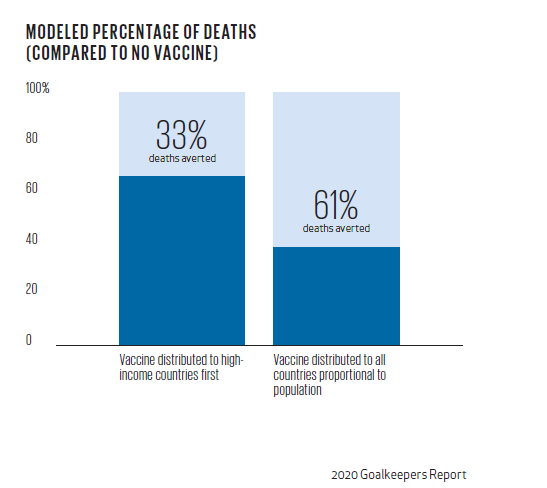 "Some governments that have made bets will win those bets, but if they use all the available vaccine to protect only their people, they will be extending the life of the pandemic everywhere. They will also be contributing to a much larger death toll," the foundation writes in the 2020 Goalkeepers Report.

The COVID-19 pandemic has killed more than 890,000 people around the world and has evolved into a "mutually exacerbating catastrophe" in which people are experiencing an economic crisis, a nutritional crisis, a housing crisis, an education crisis and even a political crisis. According to the International Monetary Fund, the COVID-19's financial loss is twice as great as the "Great Recession" of 2008, the worst since the end of World War II.

The world regressed in every single UN SDGs

Beate Trankmann, UNDP China's country director, said in July that the pandemic may push 100 million more people into extreme poverty and two-thirds of the global sustainable development goals (SDGs) adopted in 2015 to improve people's lives by 2030 are unlikely to be met.

The claim corroborates the data released by the Institute for Health Metrics and Evaluation (IHME), which estimates that due to COVID-19, extreme poverty has gone up by seven percent in just half of a year, and that the pandemic has pushed almost 37 million people below the extreme poverty line (earning 1.90 U.S. dollars a day) and 68 million people below the poverty line (earning 3.20 U.S. dollars per day). 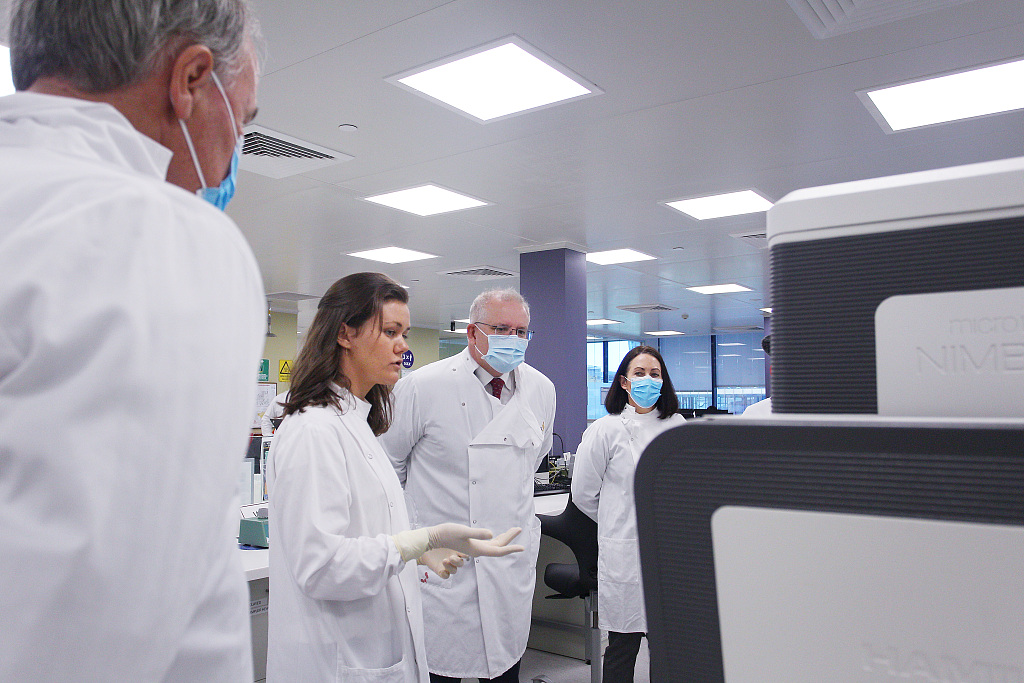 The economic damage is reinforcing inequalities and disproportionately impacting women and racial and ethnic minority communities. The Goalkeepers Report mentions a Kenyan woman named Sylvia. She was born with HIV, and worked as a peer counselor for other HIV-positive mothers in a local clinic. After the coronavirus broke out, she lost the job and couldn't get Septrin, an antibiotic she takes with her HIV treatment as the facility ran out of money and the medicine.

She had to buy Septrin at a local pharmacy, but the monthly doses add up to twice her monthly rent. Her sister, who made a living by selling mandazies (fried bread) at a school, couldn't help her out as the school closed due to COVID-19. At a difficult time, many local women save money by skipping meals, while it's risky for Sylvia as she shouldn't take her HIV medicine on an empty stomach. She and her four-year-old daughter have been relying on maize flour to feed themselves.

"We track 18 indicators included in the United Nations' Sustainable Development Goals (SDGs). In recent years, the world has improved on every single one. This year, on the vast majority, we've regressed," Bill and Melinda Gates write in the report. 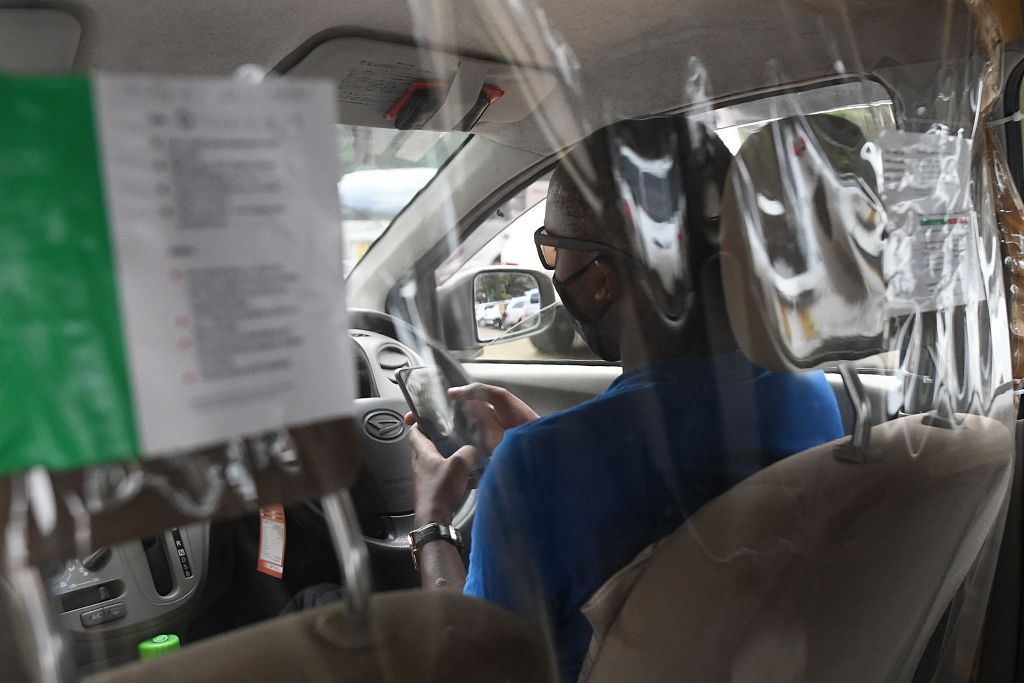 A taxi driver hangs a plastic tarp to avoid being contacted by a possible COVID-19 passenger in Nairobi, Kenya, June16, 2020. /VCG

A taxi driver hangs a plastic tarp to avoid being contacted by a possible COVID-19 passenger in Nairobi, Kenya, June16, 2020. /VCG

They call for a collaborative response from governments, businesses and development banks around the world to address the damage and end the pandemic. To achieve this, Bill and Melinda Gates advise global cooperation on the following three tasks "as quickly as possible."

Firstly, the world should "develop diagnostics and treatments to manage the pandemic in the short term and vaccines to end it in the medium term." Secondly, the world should "manufacture as many tests and doses as we can, as fast as we can," And thirdly, "deliver these tools equitably to those who need them most, no matter where they live or how much money they have."

At the end of April, the World Health organization, together with the World Bank, the Gates foundation and other international organizations launched the Access to COVID-19 Tools Accelerator (ACT-A), aiming to advance the development, production and equitable distribution of COVID-19 tests, treatments and vaccines across the world.

The two major health organizations in the project are the Coalition for Epidemic Preparedness Innovations (CEPI), which has nine COVID-19 vaccine candidates in its portfolio, and Gavi, the Vaccine Alliance, which has helped low- and middle-income countries deliver 750 million vaccines since it was founded in 2000. Currently, the ACT-A project has the largest and most diverse COVID-19 vaccine portfolio in the world.