Can Huawei survive the U.S. chip ban?
By Zheng Junfeng and Zhu Feng 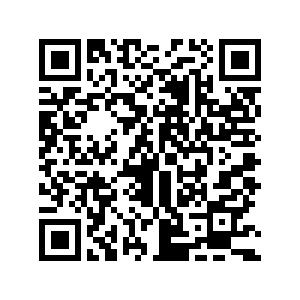 Non-American suppliers around the world can no longer ship goods to Huawei if their products contain American technology. The American chip ban threatens to cut off supplies of key components to Huawei's smartphones – from semiconductors to displays, to camera lenses, and the vital printed circuit boards.

How can Huawei survive the crisis? Using stockpiles and reshaping the supply chain would be the answer.

"It's a very significant threat!" Edgar Perez, an independent consultant, told CGTN. However, he added that in the short term, Huawei could rely on its stockpiles.

"Fortunately, the company has prepared for it well. In the past few days, we hear that a plane full of chips came from Taiwan, bringing in supplies, specifically before today's unfortunate ban. It now looks like the company is well prepared for at least six months," said Perez, a keynote speaker and founder of MrEdgarPerez.com.

Huawei has been stockpiling all kinds of chips since the end of 2018. In the past three months, the company's last-minute chip orders pushed Taiwan's overall electronic component export growth to the mainland by 30 percent year-on-year.

Gai Keke, associate professor at the School of Computer Science & Technology of Beijing Institute of Technology, said the U.S. ban would bring short-term pain but will force China to develop its own semiconductor industry.

"I think Huawei's phone will have serious problems due to the shortage of chips in the short term," Gai said, "but in the long run, I am confident in Huawei's development." Gai's confidence came from his observation that Huawei has already adjusted its business strategy, expanding to more consumer electronics such as laptops.

China imported 445 billion chips in 2019, worth more than 300 billion U.S. dollars. Chip imports overtook crude oil as the most imported goods in 2013 and continued to grow in the following years. The China Semiconductor Industry Association expects the imports of chips to stand above 300 billion U.S. dollars in 2020 for the third consecutive year.

Huawei's pain in a chip shortage shows China's dependence on imported semiconductors. But the "Chinese government already realized the importance of fundamental technology research (on semiconductors)," said Gai. "The ban only hampers business in the short term, but it does change a lot in the long run."

For the price, it was reported that Huawei's high-end models might see the price rising from some retailers because of the expected limited product supply. Perez said, "The price increase will only be temporary. People often, for sentimental reasons, get hold of some Huawei phones, pushing up retail prices. But that's not going to be sustained. Because when you buy a phone, you don't just care about the prices, you also want to make sure there's customer service, and key components can be replaced if needed. That's not going to be the case of Huawei six months from now."

Faced with the ban, Huawei may make progress to diversify its suppliers and become autonomous in its chip supply, but that is expected to take time.

"Medium-term, the company will need to, of course, explore an option to innovate in the supply chain... in chip design, manufacturing, packaging, and testing. The company will have to be involved in these areas to ensure there's no involvement of U.S. technology," Perez echoed Gai. "That will take time, yes. But in the meantime, it's important for the company to eventually come back stronger."

Before the chip ban, Huawei overtook Samsung to become the world's No. 1 smartphone seller with over 200 million units in 2019. Perez said that if the company cannot solve the chip supply issue, its smartphone sales could tumble to 50 million in 2021.