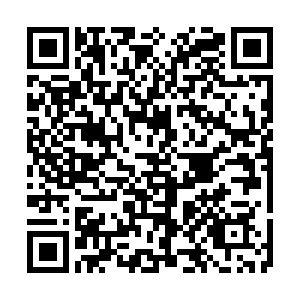 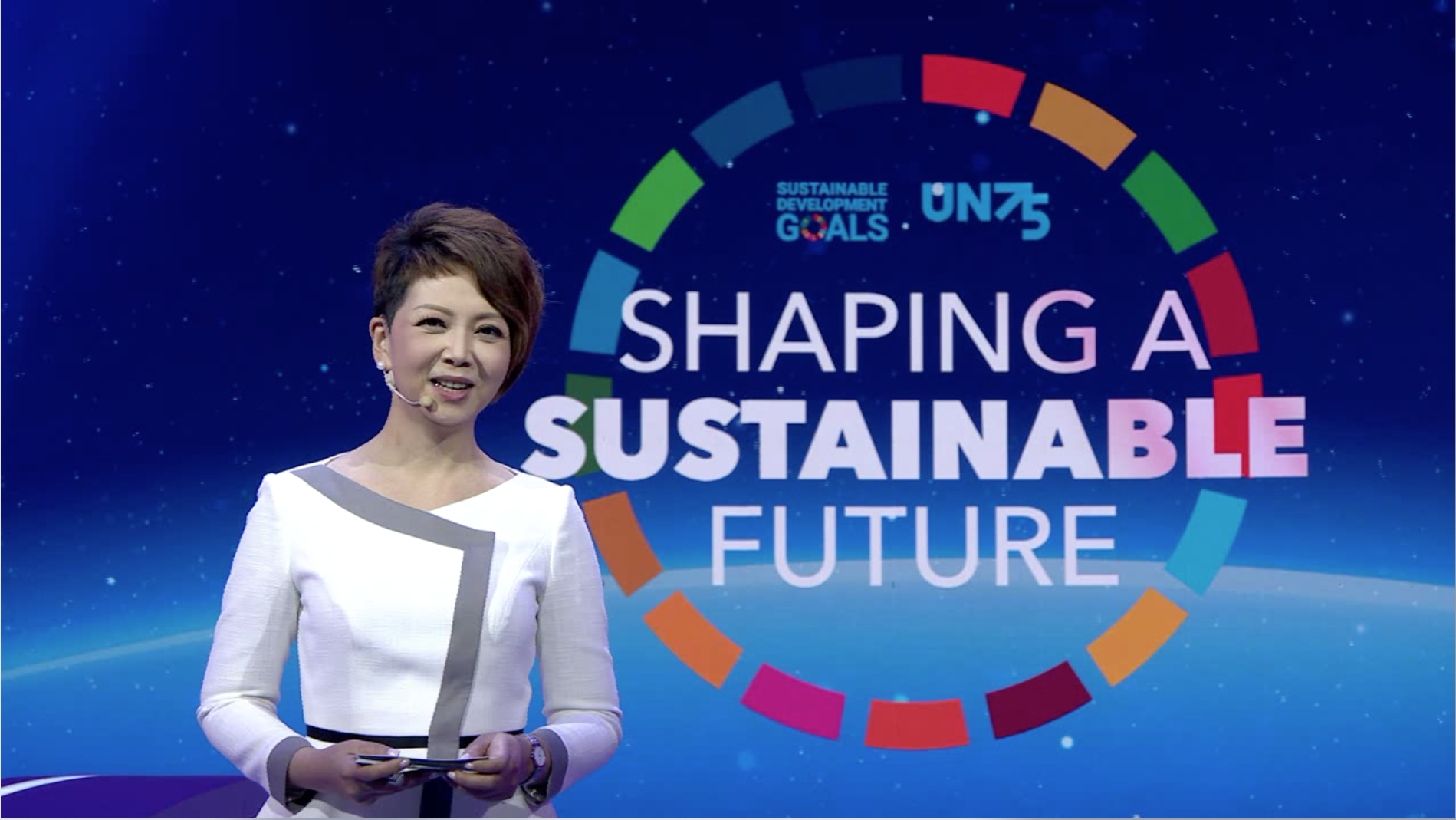 With less than 10 years left to meet these goals, the world is struggling with a slew of challenges: a pandemic with unprecedented scale sweeping across the globe triggering what could be the greatest world recession since World War II and rising unilateralist sentiments among major economies.

Where are we today? What efforts are needed to achieve the SDGs by 2030? How can we assess China's role? The China Media Group hosted a forum on the "UN 2030 Sustainable Development Goals & China's Experience on Poverty Reduction" to try to get some answers. The event is co-hosted by the CGTN Think Tank, the Carter Center, the Schiller Institute, ChinaEU, the Bridge Tank, the South African Institute of International Affairs, the Dialogue of Civilizations Research Institute and the Russian-Chinese Analytical Center.

Poverty eradication, which tops the 17 SDGs, was the subject of heated discussion at the two-day event. That was after Huang Kunming, a member of the Political Bureau of the Central Committee of the Communist Party of China (CPC), secretary of the secretariat and minister of the Publicity Department of the CPC Central Committee, shared China's anti-poverty achievements in his keynote speech at the opening ceremony.

Over the past 40 years, China has lifted more than 700 million people out of poverty. Upon the anticipated completion of anti-poverty tasks this year, the country will meet the UN's poverty alleviation goal 10 years ahead of schedule. The number of impoverished people in China fell to 5.51 million at the end of 2019 from 98.99 million at the end of 2012, a reduction of the poverty headcount ratio from 10.2 percent to 0.6 percent.

These achievements, as Huang emphasized, are closely connected with China's leadership and international collaborations. The UN has played a role in China's anti-poverty cause that should not be underestimated, but China is always ready to reciprocate with concrete actions. "It has always been an important tradition in Chinese culture to help the poor, and a virtue to return a favor. We cherish the valuable achievements of poverty alleviation led by the Party and will never forget sincere support and help we have received from international society on this endeavor," Huang said.

Shen Haixiong, president and editor-in-chief of the China Media Group (CMG), highlighted the media's role in sharing anti-poverty experiences. The CMG, for instance, has played a crucial role in recording China's fight against poverty by carrying out extensive interviews with people working on the frontline. To better share China's stories, it invited foreign experts to conduct field investigations in China's rural areas. 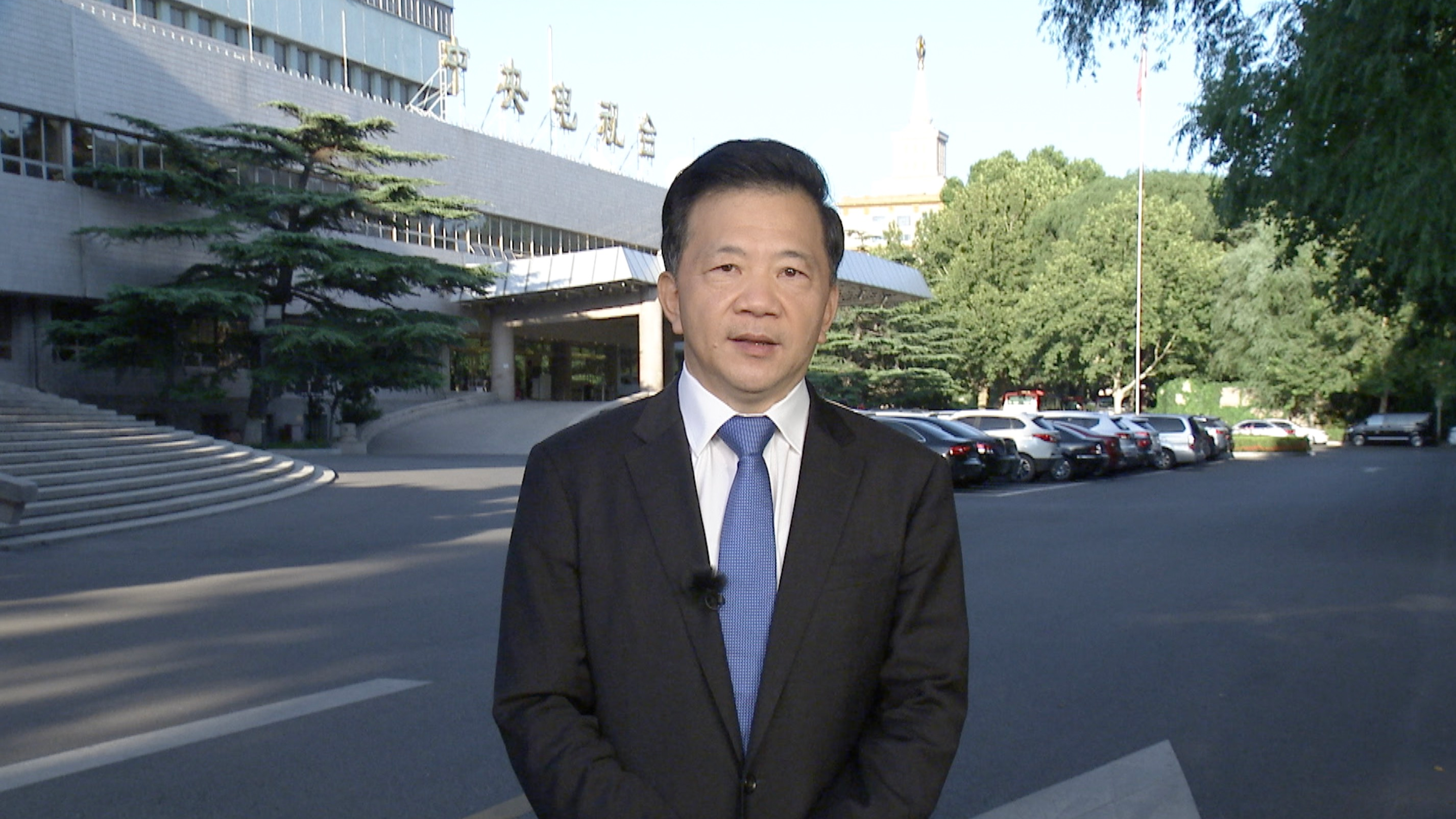 So far, the CMG's free assistance scheme has promoted more than 130 agricultural and sideline products, contributed more than 100,000 minutes of screen time and invested resources with a market value of 6.8 billion yuan (995 million U.S. dollars). More than 3.5 million households and 13 million people living under the poverty line have benefited from the scheme.

China's success in poverty alleviation is a consensus reached not only by participants from China, but also by international scholars. What's behind the success? UNDP Resident Representative in China Beate Trankmann believes the country's bottom-up targeted approach is the key. "I think it's three main ingredients: looking at the situation on the ground household by household, … devising implementation at county level … and then monitoring that overtime to make sure it [anti-poverty endeavor] remains on track," Trankmann said. 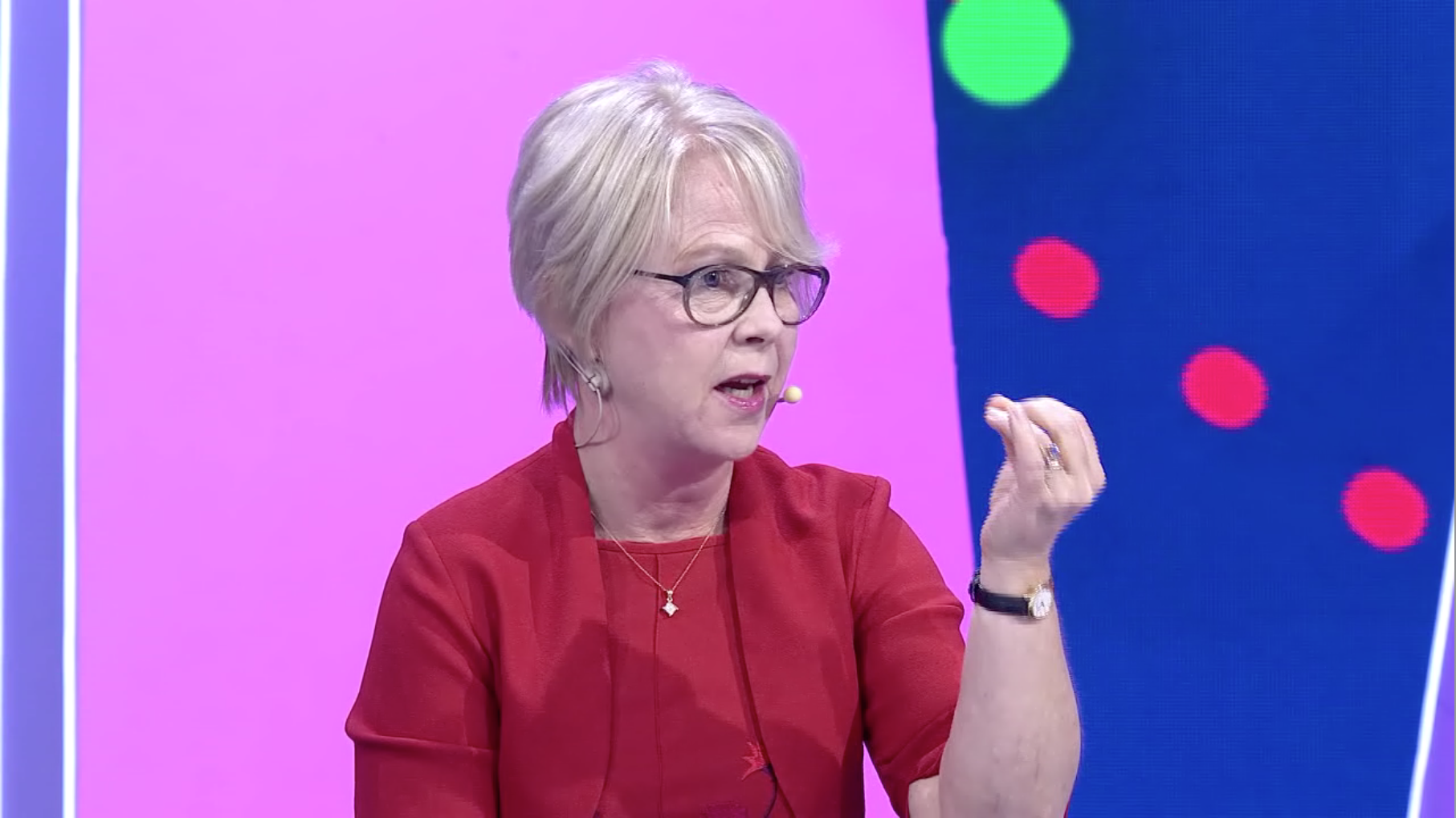 In addition to targeted anti-poverty programs, Michael Kremer, American developmental economist and Nobel economics laureate, believes the policy of experiments carries equal importance. "One element of why China has been successful is China has conducted a wide variety of policy experiments at local levels," Kremer told the audience at the forum, stressing that the experiments "have not been done as randomized trials" and "the world needs more of that."

In the fight against poverty, no one would deny the significance of education. "Confucius says education breeds confidence; confidence breeds hope; hope breeds peace," Clare Pearson, chair of the China Britain Belt and Road Chamber of Commerce, said at the forum. Citing China's Hangzhou as an example, Pearson said while infrastructure enriches a country it is education that changes generations. If there were only railways, Hangzhou would only be known for selling silk to other cities. But education is credited for giving Hangzhou its Nasdaq-listed Alibaba. 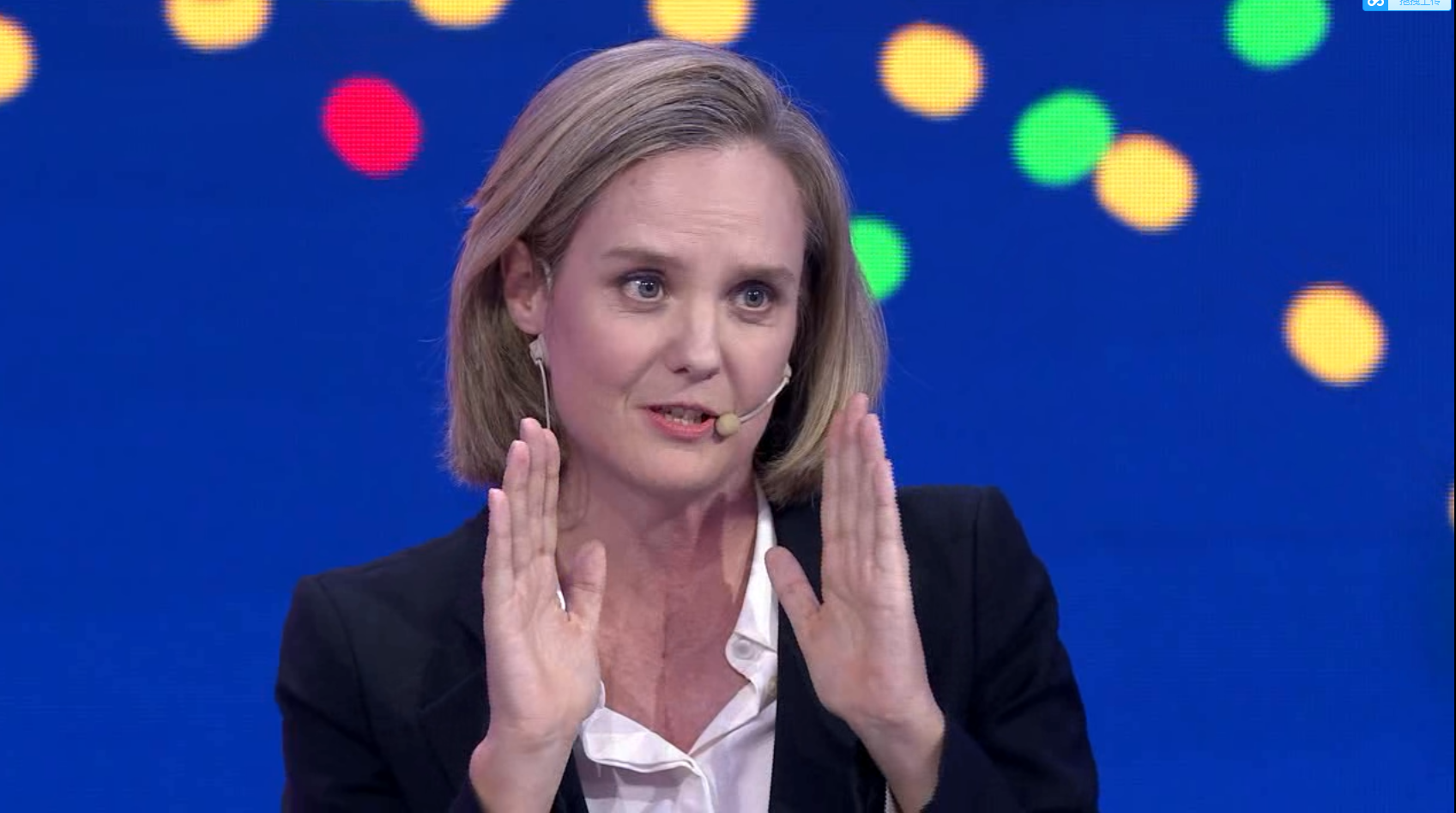 Until poverty is eradicated for good, can there truly be sustainable development? The good news is that efforts by China and the international community are bearing fruit. By 2010, the global extreme poverty rate had been cut in half, representing over 1 billion people. But still, as former UN Secretary-General Ban Ki-moon warned at the forum, "nearly 10 percent of the world's workers and their families still live on less than 1.9 U.S. dollar a day," and 821 million people are undernourished.

The COVID-19 pandemic has made the situation even worse. About 71 million people are estimated to have been pushed back into extreme poverty in 2020, UN Under-Secretary-General Liu Zhenmin told the forum.

Global challenges require global answers. But certain countries, instead of strengthening cooperation, have intensified their unilateral efforts. This, undoubtedly, is a heavy blow to the global anti-poverty fight.

"It [COVID-19 pandemic] is a bad situation right now, but it's compounded by the failures of leadership, especially the United States," Jeffrey Sachs, a professor at Columbia University and director of the UN Sustainable Development Solutions Network, criticized Washington's WHO withdrawal at the forum. As countries across the world are working together to overcome the pandemic, the United States is actively withdrawing from international bodies and frantically launching trade fights with foes and friends alike.

To achieve the SDGs, recycling savings to high-return investments, as Sachs believes, is essential. While praising China's Belt and Road Initiative, Sachs claimed that "rich countries don't do enough" and "rich sectors don't pay enough sectors." This will have to be addressed before the SDGs are met.

With less than 10 years before the 2030 deadline, multiple challenges lie ahead that require united efforts by the international community. China, which has become a role model in poverty reduction, is willing to share its experiences and is always ready to cooperate and synergize poverty reduction efforts. The greater the challenges, the more urgent is the need to cooperate. Countries across the world will have to understand this before meeting the 2030 SDGs.