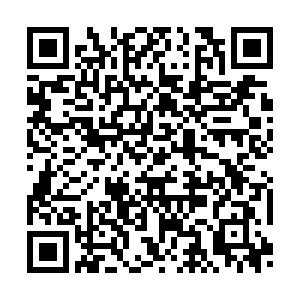 China's proposal for countries to participate in a new global data security initiative could provide an "absolutely essential" framework for businesses that are currently forced to operate in an unstable technological environment, according to a current affairs commentator.

Businesses are finding it difficult to design products and make investments as the current environment, especially for technology and data, has been subjected to "political whims," said Einar Tangen in an interview with CGTN, referring to U.S. President Donald Trump.

"This is absolutely essential to commercial businesses. There is no reliability. You are building structures into an environment that you have no control of and can be subject to political whims."

"That is going to hurt everybody and will restrict everybody, so (having a standard framework) is very necessary for commercial purposes," said Tangen.

Chinese Foreign Minister Wang Yi last week called on other countries to participate in China's global data security initiative, which aims to come up with a world's blueprint or set of rules for safeguarding data and promoting the digital economy.

The initiative calls for a "comprehensive, objective and evidence-based manner" and maintains an open, secure and stable supply chain for information and communications technology and services.

It opposes mass surveillance against other countries, suggests that countries should not request that domestic companies transfer data generated overseas back to their home countries, and also opposes encryption back doors and user data leaks by companies.

The proposed framework also calls on countries to handle their own data, and that law enforcement should always seek judicial assistance when they need overseas data to solve crimes.

China's initiative was revealed about a month after U.S. Secretary of State Mike Pompeo announced the Clean Network program, which seeks to exclude Chinese telecommunications firms, apps, cloud providers and undersea cables from internet infrastructure used by the U.S. and other countries.

Tangen said that China's approach, seen as a counter-proposal to the U.S's Clean Network, is correct as it emulates what Huawei has done with 5G, which was to set international standards for new technologies.

"It's kind of cyber warfare, but what's interesting is how China is approaching it. They are really learning from what Huawei did with 5G, which is setting standards."

Tangen said the initiative will be even more effective if the U.S. elections see a new president that is "more open to the idea that we need a somewhat connected world."