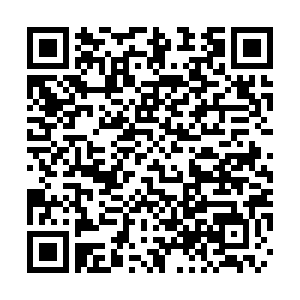 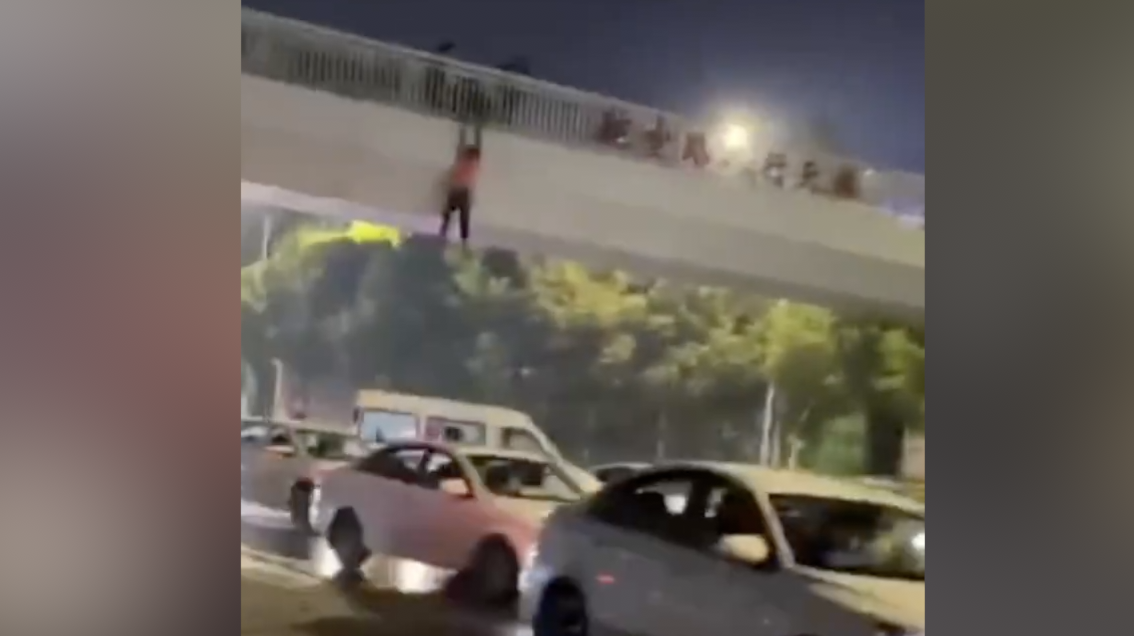 A reportedly drunk man would have never imagined that a minivan on a busy road could save his life.

Under the influence of alcohol, the man climbed over an over bridge's railing in central China's Wuhan on Sunday. A few minutes later, he slipped but managed to clutch on the overpass railing. When commuters saw his hanging from the bridge, they immediately called the police for help.

In order to save the man from falling from the bridge on to the busy road, commuters grasped his hands to help him climb back on the overpass but failed.

A while later, a minivan passed through the busy traffic and parked below the man. Eventually, the man fell and landed on the minivan.  After checking he was unhurt, the minivan went away in silence.

Driver of the minivan surnamed Gao, 40, is the city inspector in Wuhan who was on the way with passengers to Wuchang City next to Wuhan, according to Chutian Metropolis Daily. Gao was stopped and told by passersby that there was a drunk man hung on the bridge for help.

“Suddenly, I realize that my minivan may be high enough to allow the man to land on. So, I immediately decided to take action,” Gao said.

Being blocked by the traffic, the car was uneasily placed below the man. But Gao did it and caught up the man successfully.

A moment later, the drunk man left from the top of his minivan safe and sound. Gao felt relieved. He comforted the passengers for a while, then drove him to the final destination.

Later, a video recording of the whole rescue scene was posted online, went viral on China's social media with millions of thumb-ups. In order to honor Gao's bravery and kindness, the e-commerce company Alibaba Group awarded him 20,000 yuan (3000 U.S. dollars).

His action has won praise from netizens on social media.

“Thumbs up to the driver and passersby,” commented a netizen on China’s Twitter-like Weibo.

“It was a risky scene last night and not anyone else can make a right choice like the driver and passersby. They should be recognized as role models for others to learn from,” commented another netizen on Weibo.