Election 2020: Will a third-party vote count?
By Zhou Minxi 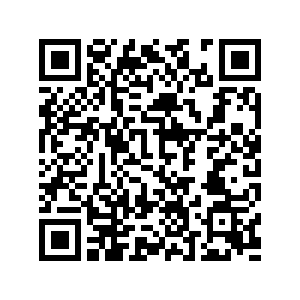 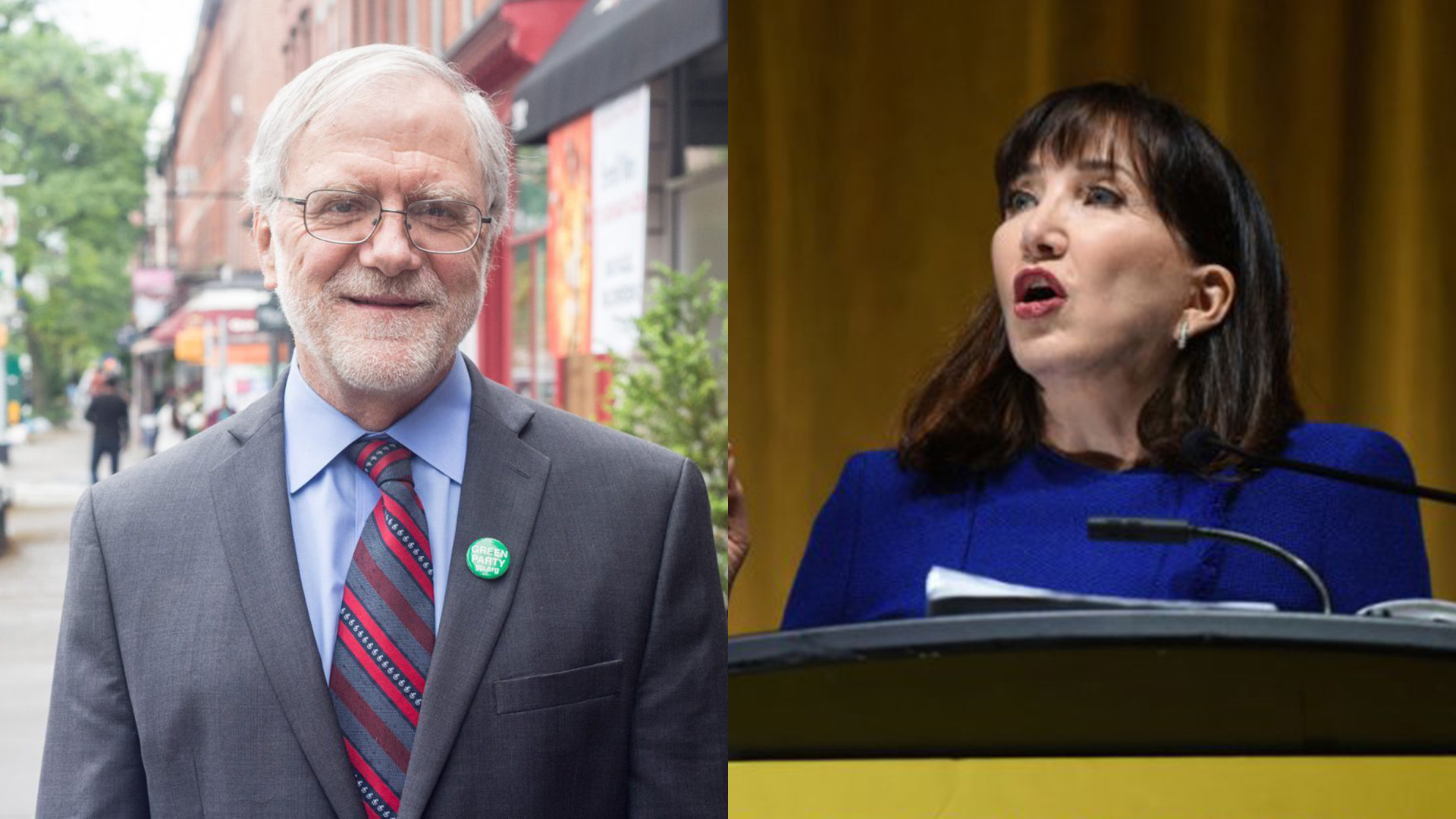 Yet again, Americans are being asked to pick the presidential candidate they are less against than the other. And it should be no surprise if a large number of voters heading to the poll this November end up doing so begrudgingly, knowing what they are likely to get for the next four years.

A small segment of the electorate may decide to go for a third candidate, who stands zero chance against the incumbent President Donald Trump and his Democratic challenger Joe Biden. However, this does not necessarily mean that those votes will be wasted.

Other names that will appear on a ballot alongside Trump and Biden this year will include Libertarian Party candidate Jo Jorgensen, the Green Party's Howie Hawkins and, in a few states, pop star Kanye West.

There are indeed more shades on the U.S. political spectrum other than blue and red. In 2016, more than six million Americans voted for Libertarian Gary Johnson or the Green's Jill Stein, or didn't vote at all rather than choose between Hillary Clinton and Donald Trump.

Although those votes could not get a third-party hopeful anywhere close to changing the status quo, they did in effect matter to how major party candidates fared in a tight race. Third-party voters were believed to have tipped the scales in Trump's favor in 2016, when Clinton lost some of the key battleground states, like Wisconsin and Arizona, by fewer votes than those accumulated by a minor candidate. 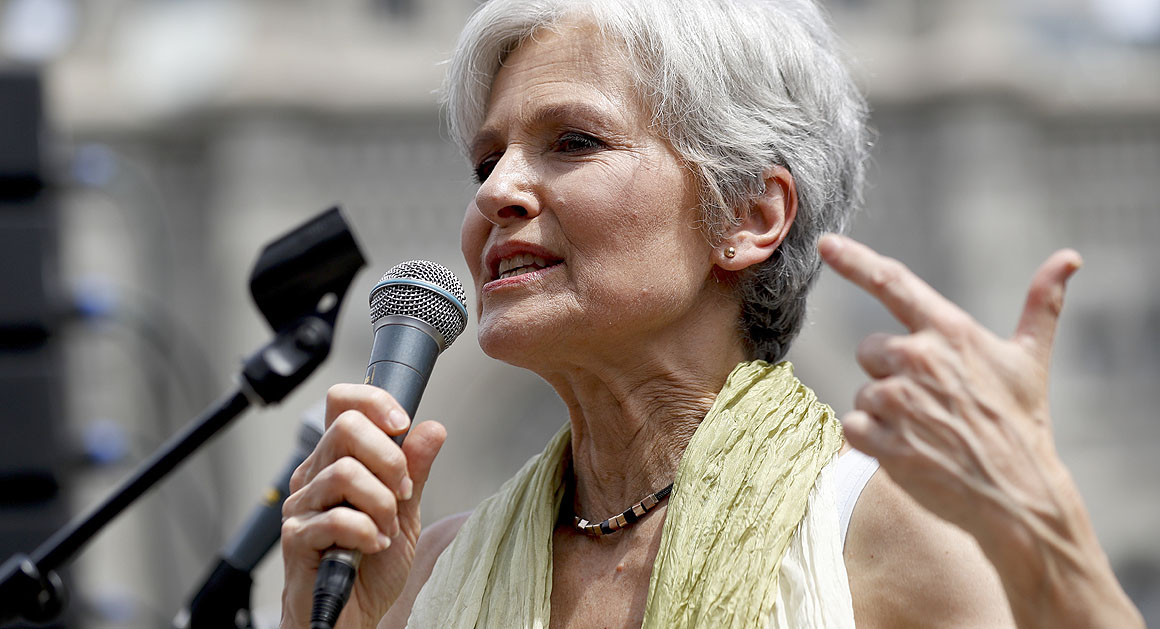 Given Trump's narrow win in the last election, that was a big deal. Because of this, analysts believe that support for small parties and independents will be low this time as people are more cautious about unintentionally electing someone they don't want as president.

Due to the winner-takes-all system in the U.S., third-party candidates are often viewed as saboteurs for the two major candidates, their own merits sidelined as an afterthought. Conventional wisdom has it that Libertarians, who are fiscally conservative, usually draw voters from Republicans, while Greens pull votes that would otherwise go to Democrats.

At the Democratic National Convention, former first lady Michelle Obama urged voters to make their ballots count by not voting for a third-party candidate. "This is not the time to withhold our votes in protest or play games with candidates who have no chance of winning," she said.

Third-party voters, particularly those who picked Stein in 2016, have been accused of "wreaking havoc" for Democrats, as many believed those votes could have instead helped Clinton beat Trump. But that assessment is not entirely accurate, as studies show that backers of Johnson and Stein in 2016 would have strongly favored Trump over Clinton if given no other choices.

This time, however, those same voters who were blamed for costing Clinton her victory appear to be breaking more toward Biden than Trump, according to combined national polls by NBC News and Wall Street Journal. Among those surveyed who said they voted for a third-party candidate in 2016, 47 percent say they're voting for Biden, 20 percent are for Trump and 33 percent are either unsure or backing another candidate.

It is the second straight presidential race in which both candidates are viewed negatively by a majority of voters, according to The New York Times. In other words, most Americans will not be electing a president they genuinely support, but trying to avoid one they oppose more.

"Hostility toward the opposing party has eclipsed positive effect for one's own party as a motive for political participation," researchers concluded in a 2018 paper published by Political Psychology.

This year, both Jorgensen's and Hawkins' campaigns have generated far less interest than their predecessors, who received 3.3 percent and 1.1 percent of the nationwide vote respectively in 2016. This is partly due to stated fear of "squandering" votes in a close race, as progressive voters stand united behind Biden, the only candidate with a chance to unseat Trump. Adding to this is a decided lack of media coverage for third parties.

For many people, settling for either Democrat or Republican could mean serious compromises on issues they care about the most. 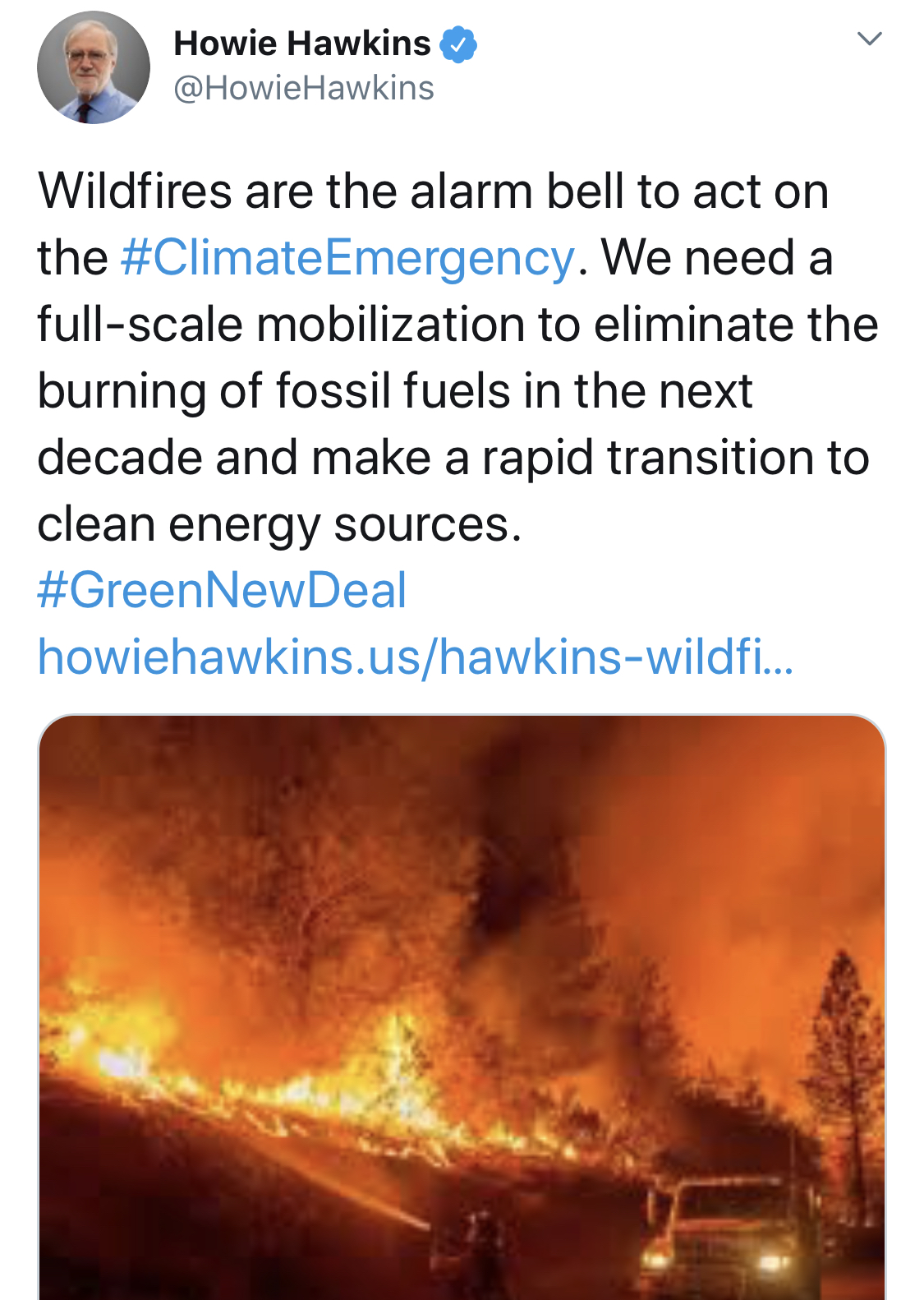 Green candidate Howie Hawkins tweets about climate change in regard to recent wildfires in the U.S. /Twitter

Green candidate Howie Hawkins tweets about climate change in regard to recent wildfires in the U.S. /Twitter

The Green Party, which is positioned further left on many progressive issues, presents an attractive option for supporters of former Democratic candidate Bernie Sanders. For this crowd, who have been let down by the Democrats once again, voting third party or not voting is not only about Trump or Biden, but also about sticking it to the political establishment.

Libertarians, with the most successful third party in the country, share a similar frustration with the two-party dominance. "Don't waste your vote on the status quo. Vote for real change for real people," said Jorgensen, who is a psychology professor. 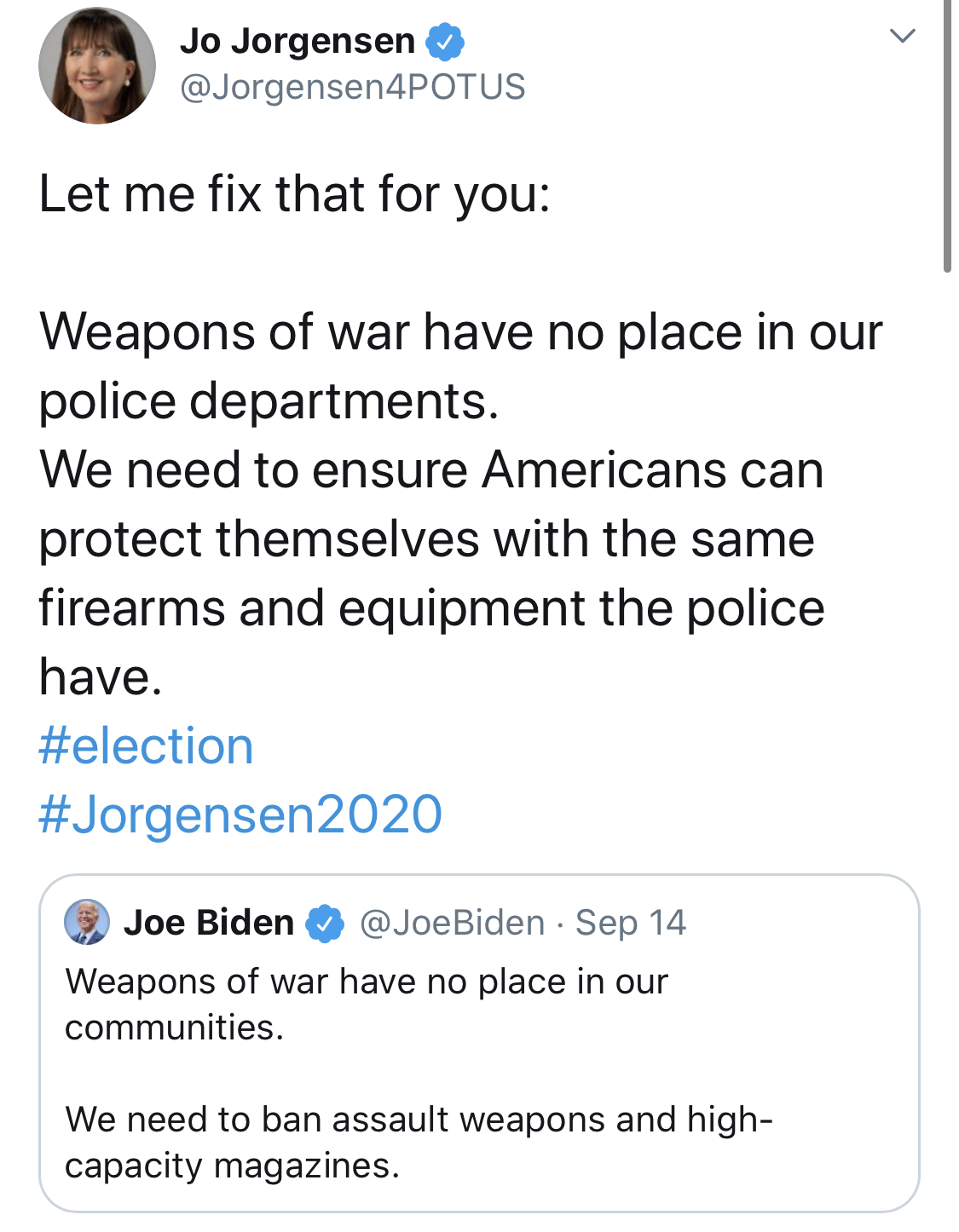 There are some notable overlaps between the Green and Libertarian platforms, such as foreign troop withdrawals and decriminalizing marijuana, which suggest a combined vote share from a broad spectrum of positions.

"Every minor party or independent candidate who has run in modern history has taken some votes from (both parties)," said Barry Burden, a political science professor at the University of Wisconsin-Madison.

As for independent Kanye West, whose run was initially slammed for trying to help Trump by "stealing" black votes from Biden, that worry is now out of the window since the rapper failed to make it onto the ballot in key states. 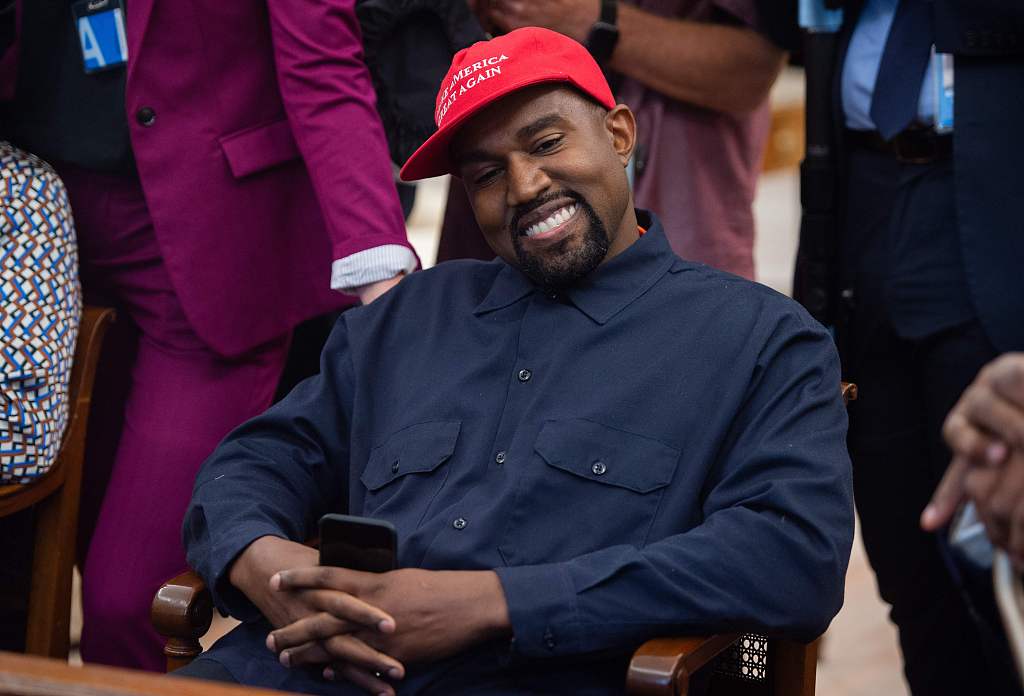 There are also reports that Democrats have been working to keep the Greens off the ballot. This week, Hawkins' campaign denounced the Wisconsin Supreme Court's decision to keep the environmentalist out of the race in the battleground state, a ruling regarded as a win for Democrats, who are keen to avoid a repeat of 2016.

In an earlier interview with Newsweek, Hawkins said Democrats shouldn't blame a tiny party for siphoning votes away from Biden. "(Trump is) going to have a quarter of a million COVID deaths and an economic depression by the time the election comes around," Hawkins said. "I mean if the Democrats can't beat that, it's not our fault."