In The Spotlight: From farmer's boy to Tokyo pinnacle: The rise of Yoshihide Suga
By Zeng Ziyi, Wang Xiaonan 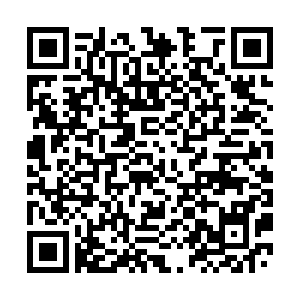 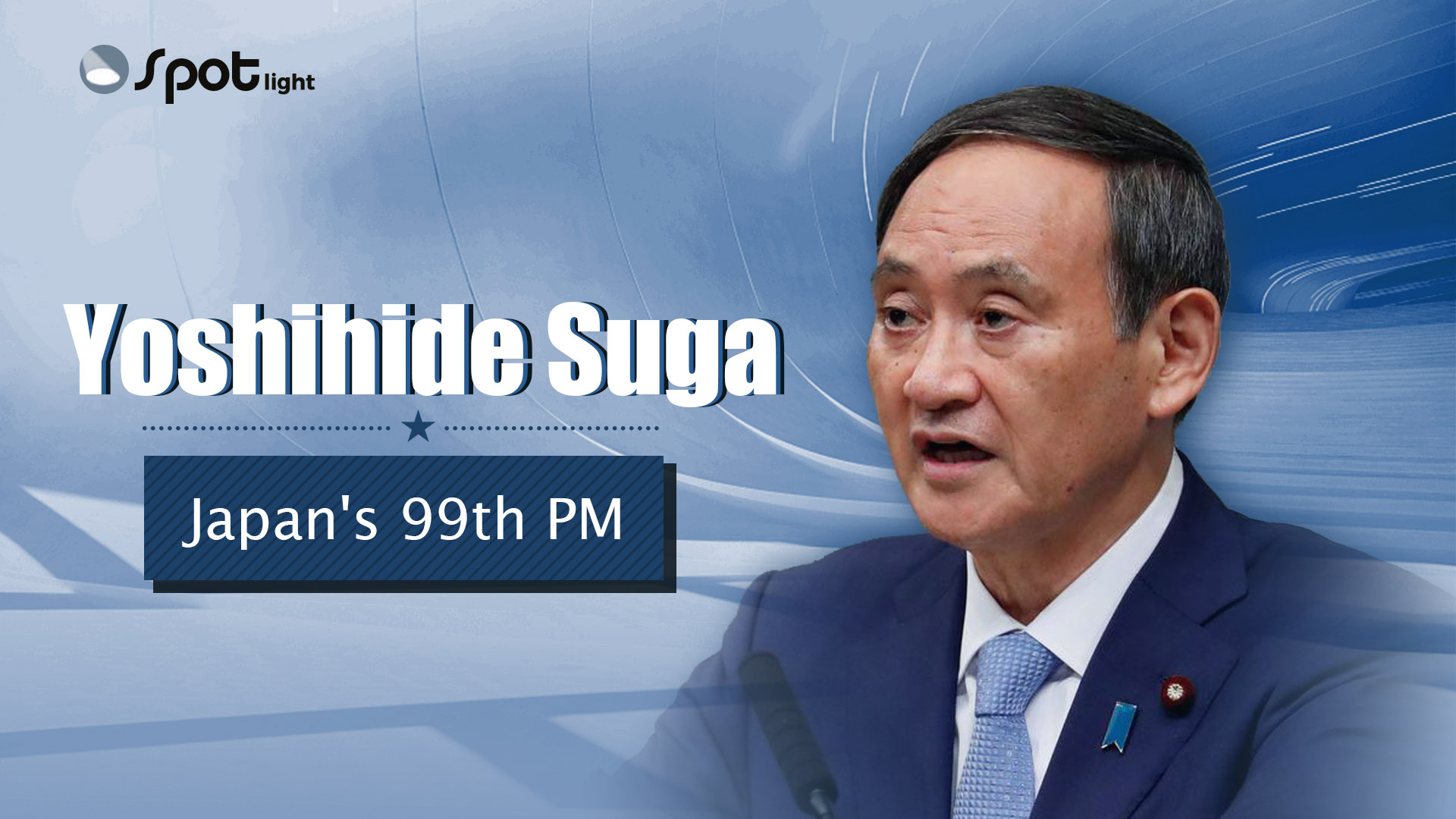 When the name Yoshihide Suga came up on top in the leadership race of Japan's ruling Liberal Democratic Party on Monday, many were stunned. This is because the result meant that the man who has long served as former Prime Minister Shinzo Abe's shadowy fixer is coming out to become Japan's next top leader.

Compared to other election hopefuls who have captured Japanese media's imagination for years by advocating change, such as Shigeru Ishiba, Suga is a rather tame choice. As a candidate, his running platform is primarily based on extending the political legacies of his predecessor, including "Abenomics" – the macroeconomic policy that has improved the Japanese economy moderately, but has been inadequate in coping with the increasingly volatile global geopolitical environment.

"In order to overcome the crisis and give the Japanese people a sense of relief, we need to succeed in what Prime Minister Abe has been implementing, that is my mission," Suga said after his election win while referring to the coronavirus pandemic.

Seventy-one-year-old Suga was also an unlikely choice because of his humble roots. Unlike the sons and grandsons of political royalties who have dominated Japanese politics, the upcoming prime minister was one of the handful in modern Japanese history who comes from ordinary families with no meaningful political connections. The last time a political outsider rose to Japan's highest office happened during the reign of Toshiki Kaifu some 30 years ago. 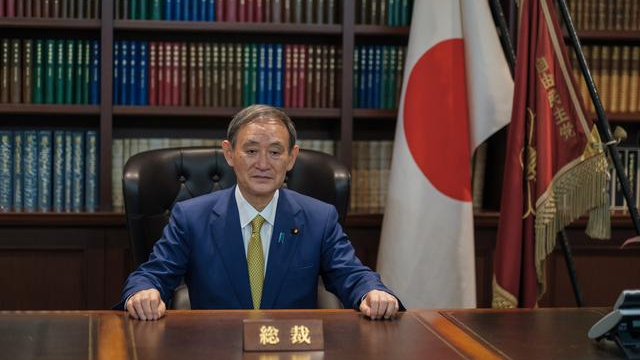 A boy from strawberry fields

What makes Suga different from other Japanese prime ministers is his humble background. Unlike Abe – a third-generation politician, Suga was born into an average family in a now aging and declining town of Ogachi, known as Yuzawa today, in Akita Prefecture.

His father Wasaburo, ditched a stable job in Japan and went to northeast China, working at the South Manchuria Railway Co. during WWII. When Japan surrendered, he returned home and ventured to strawberry farming. His toil and persistence yielded an established brand featuring premium strawberry products.

Suga's early life reveals a determined character with a thirst for adventure, like his father. He was a grade-A student all straight, spending a couple of hours walking through steep mountain lanes to and from school every day. "He was also very good at resolving school bullying," his childhood friend recalled, "He was like a peer mediator."

"He doesn't show anything on his face, he doesn't show his emotions, but in the shadows, he makes extreme efforts," Masashi Yuri, a classmate of Suga, told Reuters.

The eldest son in the family, he was expected to take over the family farm as per Japanese tradition. But he almost "fled" home upon high school graduation for Tokyo and began working at a cardboard factory to support himself. While working in the daytime, he studied at night for college admissions. Two years later, he was enrolled at Tokyo's Hosei University.

It was during the time when he worked at an electrical maintenance company after graduation that Suga developed interests in politics.

As a behind-the-scenes political operator, Suga has mainly kept a low profile besides appearing for the regular press briefings with journalists while serving under Abe. He became better known last year when he received the nickname on the internet as "Uncle Reiwa" for unveiling the new imperial era under Emperor Naruhito. 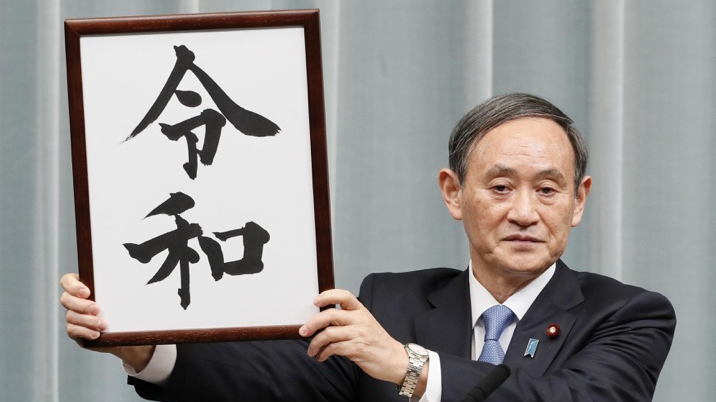 However, hiding beneath the harmless public image is a ruthless ambition for power channeled through decades of rigid discipline both mentally and physically. When his doctor advised him to lose weight, he began doing 200 sit-ups a day. In four months, he lost 14 kg.

While serving as the cabinet secretary, he was given broad power to handle many critical domestic issues on the prime minister's behalf, according to Da Zhigang, director of Institute of Northeast Asian Studies at Heilongjiang Provincial Academy of Social Sciences.

"Suga has a reputation for speaking through his actions rather than words," he said.

One of his more notable accomplishments includes getting telecommunication companies to drop expensive mobile phone fees. Besides, he was instrumental in opening the doors for unskilled foreign workers confined to low-paying jobs under the previous policy.

But his most significant victories stem from controlling public opinions. While working as the cabinet secretary under Abe, Suga has actively worked to massage the press by attending regular private dinners with media and television executives. He was so successful at endearing members of the press club that they made sure to give him a copy of all the questions before each briefing, according to The Daily Beast.

The Abe administration upended the media landscape, with journalists and scholars describing a mood of fear, according to The New York Times.

"Unlike Abe, who held strong conservative and right-wing values, Suga isn't quite as stubborn on historical issues (Japanese aggression toward other Asian countries during WWII) and hasn't visited the Yasukuni Shrine," said Liu Qingbin, associate professor at Yokohama National University.

"However, because he hasn't shown a personal take on many issues, Suga is likely to be influenced by external forces."

The Yasukuni Shrine is widely considered by many Asian countries to be a microcosm of historical revisionists regarding Japanese war crimes during the Second World War.

Despite affiliations to the Nippon Kaigi, an influential right-wing nationalist organization, experts don't expect Suga to pursue an overly aggressive foreign policy toward China that would cost him too much political capital.

In fact, Suga would pursue Abe to focus on economic issues rather than the long-standing ambition to revise Article 9 of the Constitution, which limits the setup of the Japanese military to self-defense purposes and prohibits it from involving in international disputes.

"At this point, it's still too early to tell which path he will pursue," Da said, "but it is unlikely that he will easily undo the improvements of bilateral relations between Japan and China under Abe."