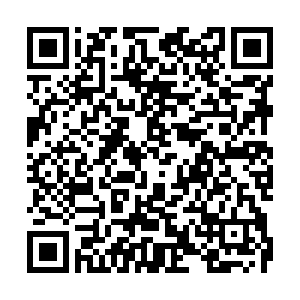 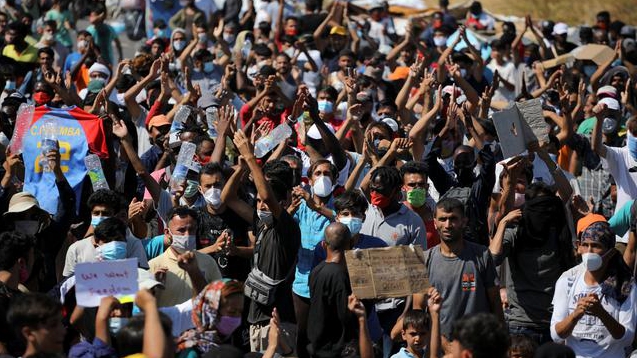 Refugees and migrants from the destroyed Moria camp protest after the news about the creation of a new temporary camp on the island of Lesbos, Greece September 11, 2020. /Reuters

Refugees and migrants from the destroyed Moria camp protest after the news about the creation of a new temporary camp on the island of Lesbos, Greece September 11, 2020. /Reuters

Greek police have detained six migrants over a fire that razed the Moria refugee camp to the ground, the government said on Tuesday, as thousands of displaced people refused to move to a new facility and demanded to leave Lesbos island.

More than 12,000 people, mostly refugees from Afghanistan, Africa and Syria, were left without shelter, proper sanitation or access to food and water after a fire tore through the overcrowded Moria migrant camp last Wednesday.

Greek authorities believe the fire was deliberately lit by camp occupants after quarantine measures were imposed following the discovery of COVID cases on the site, but the incident has put the migrant issue firmly back on the European agenda.

Greek Prime Minister Kyriakos Mitsotakis repeated a call for more help from the European Union, which has struggled to find a unified approach to the migrant crisis at its borders, saying it was time for "tangible solidarity" from Europe.

European Council President Charles Michel who visited Lesbos said the challenge was European not just Greek and urged for more commitment by EU members for a new migration policy to be effective.

"This is difficult, a very complex situation, but on behalf of the European Union, I would want to say that I refuse to paper over this migration challenge. This is a common European challenge," Michel said.

Government officials in Berlin said Germany could take in up to 1,500 people stranded by the fire, in addition to 100-150 Berlin has already agreed to take in. But a wider solution has remained elusive.

Mitsotakis said a permanent new reception facility would be built on Lesbos with EU support and that the notoriously overcrowded and squalid Moria camp "belongs to the past". 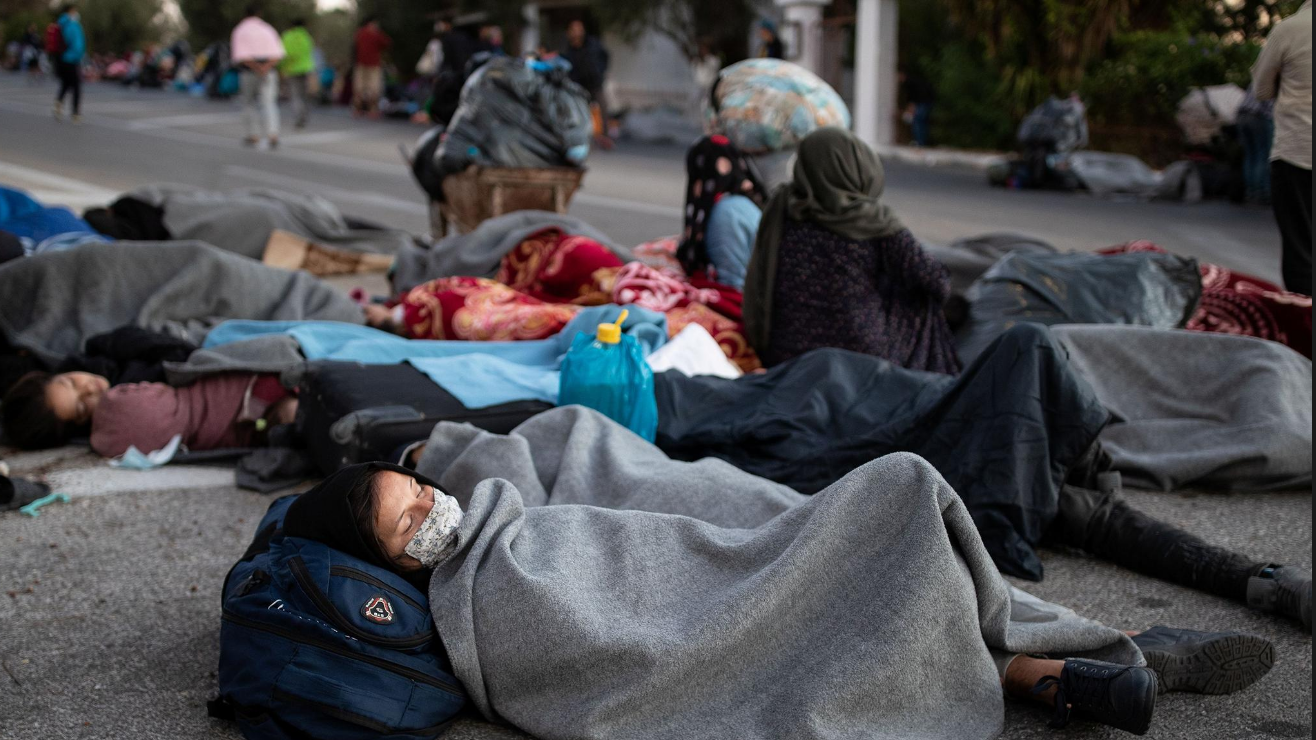 Refugees and migrants sleep on a road following a fire at the Moria camp on the island of Lesbos, Greece, September 10, 2020. /Reuters

Refugees and migrants sleep on a road following a fire at the Moria camp on the island of Lesbos, Greece, September 10, 2020. /Reuters

On the ground in Lesbos, however, thousands, including children, were still sleeping rough a week after the blaze.

Officials were struggling to overcome resistance from migrants hoping to be allowed to leave the island who fear that life in temporary shelters being erected would be no better than the conditions they endured in Moria.

Migrants wearing masks as a precaution against the coronavirus queued outside the camp gates to receive water, food and blankets from aid workers. The task was complicated by the need for COVID-19 tests, with at least 25 positive cases found among the displaced.

"The big concern is that even though many thousands of places are available and will continue to be expanded, there are still less than 1,000 that have been occupied," said Luciano Calestini, head of the Greece office of the United Nations children's organization UNICEF.

Only a few hundred migrants, mainly unaccompanied minors, have been moved off Lesbos. Greek officials have said there will be no mass transfers and all asylum seekers will have to go into the new shelter.