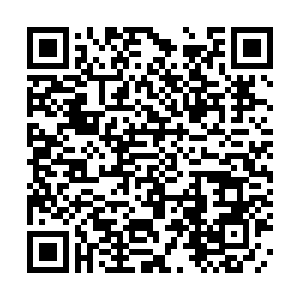 When the lockdown was imposed due to the COVID-19 pandemic, many people suddenly found themselves without a source of income. In the search for alternative approaches to making money, the internet became an obvious choice of medium.

Live streaming is not the most original or creative way of using the internet to generate income, but it is still a highly effective means of attracting a socially-distanced audience. The most popular "zhubos," as live streamers are known in Chinese, are raking in a vast fortune; however, as their numbers have risen, so have the attendant risks.

Ou Xiaoyang launched her live-streaming career in 2015. Coming from a small village in China's northeast, her family's straitened circumstances obliged her to start earning from an early age. While she chats and dances online, her viewers can reward her with promises of money if they like what they see. This way, she's able to support herself and contribute to the upkeep of her family.

But it's not all fun and games in the online streaming world. When every keyboard warrior can easily become a critic or bully, streamers need a thick skin to cope.

"A lot of us encounter cyber-bullying," Xiaoyang says. "You have to be prepared mentally for it, and just ignore them or ban them from your channel. You also have to control your temper. Even if you're not happy, you have to put up with it, control your emotions, and just smile."

Lulu, from Zhejiang province, is a highly successful, full-time zhubo.

Chatting and singing to her online audience earns her up to USD 80,000 a month for four or five hours' work a day.

But keeping her fans coming back for more is a delicate balancing act; she needs to build a close relationship with them while keeping them at arm's length sufficiently to ensure her safety. She's learned the need to protect her privacy the hard way.

"In the past, I shared my address. But one hater sent me a package in the mail containing a shroud for the dead," Lulu recalls. "I was terrified. Since that incident, I've been very careful about sharing my personal information."

Even though it's already a highly-competitive industry, live-streaming still attracts a steady stream of eager newcomers. But in truth, very few of them will make it to the top. Live steamers, even the most successful, need to accept there is only so far they can realistically push themselves for their careers.

"I've had to change my way of thinking," Lulu says. "You can't spend your whole life competing against others. It's better to focus on doing a good job and taking care of your health."

Rediscovering China is a 30-minute feature program offering in-depth reports on the major issues facing China today. It airs on Sunday at 02.30 GMT, with a rebroadcast at 15.30, as well as on Monday at 00.30 GMT and Wednesday at 22.30 GMT.