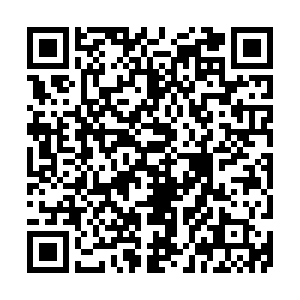 Yoshihide Suga took office as Japan's newly elected prime minister on Wednesday, forming a Cabinet of familiar faces as he pledges to stay the course set by his predecessor Shinzo Abe.

Suga held his first news conference as prime minister, addressing important issues in Tokyo on Wednesday evening. He said the immediate focus would be reviving the battered economy while keeping the COVID-19 pandemic under control.

"the biggest challenge currently facing Japan was the spread of the novel coronavirus," Suga said, adding that there was a need to balance the fight with the virus with economic revival.

Saying that there could not be a political vacuum at a time of national crisis, Suga is committed to advancing Shinzo Abe's policies, including "Abenomics," a mix of measures aimed at beating deflation and spurring growth in the world's third-largest economy, vowing to "bring back strong economy for Japan."

Highlighting his focus on digitalization in education and medical reforms, he pledged that he would beef up coronavirus testing capacity and secure a vaccine for all residents when it was ready.

Suga was sworn in as Japanese prime minister by Emperor Naruhito earlier Wednesday after being elected to succeed Shinzo Abe in an extraordinary parliamentary session.

After announcing the lineup of his new cabinet, Suga was formally endorsed by Emperor Naruhito in a ceremony at the Imperial Palace, becoming the country's first new leader in nearly eight years.

The new prime minister is scheduled to hold a news conference and convene the first meeting of the new cabinet later in the day.

Suga won 314 votes out of 462 cast by parliament's lower house members. The chamber takes precedence in electing a premier over the upper house, which was also expected to pick Suga because of a ruling bloc majority.

The new Japanese prime minister was born in 1948 and graduated from Hosei University in 1973 and obtained a Bachelor of Laws.

Suga has pledged to pursue many of Abe's programs, including his signature "Abenomics" economic strategy, and forge ahead with structural reforms, including deregulation and streamlining bureaucracy.

A plethora of challenges are ahead for the new PM, including tackling COVID-19 while reviving a battered economy and dealing with a rapidly aging society.

Suga later on Wednesday named his new cabinet, with roughly half of the ministers carried over from those of predecessor Shinzo Abe in line with his pledge to continue Abe's policies.

Taro Aso, a core member of Abe's administration, remained in his position as finance minister, and Toshimitsu Motegi kept his job as foreign minister.

According to the Chinese Foreign Ministry, the Chinese leader will send congratulatory messages to the new Japanese prime minister.

"We have noted that Prime Minister Kan Yiwei has said many times recently that he wants to build stable diplomatic relations with China and other neighboring countries," Foreign Ministry spokesperson Wang Wenbin said at the Wednesday's press conference, adding that China agrees with him.

Saying China and Japan are close neighbors and important countries in Asia and even the world, Wang noted long-term stable, friendly, and cooperative Sino-Japanese relations are in line with the fundamental interests of the two peoples and the broad-based expectations of the international community.

China is willing to work with the new Japanese government to uphold the various principles stipulated in the four political documents between China and Japan, jointly promote China-Japan relations and constantly achieve new and greater development, he added.

When asked about China's views on Japan's new defense minister, who was reported to have close ties with the Taiwan authorities, Wang said China hopes Japan will refrain from developing official ties with Taiwan.

He hopes the new Japanese government can adhere to the one-China policy.