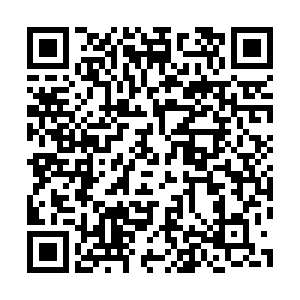 China issued a white paper on employment and labor rights in its northwestern Xinjiang Uygur Autonomous Region on Thursday.

The white paper, published by the State Council Information Office, says Xinjiang takes the facilitation of employment as the most fundamental project for ensuring and improving people's well-being.

Through its proactive labor and employment policies, Xinjiang has continuously improved people's lives, and guaranteed and developed their human rights in every field, according to the document titled "Employment and Labor Rights in Xinjiang."

The document notes that the government's education projects have significantly improved the quality of Xinjiang's workforce, with enrollments in preschool education, nine-year compulsory education, senior high school education, higher education and vocational education now at their highest level in the region's history.

According to the document, the government-run vocational training project has provided training sessions to an average of 1.29 million urban and rural workers, of which 451,400 were in southern Xinjiang, from 2014 to 2019. It helped trainees master at least one skill with employment potential and obtain vocational qualifications, skill level certificates, or specialized skill certificates.

In 2019, Hotan Prefecture alone provided vocational training for 103,300 farmers and herders, of whom 98,300 later found jobs, with an employment rate of over 95 percent, the document notes.

The document says workers' job preferences have served as an important reference for the local government of Xinjiang in designing employment policies, expanding employment channels, and providing training sessions, which is to ensure that the people can make their own choices about jobs and lead a satisfactory life.

These regulations are strictly observed in Xinjiang, the document states.

In the concluding chapter, the document notes that there is a manipulation of facts by certain international forces to support false claims of "forced labor" and "human rights violation" in Xinjiang, as well as a smear campaign against the local government's efforts to shore up employment which have led to a denial of the fact that the local people in Xinjiang enjoy the right to work, aspire to move out of poverty and are working towards that goal.

"Looking forward, Xinjiang will continue its commitment to the people-centered philosophy of development, adhere to the principle that employment is of paramount importance to people's well-being, implement the strategy of giving priority to employment, and introduce more proactive policies to boost employment," it says.