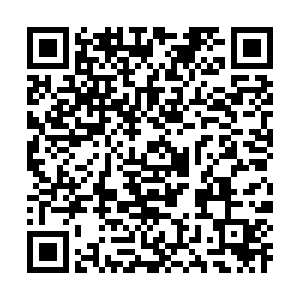 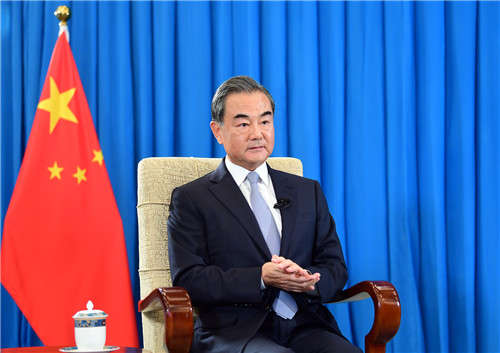 China, Russia, Kazakstan, Kyrgyzstan and Mongolia have agreed to jointly build an anti-pandemic fortress, a Health Silk Road and a community of health for all, Chinese State Councilor and Foreign Minister Wang Yi said Wednesday.

The decision was made after he exchanged views with foreign ministers of Russia, Kazakstan, Kyrgyzstan and Mongolia on deepening anti-pandemic cooperation to defeat the COVID-19, Wang, who attended the meeting of foreign ministers of the Shanghai Cooperation Organization (SCO) member countries in Moscow and visited the four countries on September 10-16, told Xinhua in an interview.

Firstly, China and the four countries will firmly support the World Health Organization in playing a coordinatiing role and oppose any attempt to politicize the pandemic and attach a geographical label to the virus. Secondly, they will consolidate and expand anti-pandemic achievements. Thirdly, they will actively promote the cooperation in the development, production and purchase of vaccine. And the last, the four countries will make a concerted effort on Chinese traditional medicine cooperation, Wang said.

In the interview, Wang also said the SCO foreign ministers' meeting has pushed forward international cooperation against the COVID-19 pandemic and pledged support for multilateralism.

The key mission of this foreign ministers' meeting was to make political preparations for the SCO virtual summit scheduled in November, he said.

The ministers look forward to taking the summit as a chance to more effectively deal with global challenges, defuse security risks, share development opportunities, while setting the SCO as a model for multilateralism and new-type international relations as it approaches the third decade of establishment, Wang added. 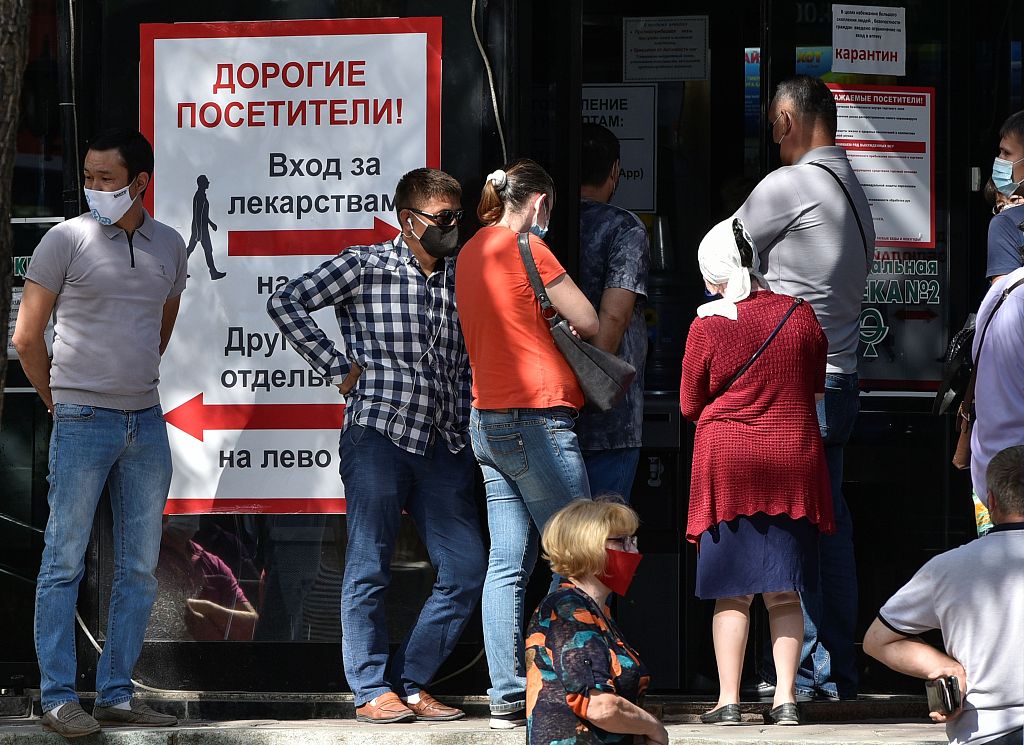 People line up outside a pharmacy in Almaty, Kazakhstan, July 8, 2020. /VCG

People line up outside a pharmacy in Almaty, Kazakhstan, July 8, 2020. /VCG

The foreign ministers have reached important consensus and agreements in this respect, according to Wang.

As the world is entering a period of turbulence and change, strong China-Russia relations are of more prominent significance in sustaining regional and world peace and security, according to Wang.

China and Russia will unwaveringly develop future-oriented relations, and work with the international community to construct a new type of international relations featuring mutual respect, equity, justice and win-win cooperation and build a community with a shared future for mankind, so as to make greater contributions to the cause of human peace and development, Wang said. 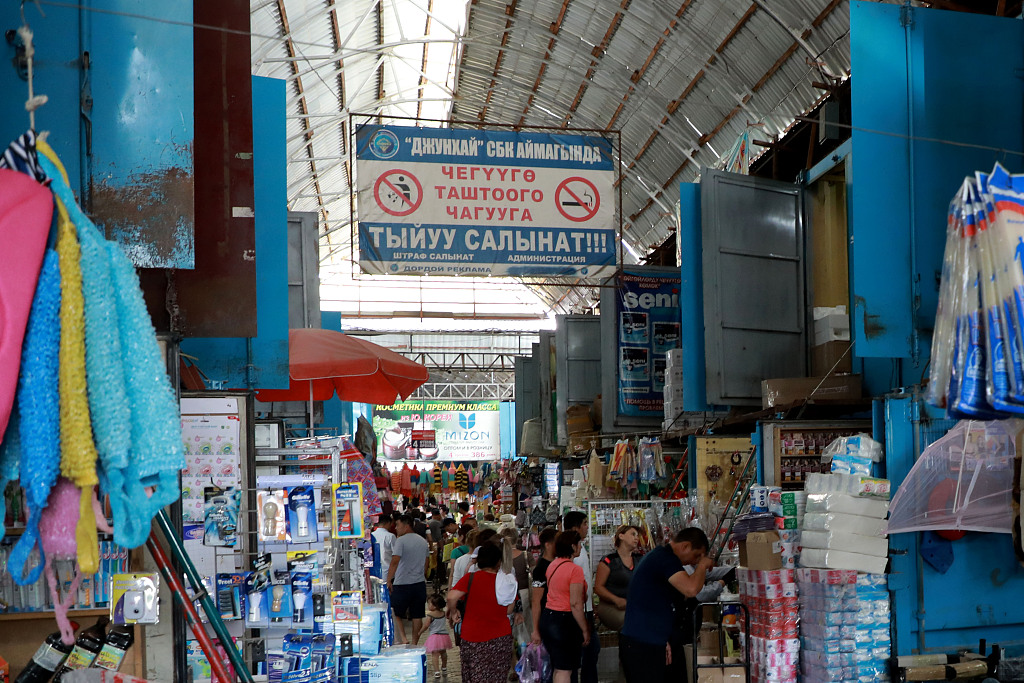 In the post-pandemic era, Wang said China will continue to promote foreign exchanges and cooperation and better synergize the Belt and Road Initiative and other countries' development strategies.

Wang said that during his trip, China and relevant countries summarized the new features and good experiences of cooperation in various fields amid the pandemic and agreed to continue to synergize the the Belt and Road Initiative and each other's development strategies, so as to speed up the resumption of work and production and bring more benefits to countries and peoples in the region.

China and relevant countries have also agreed to make joint efforts to accelerate the development of bilateral relations and further deepen bilateral cooperation. 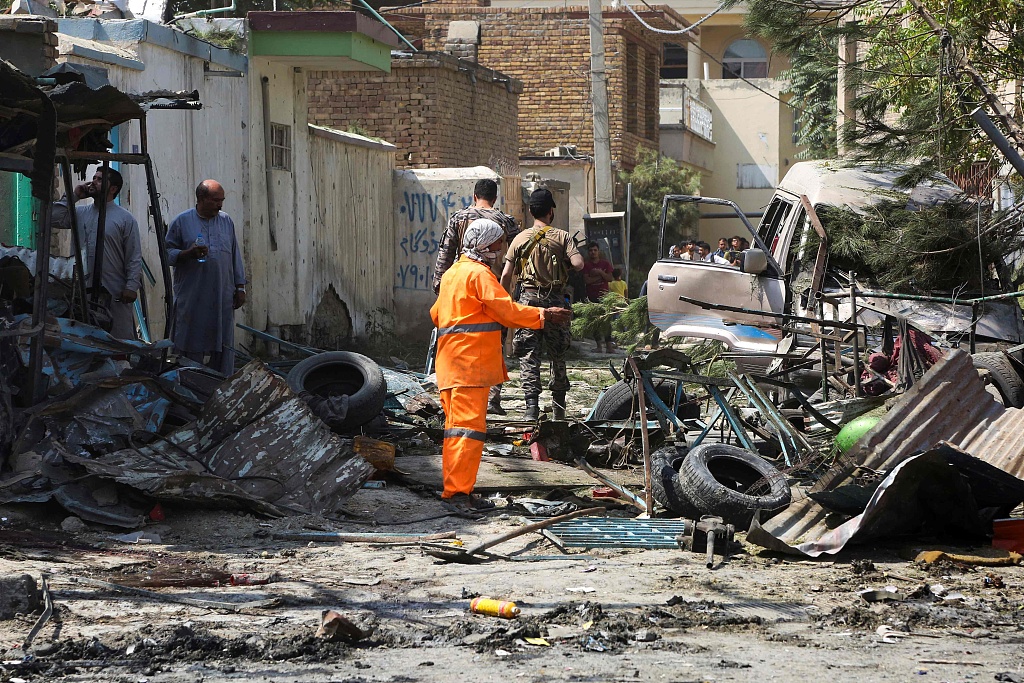 A bomb exploded in the center of Kabul, Afghanistan, September 9, 2020. /VCG

A bomb exploded in the center of Kabul, Afghanistan, September 9, 2020. /VCG

During his trip, countries in the region agreed that strategic cooperation on security shows a high level of mutual trust and is a crucial part of their all-round cooperation, Wang said, proposing China and other Asian nations enhance security cooperation in the face of the new threats and challenges.

On the Afghan peace process, Wang said China sincerely hopes that all parties to Afghanistan's peace talks will prioritize the interests of its people as well as the nation.

He stressed that the fundamental direction of political settlement, the basic principle of the Afghan-led approach, and the framework goal of broad inclusiveness should be adhered to.

At the same time, it is hoped that the new Afghan government will unswervingly combat terrorism, pursue a peaceful and friendly foreign policy, and earnestly push Afghanistan onto a path of peace, stability and development, he added.