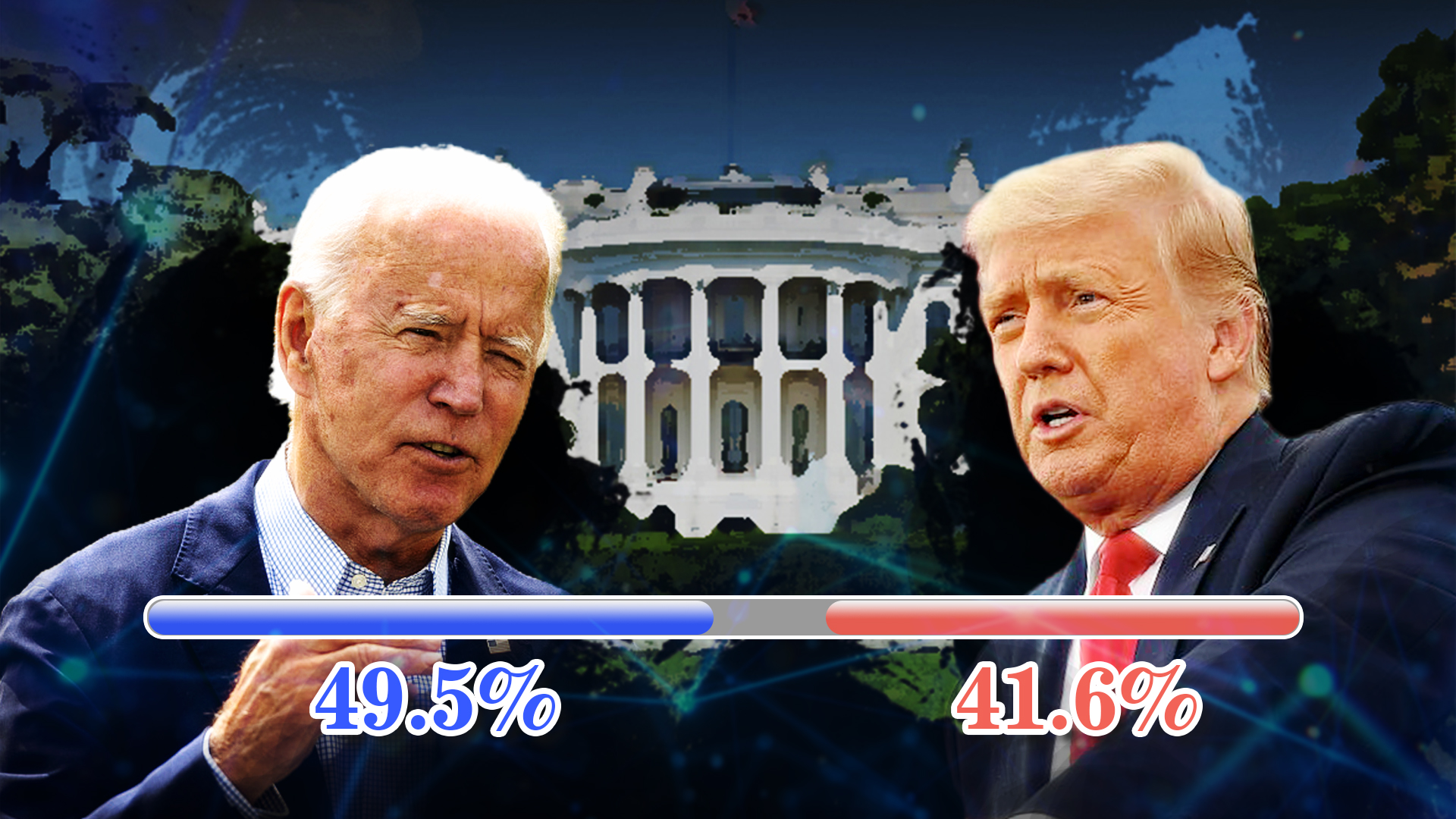 X Factors in the U.S. Election (Visit the interactive page on mobile devices to get the latest visual analytics and related reports on the 2020 U.S. Elections)

Each week we'll crunch the numbers in search of trends that indicate changes in the trajectory of the battle for the U.S. presidency. 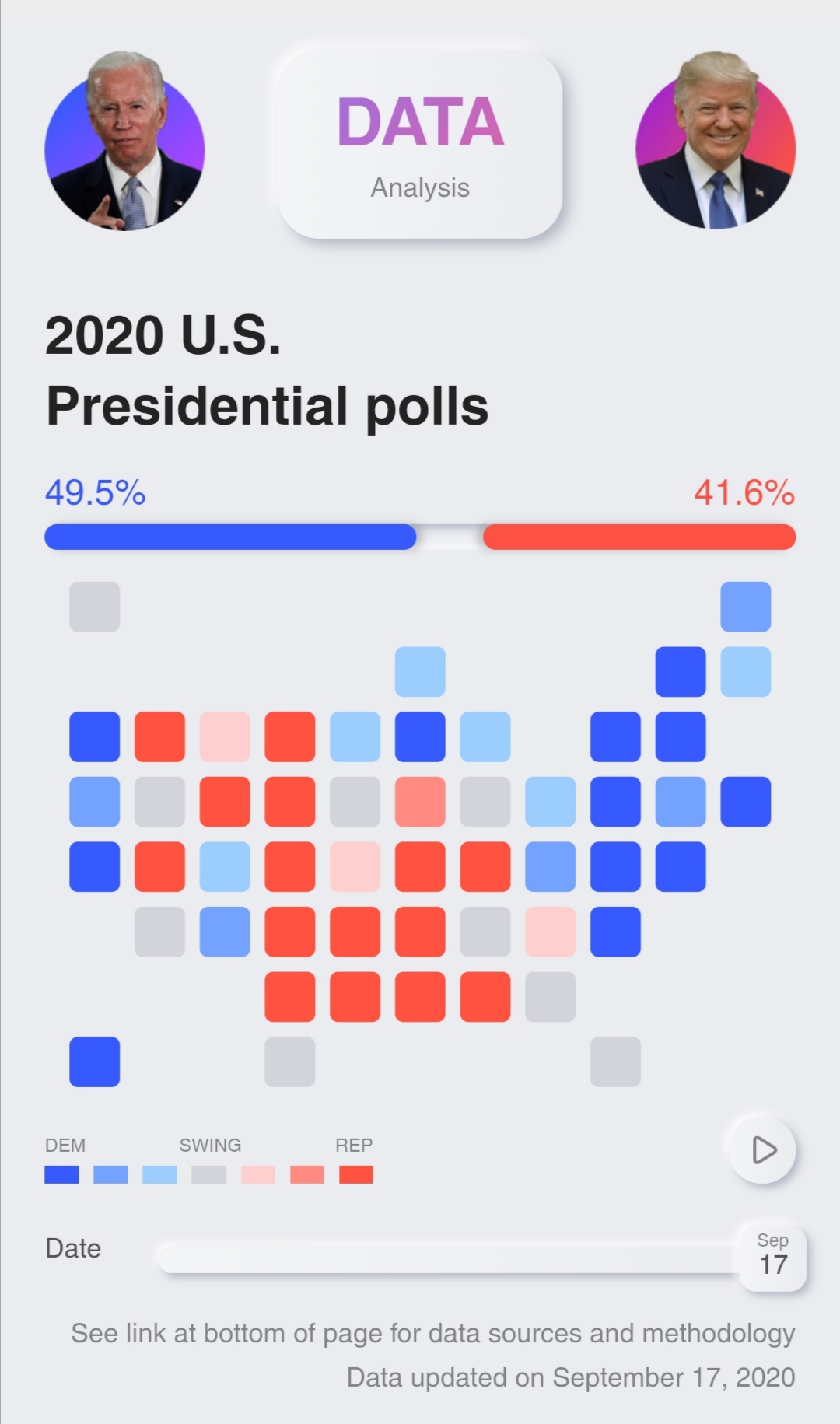 Biden retains a 7.9-point national lead over Trump, according to an average of publicly-available opinion polling analyzed by CGTN.

As the 2016 election showed, the popular vote isn't what decides presidential elections in the United States. A look at the state-by-state analysis suggests that in the critical battlegrounds that will decide the Electoral College, the race is much tighter.

Over the past seven days we've seen an intense contest from the candidates' polls in key states, including Arizona, Florida, Georgia, Iowa, North Carolina, Ohio and Texas.

Biden retains a lead in all three Blue Wall states: by 6.4 points in Wisconsin, 5.1 points in Pennsylvania and 6.1 points in Michigan. All three margins are tighter than a week previously.

Biden leads by 2.6 points in the pivotal battleground of Florida. Similarly in North Carolina and Arizona, the Democrat remains ahead but his lead is narrowing.

Polls only provide a snapshot in time and have a margin of error, but state-by-state surveys suggest if the election were held today Biden could be on course to win 391 Electoral College votes to Trump's 147.

The most talked about election-related topic on Twitter this week has been #TrumpLied200KDied#.

CGTN is also filtering data released by the Federal Election Commission to document campaign donations and spending, both nationally and state by state.

The Federal Election Commission's latest data as through July 31 shows the Trump campaign has raised 409.5 million U.S. dollars directly, against 321 million for the Biden campaign.