In the Spotlight: Nicola Sturgeon, Scotland's leader with big plans ahead
By Sim Sim Wissgott 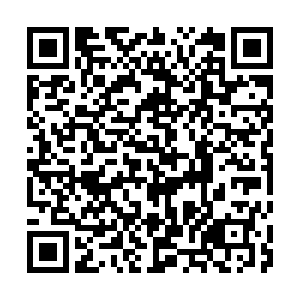 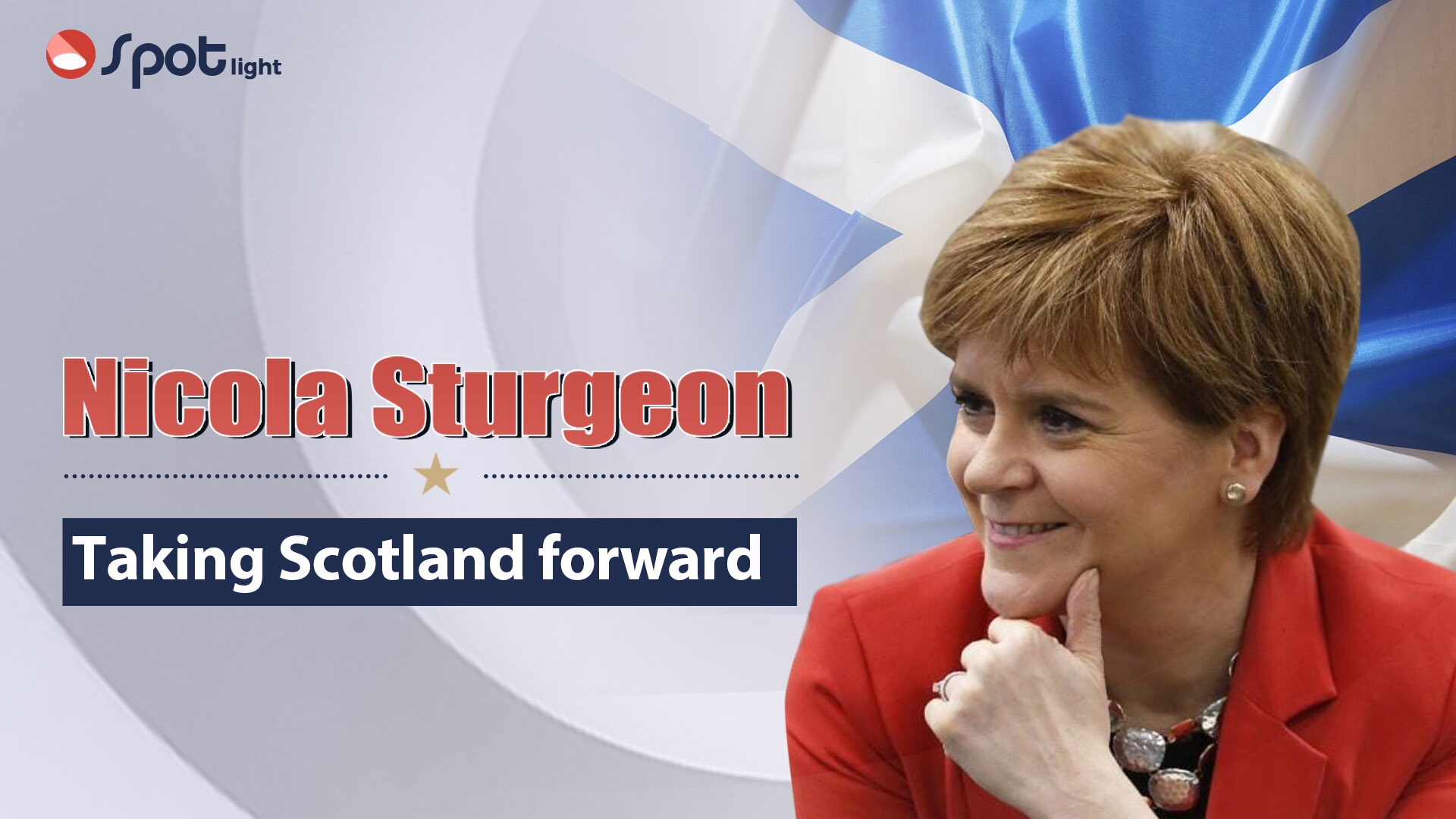 A calm, confident and trusted voice during the COVID-19 pandemic, Scotland's First Minister Nicola Sturgeon has stood in stark contrast to UK Prime Minister Boris Johnson down south. With the crisis highlighting regional differences and Brexit rearing its head again, she is now riding a wave of support for independence and could engineer a second referendum after Scottish elections next year.

A study in contrasts

While Scotland was just as badly hit by the pandemic as the UK as a whole, the two governments have received widely different marks for their handling.

During almost daily televised 12.15 p.m. briefings since March, Sturgeon has given updates on COVID-19, laid out new health and safety rules, and taken questions from the media.

In typical performances this week, she gave detailed explanations of how cases were tallied, expressed her condolences to those who had lost friends and relatives, and drilled in the need to keep following the rules and not become complacent, while noting she understood people's frustrations at not being able to go out or meet in groups.

She hasn't escaped criticism: her government was accused of covering up a first outbreak at a conference in Edinburgh in February and faced another scandal over the high death toll in Scottish care homes, where more people died than in hospital.

But this has paled in comparison to the UK government, where Johnson's briefings have repeatedly left people confused about what they should or should not do, where blunders and conflicting messaging have become common and where a top adviser openly flouted the rules and got away with it.

"Nicola Sturgeon is a very effective communicator, and has taken on the role of being the face of the Scottish government's response to COVID-19, leading the response," Nicola McEwen, professor of territorial politics at the University of Edinburgh, told CGTN. "The same cannot be said of the UK response, where the PM has been less visible and the communications at times appearing inconsistent." 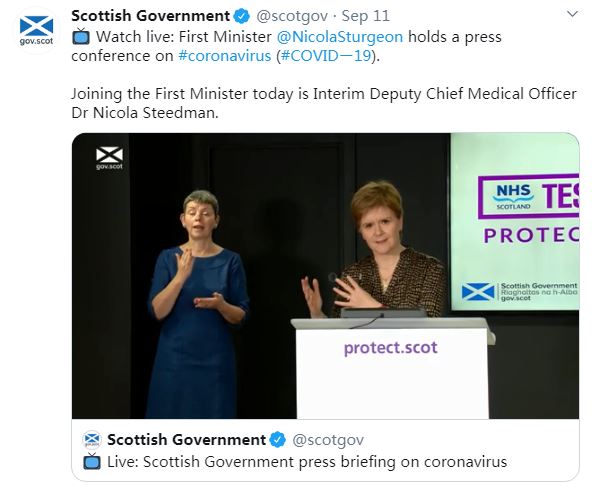 Nicola Sturgeon speaks during one of her COVID-19 briefings in a video posted on Twitter by the Scottish government. /CGTN screenshot

Nicola Sturgeon speaks during one of her COVID-19 briefings in a video posted on Twitter by the Scottish government. /CGTN screenshot

Sturgeon "has been clear, consistent in her messaging and has faced questions from the media almost every day since March," noted Callum Baird, managing editor of the Scottish newspaper The National.

"On the other hand, the UK government has lurched from crisis to crisis and the quality of Johnson's leadership has come under question. He has gone missing, taken holidays, and contracted the virus himself just weeks after saying he was happy to keeping shaking hands with people. He is widely regarded as incompetent in Scotland," Baird told CGTN.

The peculiarities of UK politics mean Scotland has its own executive, which since 1999 has handled devolved matters such as the environment, education, housing, justice and healthcare, while London remains in charge of foreign affairs, immigration, trade and defense.

Sturgeon, the leader of the Scottish National Party (SNP), has been at the helm since 2014, the fifth person and first woman to become First Minister. A native of Glasgow, the 50-year-old studied law and was a solicitor before being elected as member of the new Scottish Parliament (MSP) in 1999. From 2007 to 2014, she was Deputy First Minister under Alex Salmond, before taking over his job.

Seen as competent, honest and a straight talker, Sturgeon – whose Twitter feed is as likely to feature book recommendations and shout-outs to friends and colleagues as policy announcements – has been more cautious in office than her predecessor but "doesn't promise things that she can't deliver," said Baird.

Scotland's most popular politician by far, her COVID-19 briefings have been watched by tens of thousands online and the BBC's announcement last week that it would stop systematically broadcasting them caused an outcry.

In a UK-wide YouGov poll in July, 52 percent of people said Scotland had handled the pandemic better than England, with only 10 percent saying the opposite.

After Scotland went into lockdown, another survey in May found that 71 percent of Scots were confident Sturgeon was making the right decisions, compared to 40 percent for Johnson.

"The Scottish government always seems to be one step ahead of London, whether that be with the closing of schools, or the wearing of face masks. London appeared to be copying whatever Nicola Sturgeon introduced in Scotland first," noted Baird. 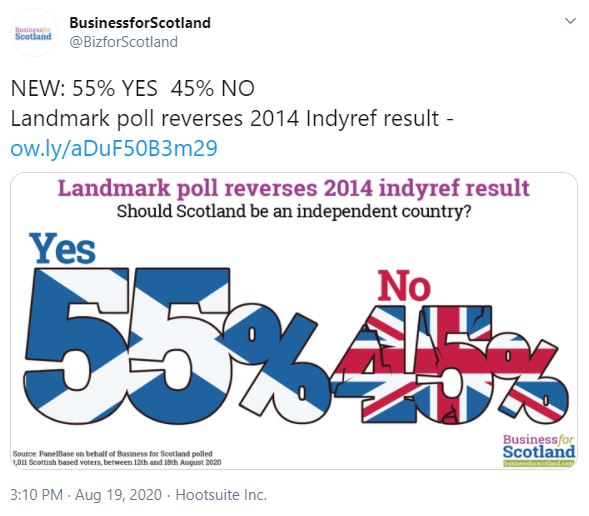 Results of an independence poll taken for Business for Scotland. /CGTN screenshot

Results of an independence poll taken for Business for Scotland. /CGTN screenshot

All this has led to new fervor for independence, as Scots have questioned what they are getting out of the union.

In a poll by Panelbase for Business for Scotland in August, 55 percent of Scots said "yes" to independence and 45 percent said "no" – an exact reversal of the results of the 2014 Scottish referendum. A separate Savanta ComRes survey put the split at 54-46 percent.

Experts have noted that this is the first time polls have shown such consistent support for leaving the UK.

Right on cue, Sturgeon announced on September 1 that the Scottish government would set out plans for a second independence referendum – also known as Indyref2 – ahead of Scottish elections in May, laying out the timing and question to be asked.

Addressing the parliament at Holyrood, the First Minister – who joined the SNP at age 16 "and has been campaigning for Scottish independence ever since," according to the party's website – spoke of "Scotland's right to choose our own future" and "the ability to shape our own destiny."

Talk of a second referendum already emerged in the wake of Brexit, after Scotland overwhelmingly voted to remain part of the European Union, while the rest of the UK voted to quit the bloc – leaving many north of the border feeling that the wishes of the Scottish people were being overruled by Westminster.

But the pandemic and the different ways in which London and Edinburgh have handled the crisis have "really been the game changer for Yes", according to Baird. 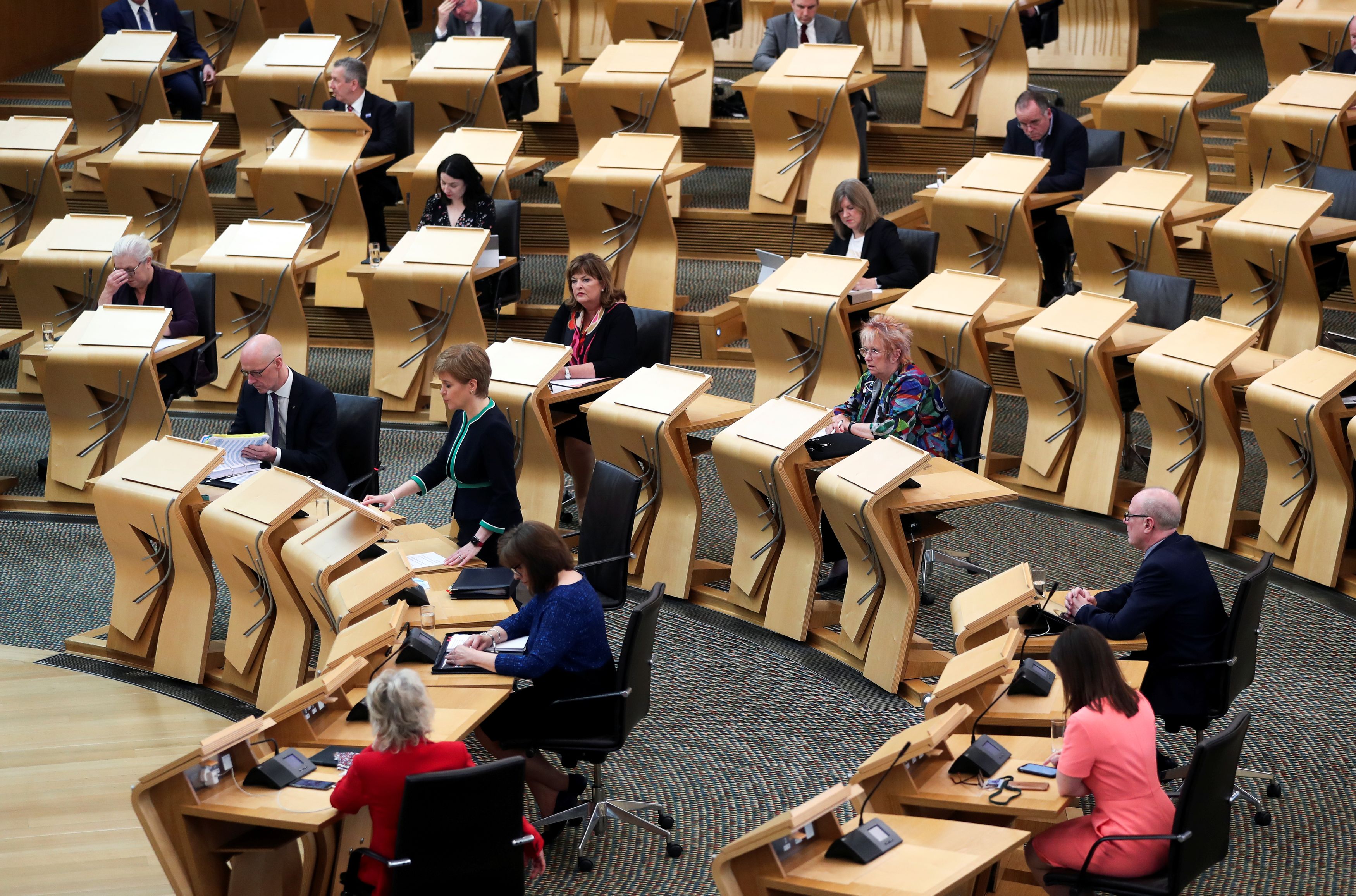 A split from the UK is far from certain. "Support for independence has risen in the absence of a campaign for independence," McEwen pointed out. Once campaigning begins in earnest, Scottish leaders will need to explain how they plan to solve certain issues, including what will happen with the border between England and Scotland.

"England is by far Scotland's largest trading partner. If Scotland were to rejoin the EU, the Anglo-Scottish border would become not just an international border but an external border of the European Union. This could require some border checks, especially for goods and services trade," said McEwen.

The issue of Scotland's currency and how to keep its economy running without UK help are among other concerns that would need to be ironed out, and "these tricky issues could dent support for independence once a campaign unfolds."

Another hurdle is that Sturgeon will need UK approval to hold a vote, something Johnson has repeatedly said he is opposed to.

Getting this green light will be "the real battle," said Baird. "We are convinced Scotland will vote for independence when it has the chance next time – and secretly, you suspect, the UK government believes that too."

For now, Sturgeon and the SNP look set for another landslide win in May.

Laying out her government program for 2020-2021, Sturgeon noted that COVID-19 will remain the priority for some time. "However, we will not simply hunker down and wait for the storm to pass ... This is a time to be ambitious."