Scenery along the 'sky road': A trip aboard the Qinghai-Tibet train
By She Jingwei 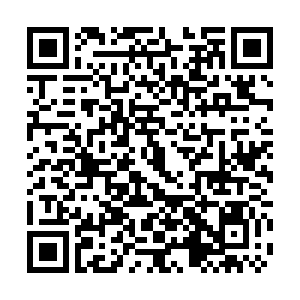 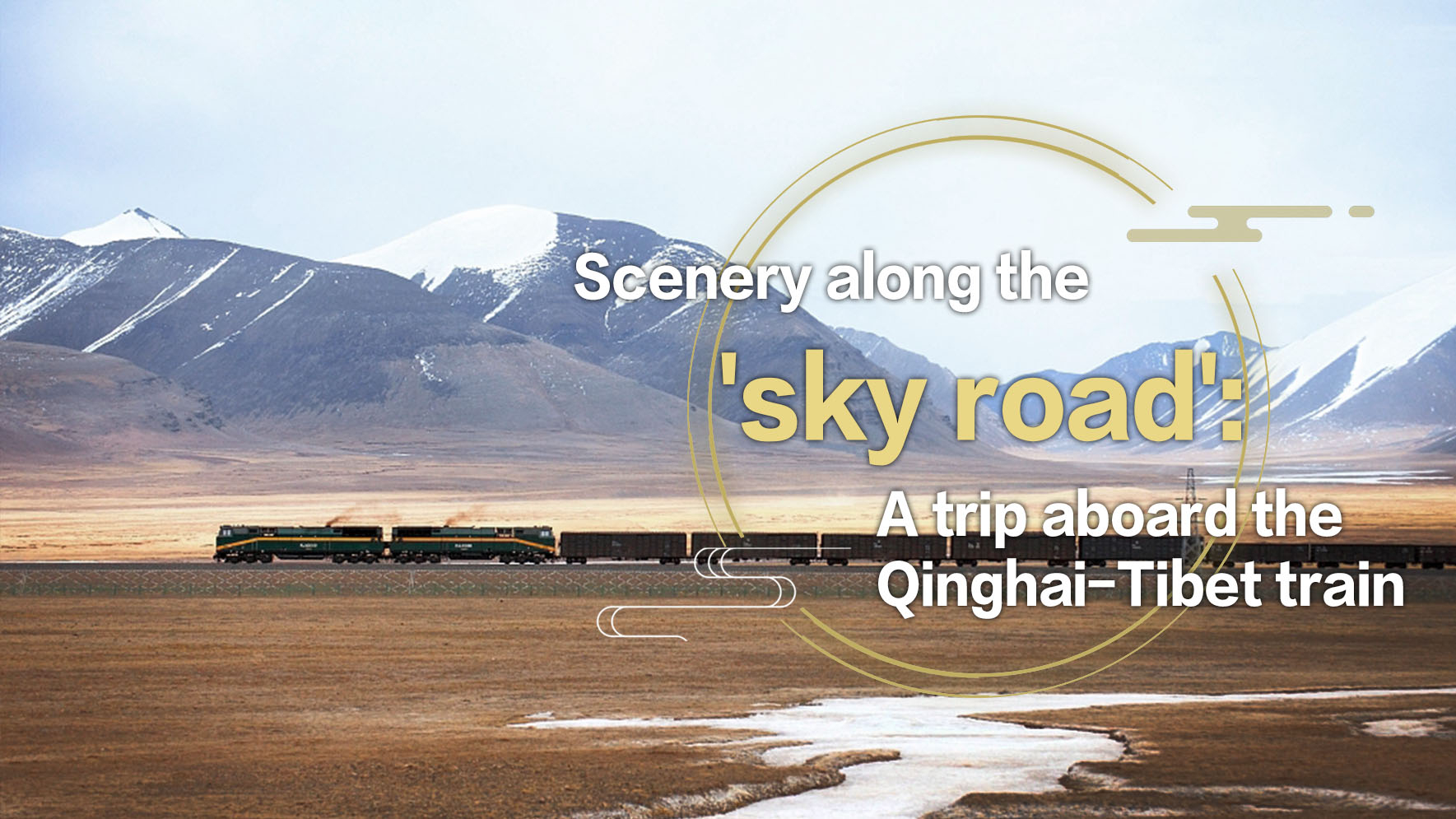 For centuries, Tibet has not been explored as much by the outside world due to its remote location, extreme climate and geographic environment. Since the initial launch of the Qinghai-Tibet Railway in 2006, this railway has become the most popular and convenient way to connect Tibet to the rest of China, bringing tremendous profits to the regions.

Dubbed the "sky road" and noted as a man-made wonder in transportation, the 1,956-kilometer-long world-renowned railway begins in Xining and ends in Lhasa. The stunning scenery along the railway offers not only a feast for the eyes, but also a journey for the soul. Come join CGTN to enjoy the enchanting trip on the Qinghai-Tibet train!

Qinghai Lake: A paradise for birdwatchers and cyclists

Starting from Xining Railway Station, it takes around one hour to appreciate the stunning view of Qinghai Lake. Dazzling like a crystal-clear gem, Qinghai Lake is the largest inland lake as well as saline lake in China. Surrounded by lofty mountains, the lake features two sub-lakes: a saline Gahai Lake and a freshwater Erhai Lake.

Be it the blue sky and water, the green grassland or mesmerizing landscapes – Qinghai Lake boasts great charms worth exploring. 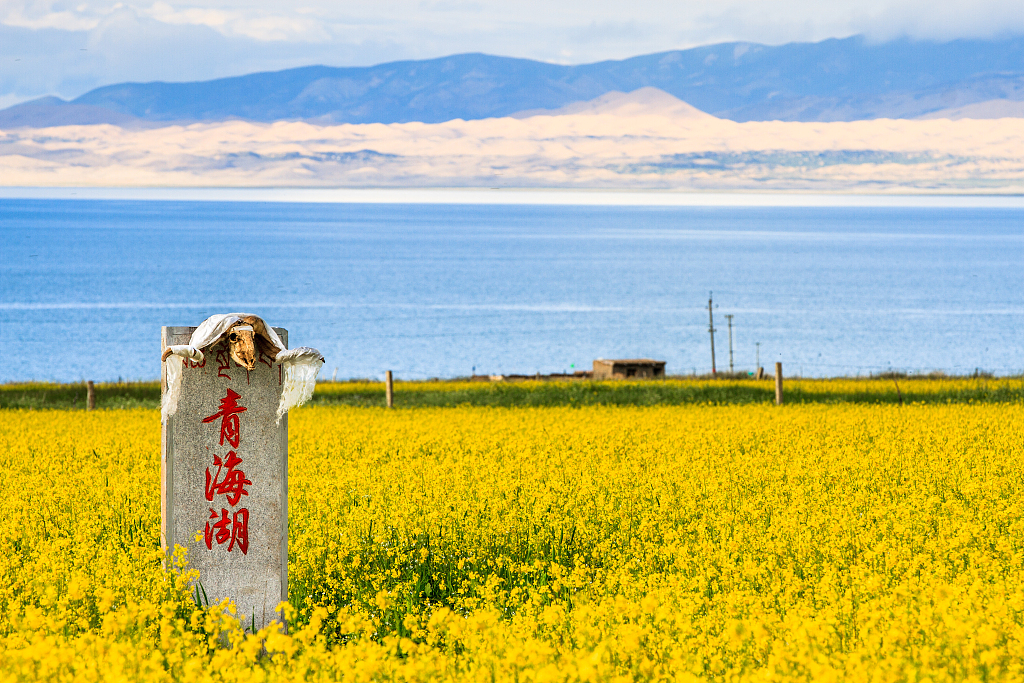 Cole flowers by the side of Qinghai Lake. /VCG

Cole flowers by the side of Qinghai Lake. /VCG

Qinghai Lake is definitely a paradise for bird lovers as many different kinds of birds would fly here to breed in May and June due to the mild weather. Meanwhile, for cyclists, cycling around the lake not only allows them to enjoy the beauty of the lake view, but also while away the time.

Tips:
The best time to visit the Qinghai Lake is from April to August as numerous Cole flowers blossom along the lake during that time, forming breathtaking scenery for visitors. In addition, May and June are the best season for bird watching.

As the train keeps moving up, a picturesque view of the Kunlun Mountains appears before you. Reputed as the holy mountains, the Kunlun extend west from the Pamirs with a length of 2,500 kilometers. The 6,178-meter-high Yuzhu Peak is the highest of the Kunlun Mountains in Qinghai. The high peaks are covered with snow and mist all year round, creating a stunning view along the Qinghai-Tibet Railway. 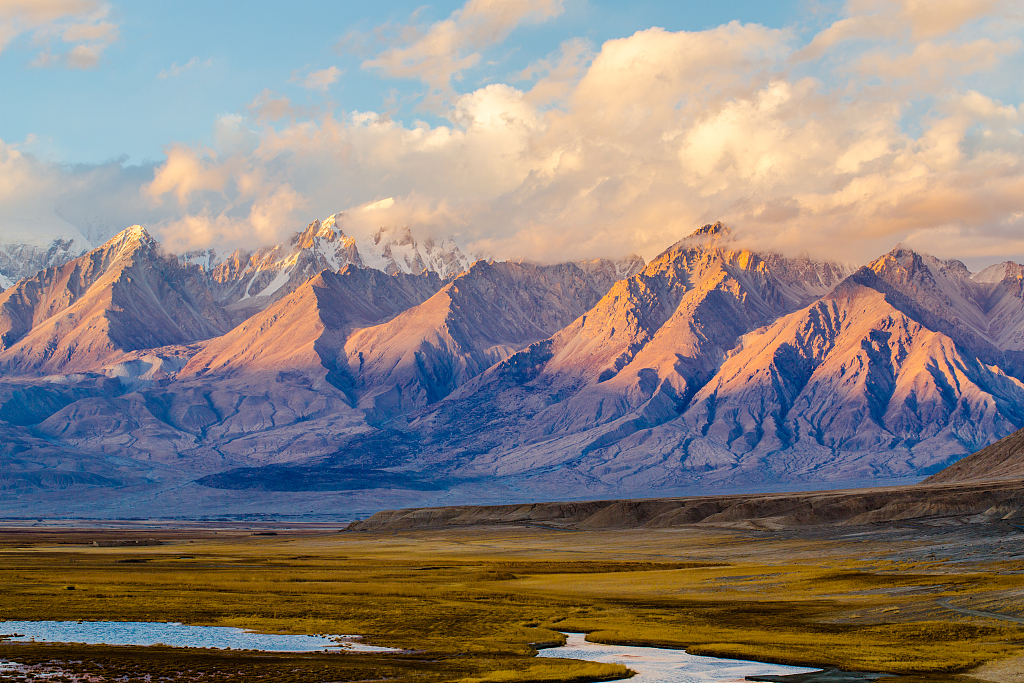 It's worth mentioning that Yuzhu Peak is the first sightseeing station for passengers, which allows them to get off the train and take photos outside. It is considered to be an ideal choice for hiking beginners as its route requires less technique.

Hoh Xil, which means "green mountains" in Mongolian, is a plateau between the Kunlun and Tanggula mountain ranges, with an average altitude of 5,000 meters.

Home to many wild animals, including the Tibetan antelope and the wild yak, Hoh Xil Nature Reserve is undoubtedly a desolate region in the northwestern part of the Qinghai-Tibet Plateau in China. 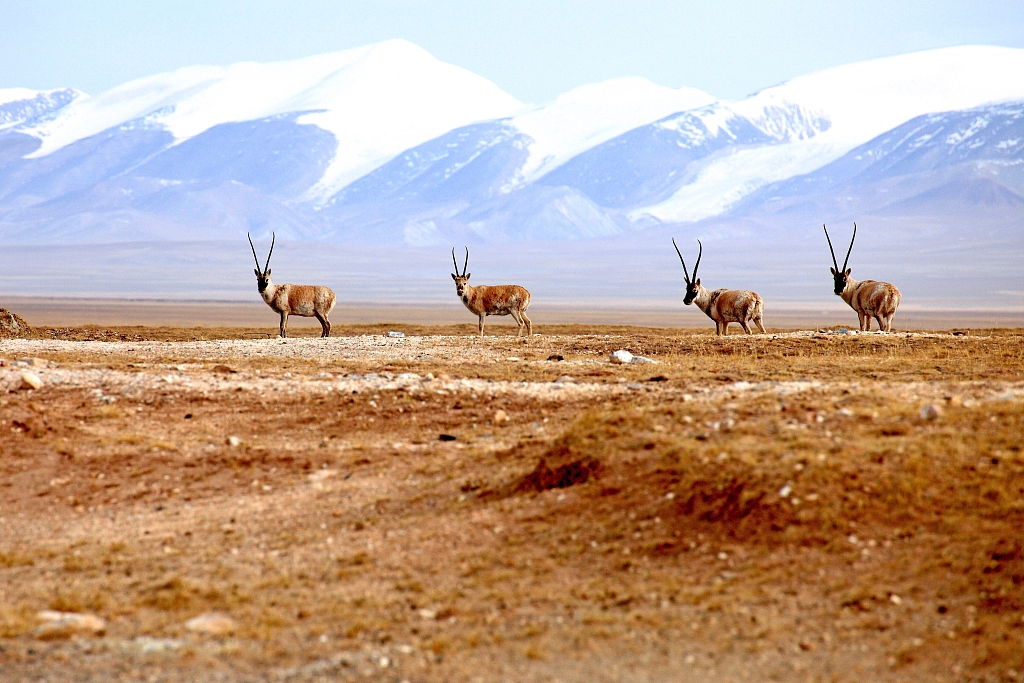 The extensive area of alpine mountains and steppe systems is situated more than 4,500 meters above sea level, where sub-zero average temperatures prevail all year round. The geographic and harsh climatic conditions have made this place a "forbidden zone for humans," which is also a reason for its biodiversity. This is probably one of the few places left on Earth where one could get off the beaten track and find inner peace.

Tips:
As there are no signs in Hoh Xil Nature Reserve, visitors often get lost here. Remember to bring a local guide with you or rent a car to travel.

Lying in Amdo County, Nagqu Prefecture in the Tibet Autonomous Region, Tsonag Lake is one of the most significant holy lakes to local residents.

The Qinghai-Tibet railway passes right by the lake, making it the closest altiplano lake to the railway on the road. Passengers can take photos and capture the charming view of the lake as they would definitely have something to brag about on social media.

Lhasa: The start of the journey to Tibet

The final destination of the Qinghai-Tibet train trip – Lhasa, offers almost every aspect of Tibetan culture. If one must pick a name card for Lhasa, the Potala Palace is very likely to be the answer. No one can really say that he/she has visited Lhasa unless they have been to the Potala Palace – a must-see for travelers from home and abroad. 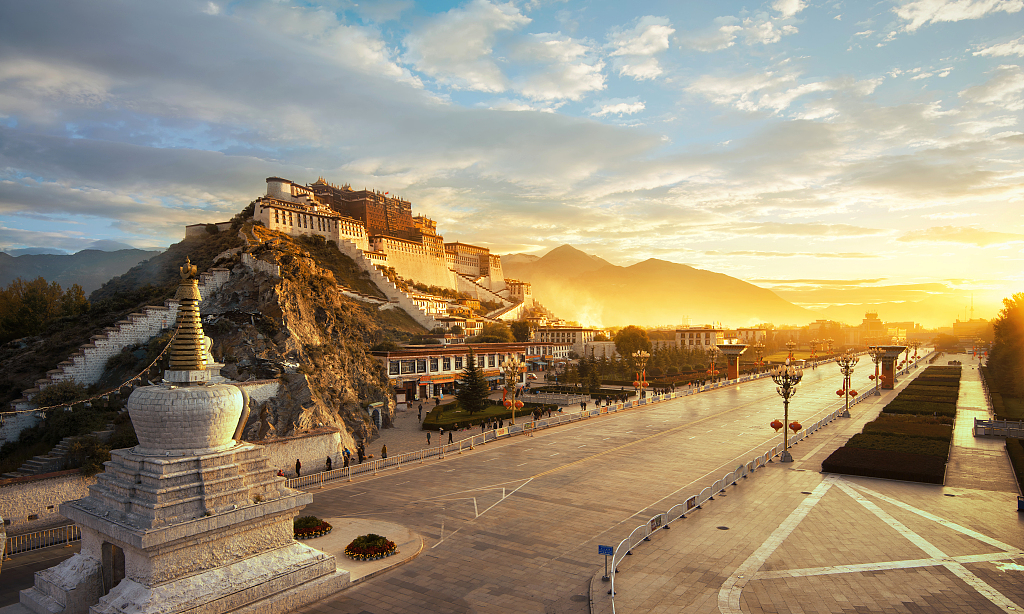 Tibet is always full of incredible scenery. In early March when most of the plateau is still tinged with a wintry chill, Nyingchi Prefecture, in southwest China's Tibet Autonomous Region, is blanketed with pink blossoms. If you want to record all the scenery along the sky road, seeing them yourself is not enough. The feelings from the bottom of your heart are important. So, what are you still waiting for? It's time to pack your bag and start the soul journey to Tibet where you could completely hand over yourself to nature and experience the unique Tibetan culture.