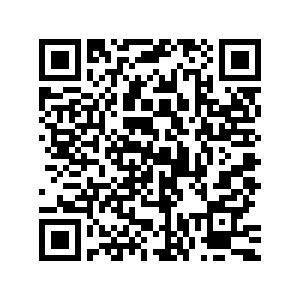 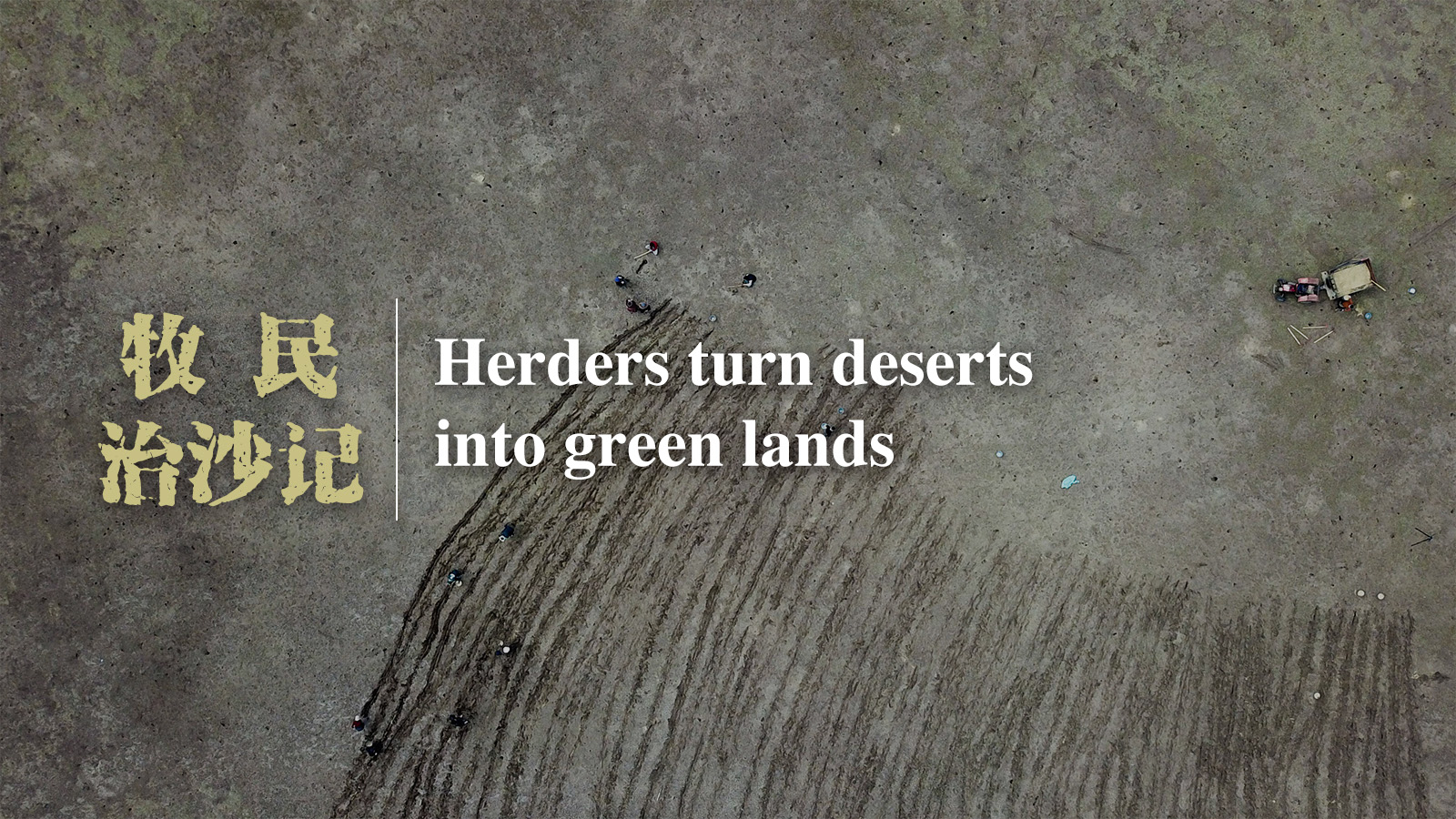 The home of Palzang, a Zoige herder, is on the northeastern margin of the Qinghai-Tibet Plateau, near the Yellow River.

He has a handsome horse, a fond mother, a beautiful wife and a lovely daughter. 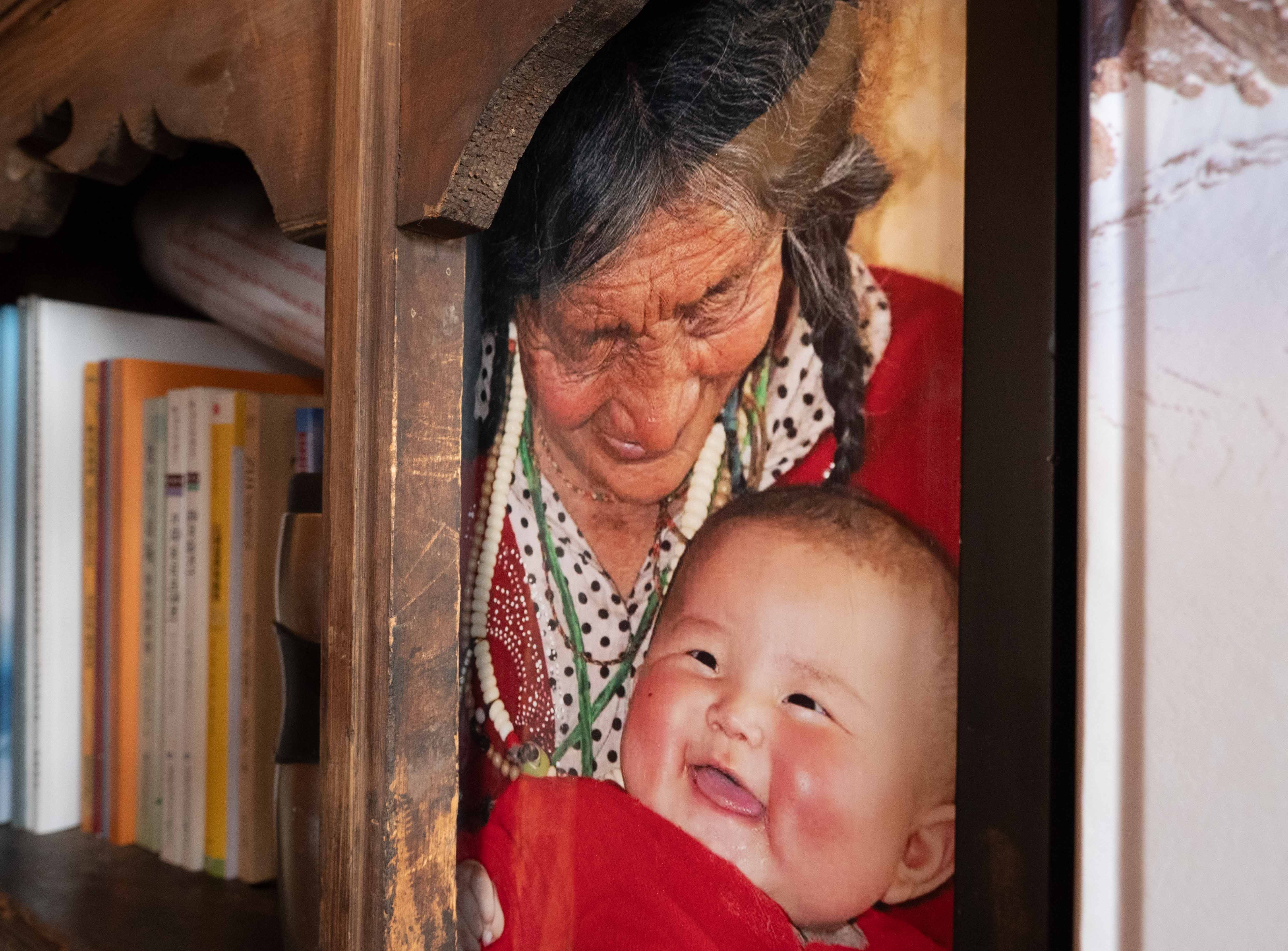 Palzang's daughter was born in the season when he is busy planting grass.

Palzang's daughter was born in the season when he is busy planting grass.

Unfortunately, his wife passed away due to a heart attack in the winter of 2018. Since then, his heart was as freezing as the severe winter of that year. Even though the spring of grassland should come on time, and someone should do the anti-desertification campaign.

"Her passing away might encourage me to make great efforts to the lives, now I plant grass and trees, these are all related to the lives," said Palzang. 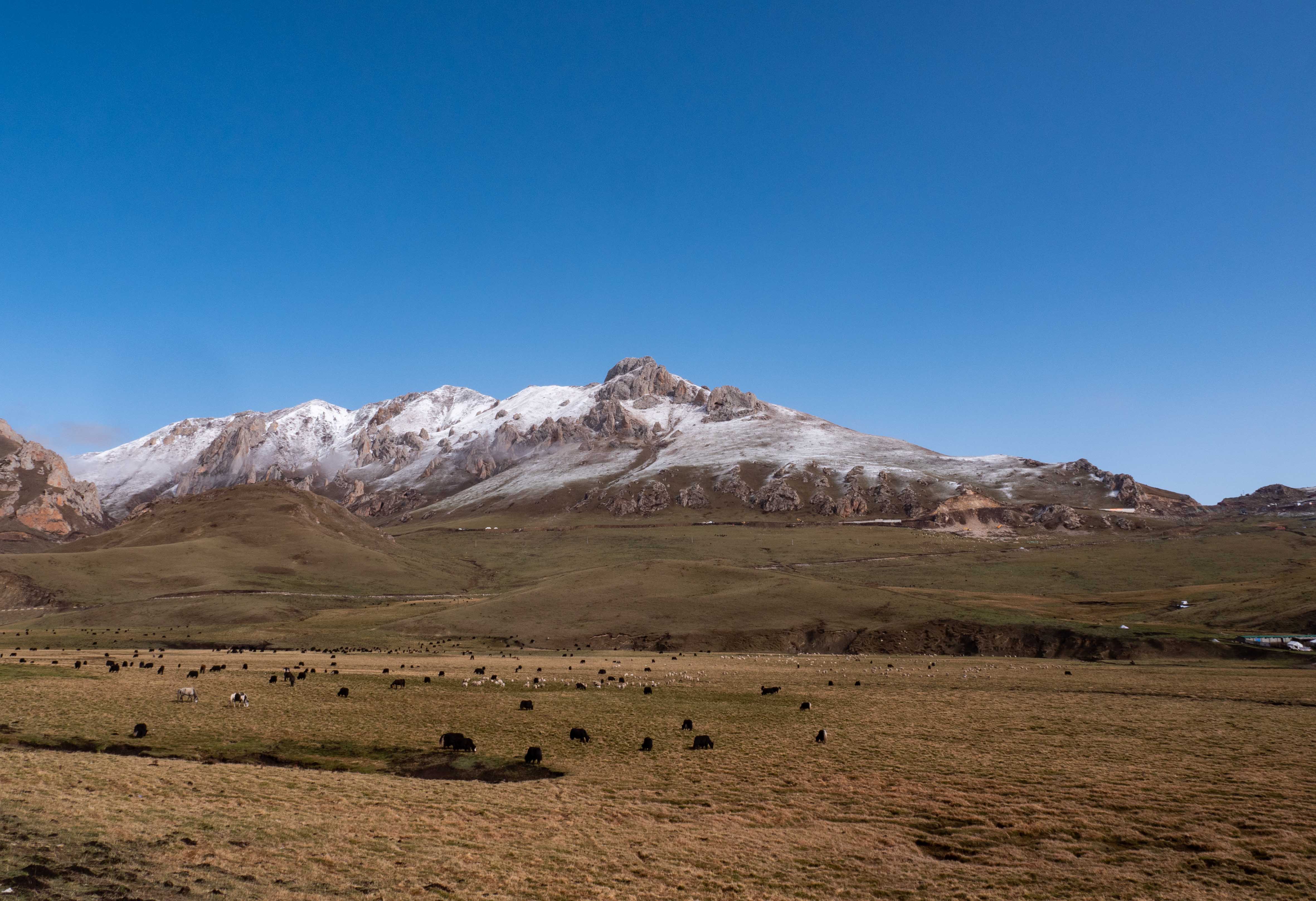 Palzang started thinking about the anti-desertification campaign since he was in school. He spent his childhood on green grassland. Then, he left home for school. Once he returned home for a winter vacation, he was shocked by the sandstorm that he had never seen before in his hometown. While the wind blew, he couldn't even see his friends who were ahead of him.

The grassland has turned black. The land was covered by sand instead of grass. The word desertification became known to the herders.

Palzang studied the Tibetan language at a university. After graduating, he has been a teacher, a translator, and a tour guide. Even though he has got not bad incomes from these jobs, he couldn't rest himself down as his hometown was suffering from desertification. In 2010, he got a job in an environmental protection organization, where he had an opportunity to fight the desertification together with herders in his hometown. 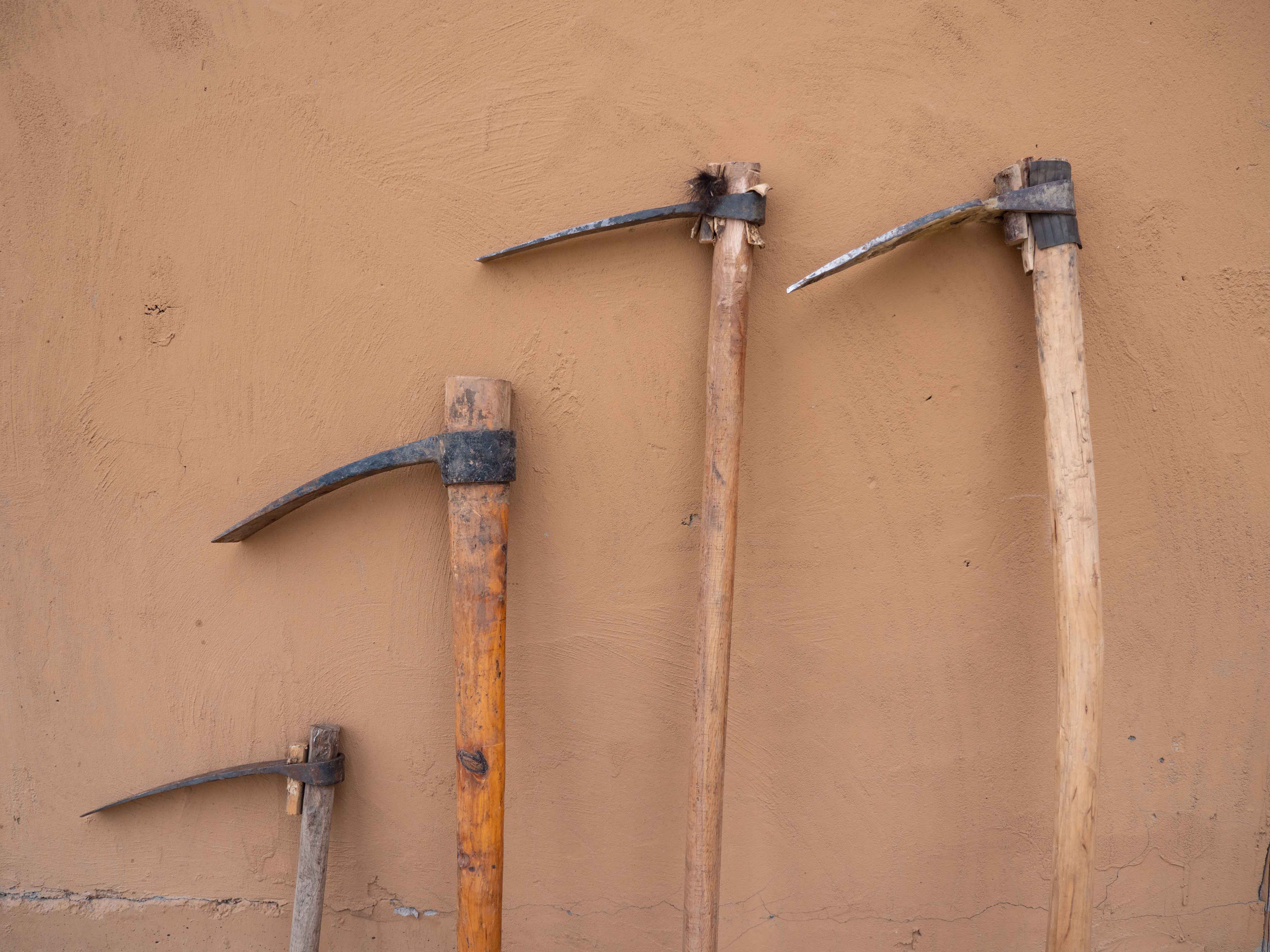 A planting tool has been improved for four years.

A planting tool has been improved for four years.

Until 2019, Palzang and local herders have done this for ten years. More than 1,000 herders have participated in this combat, and they have turned nearly 1,000 hectares of desert green again.

In Palzang's opinion, the grassland suffers not only from desertification but also from loneliness. More and more young people leave their hometowns for cities to gain knowledge. As few of them come back, so the grassland feels lonely. It is good that some of them coming back to combat desertification nowadays. "We work together, we eat together, and we chat with each other, maybe this is the best restoration of the grassland," said Palzang. 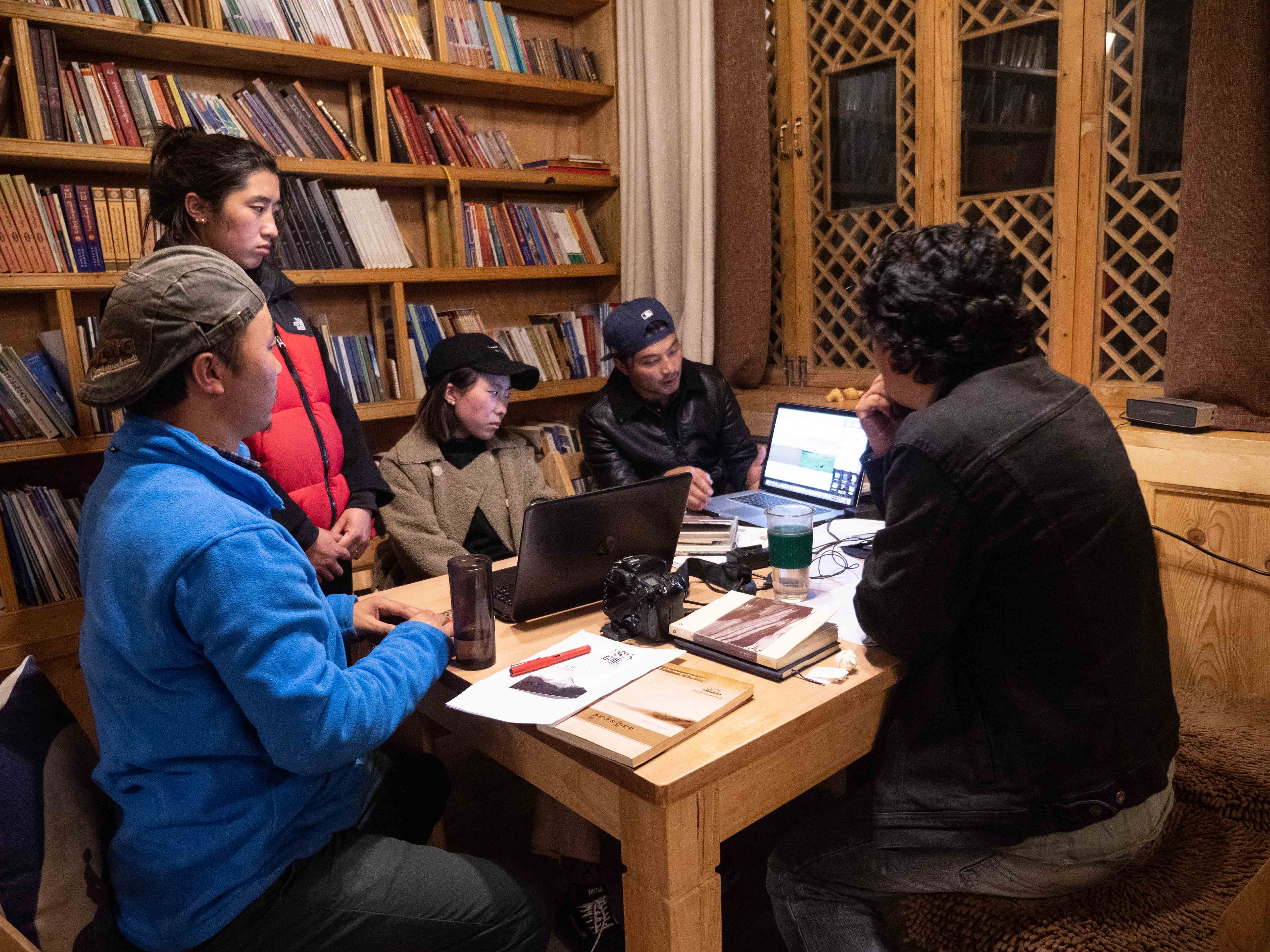 From Palzang's perspective, the public benefit means that you could contain many elements, including your father, mother, relatives, friends, tribe, nation, and lives.

There must be someone who loves to tell stories on the grassland when spring comes. He'd love to tell the story about his family, about how herders combat desertification. He is Mr. Palzang, a herder of Zoige. 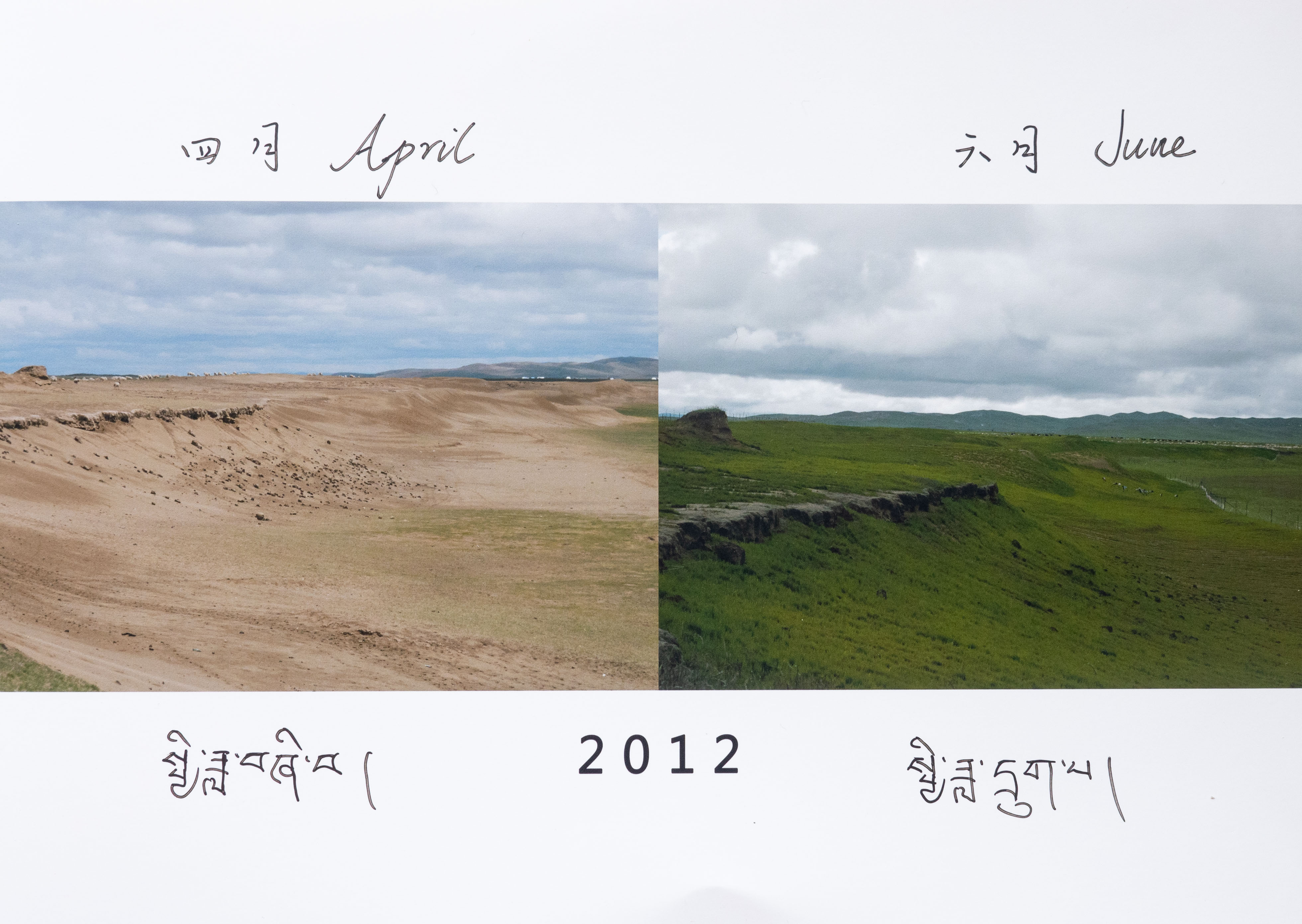 The herders scattered the seeds in April. Two months later, the grass came out.

The herders scattered the seeds in April. Two months later, the grass came out.