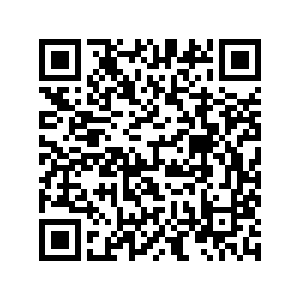 Sidelines is a Column from CGTN's Social Media Desk

Venus has some phosphine to explain and Earth may finally shake off its lonely blue.

The stinky compound has been spotted from Venus's atmosphere and the estimated quantity somehow exceeds what the planet's physical environment can offer. Put differently, there might be a biological source for it – potentially evidence of life.

Earth is cautiously thrilled by the news thanks to decades of fruitless search for extraterrestrial beings. The Nobel winning physicist Enrico Fermi hammered home the frustration and unbelievability in 1950: Where is everybody? Now known as the "Fermi Paradox," the casual remark has turned into one of many serious inquiries into the existence (or non-existence) of aliens.

The Paradox resides in the gap between statistical deduction and reality. The universe is observably 13.8 billion-year-old since the Big Bang when it was thrown into existence. The number of planets spinning in it beats our mental power to count. It takes merely seven million years of the 4.5 billion-year-old Earth to conjure up humans that make spaceships. In such a vast pool and lengthy period of time, there is bound to be a few planets that got at least as lucky as Earth. How is it explicable that we haven't received any message from anybody?

Maybe they had set foot on Earth a long time ago and all we need is to dig deeper for the traces. Or they may have been with us for ages without our awareness (referencing Men in Black). But what if they haven't? A relatively dull but reassuring excuse is that their ships are little fancier than ours, or weaker, in sponsoring a star trek.

More wakening thoughts sink when we consider the possibility that they are technologically prepared but have chosen not to visit. If the universe really is a Dark Forest where everybody is forced by the blinding blackness to think other roamers as potential threats, reaching for a suspicious rivaling power involves stark risk. A benevolent view is that the technologically superior has chosen to observe from afar because they know better not to intervene. What they must have seen or been through to cement this kind of philosophy is beyond our imagination, but profound wisdom often comes with a scar.

This leads to probably the gloomiest explanation of all to the Paradox. The civilization as glorious as being able to make interstellar trip is already extinct, for reasons we can only guess. Natural disasters such as climate change and plague; or artificial catastrophes exemplified by the exhaustion of natural resources and the equivalent of a mass nuclear war, could all pull the plug on a planet's future.

If we dwell on this disheartening supposition for a little longer, it would soon dawn on us that onto the theoretical sad ending of some unknown star we've projected our anxiety for the future of human civilization. The blue globe operates with its own law that disregards how powerful the creatures treading on it are. Will human beings, the most destructive species that's ever walked on Earth in view of the sabotages from global warming to deadly warfare, be spared the ill fate that's envisaged befalling on an imagined alien superpower?

Among many more theories in response to the Paradox, one boasts Earth's uniqueness: we are alone in the vanguard of the universe's evolution, being its boldest experiment. If it turns out Venus has seen a genesis of life in the form of microbe, it may after tens of billions of years evolve into where the Earth is today. By then who knows if the Venusian civilization will not look upon us for inspiration? As incredible as it sounds, there is a chance that human beings could set a good example for the latecomer. The challenge is that we rarely plan things that far into the future. Luckily, grant project advances with baby steps. By not dropping big bombs on each other, by not exhausting the planet, and certainly by not letting a deadly virus divide and conquer us, we might just be about to make it.