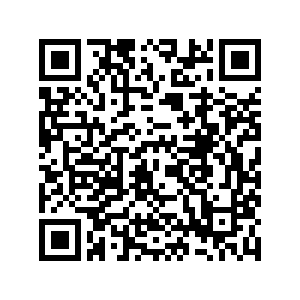 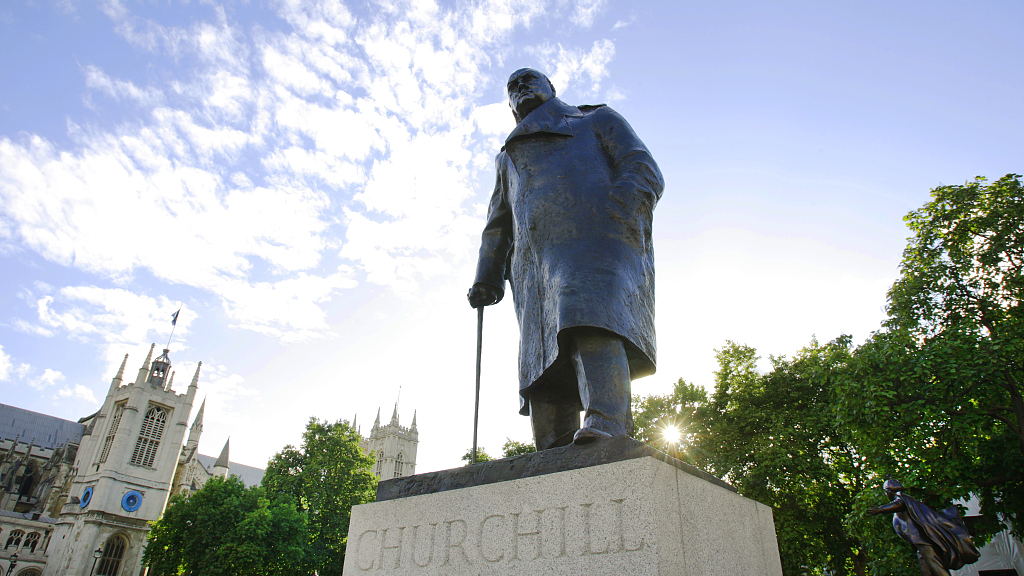 Never has there been a more critical time for keeping communication lines open to develop an understanding of China, and not since the Cold War has it been more difficult to do this.

The media is aflame with allegations, misinterpretations, racism and vilification. Faults lie on both sides.

Reflecting on World War II, British Prime Minister Winston Churchill observed that the greatest challenge was to fight the fascists without deploying the tools of the fascist state. This was Churchill's dilemma.

The free discussion, expression and testing of ideas requires open lines and methods of communication. It is the essential obligation of liberal democratic societies. Constrain this obligation and they cease to be both liberal, and ultimately, democratic.

Although Churchill was a strong believer in the value of secret intelligence, he also understood that fascism could not be defeated by creating an equivalent of the Gestapo, by burning books, or suspending civil liberties with secret trials.

He recognized that a society where policy was dominated by the security services was incompatible with a democratic society. It took great political and moral courage to take this stance when British cities were being bombed in the blitz.

Ultimately, it was the refusal to deploy fascist techniques at home and abroad that was the real savior of liberal and democratic ideals.

It is difficult to understand how the suspension of student and academic visas serves the purpose of encouraging debate and discussion which are the key foundations of any democratic society.

An understanding of language and culture is the foundation of peaceful coexistence. To suggest that a study institute focused on Western history is acceptable whilst a similar study institute focused on Asian or Chinese history is somehow subversive is to reject the very notion of education, learning and the challenge of reaching informed opinions.

At university, I read the history of Nazism and the political philosophy of the U.S. constitutional founder, Thomas Jefferson. Despite my study, I hold no truck with fascism, but the study of its philosophy and practice allows me to more quickly recognize the slide toward this ideological straitjacket where outrageous lies underpin public policy.

These issues are all at the core of Churchill's dilemma and it's a choice between informed intelligent discussion and propaganda driven policy. 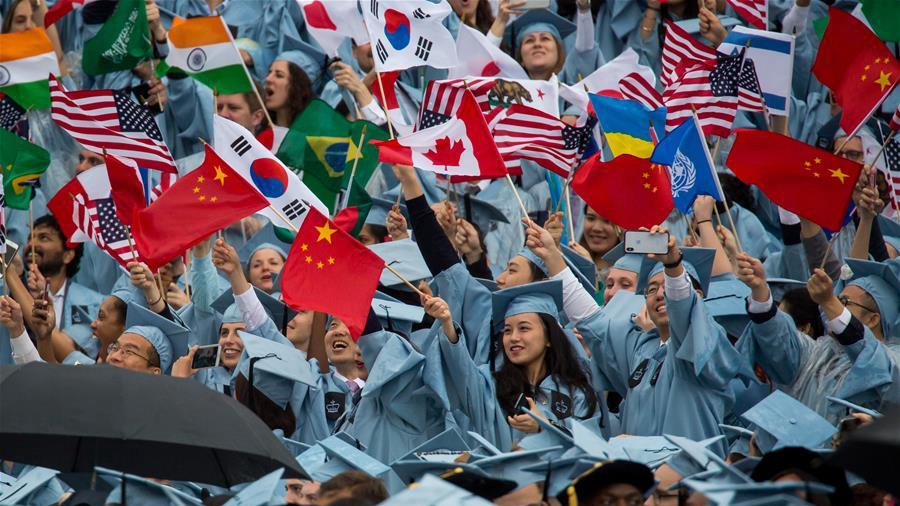 Graduates of School of International and Public Affairs (SIPA) wave flags during the commencement ceremony of the 264th Academic Year of Columbia University in New York, U.S., May 16, 2018. /Xinhua

Graduates of School of International and Public Affairs (SIPA) wave flags during the commencement ceremony of the 264th Academic Year of Columbia University in New York, U.S., May 16, 2018. /Xinhua

There are legitimate concerns around security, protection of state secrets, and countering foreign influence, but when this seeps out into a populist context they are magnified and often fail the test of legitimacy.

As arch-conservative, Samuel Johnston, noted in 1774, policy cloaked in patriotism is the last refuge of the scoundrel.

When these legitimate concerns are taken up as cudgels and used to constrain and frame policy debate then, as Churchill recognized, the democracies take a step incompatible with the very freedoms they profess to support.

It is challenging to develop an informed and appropriate understanding of China, its policies and action. Without open lines and means of communication that challenge becomes even greater.

It is much more challenging than developing the same understanding of liberal democracies like Germany or the UK, but that is not a reason to abandon the challenge.

The task requires us to dig deeper, to examine in good faith the alternative views of the way society is structured. Examination and discussion ought not be confused with acceptance or submission. Nor, as the Americans found in Vietnam, are hearts and minds won by blunt force trauma. What is required is balance. Balance requires open discussion and open discussion requires an arena of competing views with better communication channels.

The resolution of Churchill's dilemma is as urgent today as it was in 1941, and it is not achieved by gagging the tools of discussion which prevent understanding.