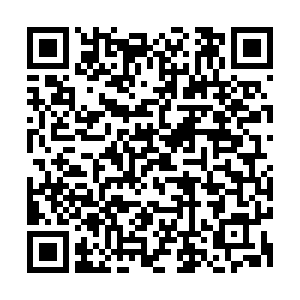 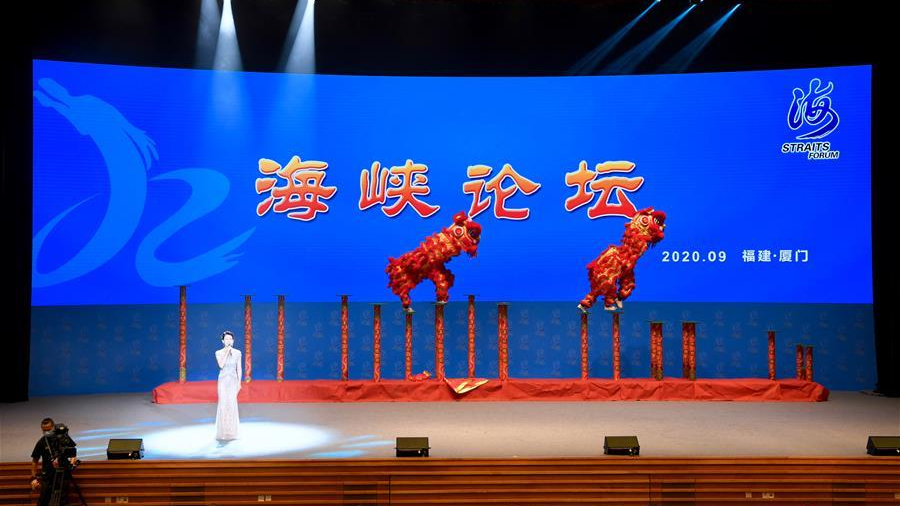 The 12th Straits Forum, which opened on September 19 in Xiamen, has become the largest non-political platform dedicated to promoting grassroots interaction, economic and trade exchanges as well as cultural integration across the Taiwan Straits since its inception in 2009. 46 activities are arranged for this year's forum to facilitate exchanges as well as communications between younger generations.

The annual event was held in the face of the huge challenge posed by the COVID-19 pandemic and the Democratic Progressive Party (DPP) authorities' obstruction in particular. Still, nearly 2,000 Taiwan compatriots from all walks of life attended the forum both online and offline, demonstrating their strong longing for developing closer cross-Straits ties.

As shown by the results of some latest surveys conducted by Taiwanese polling companies, around 60 percent of Taiwanese respondents call for establishing a closer and friendlier relationship with the mainland. A more detailed examination finds that more than 70 percent of young respondents, ranging from 20 to 29 years old, advocate more exchanges between both sides of the Straits.

Indeed, the past four years have witnessed a subtle change of public opinion in Taiwan, despite of high pressure exerted by the DPP authorities. This is mainly due to the integrated economic and social development across the Taiwan Straits that was first initiated by President Xi Jinping in 2014 and promoted by the mainland government over the past few years.

As part of the integrated development, the forum has played its role as a bridge, making it possible for more Taiwan compatriots and particularly younger generations to "chase and realize their dreams" on the mainland, as put by Wang Yang, China's top political advisor, when addressing the forum via video link on September 20. 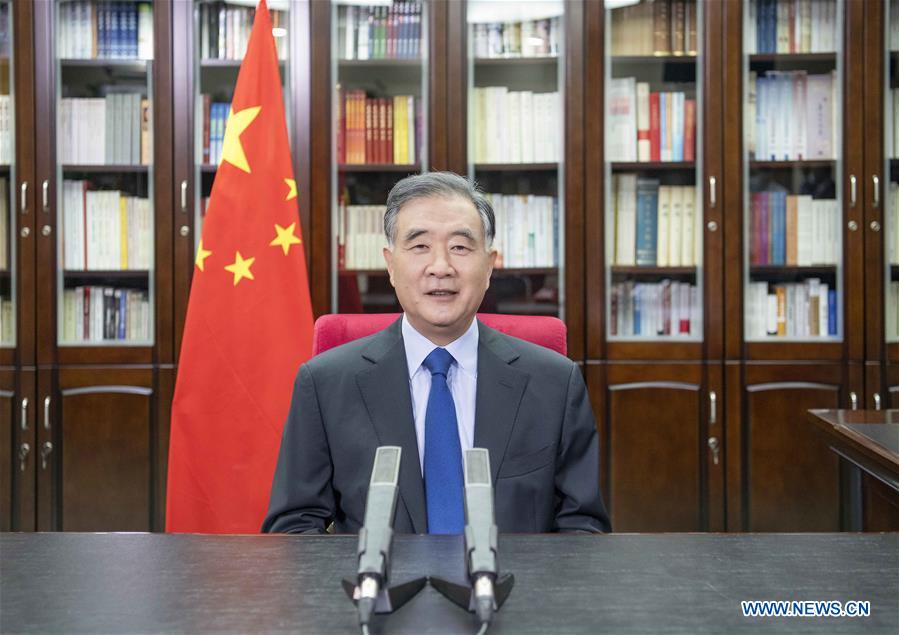 Wang Yang, a member of the Standing Committee of the Political Bureau of the Communist Party of China Central Committee and chairman of the National Committee of the Chinese People's Political Consultative Conference, addresses the 12th Straits Forum held in Xiamen in southeast China's Fujian Province via video link on September 20, 2020. /Xinhua

Wang Yang, a member of the Standing Committee of the Political Bureau of the Communist Party of China Central Committee and chairman of the National Committee of the Chinese People's Political Consultative Conference, addresses the 12th Straits Forum held in Xiamen in southeast China's Fujian Province via video link on September 20, 2020. /Xinhua

The forum further strengthens the mainstream public opinion that calls for peace and stability. This suggests that the DPP authorities' attempt to seek "independence" and disconnect from the mainland politically and economically is doomed to fail. Any political party that goes against the collective wish of the majority will be short-lived. As the Chinese proverb goes, "the water that bears the boat is the same that swallows it up."

Taiwan's main opposition party, the Kuomintang (KMT), should also draw a lesson from this case. The party has long enjoyed obvious advantage in dealing with cross-Taiwan Straits relations. Under the leadership of Ma Ying-Jeou, the KMT created the best period of peaceful development of cross-Straits relations between 2008 and 2016. But the absence of the KMT in this year's forum has considerably undercut its predominant role in cross-Straits affairs. This is more so in the current situation where China-U.S. relations are deteriorating.

Exchanges undoubtedly benefit both sides. The past 12 years have vividly illustrated the importance of communications between compatriots on both sides of the Taiwan Straits. Given the rapid and stable development of the mainland, and more preferential policies toward Taiwan implemented by the mainland, it is certain that a growing number of young Taiwanese people will be attracted to chase and build their dreams here vis-à-vis the island of Taiwan.

Therefore, for all Taiwan politicians who want to be elected as a leader of the island must now learn to listen to the voices of the majority that advocate a closer and friendlier relationship with the mainland. Taiwan compatriots' firm wills for peace, stability and prosperity of the Taiwan Straits must be seriously taken into account when making social, economic and external policies. This is the most important and practical implication that the 12th Straits Forum brings for Taiwan.