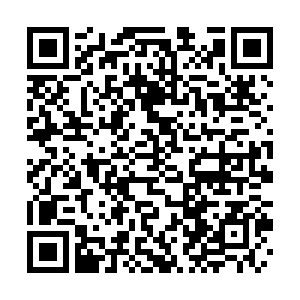 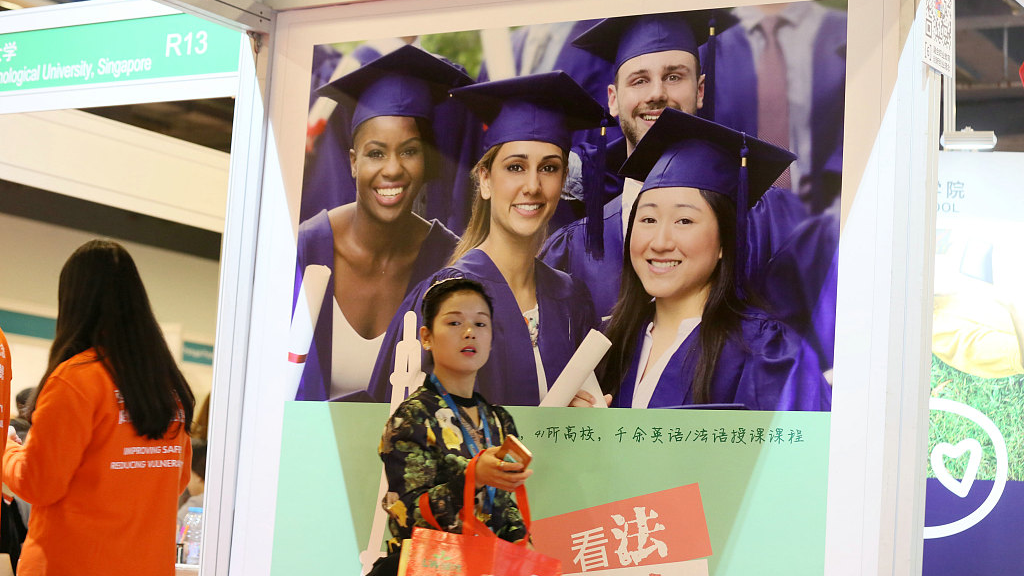 Duan Bai, a 19-year-old student has been dreaming of studying at The Paris Institute of Political Studies for three years. She was ecstatic when she was accepted into the school earlier this year, until the recent COVID-19 cluster infections in the school interrupted her plan.

Over 40 students in the renowned university tested positive of the coronavirus last Friday, and the school later decided to close the Paris campus for 14 days starting from Monday. Now, Duan has to take lessons from her home in China.

Countries across Europe are seeing a resurgence of COVID-19 cases after successfully slowing outbreaks early in the year. Among the countries, France is likely dealing with the most severe rebound. The country declared 13,498 new cases on Saturday, the highest figure recroded so far.

French Prime Minister Jean Castex on last Friday told reporters that there is a "clear worsening" of the spread of COVID-19, which has "not lowered in intensity" and "will still be with us for some months," adding the government is taking actions to curb it to avoid a "general lockdown."

According to France24, at least a dozen COVID-19 clusters have emerged in French campuses as schools opened this month. The resurgence has forced several schools to close, transferring to online classes. The change impacted thousands of students, especially those who came from overseas.

Campus France estimated that the number of foreign students will fall by 20 percent this year, especially those from Asia and the Americas. Its data shows that visa applications from Asian and American countries fell by 40 percent in September compared with that of last year though the French government promised in mid-August that it would grant preference to foreign students and researchers applying for a visa. 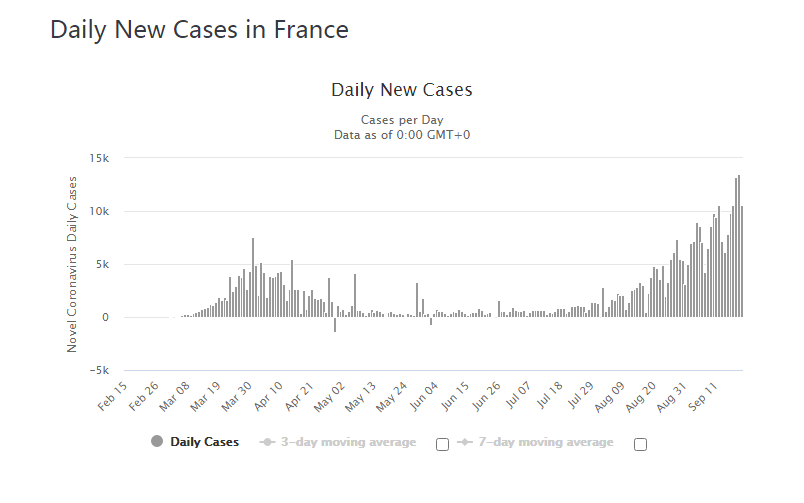 France is dealing with the most severe rebound of coronavirus in the Europe. /Screenshot from the Worlddometer

France is dealing with the most severe rebound of coronavirus in the Europe. /Screenshot from the Worlddometer

"I really want to buy a plane ticket to Paris right now," Duan said, "It will be great regret if I can't go there especially when I have dreamed of studying there for such a long time."

She said she was attracted by the university after she attended a lecture given by the school as a freshman in China. Since then, she set the school as her goal in the field of arts and humanities.

Despite the current situation, the girl stays positive as she believes that the coronavirus will eventually pass and the school will reopen once the epidemic is under control.

Though the coronavirus has disrupted plans for many prospective international students, research by QS World University Rankings shows that very few students thought of giving up their study abroad plans.

The research titled, "How COVID-19 is Impacting Prospective International Students Across the Globe" stated that though a large portion of international students are choosing to either defer or delay their entry until the following year, over 90 percent of them never thought of giving up the plan.

In China, only four percent of students expressed that they're no longer willing to to study overseas, though 66 percent said the pandemic had impacted their study abroad plans, according to the paper.

Duan's father said that the family considered the option of delaying entry as the university gave his daughter the offer at the peak of the epidemic in China, and soon European countries were overwhelmed by the epidemic, but they eventually respected Duan's decision as she was so determined and prepared a lot for the travel.

"She has her plan, and as her parents, we can only support her," the father said, adding though her daughter now is studying from home, they will eventually find a way out. 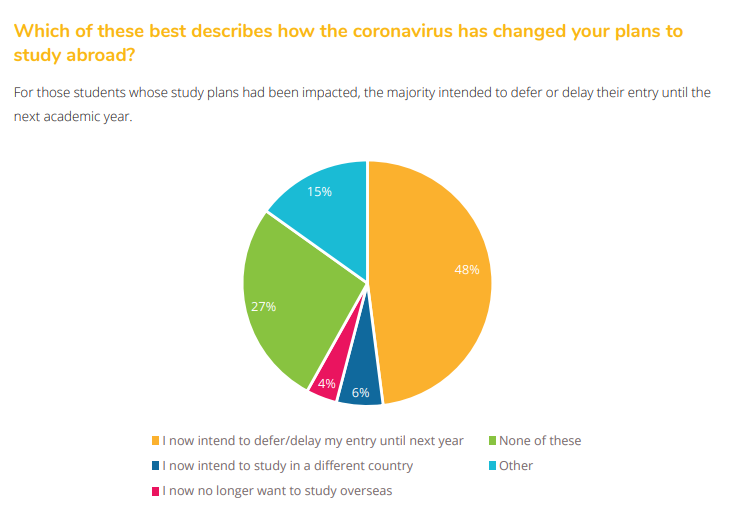 Similar as Duan, though France is experiencing a possible second COVID-19 wave, Xiao Lin never thought of delaying his plan as he is especially interested in the country and fond of its culture. Luckier than Duan, the school Xiao was admitted didn't close during the resurgence of COVID-19, and he arrived Paris on Saturday.

"Studying in France is not a rush decision. It's very cautious and well-planned. The pandemic is irreversible and I can't ignore it. But I can adapt myself to it and continue to pursue my dream," said Xiao.

His parents sent him off with over 200 face masks before he left.

"Our data shows that students' intention of studying abroad next year has been greatly reduced, especially for senior high school students who previously showed us their intentions to study undergraduate courses abroad, but now they are hesitating and can't make a decision," said Wei Nan, an education consultant in a study abroad agency.

Wei said that the data of the agency shows that the number of students seeking consultation from the agency has dropped nearly 30 percent compared with last year and he believes the drop is caused by the coronavirus.